Skip to content
Pip's Island » Copper Pipe vs PEX: Which is Better? 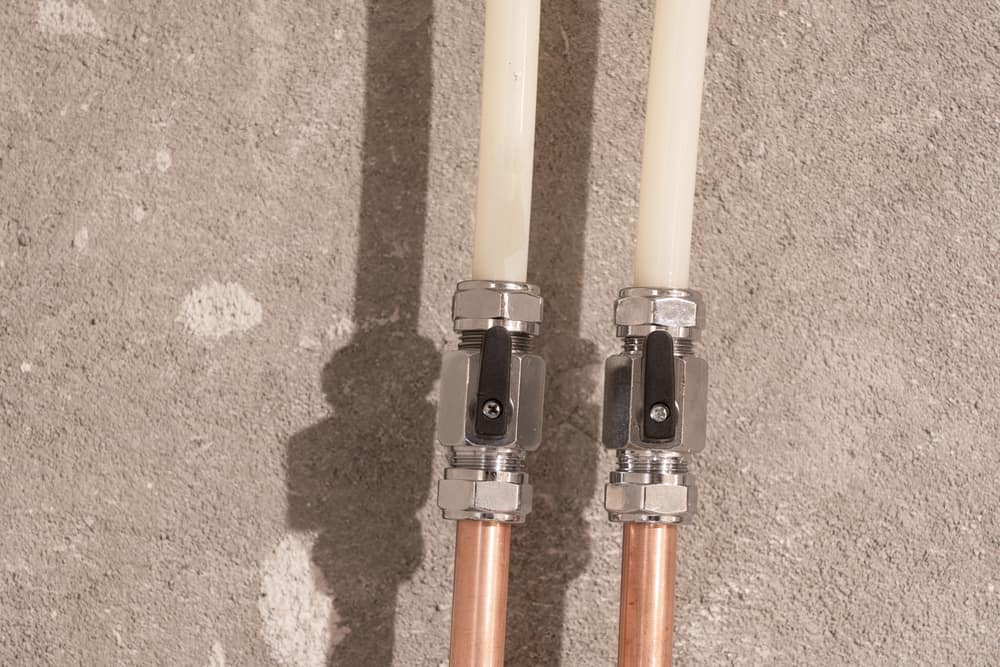 While copper pipe and PEX are common pipe materials, they feature several advantages and disadvantages that make either one better depending on the situation.

Copper pipe is better for long-term use, and you can use it above ground or in areas exposed to UV light. It has a much longer history and allows you to use fewer fittings.

PEX is significantly cheaper than copper. PEX tubing is a younger technology, so we know less about the potential harm. It works best for DIY projects, conserving heat, and areas known to freeze then thaw rapidly.

If you want to know which is better for your project, please read on to get more information!

The copper pipe comes from raw copper material mined from the earth. This mineral is either smelted or heated, then poured into molds to achieve its tube shape.

While copper has a long history of use, it only recently resurfaced to replace other metal pipes discovered to contaminate water with lead and other harmful materials.

Copper pipes are known for their durability. While they may require a greater base knowledge to use, learning how to work with copper pipes pays off. 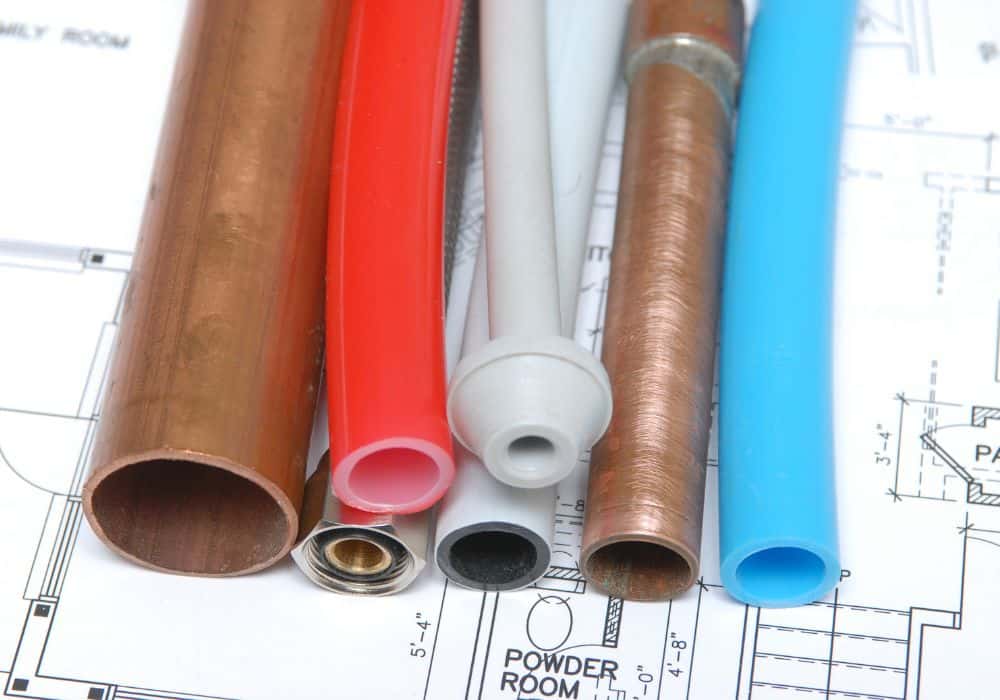 The process for making PEX pipe and tubing is less straightforward. In short, high-density polyethylene (HDPE) is heated using the Engel Method to cross-link ethylene molecule chains. This gives PEX its unique characteristics.

PEX pipes hold several advantages over copper pipes, including ease of use and low cost. The two may compete in some areas, but each material has situations where it is better suited.

Both copper pipe and PEX are common choices for water delivery pipes, but they differ in terms of:

These differences are what make them vastly different products, and they help you determine which one works better depending on the scope of your project.

Copper plumbing dates back to ancient Egypt, and it acted as the primary piping for North American water distribution until the early 1960s. This material has a much longer history than PEX, meaning that we know more about its pros and cons.

Copper remains a durable material used in many homes, but it’s not the only one.

German scientist Thomas Engel developed PEX in 1968, nearly 4 decades after it was formulated and shelved. Because of its application as continuous piping, durability, and light weight, it exploded in Europe in the 1980s.

North America took longer to adopt the material because the chlorine used to purify water in many regions would deteriorate the pipe. PEX was still used in floor heating systems until changes to the plastic strengthened it against chlorine breakdown.

Now, PEX is one of the most popular options for water supply lines in both residential and commercial buildings across the world.

The lifespan of both copper and PEX pipe is debatable, but copper tends to last longer with proper care. Expect a lifespan of 100+ years for copper and about 50 years maximum with PEX.

The durability of either pipe depends on a number of factors, many of which we will expand on later. PEX tends to degrade faster, even in proper conditions, whereas failures in copper, such as pinhole leaks, can show up much earlier than they would in PEX and be more difficult to correct.

Copper pipes are hard, so they won’t fail due to pressure or rodents nibbling like PEX might. They don’t deteriorate when exposed to UV rays, and they’re completely impermeable and work well both above and underground. 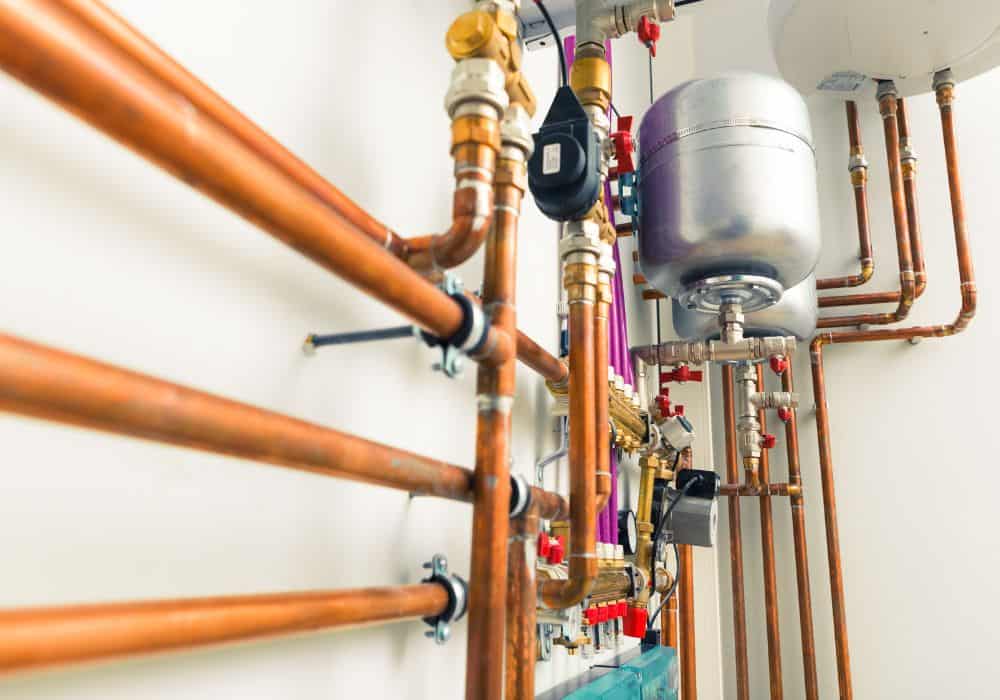 PEX will not run into corrosion issues in hard water conditions, and it’s less susceptible to issues from:

The actual lifespan and durability of the pipe depend on its exact type, but copper usually lasts longer as a general rule.

While copper pipes and PEX pipes have different compositions, they also come in different varieties to suit different situations.

Copper pipes come in four types when used for liquid or gas transportation. You can identify the pipe by looking for a K, L, M, or DWM on it or a corresponding color code. 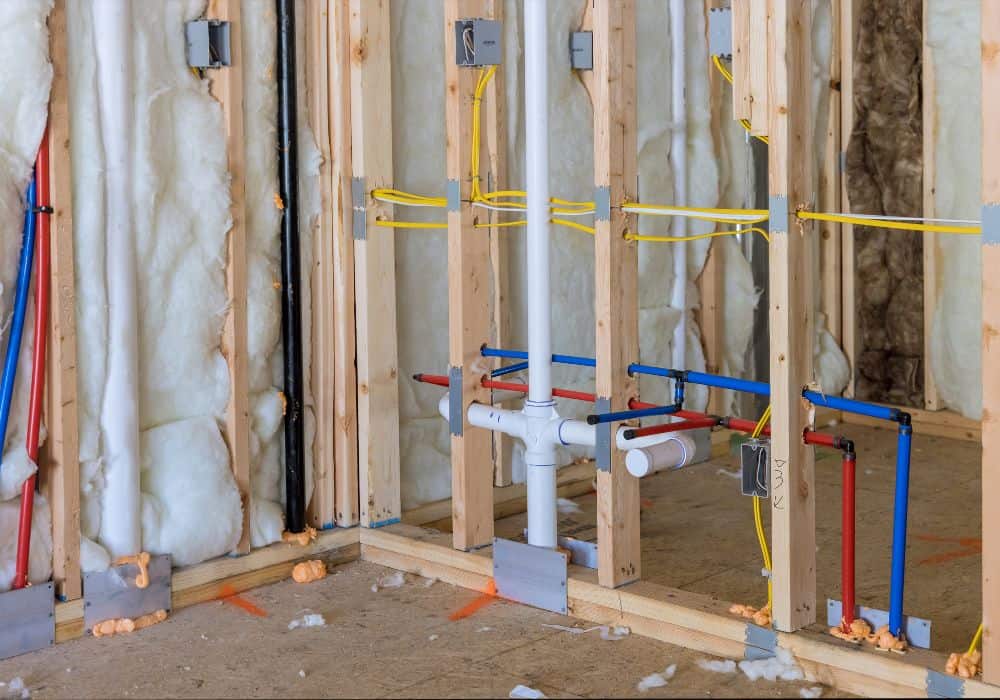 Like copper pipes, there are four types of PEX pipes. These types differ depending on how they’re made, including additives that determine their applicable use.

While there are plenty of PEX brands on the market, most follow the same standard for labeling pipes appropriately. PEX typing refers to additives and manufacturing, but different brands bear distinct qualities and grades.

PEX pipes come in a variety of lengths, ranging from 10 feet to rolls of 500 feet. Different colors usually help identify the use of the pipe: blue for water, red for hot lines, and white for miscellaneous lines.

Both materials come with certain concerns, including the potential to damage their environment or poison water supply.

Copper has a longer history of use and observation, and it’s yet to cause major problems. While it’s rare, high levels of copper are linked to:

Long-term exposure usually comes from unresolved issues in a compromised copper line, and they may lead to liver damage and (rarely) death.

Beyond these concerns, copper is antimicrobial and commonly used to purify water sources.

PEX has a much shorter history of research, and the various brands of PEX production cloud the results of any related research. PEX is more susceptible to contamination than copper.

A 2021 study evaluated water from 8 different PEX brands and found a total of 62 chemicals leached into the water they transported. Of these, about half are considered toxic (yet not carcinogenic).

More testing of PEX is required to accurately determine potential hazards, as current published work does not account for various factors, such as PEX fittings, or show a clear picture of PEX as a whole.

Because copper pipe and PEX have different features, they are better suited to different tasks.

Copper works well both underground and above ground, and you can use it for water or gas distribution. You often see chilled water mains with copper pipes, as well as drainage and vent systems, fuel and oil systems, oxygen systems, non-flammable medical gas systems, and certain heating systems (including solar).

Copper pipes cost as much as 3 times PEX pipe of the same length.

Prices vary depending on location and current price of materials, but copper will always be more expensive than PEX. While you can sell copper pipes to recoup your costs eventually, this doesn’t offset the expense.

Copper is immediately more natural than PEX, but it must be:

While the process may be less impactful than copper mining, PEX can only be repurposed. Burning it releases toxic fumes. 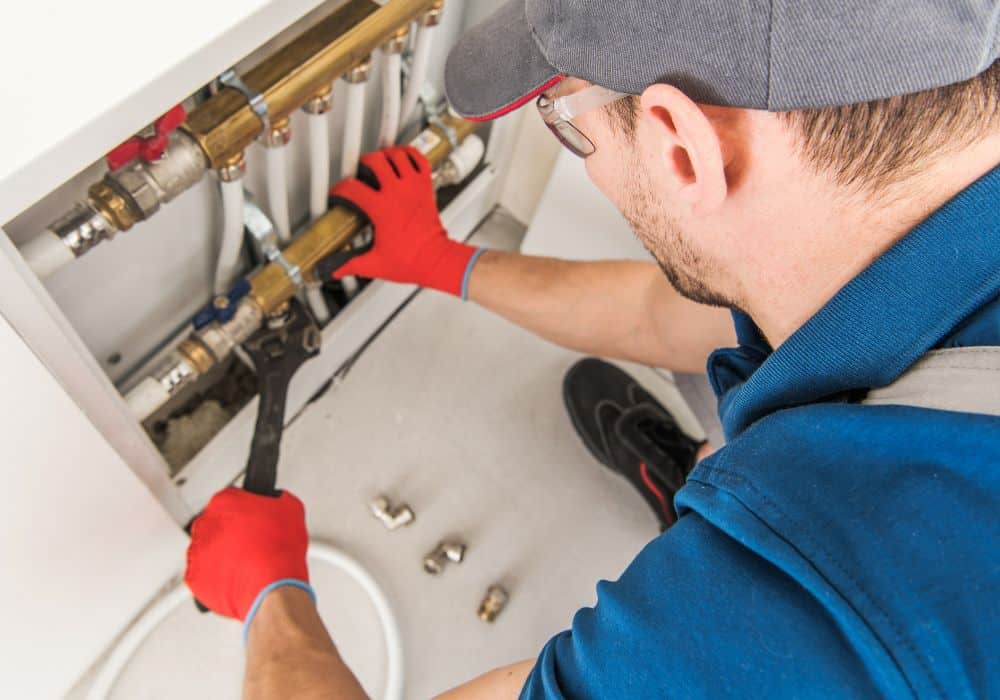 Copper requires more work for installation, including special bending methods and soldering for joints and fittings.

PEX, which is lighter and more flexible, is much simpler to install. Because the tubes are flexible, there is little worry regarding fittings or expertise, and you don’t need special tools for cutting or adjustments.

PEX requires more support in the form of brackets and clips, but fewer joints reduce the chance of leakage in these areas.

Copper acts as a conductor, making it less effective in extreme temperatures. Copper reduces the efficiency of hot water heaters by drawing the heat from the water. It’s more likely to break if the water it carries freezes.

PEX should be kept away from high temperatures, but it transfers water more efficiently from a hot water heater when installed after 18 inches of copper from the water heater. PEX also expands to accommodate freezing in lower temperatures and easily returns to its original size.

The PEX vs copper pipes debate doesn’t result in a cut and dry answer. In most cases, it depends on what your budget is and what you need the piping for.

Professional plumbers understand which material works best in different situations, and homeowners benefit from sharing this understanding. While there’s plenty of gray areas where you can use copper or PEX pipes, make sure there is no reason to avoid a certain material for your project.

Comment below with any questions or remarks you have on the copper vs. PEX debate.