Skip to content
Pip's Island » Corrugated vs PVC Pipe: Which is Better? 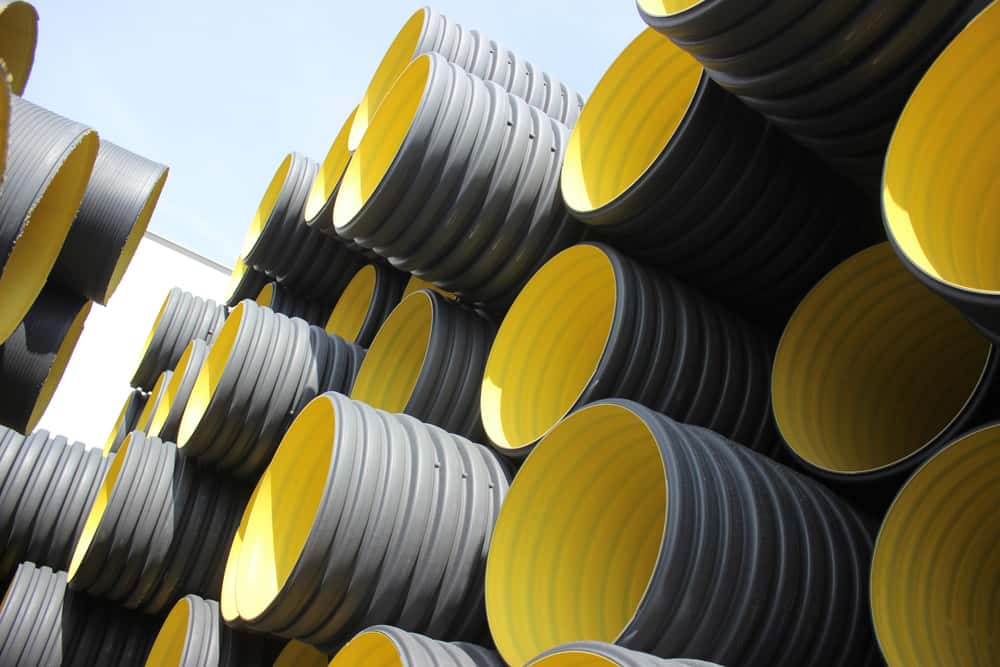 If you are considering using corrugated pipe or PVC pipe for a drainage project, it is important to understand the differences between the two types of pipe. Both have their own unique benefits and drawbacks that should be considered before making a decision. 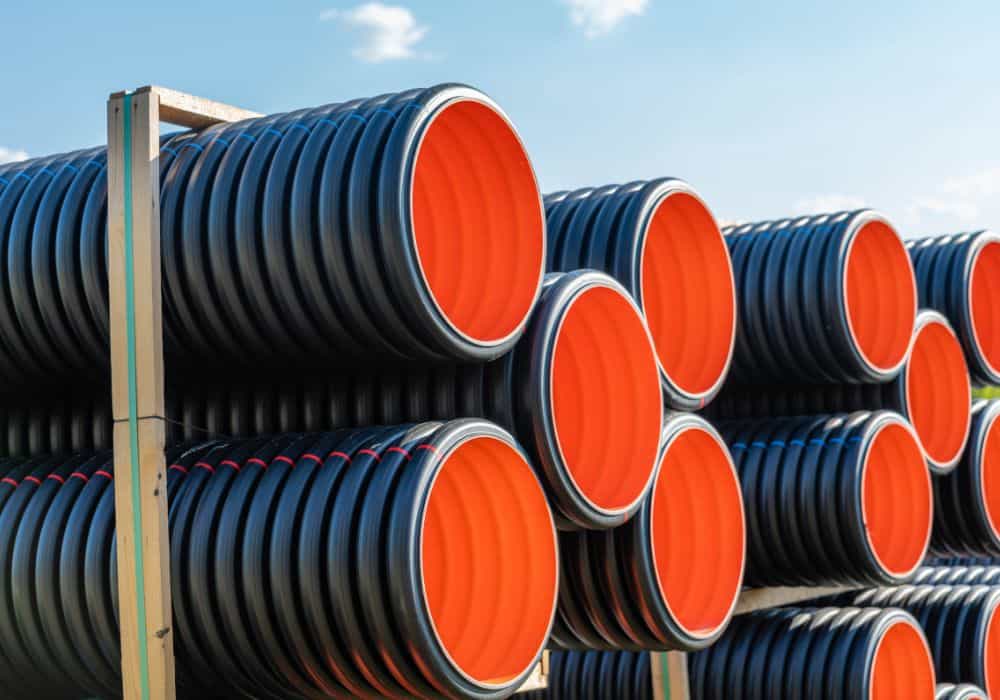 Corrugated pipes can be made from many materials, including iron, steel, and high-density polyethylene (HDPE). However, they can also be made from polyvinyl chloride (PVC).

As the name suggests, corrugated pipes are, in fact, corrugated, meaning that they aren’t solid pipes, but rather feature a series of ridges and grooves along their structure. It makes them much more flexible than other types of pipes, which is great for niche applications.

Corrugated pipes are super lightweight because they require about 60% less raw material to be made. Despite having thin walls, it’s relatively durable, thanks to the ridged design.

This type of pipe is available in a wide range of sizes, thicknesses, and materials and can be customized to meet the needs of any project. Such versatility is difficult to match with traditional pipes.

Corrugated pipes are often used in drainage and sewerage applications, as well as in the construction of culverts and storm drains. They are also often used to create underground storage tanks and reservoirs.

One of the main disadvantages of corrugated pipes is that they are not as strong as other types of pipes and can be easily damaged if they are not installed properly. They are also more likely to collapse under the weight of debris.

If you are planning to use corrugated pipes for a project, it is important to make sure that they are the right type of pipe for the job and that they are installed correctly.

You have to consider the height of the ridges, which determines the degree of corrugation and flexibility, and the material, each carrying its own pros and cons. 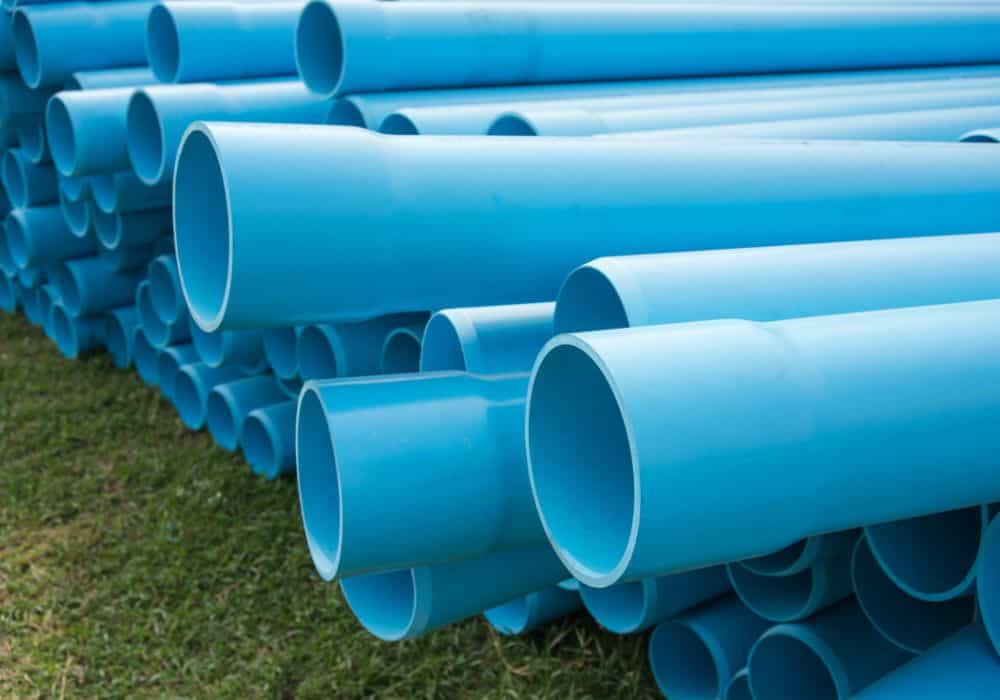 Solid PVC pipes are made of a type of plastic called polyvinyl chloride. They were first introduced in Europe in the 1940s and quickly spread all across the globe because of their low price, high durability, long lifespan, and easy maintenance.

Today it’s one of the most popular types of pipes, and they can be used for numerous applications, including the distribution of drinking water, drain-waste-vent (DWV) systems, and gutters for rainwater.

In general, PVC pipes are much more durable than corrugated pipes. It’s because solid PVC pipes have thicker walls, which can’t be penetrated by roots or crushed by the weight above.

The wall thickness of PVC pipe depends on its size and so-called Schedule. The vast majority of solid PVC pipes are Schedule 40, Schedule 80, or the thickest Schedule 120.

They range from a couple of millimeters to over a centimeter in thickness, while corrugated PVC pipes are much thinner, usually just a fraction of a millimeter thick.

PVC pipes are available in a much wider range of sizes than corrugated pipes. For example, a 4″ diameter PVC pipe can be used for most residential applications, while a 24″ diameter pipe is mostly used for commercial and industrial applications.

On the other hand, the sizes of corrugated PVC pipes are limited, and it might be more difficult to get the size you need for your project.

Solid PVC pipes are usually cheaper than corrugated pipes. This is because they are more demanded, thus can be mass-produced on a larger scale, minimizing the costs. However, the price will also depend on the size and quality of the pipes.

Corrugated pipes are often more expensive than PVC pipes because they are not as widely available and are usually made from more expensive materials. The price will also depend on the size and quality of the pipes.

Corrugated PVC pipes are easy to work with because they’re extremely flexible and lightweight. That said, these two features also make them pretty difficult to install properly, because you have to take into consideration more factors, including water pressure, environment, and so on.

In comparison, PVC pipes are much sturdier, which allows them to be installed underground because there’s little risk of them breaking from the weight above. They’re also lightweight compared to metal pipes, which makes them easy to handle.

However, corrugated pipes can be bent and installed at nearly every angle, while solid PVC pipes have to be installed with the consideration of angled fittings.

Usually, you can only find elbow fittings with 45-degree and 90-degree angles, which change the direction of the piping. In comparison, when you’re working with corrugated pipes, you don’t need really need special fittings to change the angle of the piping direction. Its flexible nature offers easy turns.

Additionally, you don’t need to use glue or other adhesives when working with corrugated pipes, while that’s something you need to consider when installing solid PVC pipe systems. 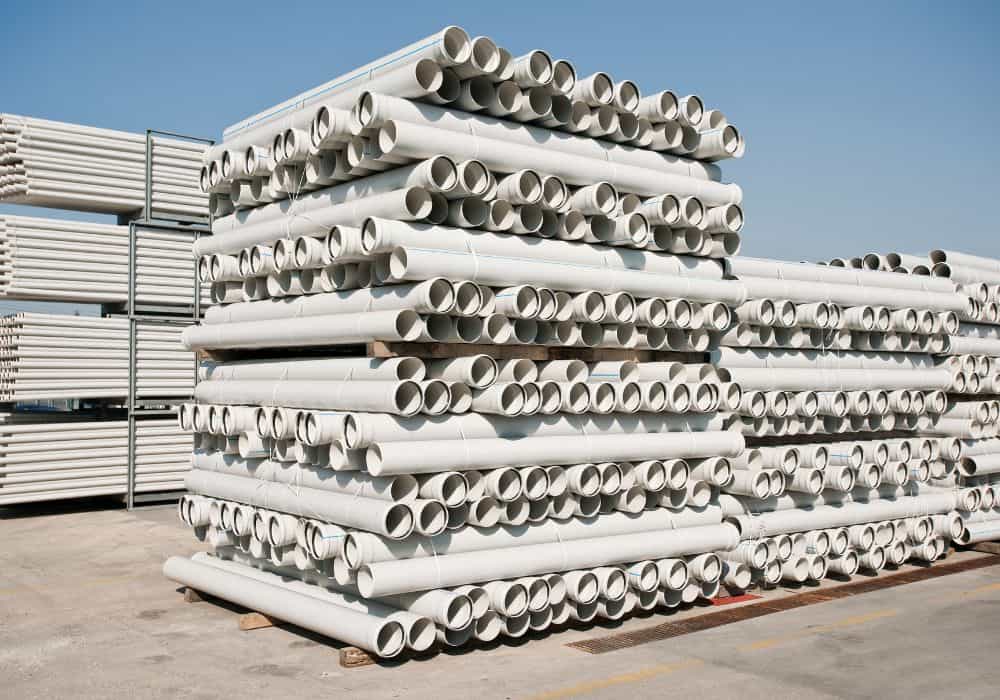 Solid PVC pipes have smooth interiors, which makes them prone to clogging. This is because the smooth interior provides very little resistance to the water flow, and over time, small particles can build up and cause a blockage.

In comparison, corrugated pipes have a much rougher interior, thanks to the ridges that make them corrugated in the first place. This corrugation results in turbulence that provides more resistance to the water and prevents clogging.

However, corrugation can also make it harder to clean the pipes if they do become clogged because you have to clean all the ridges, which can be tedious if done by hand.

Both, corrugated and solid PVC pipes are very low maintenance. The only thing you really need to do is make sure that they are properly installed and that there are no leaks.

Both, corrugated PVC pipes and solid PVC pipes have some of the longest lifespans out of any pipe type. PVC is incredibly resistant to corrosion and the elements, which makes the pipes last over 100 years.

That said, this material is relatively new, which makes it difficult to state for a fact how long a PVC pipe, whether corrugated or solid, can last.

In comparison, solid PVC pipes can’t be coiled up, and if you’re planning to use long pieces of PVC pipe, you’re going to need an appropriate vehicle that can fit them.

Even if you’re using short PVC pipes that you’re going to join with fittings, they will still take up much more space compared to corrugated pipes.

Now, if you’re planning to use metal corrugated pipes, they’re going to be heavier than solid PVC pipes, but you can still coil them up, making transportation easier.

PVC can be 100% recycled up to six times. As a result, it’s a very environmentally friendly material to use for plumbing. Most metal corrugated pipes are also recyclable.

The only concern is if you’re going to use high-density polyethylene (HDPE) corrugated pipes. They are very common, because they’re more durable than corrugated PVC pipes, while still offering most of the benefits of being corrugated.

However, recycling HDPE is more difficult than PVC. That said, HDPE is still an environmentally friendly material, so if you care about the environment, you shouldn’t worry too much about using it. 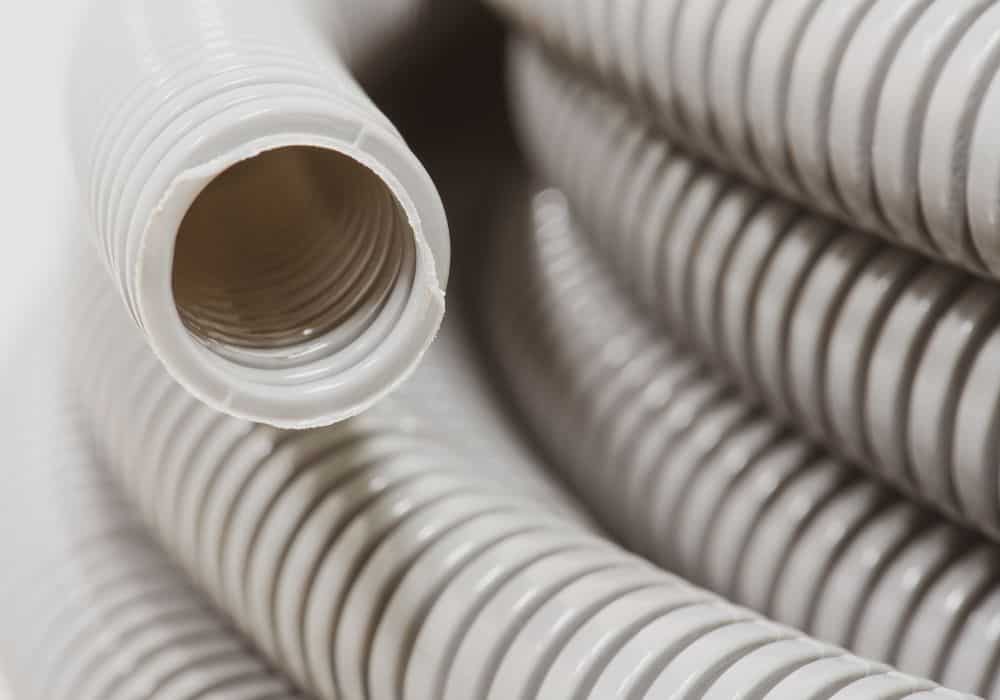 PVC pipes are not the most aesthetically pleasing, but they can be painted to match the surrounding area. However, painting PVC pipes can be difficult because the paint doesn’t always adhere well to the material. The painting process can be rather tedious.

Corrugated pipes are usually black, and are also not the most aesthetically pleasing, but they are usually buried underground, so it’s not a big issue.

The answer to this question depends on the specific needs of your project. In general, solid PVC pipes are better for most applications, because they are more durable. When installing PVC pipes, you don’t have to worry about tree roots perforating the piping system, resulting in losses.

However, if you need a more flexible pipe that can be installed in incredibly limited spaces, then corrugated pipes are a better option. You don’t have to worry as much about getting various fittings, joints, and couplings for the system.

While solid PVC pipes are usually cheaper than most corrugated pipes, you’re going to pay more for labor when installing solid PVC pipes. It’s because they’re more difficult to work with, and requires longer installation time, which in turn makes the labor cost higher.