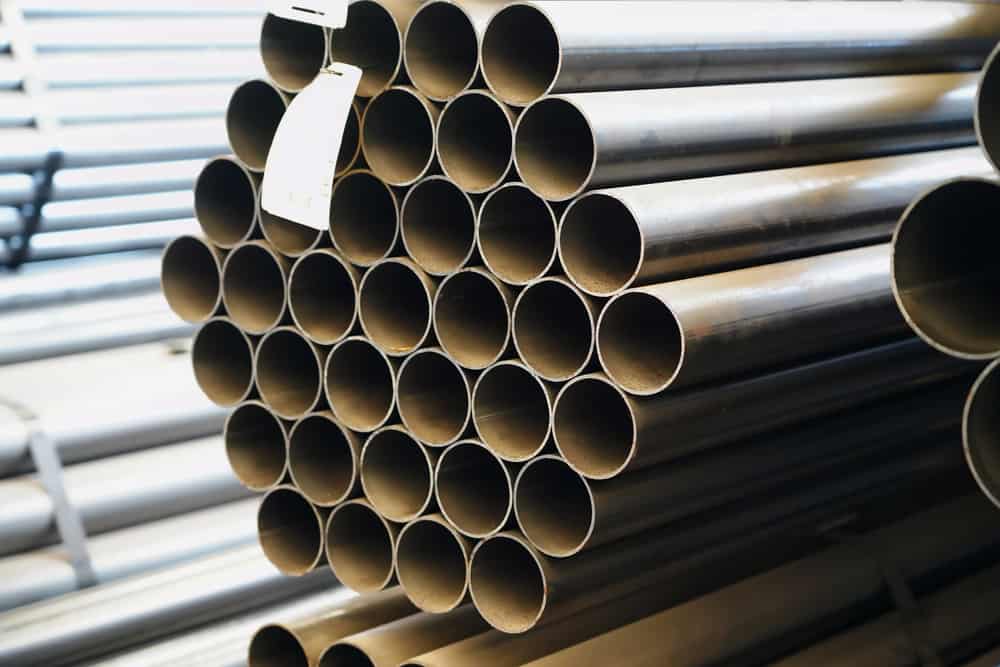 Comparing an ERW pipe, i.e. an electric resistance welding pipe to a seamless pipe can be both simple and quite complicated, depending on how deep in the specifics of each type you want to get. So, ERW vs seamless pipe – what are the characteristics of each type, how are they different, and which should you choose for your project? Let’s find out below.

ERW or Electric Resistance Welded pipes are stainless steel pipes made out of strips or coils of steel that have then been welded longitudinally into pipes. The diameters of ERW pipes can be anywhere from 2 3/8 to 24 inches but no more than 24” as the circumference of the pipe is dictated by the width of the steel strip or coil it’s made out of.

When an ERW pipe is being cold formed from a ribbon of steel it is pulled through a series of rollers into a tube. Then, it is fused with an electric charge. Here is a neat video illustrating the whole process.

Because of how they are created, ERW pipes always have a longitudinal seam running through them which gives away how the pipe has been manufactured. The weld seam isn’t noticeable with the naked eye, however, unlike with certain other types of welding processes such as double submerged arc welding which leaves a clear welded bead.

The seams of ERW pipes don’t require any filler metals added to the base material as the contact welding is done by simply heating the edges of the steel plates with a high frequency current.

Because of this manufacturing process, ERW pipes have impressive strength and durability, their price is quite affordable, and their production is safe and easy.

Still, because there is a welded joint, even if it’s unnoticeable, ERW pipes don’t handle major pressure as well as the seamless pipes we’ll discuss next. So, ERW pipes are mostly used for medium or low pressure applications such as the transportation of water and oil.

As the name suggests, seamless stainless steel pipes are pipes made with no weld point, joints, or seam. Instead, the way to manufacture them is by heating a solid steel billet and casting it over a piercing rod to form a hollow tube out of the billet.

The main benefit of this process lies precisely in the lack of a weld current. This is key because the weld zone in the cross-section of ERP steel pipes is their weakest point. The lack of a seam also gives these pipes far greater corrosion resistance. That’s because, while the steel ERW pipes are made of is resistant to corrosion too, the welding seam is not, even though it is 100% steel too. 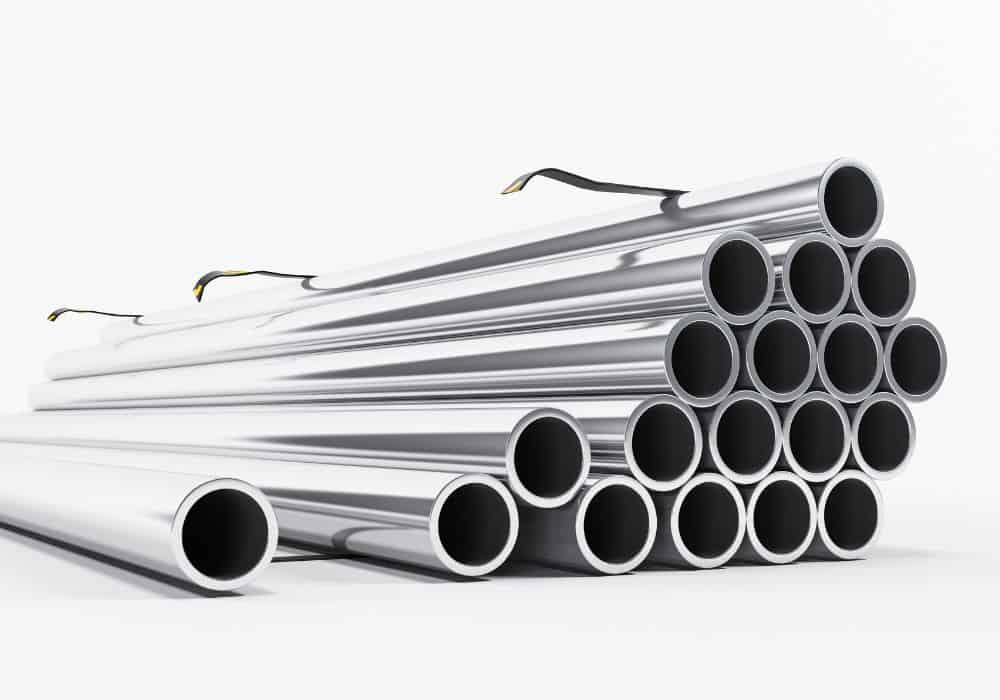 By not having such a weakness, seamless pipes have a much greater overall durability and can be used in areas and for purposes that exert greater pressure on pipes such as hydrocarbon industries and refineries, onshore and offshore oil and natural gas pipelines, drilling, exploration, and transportation, the automobiles industry, boilers, bearings, hydraulic and air cylinders, and others.

This greater mechanical strength also comes with some drawbacks, however, such as the more complicated manufacturing process, much higher price, occasional inconsistent wall thicknesses, and more.

ERW steel pipes and seamless steel pipes both come in the most common sizes and a variety of lengths. They are also both usable in many different areas and for many different jobs but the welding process used to make ERW pipes is the key distinguishing factor between the two as the presence of a welded seam slightly compromises the structural integrity and strength of the pipe.

Still, it’s important not to overstate the significance of an ERW’s seam as these pipes are still capable of withstanding impressive degrees of pressure. Additionally, recent technological improvements have continued making newer generations of ERW pipes better than before and the difference between ERW and seamless pipes grows smaller year after year.

So, let’s go over the several key areas of the ERW vs seamless pipe comparison:

Because the manufacturing process of ERW stainless steel pipes is so easier, safer, faster, and cost-effective, the pipes themselves are also much more affordable than their seamless counterparts. Of course, the end prices can vary between the different manufacturers but here’s one example from a large piping producer:

As you can see, in many cases, the prices of seamless pipes can be as much as 150% or more of those of ERW pipes of the same grade. This difference becomes even more significant if you want to purchase great quantities of piping.

The exact durability to pressure of each pipe should be noted on the pipe itself. Each pipe comes with its own pressure rating which can vary greatly depending on the particulars of the pipe such as wall thickness, its diameter, and so on. Overall, however, seamless pipes have a greater pressure rating than ERW pipes.

Typically, pressure ratings are calculated via Barlow’s formula which calculates the allowable stress of each pipe in relation to its yield strength (measured In psi) and design factor. 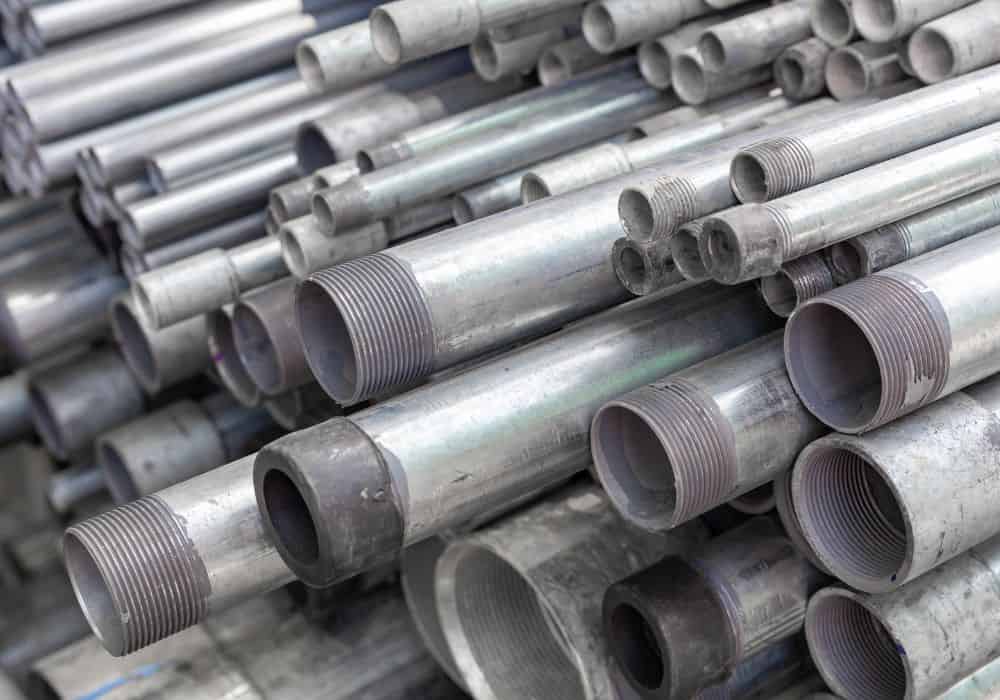 In short, you can expect most seamless pipes to be used for high-pressure jobs such as oil and gas piping whereas ERW pipes are usually preferred for low and medium pressure situations as they are good enough for those whilst being more affordable.

All steel pipes are expected to be corrosion-resistant but ERW pipes can have problems with that as their seams can slowly degrade over long periods of time when exposed to corrosion. This makes ERW and other welded types of pipes immediately disqualified from certain uses in favor of seamless pipes.

How to identify the difference between ERW vs seamless pipe yourself?

1. Look at the pipe standards and specifications

The easiest way to identify the type of pipe you’re looking at is to look at the stencil with the pipe standards and specifications on the side of the pipe. So, for example, if the stencil says that you’re looking at an ASTM A53, that’s a seamless pipe as the “S” in the name stands for “stainless”.

If you can’t look at the stencil for whatever reason, another method to find out what type the pipe is is to use UV examination. Simply use the UV light to look at the grain structure of a part of the pipe.

If it is an ERW pipe, you should be able to see a noticeable difference in the grain structure where the seam is, even though it’s not visible to the naked eye. A seamless pipe, on the other hand, will have the same structure throughout its whole cross-section. 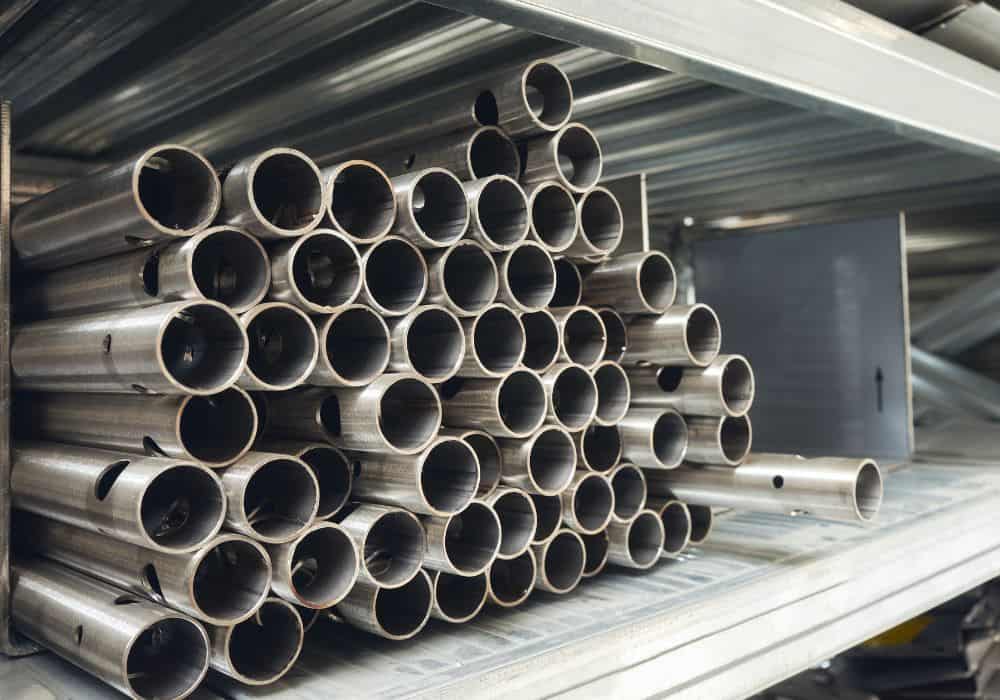 If you can’t find the seam with UV light but you’re still not 100% sure what you have is a seamless pipe, it’s best to consult with a professional before using the pipe for anything. A professional inspection will be able to tell you exactly what the pipe is, what are its specifications, and what can you safely use it for.

In conclusion – ERW vs seamless pipe

The choice between an ERW pipe and a seamless pipe is more complicated than just “affordability vs quality” even if most people try to present it that way. Yes, ERW pipes are more low cost and their welding seam can be an issue in certain cases but the manufacturing process of ERW pipes has gone a long way in the last few years and they are of much greater quality than they were before.

So, when reading about the “limitations of ERW stainless steel pipes” online or listening to certain experts, it’s important to remember that their information is often outdated. Additionally, every manufacturer produces pipes with different specifications. So, both seamless and ERW pipes can vary greatly in quality depending on who you’re getting them from.

In other words – to get the best pipe for the job you should know exactly what you need and what are the precise specifications of the pipe you’re getting, whether it’s ERW or a seamless pipe. For most residential needs, a high-quality ERW pipe should work just fine as long as the risk of corrosion or high-pressure accidents isn’t present.