Skip to content
Pip's Island » H Pipe vs X Pipe: Which Is Better? 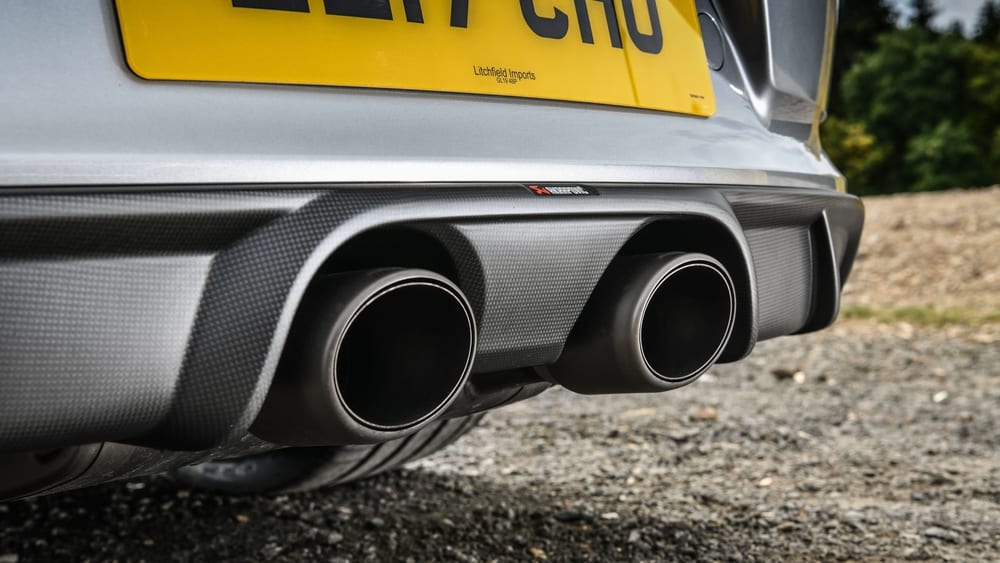 H pipes and X pipes are common for motorists as these materials are usually used as a vehicle’s exhaust. But, if you are assembling one or doing some modifications to your car, you might wonder, which of these would be better?

Generally, these materials, also known as mid-pipes, are used to equalize gaseous compounds. But, the question is, do they offer the same benefits and effects or you can choose any of these two?

In this article, we will discuss what H and X pipes are, how they differ from one another, and which of these is most suitable for your car needs.

What is an X Pipe

The design of x-pipes is what sets them apart from other pipes. Literally, these pipes have an X shape, as you would have imagined. They are made by combining two pipes that cross in the middle to form an X.

Additionally, these pipes are the most commonly used ones in exhaust system customization as the flow of exhaust gasses is made more possible by this form.

In automobiles, these often have a higher pitch and a hoarse tone. They are a common option since they emit less power than H-pipe exhausts.

Also, these pipes offer much greater torque and horsepower compared to other pipes. Remember, the more horsepower produced, the smoother, freer-flowing exhaust pressure and less back pressure. 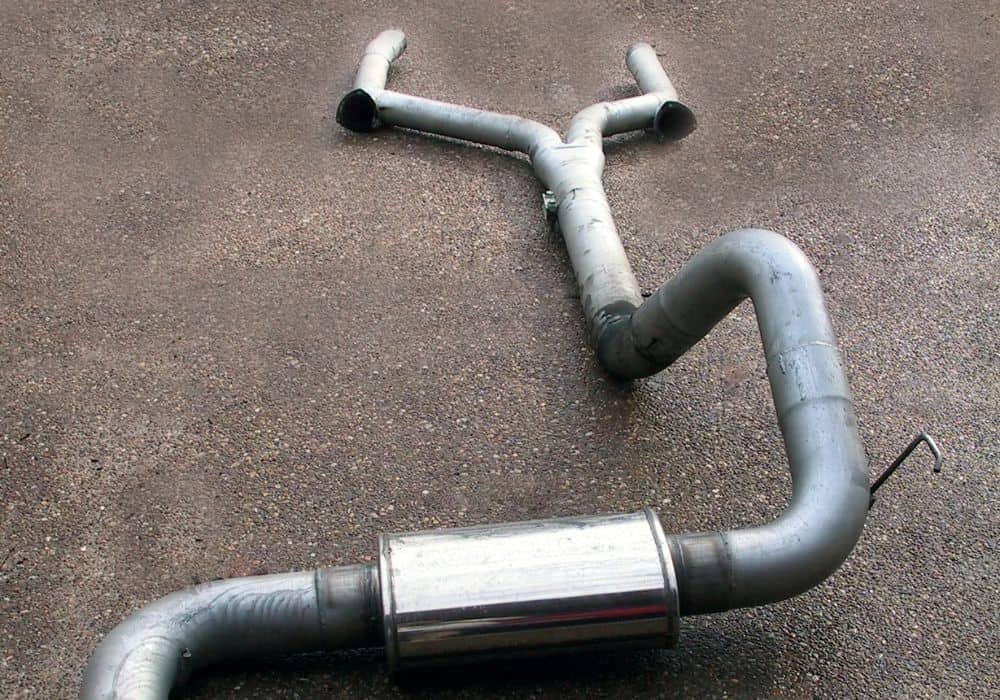 If you ever encounter a car with superior sound, this is because that car has an X pipe installed in its gas exhaust system.

As exhaust gasses attempt to squeeze by the second column of gasses coming from the opposite side at low RPM, turbulence is created.

Through the installation of an exhaust crossover pipe, these pipes divide this disarray into two consistent streams, enabling a constant engine header flow.

An X-pipe exhaust is also known as a crossover pipe. This pipe works by allowing the gasses to move from side to side considerably more smoothly.

If the pipes were slightly curved inward towards one another and connected directly as opposed to through a connecting pipe, this leads to increased flow, less backpressure, increased opportunity for scavenging, and a higher-pitched, raspier tune.

Also, X pipe is more efficient at using fuel and performs better with little time input. It makes your money worthwhile if you have V6 or V8 cars.

If you ask car enthusiasts, especially those who own ford and mustang, they will surely agree with this!

What is an H Pipe

Moving on, there is also an H pipe that is also used in car restoration. The cylinder banks are balanced by exhaust expansion, which is how H-pipe exhausts get their name.

In this type of exhaust pipe, gasses can expand into a short portion of tubing between the main pipes during exhaust pulses.

Generally, this pipe consists of a single piece of pipe bent into the shape of a letter H with a branch to direct exhaust gas to each side of the vehicle.

If the engine cylinders require more air, certain H pipes include split branches with additional tubing. Eventually, both sides push back and forth in the center, but very little exhaust travels from one stream to the other. 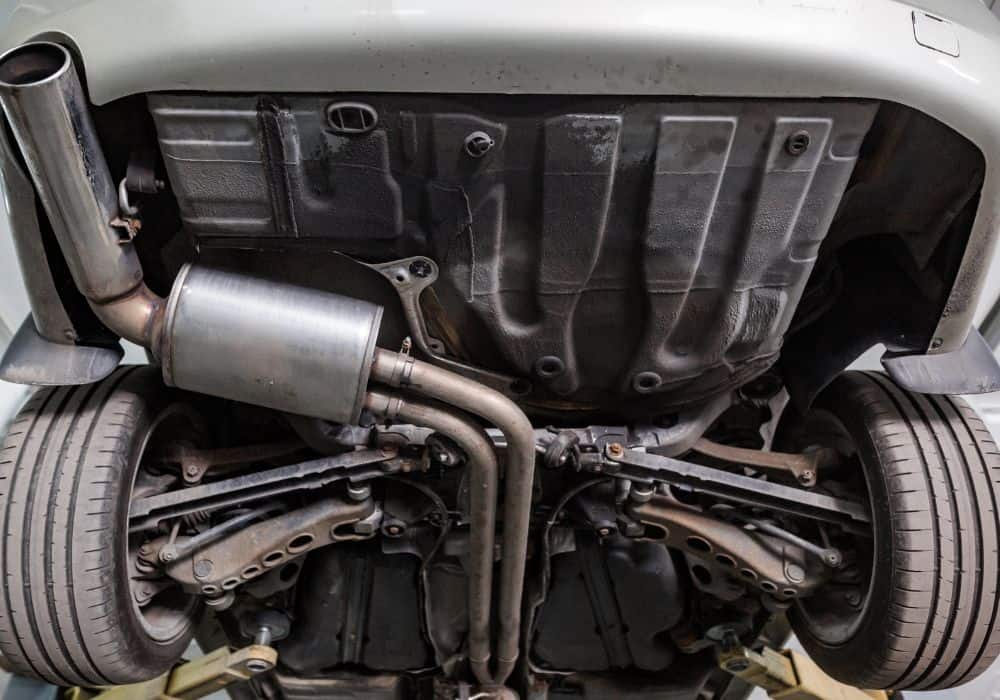 One of the features of H pipe is its low restriction. This attribute allows performance gains to be felt and sound to be hoarser at low revs.

Remember that these minute variations in power and torque are hardly noticeable to the driver, some people may not find them to be a major worry. In order to increase horsepower, it is ideal to lessen back pressure. However, the slight back pressure created by the H pipe enhances low-end torque and overall performance.

H pipes provide a more traditional but forceful growl and are better at balancing tone. However, they are less effective than an X-pipe at balancing the exhaust gas flow from the exhaust manifold to the muffler.

Characteristics of an H Pipe and an X Pipe

Now, if you want to upgrade your car and find the best exhaust that can equalize gas through the rest of the system, you would usually choose between an H pipe and an X pipe.

But, which of these two is better? In this section, we will tackle some of the characteristics of these pipes.

The materials used in manufacturing these two exhaust systems are usually aluminized steel. However, some manufacturers sometimes use stainless steel for X pipes.

X pipes are easy to produce and H pipes are kind of more strict. This means that H pipes are a little more expensive than X pipes.

As we all know, these exhaust pipes are affordable for all. So, little investment is only required. However, if you are buying one, you might still want to go for the best quality and those that come with a warranty.

The difference in the sound between an X pipe and an H pipe is also minimal. Usually, the former produces 2-4 more energy or horsepower with a system venturi effect than the latter. This effect forces exhaust fumes out of the automobile barrel more quickly. When this occurs, this causes a little increase in horsepower.

At lower RPMs, you can notice an H pipe more. On the other hand, you can hear an X pipe more at higher RPMs. Comparing the two, the latter gives a more seamless transition while the H-pipe requires the exhaust to make a sudden intense sound.

Furthermore, logically speaking, X pipes appear to be the winner in terms of pure power, but H-pipes also have a number of benefits.

The placement of the crossover portion on the exhaust system is more flexible with H pipes and they are also more adjustable because there are more options available for the crossover’s length, the tube’s diameter, and the size and position of the transfer hole.

Generally, there are neither advantages nor disadvantages when comparing these two exhaust types when it comes to sound since overall, the sound differs more from performance than either one does. 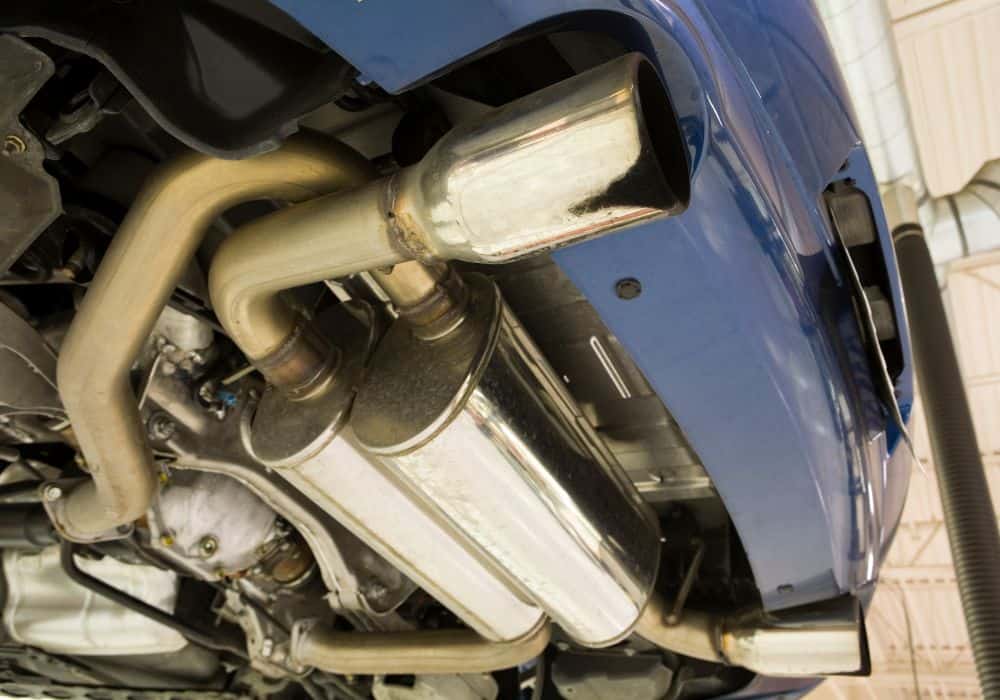 Many car modificators and assemblers will always tell you that personal choice is all that matters.

Many aftermarket header-back exhaust systems have an integrated X pipe or H pipe because of the substantial performance advantages of balance pipes. As a result, buyers looking to purchase a full exhaust system may easily add a balance pipe with only a few mouse clicks.

Generally, it only takes a few connections to complete the installation of an X pipe, making it easier to install than an H pipe. The “X” can be linked to the intermediate pipes at the back once the front portion has been soldered to the collector pipes.

Although an X pipe was never intended to fit into an A-body car, the transmission tunnel is the perfect place for one because it is close to the header collectors. Additionally, there is plenty of ground clearance at this position.

Choosing Between an H Pipe and an X Pipe

Before you choose what to use in your car’s exhaust system, you might want to consider the following factors:

The first factor to take into account when choosing between an X pipe and an H pipe is sound. The latter has a lower pitch and more of a growling sound, whilst the former is often higher pitched and raspier.

There are some variations in horsepower and torque as well. Comparatively speaking, H pipes have better torque while X pipes often have more power.

This means that for daily car use, X-pipes would be a better option in such situations.