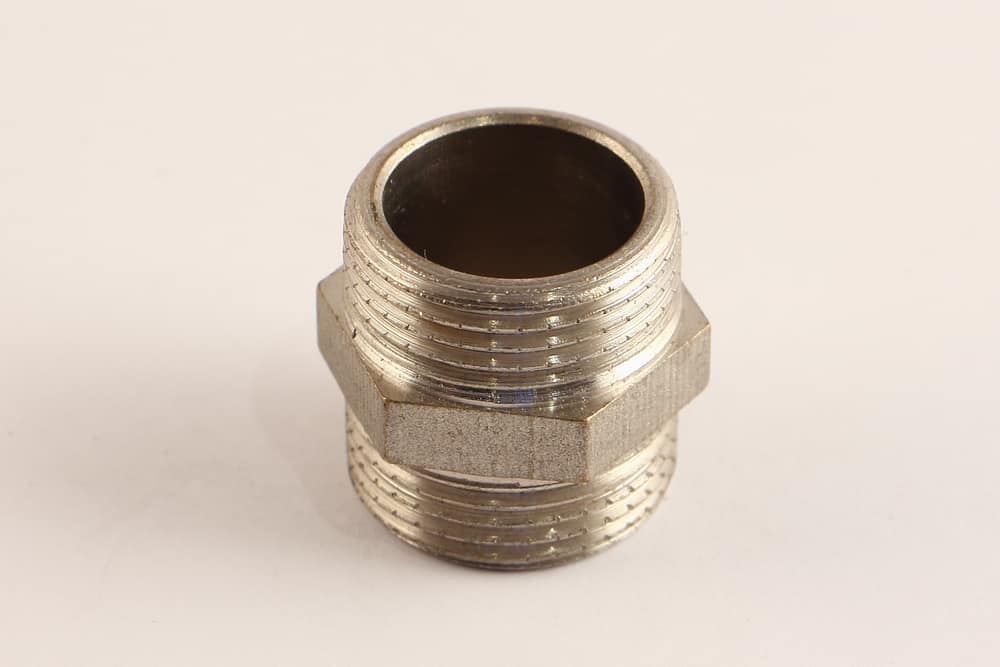 Are you doing a DIY plumbing project and wondering how pipe nipples are measured? Or perhaps you are a plumbing rookie curious how to measure pipe nipples?

Ordering the right size nipple is important in any successful plumbing installation. This small but crucial pipe fittings make all the difference in guaranteeing leakage-free low-pressure piping systems.

So, just how are pipe nipples measured? This is a common concern among plumbing newbies looking to understand pipe fitting dimensions.

Determining pipe nipple size is straightforward as you will find out in this guide. Read on for details on pipe nipples and how to measure the dimensions accurately when ordering these necessary fittings.

What Is a Pipe Nipple? 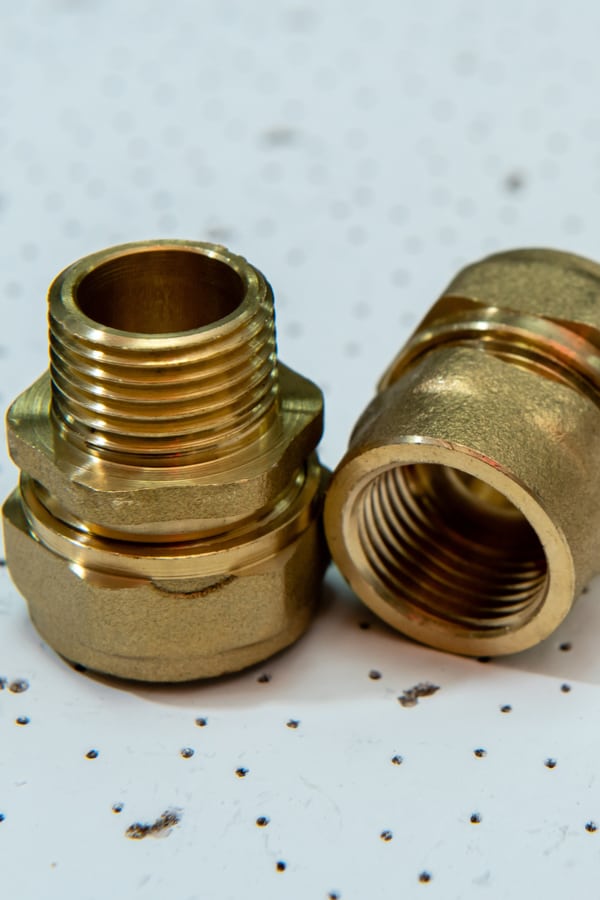 A pipe nipple is a fitting made from a short piece of pipe and typically comes with male threads on both ends. A nipple acts as an adapter, connecting two female threaded pipes or fittings.

Manufacturers make nipples by cutting pipes of a certain length and creating the specific end connections that make the nipple unique. Like pipe, nipples can be welded or seamless.

Nipples usually come in various lengths, but most are about 12”. Before discussing how pipe nipples are measured, let’s first look at the most common types of pipe nipples.

Most common types of pipe nipples 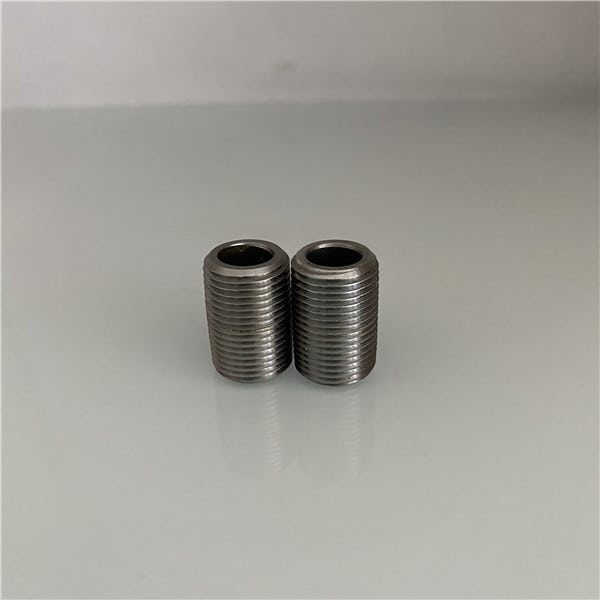 One of the most common pipe nipples is the close nipple, also known as a running nipple. With this type of nipple, the entire short pipe is threaded with male threads. So when you connect a pipe on either end of the nipple, you wouldn’t see the nipple threads. The pipes or fittings on both sides come close, hiding the pipe nipple underneath.

One disadvantage of a close nipple is that it can be difficult to unscrew from a pipe or fitting. If you want to unscrew the connection, you must grip one of the nipple’s threaded ends with a pipe wrench, which could damage the threads, requiring you to replace the nipple. A nipple wrench to grip the pipe or fitting’s interior can minimize thread damage. 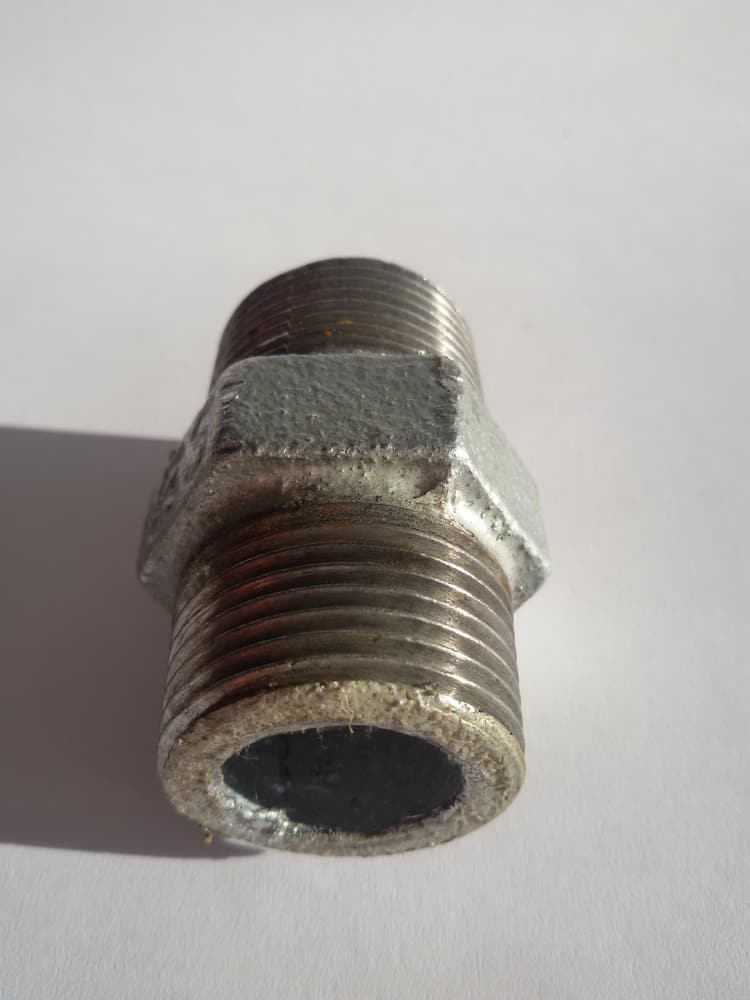 In some nipples, the unthreaded hexagonal space is slightly longer, making the threaded ends shorter. This type of nipple is known as a long hex. 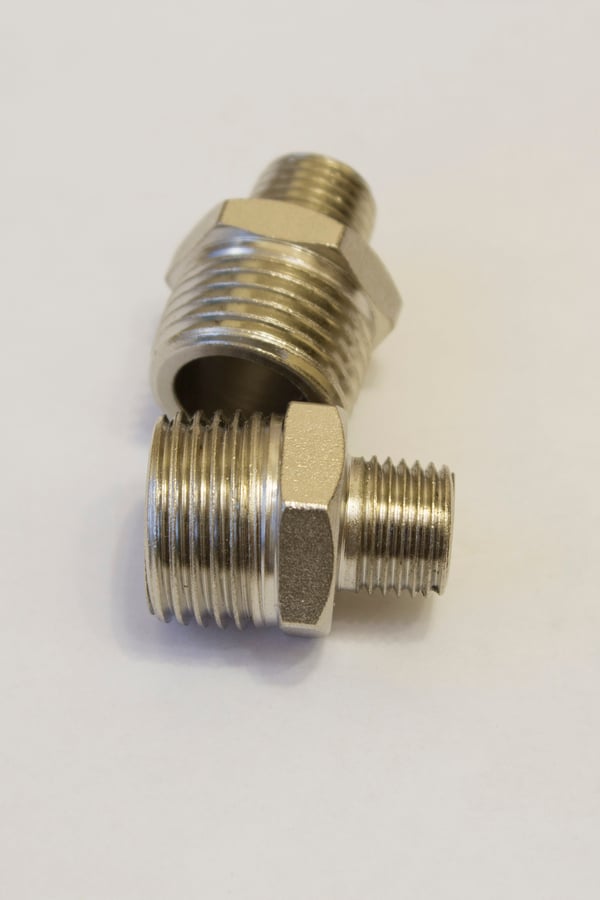 Sometimes, you may want to connect differently-sized pipes or fittings, i.e., one fitting or pipe may be larger than the other. In this case, it is best to use a reducing nipple, also known as an unequal nipple.

A reducing nipple has the usual male threads on both ends but with different diameters. One end takes a female pipe with a larger connection, while the other end connects to a smaller pipe or fitting.

Be careful when connecting a large pipe to a small one. The increased flow rate and pressure in the smaller fitting or pipe can cause a sudden and potentially dangerous outburst. 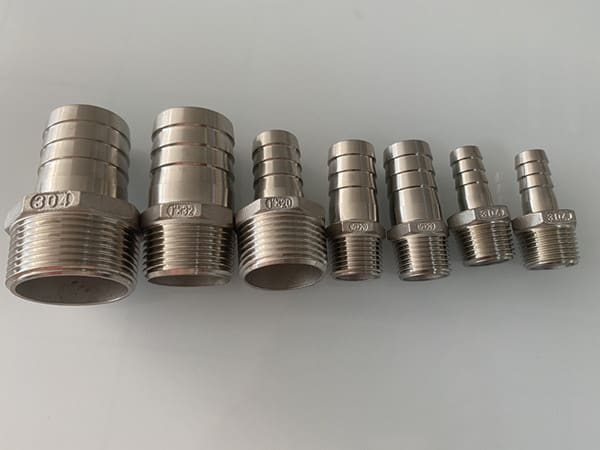 Another common type of nipple is the hose pipe nipple. As the name suggests, these nipples connect pipe to tubing. 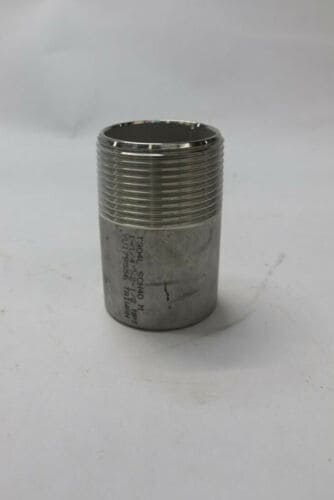 Welding nipples have one threaded and another non-threaded end that resembles a normal pipe. This nipple is handy when connecting a piping system to welded fittings or pipes.

When ordering pipe nipples, you must know the type of nipple that best suits your plumbing installation. Aside from the length and type of pipe, you should also understand the end connections required for your piping installation.

These are the most common pipe nipple end connections:

Other variations include threaded one end, plain one end, and beveled one end. Your choice will depend on the design and function of the piping system.

How to Measure Pipe Nipple Length? 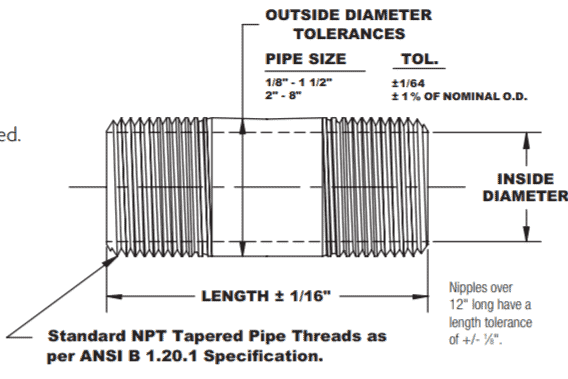 When determining the right type of pipe nipple to buy, you must specify the following:

When pipe/fitting is installed on a pipe nipple, you can determine the nipple length by subtracting the thread engagement of both ends of the nipple. The engagement is the length of pipe inserted into the nipple to achieve a snug, hand-fitted seal.

In cases where the female threaded fittings come close to each other such that the nipple doesn’t show, the close length is calculated as two times the thread engagement.

Use a nominal diameter conversion chart to determine the precise length of the pipe nipple in inches.

How Do You Determine Pipe Size? 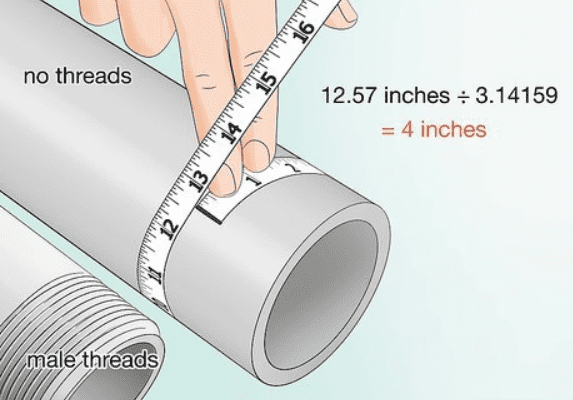 To measure the pipe size for pipe/fittings with male threads, follow these steps:

The steps to measure the pipe size of a female threaded pipe are as follows: 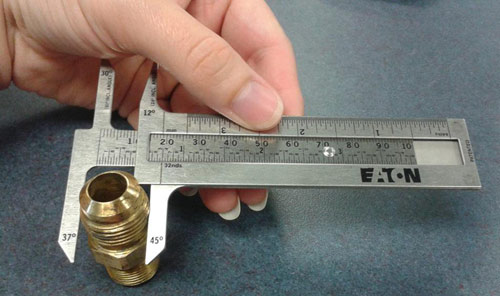 Pipe fittings, including pipe nipples with metric thread, are quite common. Metric threaded fittings are also classified as tapered because the threads narrow the further in you get.

If your pipe/fitting has metric threads, you should have the right thread measurements before ordering a pipe nipple that can take the metric threads.

So, how do you measure metric pipe fittings? Here’s a step-by-step guide:

Measure the thread pitch using a pair of calipers or a thread gauge. The thread pitch is measured in mm, and typically measures 1.0, 1.5. or 2.0, but you can find fittings with larger thread pitches.

Use a metric thread specification chart to identify a thread callout that will give you an estimate measure of the metric pipe fitting. A thread callout combines the pitch measurement, and fitting’s outside diameter.

Summary: How Are Pipe Nipples Measured?

Pipe nipples are important in ensuring secure and safe connections in piping systems. The right type and size nipple make a world of difference regarding the integrity of any plumbing system.

Understanding how pipe nipples are measured will help you choose the right fittings. The figures might initially seem confusing, especially since you’d have to convert internal and outside diameters to nominal ones.

But, with the right tools and a simple formula to follow, you should quickly learn how to measure pipe nipples and even determine pipe sizes. I hope this handy guide helps you get the hang of measuring pipe nipple length and size.