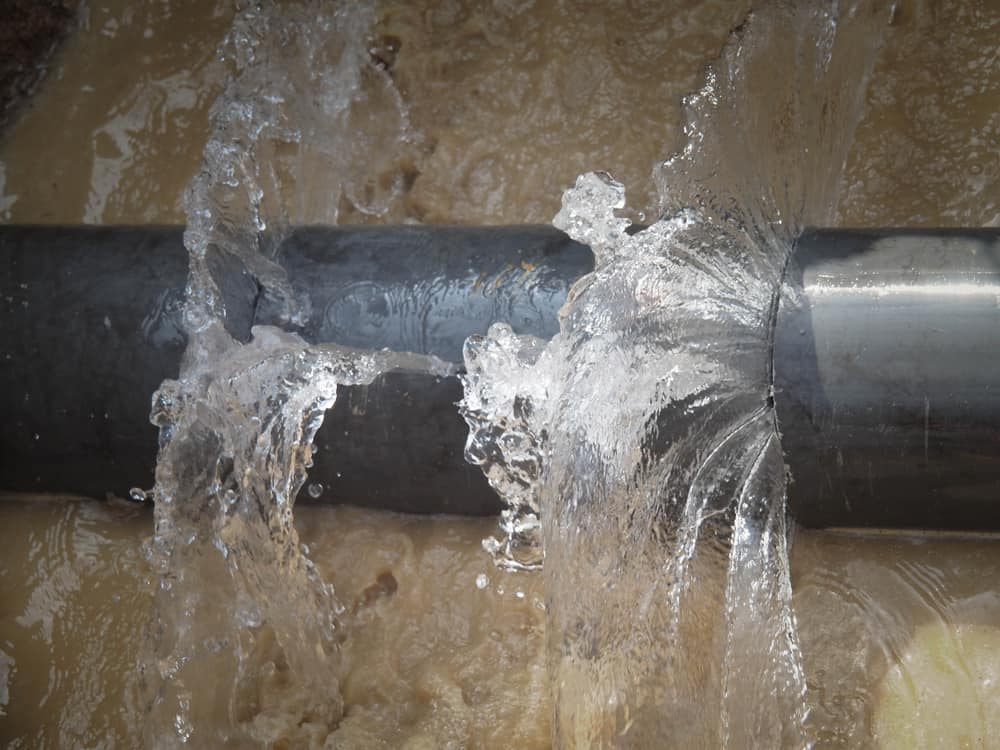 Like most people, you probably only think about your plumbing once there’s a problem. And if you’re unlucky, that problem is a burst pipe. But how do you know your pipe burst?

While many think a pipe bursting is a dramatic event, often it can be quite subtle, especially if that pipe is hidden behind walls or underground. Here are some signs to look out for.

How Do You Know Your Pipe Burst?

A pipe, by definition, is a hollow tube used to convey fluids, such as water. The pipe wears down over time as water travels through it. The force of water, among other factors, results in the degradation of the pipe, causing it to burst.

Since water often travels with such force along the pipe, the water ends up bursting out of leaks in the pipe rather than traveling down the rest of the path. This can be potentially dangerous, especially if there are appliances that can become wet.

In addition to potential damage, burst pipes can also increase your water bill. If left unnoticed, Burst pipes may contribute to more than half of the water bill.

This is very alarming in a world where water costs have never been higher. As such, it is best to be able to identify burst pipes at early stages. Other than directly seeing the burst pipe, below are eight of the telltale signs that your pipe burst. 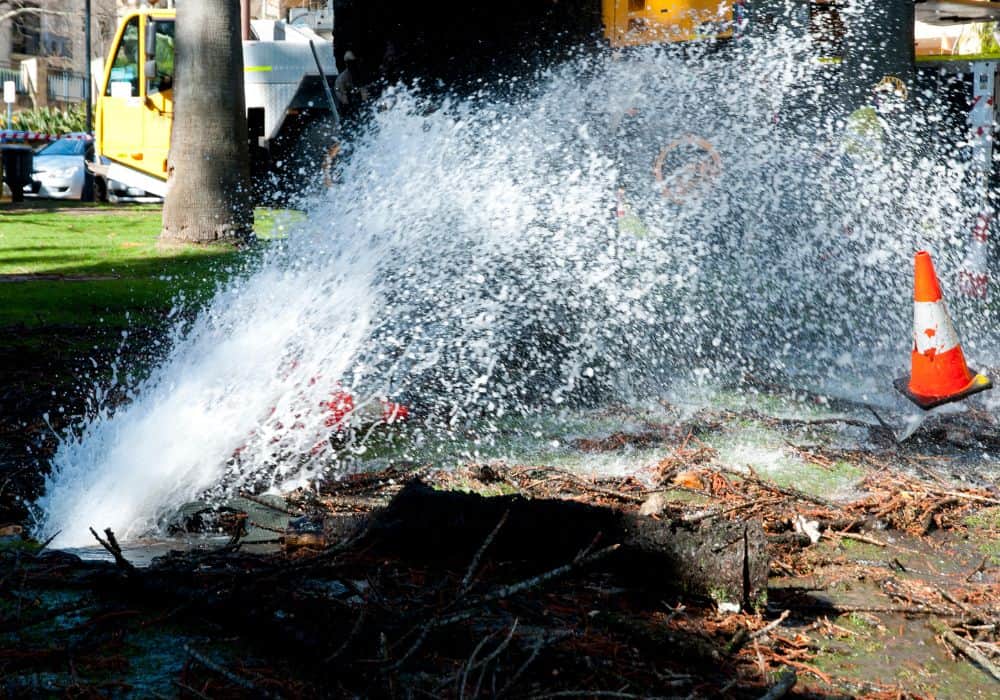 One sign that a pipe has burst is seeing watermarks on surfaces, such as walls and ceilings. These spots are usually darker than the surrounding surface and are slightly cooler and squishy when touched. In addition, paint and other coverings often expand because of the water they have accumulated from the burst pipe.

In these cases, the damaged pipes are usually buried under cement or behind plaster boards, making it difficult and costly to replace them. However, when left unattended, the burst pipes may end up causing significant structural damage.

Sometimes watermarks can be left over from a previous water intrusion. If you’re not sure if your watermark is new, make a note of where it ends. If it starts to grow, then you’ll know that it’s because of a new water leak.

This is one of the most obvious signs of a water leak but these puddles may form away from the actual source of the leak. This is rarely an issue as a puddle formed from a leak is usually because of an emergency or obvious pipe burst.

The water leaking from burst pipes can accumulate in areas where pipes are exposed, such as under sinks. These puddles may grow larger and end up flowing to other areas, such as the kitchen floor.

If you notice any puddles in or around your home, then it’s something that you should investigate right away. Even if you don’t spot an immediate problem, it could be that you’ve not spotted the source of the problem.

For example, you may see a puddle in your basement. This puddle may have been formed by a burst pipe one or two floors above which has flowed down into the basement. Don’t ignore any small puddles as they can indicate a serious problem. 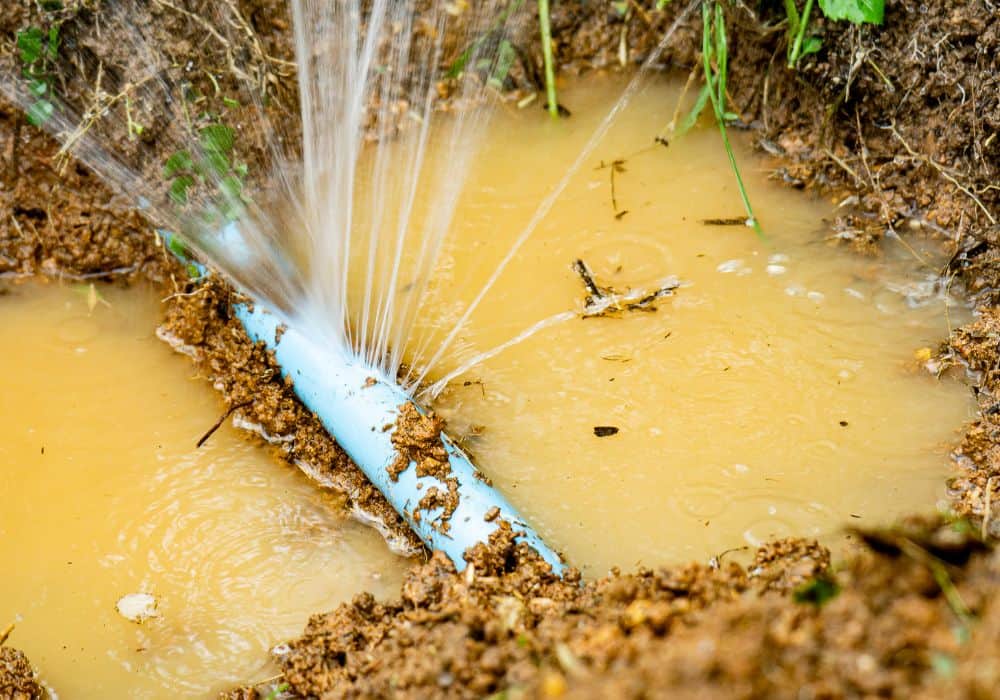 You may be home alone with taps, and showers, and everything is turned off. Yet there is something quite not right as you hear a drip.

You close your eyes in an effort to hone in on where the sound is coming from but it can often be difficult.

Damaged pipes are the known culprits of that dripping noise. This is because water dripping from pipes accumulates and ends up forming puddles. People usually find the burst pipe by tracing where the sound is coming from.

It’s worth pointing out that clanging pipes aren’t always a sign of a problem. It can just be the sound of hot water making its way through your system. Therefore, don’t start tearing down your walls until you are absolutely sure you have a burst pipe!

Fungi like mold and mushrooms love growing in damp, dark areas. In certain areas in a house, such as under the sink, fungal growth may indicate a damaged pipe. The fungi can obtain the water necessary for growth from the burst pipe.

Often, they grow on wooden surfaces and utilize wood as a food source. Unfortunately, furniture damaged by water leaking from burst pipes is at risk of fungal growth and irreparable damage.

Algae also love growing in damp areas but require sunlight to develop properly. As such, wet surfaces inside a house, such as wet walls, may be enough to become a growing medium for algae.

As algae and fungi are usually of a different color than the rest of the surface to which they attach, it is easy to tell that there are damaged pipes nearby whenever they start to grow indoors. Algae and fungi take time to develop, however.

Because of this, the growth of these organisms is usually a bad sign and indicates that the pipe has been damaged long enough that visible organisms have started to thrive in affected areas. 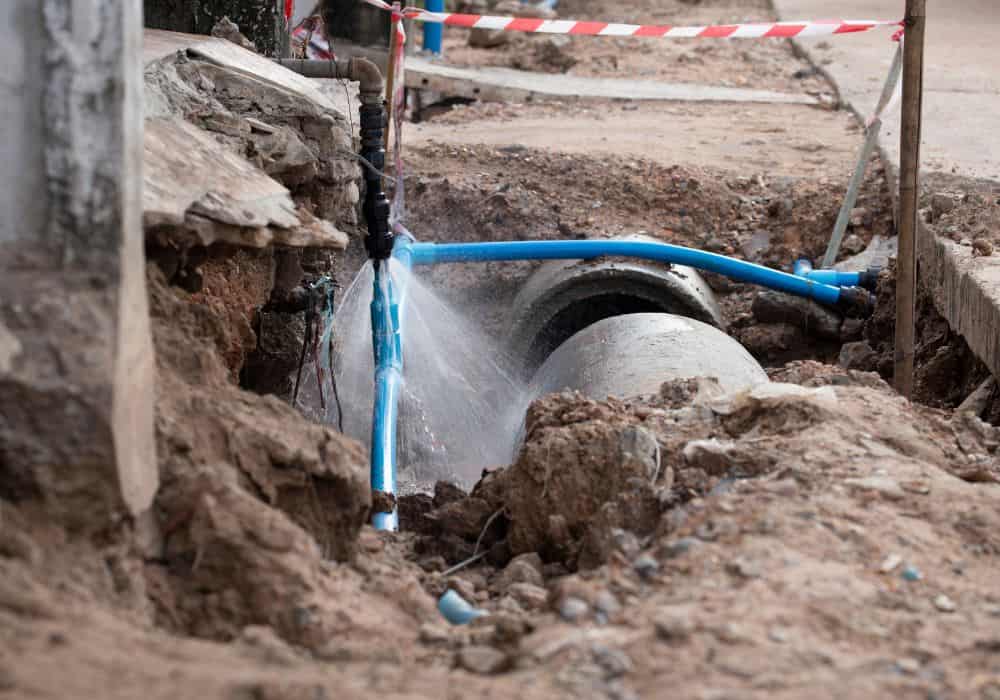 Water exits the holes in burst pipes before it reaches the designated exit point, such as a tap. Because of this, water often reaches the tap with less pressure than intended.

As a result, some fixtures may still work normally, while the fixtures affected by the burst pipes may send out little to no water. It all depends on how severe the damage is.

The burst pipes are also easier to find since the pipe connected to the fixture with low pressure can be easily traced back.

Water pressure is already fluctuating, and you are using less water than ever. Yet, despite the minimal water usage, the water bill is getting higher than ever.

This indicates that water is being leaked out of the system before you can use it. The damaged pipe can be easily located if fluctuating water pressure is also observed.

However, in cases where water bills are high while the water pressure seems constant in all fixtures, it is best to contact a plumber as soon as possible. Even if there are no other noticeable signs indicating a damaged pipe, it is best to try and address the problem before it becomes too big to handle. 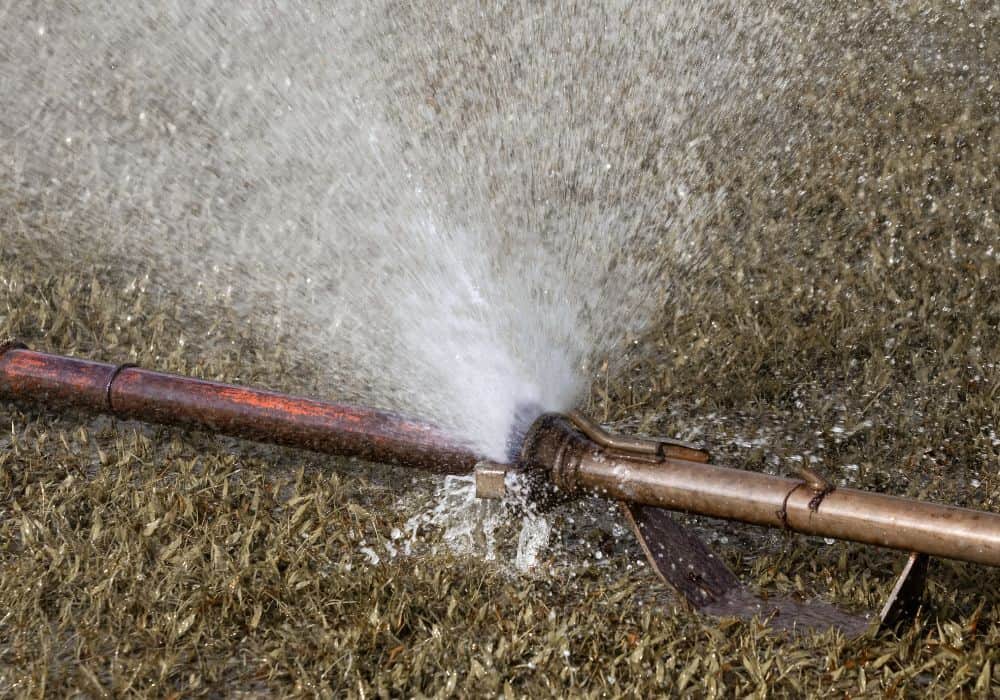 Burst pipes usually spray water out of them, preventing pollutants and microorganisms from contaminating the water before reaching the fixtures. There are pipes, however, that only hold water whenever used.

When water is not leaking out of these pipes, contaminants such as rust, dirt, and microorganisms can enter. Water then passes through and collects these contaminants and carries them to the fixtures. This results in discolored water, which often smells weird.

Contaminated water poses health risks to people and must not be consumed. Similar to the fluctuating water pressure, the location of the burst pipe can be easily traced back from the fixture, so it is a bit easier to locate.

That said, it takes time for pipes to amass enough contaminants to change color and odor, so the pipe might have already been damaged for quite a while before the symptoms started showing.

Throughout the list, it has been established that microorganisms thrive in areas with a constant water supply.

By locating the source of these odors, one can locate damp areas inside the house, which can help locate the damaged pipes. 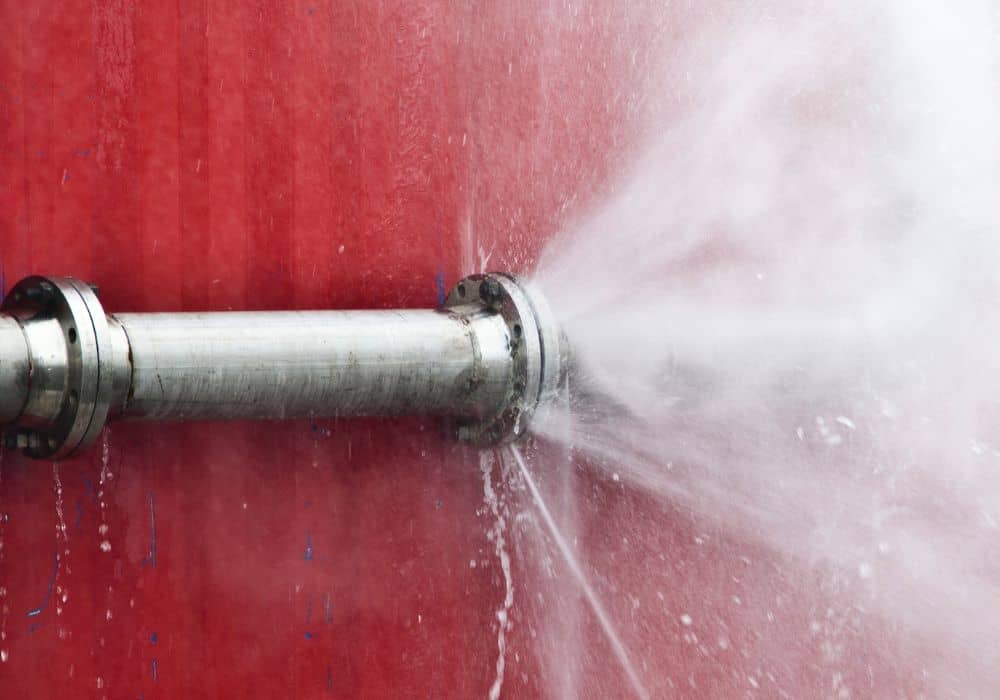 How to Deal with a Burst Pipe

There are a few things that you can do to minimize the damage and make the repairs easier. First, turn off the water supply to the affected area. This will help to prevent further water damage.

Next, call a plumber to come and assess the situation. They will be able to determine the extent of the damage and give you an estimate for repairs. Finally, start cleaning up the water damage as best as you can.

This may involve using a wet/dry vac to remove excess water, setting up fans to dry out the area, and using dehumidifiers to prevent mold growth. Burst pipes are never fun, but by taking these steps you can help to minimize the damage.

If you notice any of the above signs, then it’s important that you take immediate action. A small burst pipe may not leak a huge volume of water but if left unchecked, it can build up into a huge problem.

Some damage may be easily fixed, but in most cases, it is best to call for professional help to prevent potentially damaging the structure of your home or connected pipes. Hopefully, you’ll soon be leak-free and have a dry home once again.