Skip to content
Pip's Island » How Do You Straight Pipe Your Car? (4 Steps & Alternative Pipes) 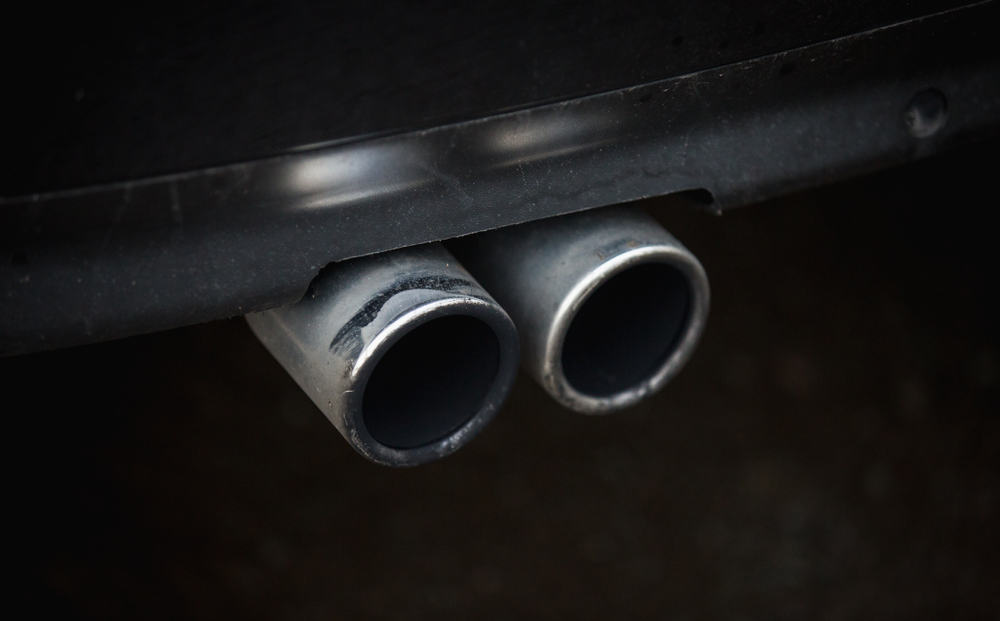 Have you ever been walking down a busy road and noticed a car roaring alongside you with a much louder engine than every other car in the vicinity? The likelihood is that this car has a straight-pipe exhaust system.

Perhaps the sound of the engine has piqued your interest and made you curious about how you can get your vehicle to start sounding the same. If so, you’ve come to the right place because today we’re going to be looking at straight pipe exhausts in greater detail and explaining how you can go about fitting one to your car.

What Is A Straight-Pipe Exhaust?

When you buy a car from a dealership, you are going to receive a car with a typical exhaust system. Car manufacturers are bound by certain laws and regulations all over the world so they all tend to build very similar exhaust systems.

The job of the catalytic converter is to reduce your emissions by turning 90% of harmful gases from the engine’s fume into less harmful ones. Once these exhaust gases have been converted, the exhaust fumes pass through to the muffler which basically nullifies the noises created by your engine before being released through the pipe.

A straight pipe exhaust system essentially cuts out the middle two sections. So, you’re going to get a loud engine but you’re also going to become a problem environmentally.

Why You Should Get A Straight-pipe Exhaust 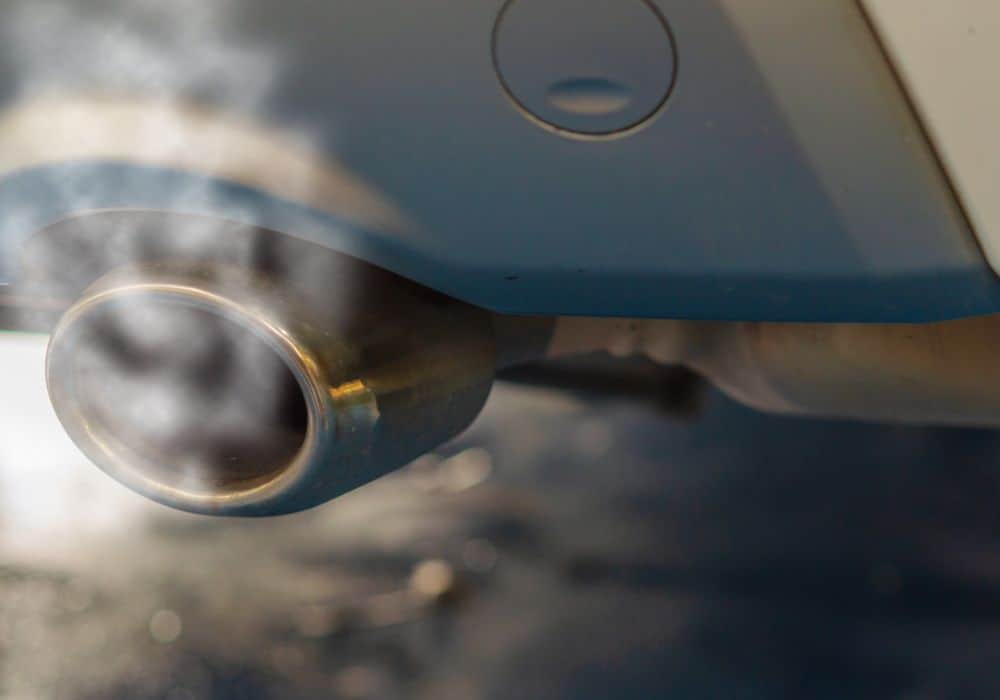 There are many reasons why people elect to adopt a straight pipe exhaust system on their cars but the number one reason is that it results in better car performance. By removing the catalytic converter you are reducing backpressure from the car engine. The ultimate result of this a greater horsepower and torque. For racing drivers, or for people who enjoy driving as a hobby as much as anything else, this means much quicker acceleration and power.

There are other benefits of a straight pipe exhaust and they are as follows:

By removing the muffler from the equation, you are essentially removing the functionality which quietens your average car down. Without it, your engine is free to roar as loudly as it wants to. For many car enthusiasts, this sound is desirable and is easily achieved by using a straight pipe exhaust.

For racing drivers, the weight of your car is pivotal for shaving off seconds from the fastest lap times. For general car enthusiasts, it can feel noticeably nicer to drive a lighter car as well. Removing the catalytic converter and muffler will naturally take the weight off and therefore make it slightly nippier.

3. An increase in fuel economy

The final plus point of using a straight pipe exhaust is the fact that you will get more for your money when it’s time to fill your petrol tank up. The lack of a catalytic converter means that the engine will create less back pressure. The result of this is better combustion and better fuel economy.

Why You Shouldn’t Get A Straight-Pipe Exhaust 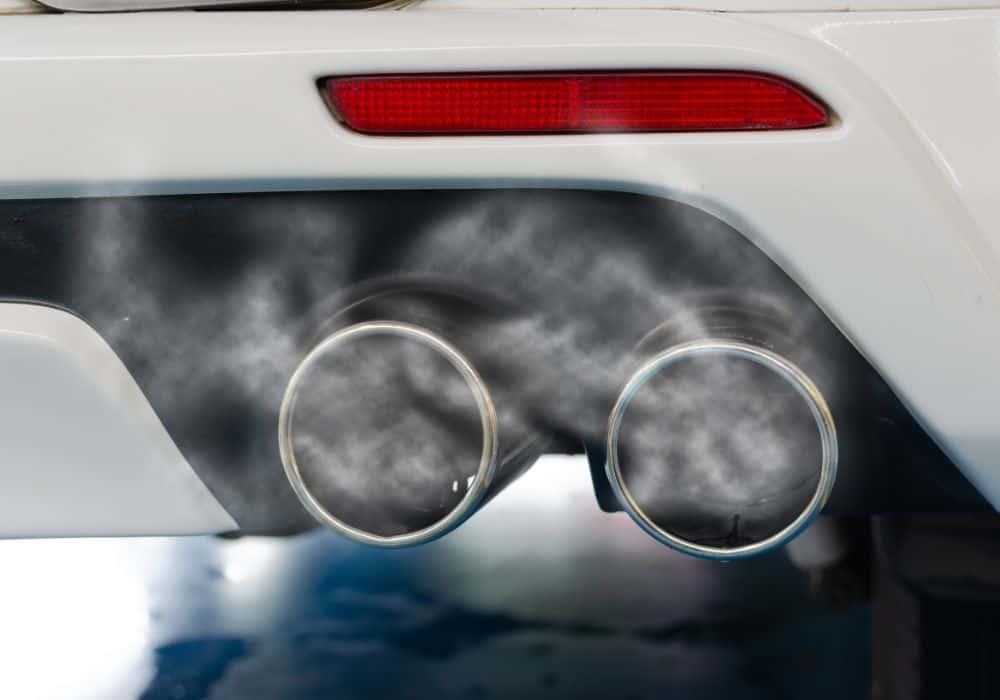 It’s not all positive, though, when it comes to straight-pipe exhausts. If it was, then wouldn’t we all be getting them fitted? The main issue with them is that in some places, it is actually illegal to have them. To check whether this exhaust system is legal where you live, check your government website. Other disadvantages include:

While the sound of an engine blasting through a straight exhaust pipe can bring happiness to some people, to others it can be way too much. It’s hard to understand just how loud the engine sounds with this kind of exhaust but it’s enough to make many people regret their decision almost instantly.

2. Bad for the environment

A big issue with the straight pipe exhaust is that it makes your car incredibly bad for the environment. Without the catalytic converter, there is nothing to break down the toxic gases that come from your engine. Instead, they fly through your exhaust pipe and straight into the atmosphere. These emissions are going to cripple your carbon footprint and potentially land you in trouble with authorities.

Finally, having a straight pipe exhaust can make your car harder to sell when the time comes to part ways with your beloved vehicle. This is basically due to the reasons we outlined above. In other words, it’s a niche modification and most people aren’t keen on these.

How Do You Straight Pipe Your Car

Now you’ve weighed up the pros and cons of this type of exhaust, you’re in a good position to decide whether you want to have it installed on your car or not. If you’ve decided to go ahead and do it then here are some instructions as to how you can go about doing it.

Head to a garage and use a car lift to hoist the vehicle up in the air to check the exhaust. Give your existing exhaust system a thorough inspection and make a note of where certain components, such as hangars and mounts, are located within it.

With insight from the current version of your car’s exhaust system, it’s time to map out your new one. Get a pencil and paper and sketch out what it’s going to look like. During this stage, you’ll need to figure out what bends are going to be needed to get around the mechanicals underneath the car.

3. Remove the necessary parts from your current system

Use a lubricant to loosen the parts you wish to remove and then remove the clamps which keep them in place. If you want to be more eco-friendly, and potentially law-abiding, then you can elect to just partially disengage the catalytic converter at this point rather than removing it entirely. This is also the time to cut out the bend sections we mentioned earlier.

Once you’ve cut the bend sections, use a trial-and-error approach to ensure they are fitted as they should be. Don’t settle for anything less than a perfect fit or it could ruin the engine performance and the aesthetic of the pipe.

After that’s sorted, tack-weld the other part of the pipe together. Once you are confident that it all aligns perfectly, weld them together permanently. This welding technique isn’t for a novice so if you’re unsure, ask someone with more experience than you for help.

Once everything is welded together, you need to treat the metal pipe. Apply some heat-resistant paint to it to prevent any potential rust. If your exhaust pipes start rusting then the whole system could fail which could cost you a lot of money in repairs. While you’re at it, you may as well pick a paint that is going to look good rather than a bog-standard, generic one.

The final thing to do is to fix the new exhaust system in place underneath your car. Once it’s all where it should be, fire your engine up and take your car out for a spin with its new exhaust pipe in place. 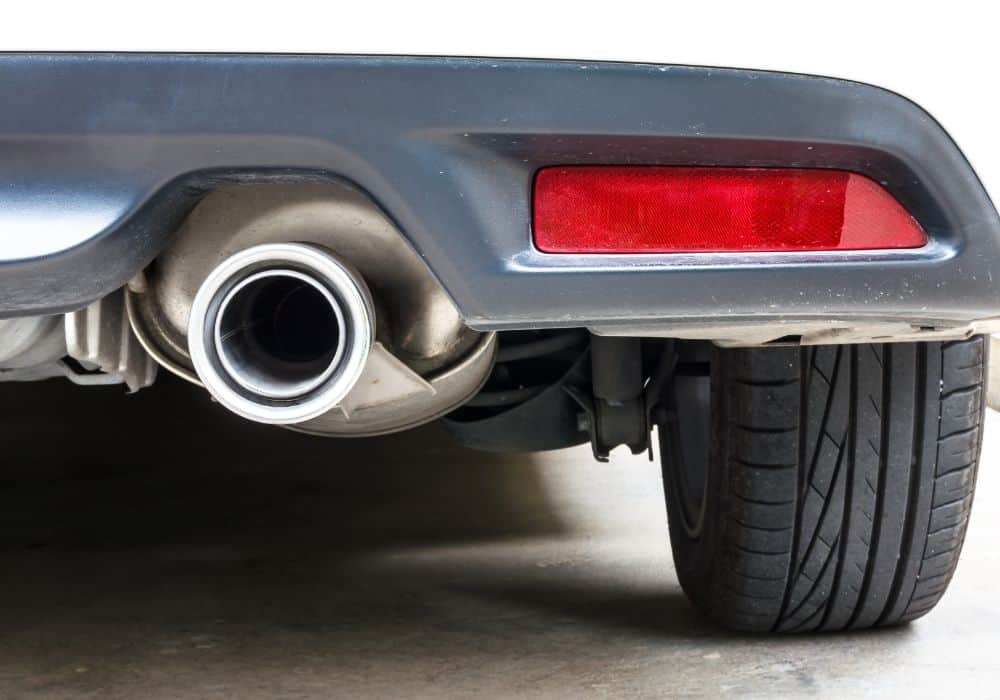 If you have decided that the negative aspects of a straight pipe exhaust are too much, but still want some of the benefits then there are a couple of alternatives for you. They are as follows:

To conclude, straight-pipe exhausts are used by car enthusiasts who want better car performance and love the sound of a roaring engine. Considering these are the main two plus points of this system, it’s reasonable to assume that the main users of this type of exhaust are racing drivers. For the everyday motorist, it’s probably worth considering other options considering the legal and environmental issues which surround straight pipes.