Skip to content
Pip's Island » How Hot Do Exhaust Pipes Get? (Causes & Solutions) 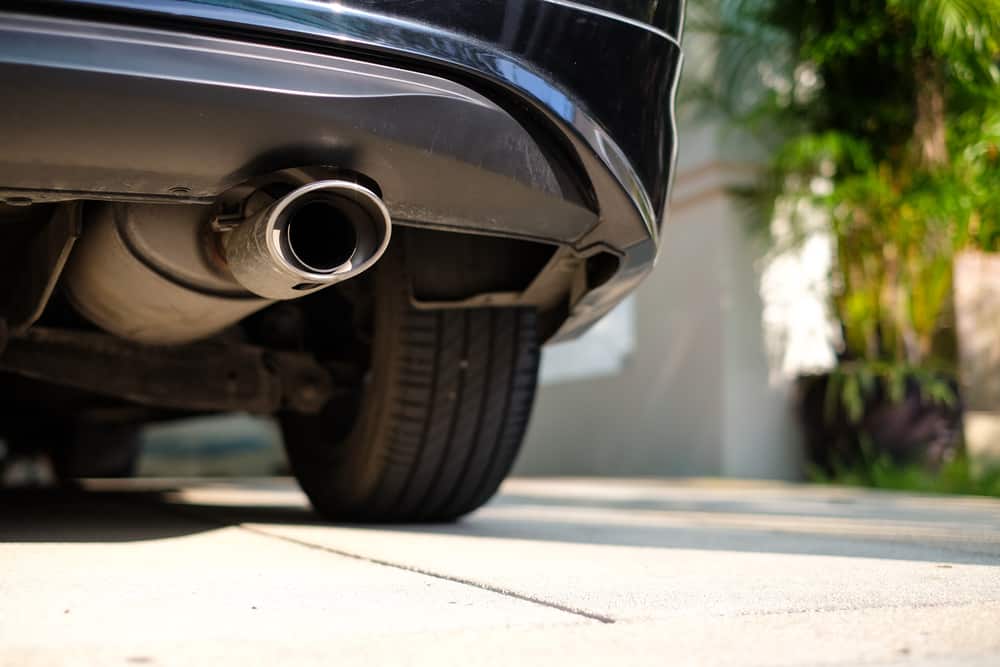 Have you bumped into your exhaust pipe and burned yourself? It can get terribly painful, which is why you may be asking: How hot do exhaust pipes get?

Based on my research, the answer is quite staggering (scary even.)

Without further ado, here’s everything you need to know about exhaust pipe temperature.

How Hot Do Exhaust Pipes Get?

An exhaust pipe, which is often made of stainless or aluminized steel, can reach a temperature range of 300 to 500 degrees Fahrenheit or 149 to 260 Celsius.

Vehicles with high-performance pipes, in the meantime, can hit as high as 1000 degrees Fahrenheit or 538 degrees Celsius.

For reference, the temperature on Venus – the hottest planet in the solar system – is only 860 degrees Fahrenheit or 460 degrees Celsius.

What Makes the Exhaust System Hot? 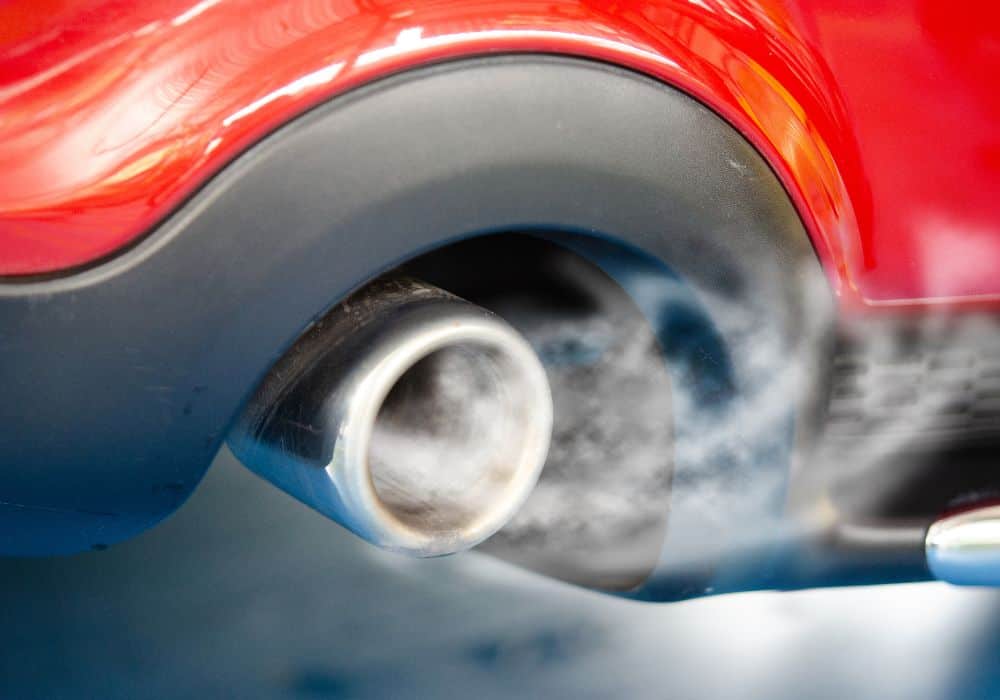 Exhaust pipes work to release exhaust gases into the atmosphere. As such, the heat it generates is often dependent on various exhaust system components – and the temperatures they produce.

Let’s explore each one of them:

Similar to exhaust headers, the exhaust manifold is located in the first section of the system. They help funnel the exhaust gas from the cylinder heads to the catalytic converter.

Here, surface temperatures get quite high because it’s located near the cylinder. And, if your car’s RPMs are higher, the temperature may get even higher.

That said, the exhaust manifold can measure an unbelievable 1200 degrees Fahrenheit or 649 degrees Celsius. It can get even hotter, especially if you put the pedal to the metal.

Despite these high temperatures, this part won’t go melting. It’s often made with cast iron, which is designed to withstand such readings.

Located under the vehicle, this component helps transform harmful emissions into steam and other safe gases. That way, your car meets the regulations of your location, such as that of the US National Emissions Standards Act.

Like the exhaust manifold, this area can get quite heated (literally.) It can register a temperature of 1000 degrees Fahrenheit or 538 degrees Celsius.

But that’s not the ceiling, though.

If a catalytic converter gets overheated – or if unburnt gases continue to pass through, its temperatures can get twice as hot. In fact, it can measure as much as 2000 degrees Fahrenheit or 1093 degrees Celsius. Add to that, it can get fiery red in color!

An oxygen sensor measures the quantity of unburned oxygen in the exhaust system. It forwards this information to the Engine Control Unit or ECU, which adjusts the air-fuel mixture as needed.

An oxygen sensor is located near the start of the system, while another may be found after the catalytic converter.

Depending on the location, an oxygen sensor can reach temperatures of 600 to 650 degrees Fahrenheit (316 to 343 degrees Celsius.) It can even get white-hot (literally) in some vehicles!

The muffler or silencer is a device that reduces engine noise (alongside the resonator.) It is comprised of chambers where sound waves are destroyed via friction.

Just like the tailpipe, it can register an average temperature of 300 to 500 degrees Fahrenheit or 149 to 260 Celsius.

Muffler temperature can also get higher, especially if your car has higher RPMs. Similarly, inefficient combustion may raise the temperatures in the muffler.

What Makes the Exhaust System Heat Up? 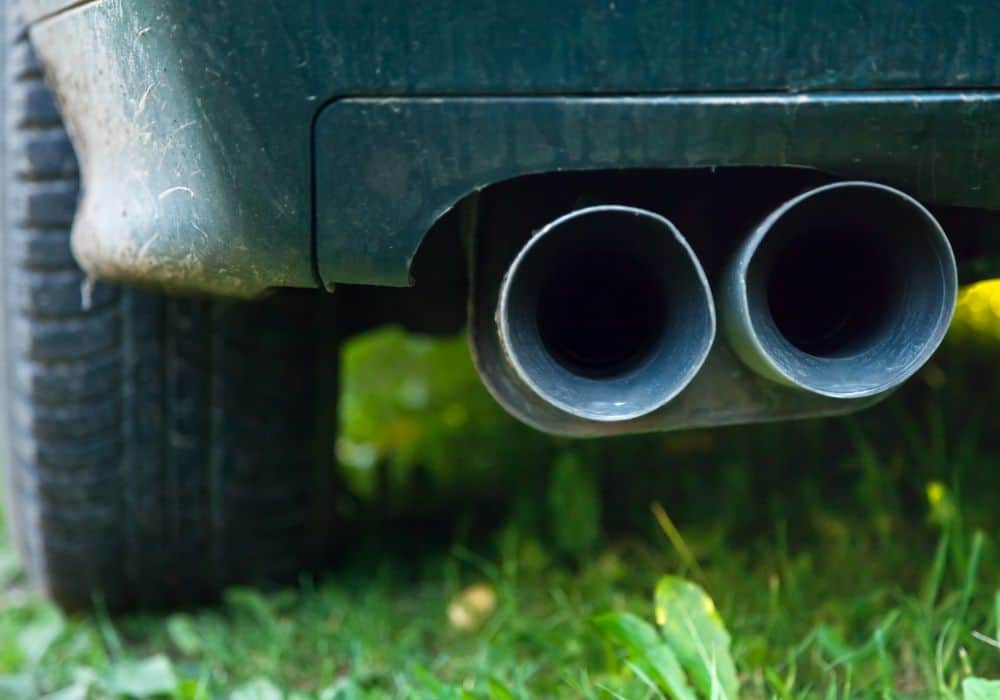 While the figures above are expected temperature ranges, the following factors can drive the reading up – or down.

1. Condition of the Engine Compartment

If there are bends or constrictions in your exhaust system, the temperature of the pipe will surely increase. That’s because the gases won’t be able to flow freely as usual.

Furthermore, if the internal combustion engine needs to work harder or is overheated, the gases will make your exhaust pipes hotter.

The faster the car is, the harder the engine has to work. That’s because the exhaust valve will have to send more gases down to fire up the system.

Expectedly, if you just keep your engine idle, the exhaust pipe temperatures won’t get that hot.

Just like driving the car harder, using it for longer will make the exhaust valve temperatures hotter. So if you plan on driving your car for several hours, don’t be surprised if the system reaches temperatures of 1600 to 1800 degrees Fahrenheit (871 to 982 degrees Celsius.)

The length and width of the tailpipes also contribute to the heat it generates. The longer it is, the more heat will be lost in the process. But if the pipes are shorter, the exhaust port will definitely be hotter.

Take the case of motorcycle exhaust pipes. Since they are shorter than car tailpipes, they are definitely hotter. In fact, they can reach temperatures of as much as 700 to 1400 degrees Fahrenheit (371 to 760 degrees Celsius.)

Your pipes’ design may lead to higher temperatures as well. For example, if they aren’t equipped with vents, then they may get hotter – and faster – compared to other models.

How Do You Reduce Exhaust Pipe Temperature? 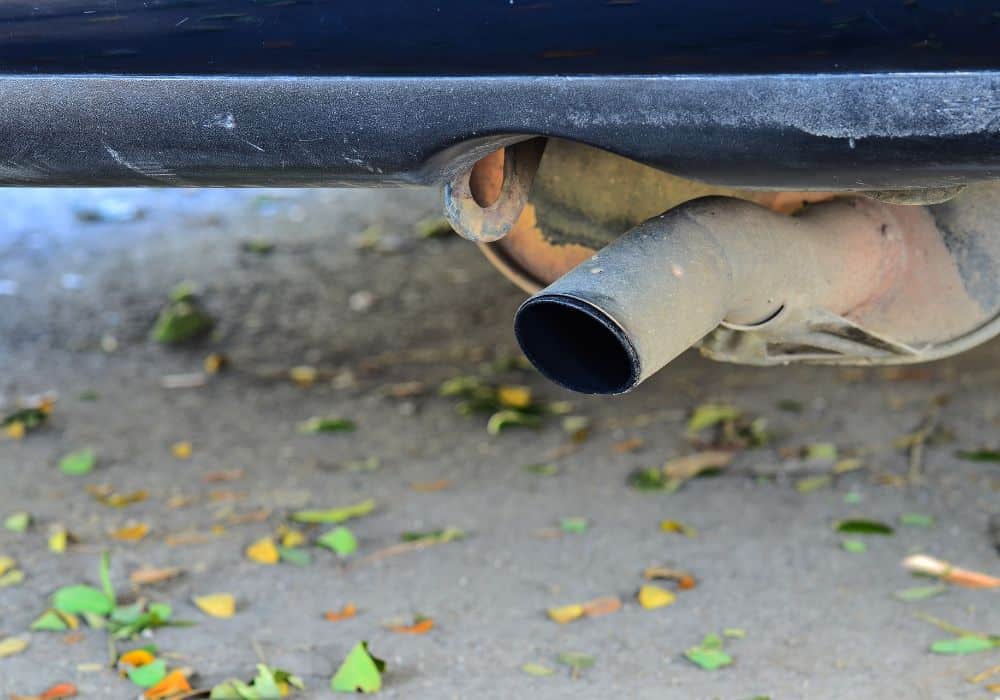 Maybe your car has higher RPMs, or maybe your exhaust pipe is a shorter model. On the other hand, maybe you’re clumsy and you just keep brushing (and burning yourself) with the hot exhaust pipe.

Whatever your reason may be, you can follow these tips on reducing the temperature of your exhaust pipes:

Similar to insulating your home, wrapping your pipe in an exhaust wrap or tape will keep it from getting extremely hot. When wrapped in a spiral pattern, they can reduce temperatures by as much as 50% – without affecting system performance.

The best materials for this task are ceramic, basalt, silica, or fiberglass, with the latter withstanding temperatures of up to 1500 degrees Fahrenheit (816 degrees Celsius.)

Here’s a video on how to install exhaust wraps on your pipes.

2. Use a Heat Shield or Heat Sleeve

A heat shield can reduce temperatures by reflecting the heat from the engine and its components.

Made with a reflective material such as aluminum or steel, a heat shield is placed 1-2 centimeters away from the exhaust and the exhaust manifold. This small gap allows the heat that builds up in the system to dissipate.

A heat sleeve, on the other hand, is used to protect wires, cables, hoses, and hard lines from immense heat. Made with aluminum, mylar, or fiberglass, they can help repel radiant heat and keep your exhaust temperatures lower.

While you can always pay a professional to install a heat shield in your car, you can save money by doing it yourself. All you just need to do is follow the steps outlined in this video.

How Do You Keep Safe Around Hot Exhaust Pipes?

Given the temperature of exhaust pipes, accidentally touching or brushing them can lead to thermal injuries.  Some suffer from first to second-degree burns, although some drivers – even passengers – do end up with third-degree injuries.

For starters, water that measures 300 degrees Fahrenheit or 150 degrees Celsius (which is the lower temperature range of exhaust pipes) can already cause third-degree burns. Just imagine if you were unfortunate enough to brush up on the exhaust pipe at its peak heat!

To prevent this from happening, make sure to wear pants, boots, and long socks to protect your lower extremities whenever you’re riding your bike.

If someone will ride with you, it’s best to ask them to wear the same protective attire as well.

As for the safety of people around you – especially children – make sure to keep them away from the exhaust pipes. They may get burned badly if they end up touching these components.

Although less severe exhaust burns may be treated at home, the Burn and Reconstructive Centers of America recommends that you go to the hospital if:

These temperatures result from the processes (and the heat generated) by various components, such as the exhaust manifold, catalytic converter, oxygen sensor, and muffler.

If you have more questions – or if you want to learn more – don’t hesitate to post a comment!