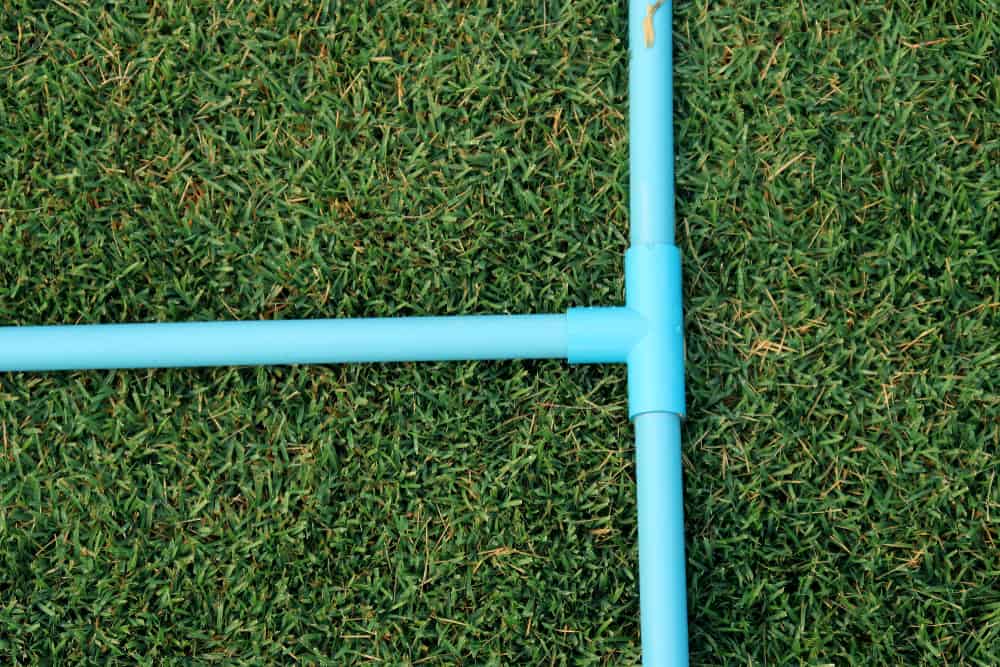 Are you considering using PVC pipe outdoors? Are you concerned about the pipe’s longevity when exposed to the sun? PVC has become a popular alternative to copper for use in water piping systems in the last sixty years. Homeowners prefer PVC piping for its flexibility, lightweight, durability, and affordability.

That said, many people ask the question: for how long will PVC pipe last under the sun? This is an important question if you are looking to use this type of pipe in outdoor installations.

Read on to find out answers to the longevity of PVC pipe, including how long it can last in the sun. You will also find tips to improve your pipe’s lifespan.

Does PVC Deteriorate in Sunlight? 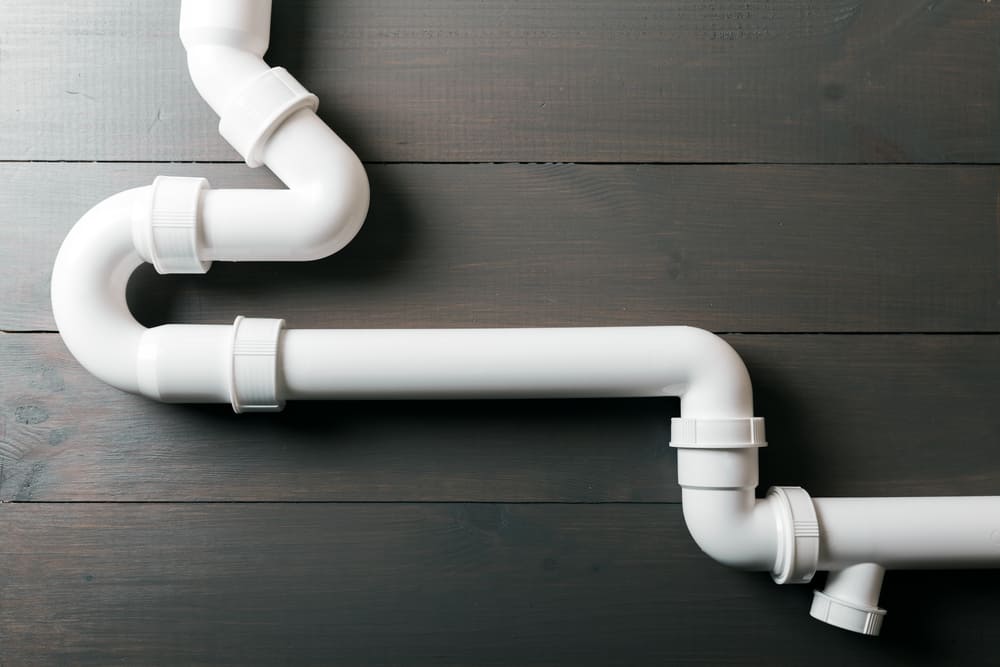 Generally, PVC is resistant to UV rays and will not immediately deteriorate in sunlight. But consistent exposure to the sun will weaken the pipe with time.

Generally, PVC pipe has a lifespan of 50 to 80 years under the sun. The structure and integrity of PVC pipe begins to gradually diminish after two years of direct exposure to sunlight.

Slight exposure to sunlight will not cause PVC pipe to deteriorate; UV rays will not significantly affect PVC pipe when direct exposure is minimal or short-term.

There, PVC pipe is generally safe to use outdoors and will serve you for many years. However, prolonged exposure to UV rays will cause the pipe’s structure to weaken gradually. Painting or wrapping the pipe in an opaque material are a few methods you can use to slow down the effect of UV rays on sunlight. We’ll take a look at that in a bit.

PVC vs PEX vs Copper

PVC, PEX and copper are the most common materials for water piping systems. All three pipes are suitable for interior use and both copper and PVC hold up well against sunlight.

However, PEX will quickly deteriorate when exposed to in direct sunlight even for a short time. The longest time that PEX can last under the sun is 30 days after which the material will degrade fast, rendering it unusable.

PEX has gained massive popularity over more traditional options such as PVC and copper. PEX is flexible, making it comparably easier to transport and install but it lacks the sun resistance of PVC pipe.

Compared to copper, PVC is lighter, less expensive, and will generally last longer than copper. Copper is prone to oxidation and corrosion, which can decrease the metal’s lifespan. That said, sunlight does not have any negative effects on copper; unlike PVC, no matter how much sunlight copper is exposed to, the metal will not degrade.

When considering ease of use, PVC is a clear winner when compared to copper. PVC pipe is lighter, making it easier to install using fuss-free compression fittings. Copper, on the other hand, needed soldering to connect one pipe to another.

Generally, PVC pipe holds up under the sun. But, the same cannot be said when the pipe’s surface is directly exposed to extremely hot water.

So, how hot can PVC get? PVC pipe can get as hot as 60OC (140OF). Even at these high temperatures PVC pipe will still retain its shape and structural integrity.

But, you should avoid exposing PVC pipe to such high temperatures for a long period. PVC will eventually breakdown when exposed to extreme temperatures too often.

Because PVC cannot tolerate consistently high temperatures, it is not the best choice for hot water lines. PEX and copper are the most ideal when installing hot water lines in your home.

Effects of Sunlight On PVC Pipe 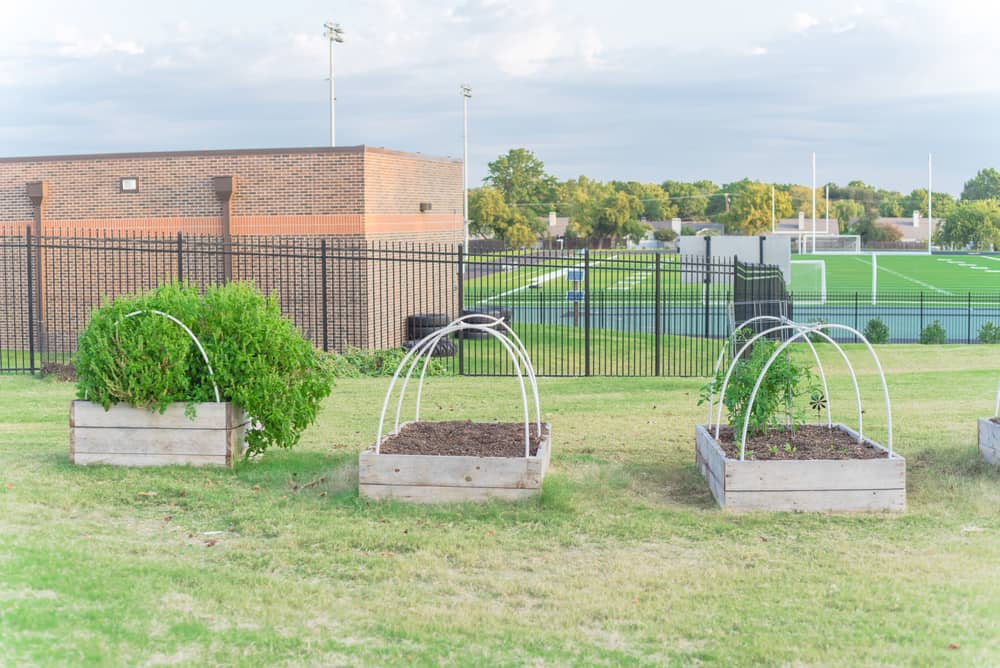 As mentioned, PVC pipe can last under the sun for 50 to 80 years and can withstand high temperatures of up to 140OF (60OC). That said, after two or more years of exposure to the sun, PVC may start to discolor and have decreased impact resistance.

Let’s look at some of the effects of UV rays on PVC pipe.

Prolonged exposure to UV rays causes discoloration on the surface of PVC pipe. The discoloration process begins when the upper gloss fades away. Then, with time the surface turns ashy and the pipe finally changes color from yellow to brown and eventually to black.

Impact resistance is the degree to which the pipe can tolerate impact without breaking. PVC is rigid but strong and won’t break easily. However, after two years of exposure to the sun, the impact resistance of PVC reduces. The UV rays weaken the pipe’s structure, making it prone to breaking.

The extent to which PVC pipe loses its impact resistance will depend on factors such as the pipe quality, thickness, and diameter. The duration of sun exposure and the previous climatic conditions the PVC has been exposed to will also impact the degree to which the impact resistance of PVC decreases.

As a general rule, thin pipes with a small diameter experience a more rapid decrease in the impact resistance. These pipes are also known as schedule 40 PVC and you may notice the most drastic decrease in impact resistance with them. For outdoor use, consider schedule 80 PVC, which is more durable and less prone to breakage when exposed to UV rays for an extended period.

So, discoloration and a reduction in the impact resistance of PVC are the two main signs of over exposure to sunlight. Other factors such as the stiffness and pressure capacity are generally unaffected by sunlight.

All in all, sunlight does not cause significant deterioration of PVC. This pipe will continue to look and perform well for more than 50 years with the proper maintenance.

Tips To Protect PVC From the Effects of Sun Exposure 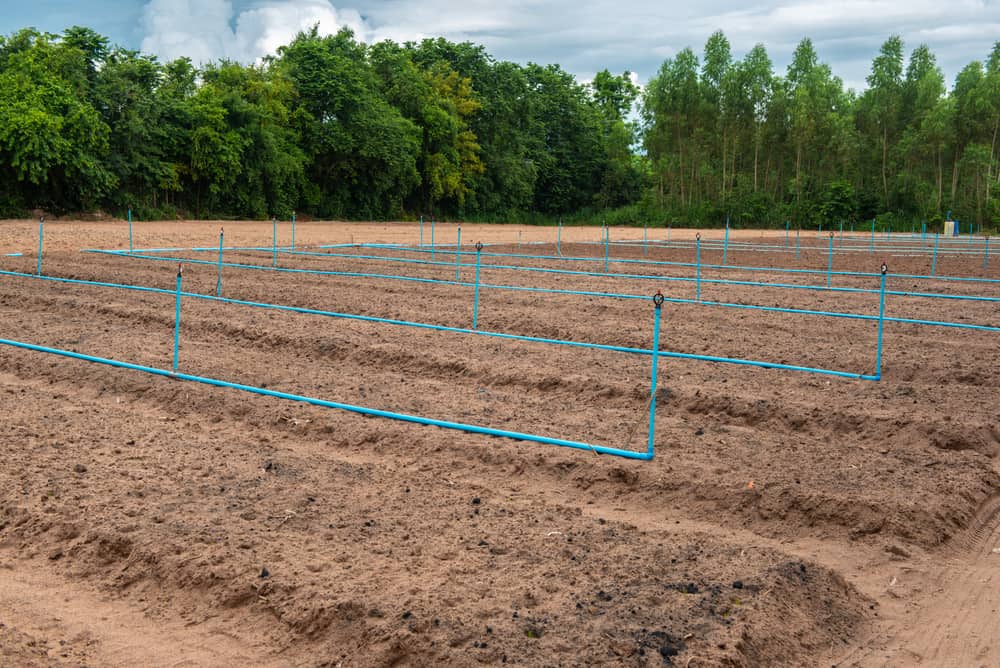 Although sun exposure does not have a significant effect on PVC pipe, it is important to protect your pipes for longevity, cost saving, and efficiency. Protecting the pipe will keep the structure in tact.

Let’s look at some common methods of protecting PVC from direct sun exposure.

The right paint can protect PVC piping from discoloration by creating a protective layer between UV rays and the pipe’s surface. It is best to use light colors such as white and pastels to keep the pipe cool and avoid distorting the shape.

Use water-based paints because they apply easily and adhere more strongly. Avoid oil or solvent paints as they don’t adhere well and will soon flake. The best recommendation is to use special paint designed specifically for application of PVC piping.

Aside from painting, another way to protect PVC pipe from the effects of sun exposure is to wrap the pipe using an opaque material that deflects instead of absorb heat.

How the PVC pipe was stored in the store and how you continue to store it after buying it will have an impact on the pipe’s structure and longevity. Ideally, you should buy PVC pipe stored in a shaded area away from sun exposure.

After buying the PVC, be sure to store the pipe correctly to avoid the effects of prolonged sun exposure. Remove all plastic wrappings that comes with the pipe; these wraps can trap heat and break down the structure of PVC pipe.

When storing PVC pipe, avoid equipment that produce excessive heat. This can cause affect the shape and structure of the pipe, making it more brittle.

Instead of a plastic wrapping, cover PVC pipe with burlap or tarp before storing. Preferably, opt for white protective covering that will deflect het away even if you store the pipe for a long time.

Summary: For How Long Will PVC Pipe Last Under The Sun?

PVC pipe has many advantages over alternatives such as copper and PEX for water piping systems. It is strong and durable and holds up very well in sunlight. PVC can be used in outdoor applications and will not suffer adverse effects due to sun exposure.

PVC will last 50 to 80 years under the sun but this will depend on factors such as the pipe quality, diameter, and thickness. The pipe can also withstand high temperatures without being damaged but it is not the best for use as a hot water pipe.

1 thought on “How Long Will PVC Pipe Last Under the Sun? (Last Longer Tips)”