Skip to content
Pip's Island » How Much Does It Cost To Straight Pipe a Car? (Costs, Pros & Cons) 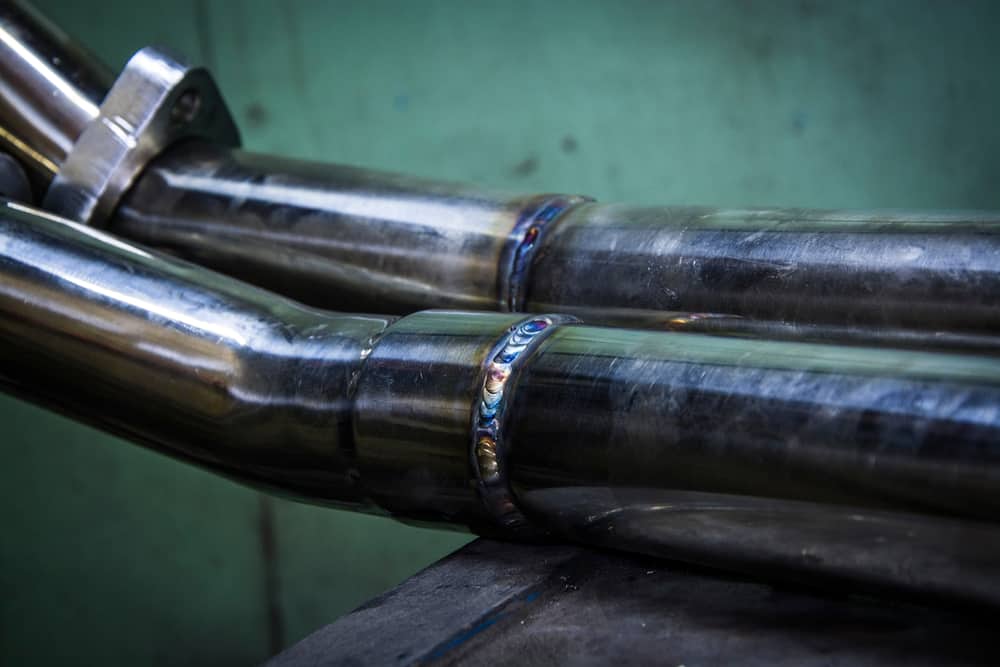 The question “how much does it cost to straight pipe a car” yields various results depending on the choices you make. The final price tag depends on the parts you need and labor costs, both of which vary depending on your location and your vehicle.

Keep reading to learn how much a straight pipe setup costs and whether it is worth the price tag.

The Cost to Straight Pipe a Car: Professional vs. DIY

The cost to straight pipe a car varies greatly depending on whether you take it to a professional or choose to do it yourself.

For example, you may pay anywhere from $75 to $500 in all for a straight pipe exhaust kit and tools for the modification, but letting a shop handle the project bumps it up to an average of $1,500.

You can do most of the project yourself and take it to a shop for finishing touches such as welding. This may only tack on another $75 to $200 depending on your vehicle and welder prices in your area. 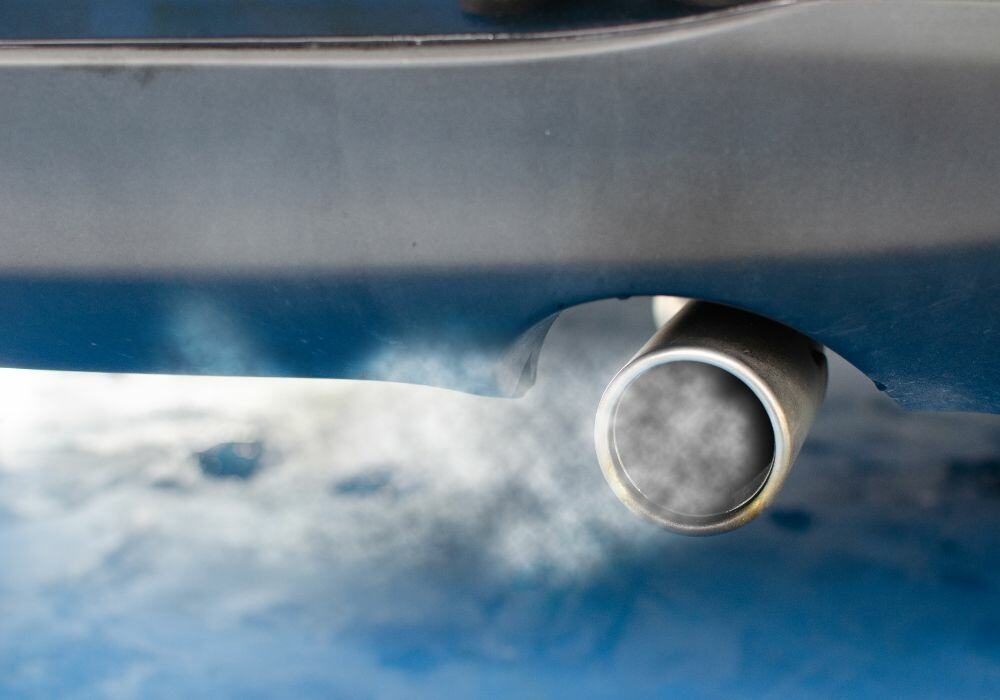 The professional vs. “do it yourself” goes beyond budget. Straight piping a car is simple in theory, but it requires some basic skills and tools for cutting away old parts and welding on new ones.

While there’s room for error, any misjudgment on your part may negatively impact your entire car system. Someone with more experience in straight piping has the expertise to make the right decision to benefit your car.

What Affects the Cost to Straight Pipe a Car?

Regardless of how you choose to straight pipe your car, the cost depends on your vehicle and the prices in your area.

Your vehicle affects the net cost of straight piping. In some cases, it makes sense financially to straight pipe a car to improve: 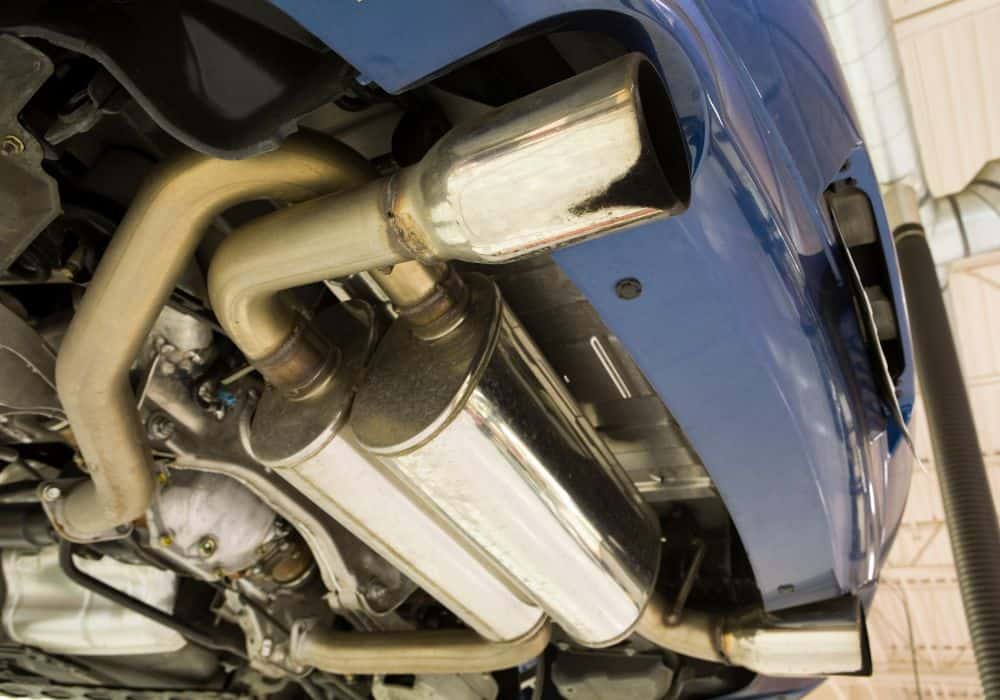 On the other hand, some vehicles perform poorly with a straight pipe and cost you more in decreased fuel efficiency and eventual repairs. Understanding your vehicle and how it impacts cost is essential to forming your decision and budget.

Your location may affect the cost of materials or the cost to ship them to you.

If you decide to have a professional straight pipe for your car, you’ll notice that location affects shop prices as well. The average estimate is not indicative of locations that price on the extremes.

It’s best to shop around in a few different areas to see if any shops offer a better deal. Their price varies depending on overhead costs, where they get their materials, and what they charge for labor, and prices might fluctuate greatly.

Is it Worth it to Straight Pipe a Car?

There’s plenty of debate surrounding straight piping a car versus leaving the stock exhaust system. The decision comes down to personal preference, but there are plenty of pros and cons to consider.

Understand that this decision is unlikely to have a significant positive impact on your finances. The initial investment is higher than the potential benefits, and you risk increasing the cost due to:

The benefits must overshadow the risks for straight piping to be the right decision.

Pros of Straight Piping a Car

The pros of straight piping a car include:

These vary depending on your vehicle.

The sound from a car with a straight piped exhaust doesn’t run through catalytic converters or a muffler, resulting in unadulterated noise. This is a major benefit for high-performance vehicles and those who like the noisiness.

Straight piping removes OEM exhaust components that dilute the sound, such as resonance chambers or mufflers. With a straight pipe exhaust, all that noise runs purely from your headers to your exhaust, resulting in pure, robust engine noise.

Your OEM exhaust has a straightforward and functional appeal, but there’s nothing special about it. The system does its job without worrying about aesthetic appeal.

You can make your car look sportier in a number of ways, but straight piping is one of the most popular and drastic. You can deepen the impact by adding a dual pipe arrangement or adding color to your exhaust.

Straight also reduces some of the clutter from your exhaust and gives you a cleaner look. The change isn’t drastic, but it’s enough to matter for some.

Opting for a straight pipe exhaust system removes a good bit of weight from your vehicle. This includes:

This is one of the most effective ways to reduce weight on your vehicle, leading to potential gains in other areas.

Cons of Straight Piping a Car 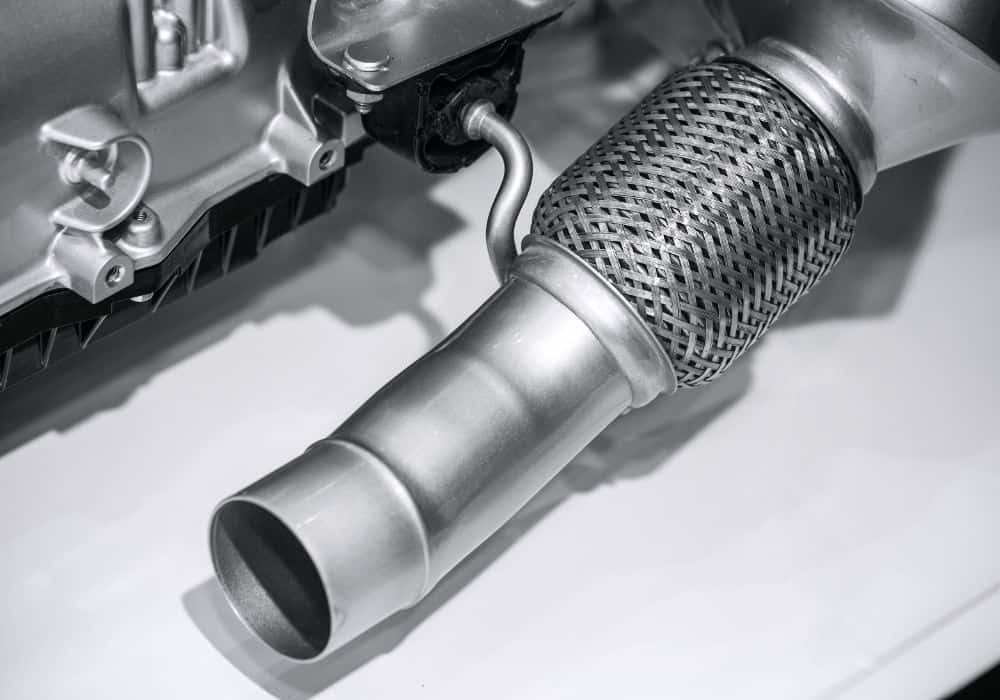 The cons of straight piping a car include:

In some cases, these disadvantages will not matter to the car owner.

The price tag associated with straight piping is enough to scare some away. Some budget methods recommend you cut costs by simply bolting on a miscellaneous straight pipe to your car, but this is likely to cause more harm than good.

Straight piping requires at least a few hundred dollars to start, and it’s a good idea to plan for an emergency situation where you bring in professional assistance.

It’s not ideal for those barely scraping by or for those who can’t afford to be without their vehicle if things go wrong.

One of the biggest arguments against straight piping is whether it’s legal in your area. Any areas that test emissions will not pass a vehicle with a straight pipe exhaust.

When you straight pipe your vehicle, you remove all the components that block or offset the emissions your car produces. Your catalytic converter transforms as much as 90 percent of your emissions into less harmful gasses (such as steam).

Some areas ban straight pipe exhaust systems but do not test for them. You might scrape by without detection, but that can be a costly ticket and loss of your vehicle.

In areas that require emissions testing, a straight pipe vehicle will not pass. During inspection, they visually inspect your exhaust system. Inspectors also connect an OBD II to your vehicle that monitors the performance of systems, including your exhaust.

Keep in mind that your straight pipe vehicle may be legal in your area, but you can still run into issues when crossing state and even city lines. In areas with emissions testing, you may save some time, money, and future grief by looking into cat-back systems as an alternative.

While some vehicles sound great straight-piped, some end up sounding weak and airy. This may be due to a poor installation, but it’s also more likely with low-performance vehicles and some daily drivers. 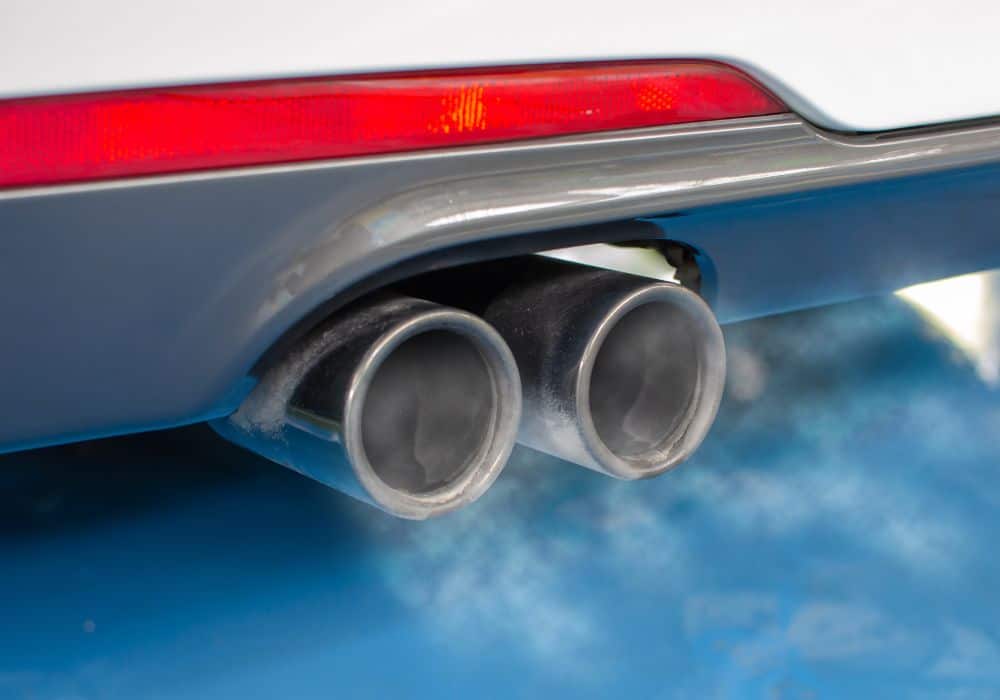 If you plan on reselling your vehicle at any point, understand that straight piping has a negative effect on your ability to find a buyer and potential resale value.

Even if you keep your original exhaust, most buyers would prefer you reattach it before completing the sale. This cuts into your chunk of the money or serves as a bargaining chip for them.

Some buyers will look over your vehicle completely because of this detail, and you lose buyers based in areas with stringent emissions testing.

In rare cases, you’ll find someone just as enthusiastic about the exhaust as you and willing to pay more for it. This might be a nice surprise, but it’s not something you should count on.

Evidence that straight piping improves engine performance or fuel economy is insufficient and varies depending on your specific vehicle. To weigh this accurately in your decision-making process, it’s best to ask others that drive the same car.

The argument is that straight piping frees up your exhaust system and reduces back pressure that stifles engine performance. Theoretically, this generates more torque and improves horsepower.

These gains are more plausible with high performance engines than with regular vehicles.

Claims of improved fuel economy depend on increased engine performance and assume that lighter weight reduces fuel consumption. This may be true for some vehicles, but it’s not substantial to offset initial costs.

The cost to straight pipe a car is no drop in the bucket, even when you do it on your own. It’s important to understand the full scope of your decision before implementing a new exhaust system.

Are you considering straight piping for your car? Comment your questions and reasoning below.