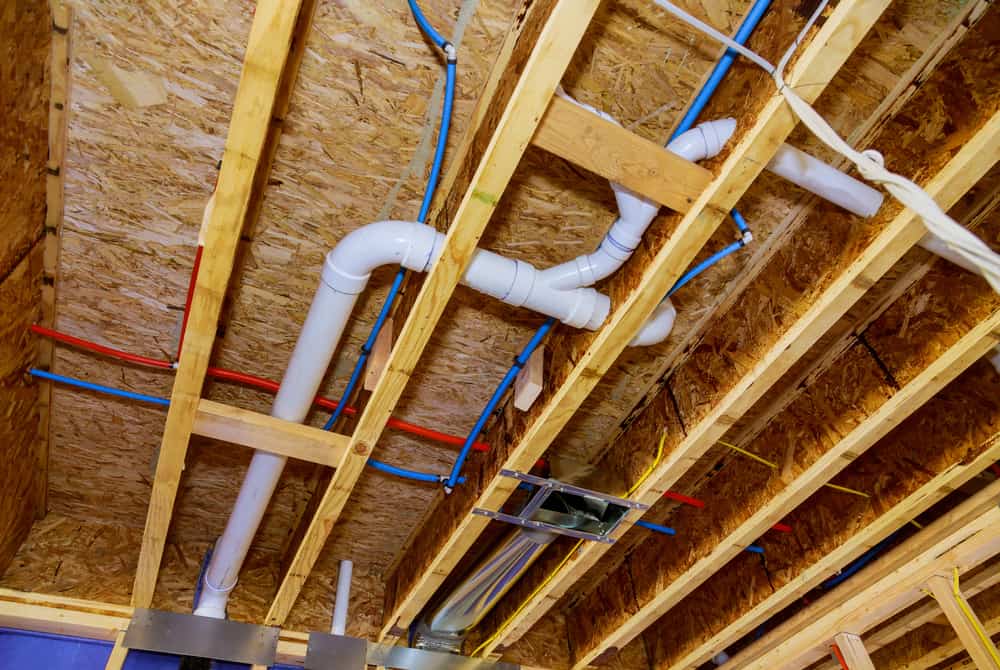 Are you looking to install new (or replace) your hot water lines and/or cold water lines? Then you should consider getting cross-linked polyethylene tubing or PEX pipes.

Now I know your concern might be the amount you’ll have to pay for this material. That’s why I’ve prepared this guide to address what you (and other people)are asking: how much does PEX pipe cost?

What is the Cost of PEX Pipes?

According to Home Depot, the average price for PEX pipes ranges from $20 to $800. This boils down to about 50 cents to $2 per foot of tubing.

The above-mentioned figures ultimately depend on the following:

PEX-A is more expensive than most PEX pipes because it is more resistant to burst pressure. It can handle readings of up to 500 psi, which make this flexible pipe more suitable in cold weather locations.

PEX-B, which is manufactured via moisture cure, has a coil memory that enables the pipe to return to its original shape. It is resistant to chlorine, which makes it ideal for areas supplied with chlorinated water.

PEX-C, which is manufactured through irradiation, is stiffer compared to other PEX pipes. Although it’s the cheapest of the three, it’s only recommended for short repairs since it is prone to cracking. 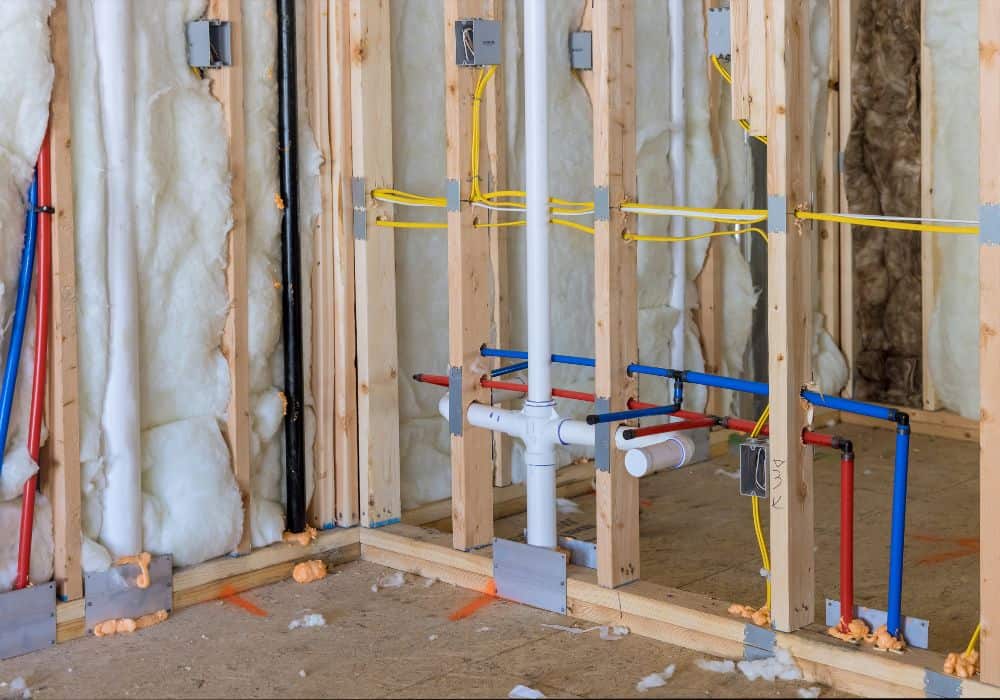 How Much Will it Cost to Repipe a Home with PEX Plumbing Systems?

Other costs associated with PEX repiping include:

PEX was first developed in 1968 by Thomas Engle. The German scientist thought of a way to crosslink plastic via radiation, thus producing a suppler form of polyethylene.

PEX was eventually used to make pipes, the likes of which arrived in the US in the 1980s. Before they were used to supply water, they were initially utilized in radiant floor heating.

The tube, which was embedded in concrete, was installed to carry hot water that will then heat the room.

Granted PEX was already used to supply water in Europe in the 1980s, but this didn’t happen in the US for a few more years due to degradation concerns. After all, the earlier versions deteriorated after exposure to chlorine.

Leakage was another concern with earlier PEX tubes, for older fittings failed easily.

After spotting these issues, manufacturers added antioxidants to make the PEX sturdier for water supply use. Likewise, they also improved the fittings, thus making PEX less prone to leaks.

Thanks to these changes, PEX pipes have become more popular than ever. Nowadays, they come in a variety of colors that show their distinct use: 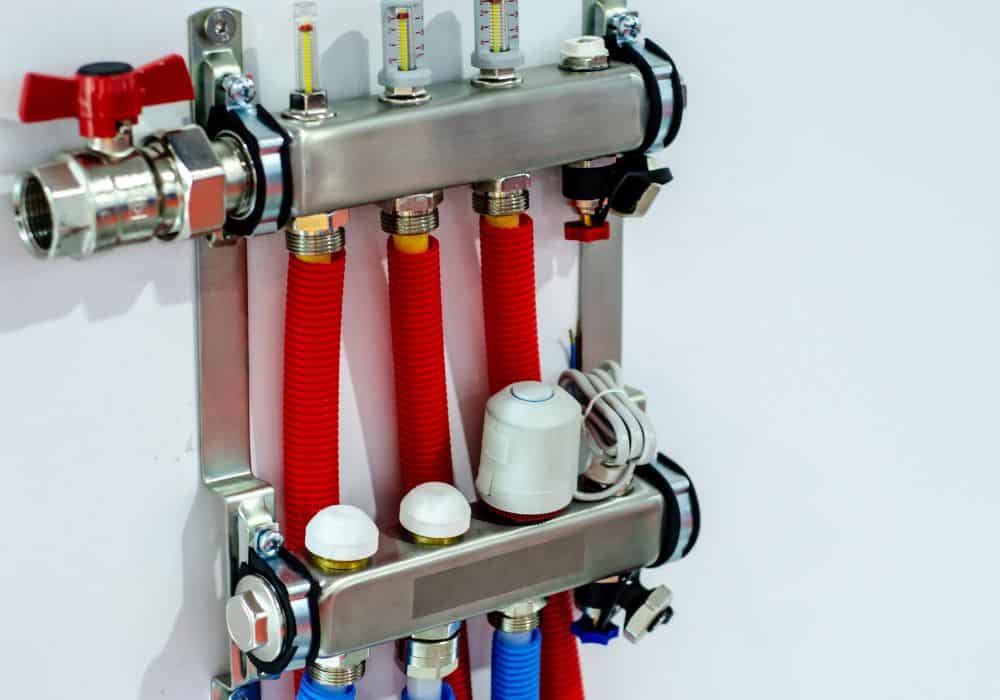 What are the Advantages and Disadvantages of PEX Piping Materials?

If you’re still on the fence about repiping your home with PEX, then these pros and cons should convince (or deter) you from using this material.

Being flexible, PEX pipes can easily wind through areas. You can actually use one long uninterrupted pipe to supply, say, your hot water heater. And since there are fewer connections (if there are any at all), PEX pipes are less likely to leak.

This flexibility also allows PEX to expand, which means it’s less likely to freeze (and crack) in extreme weather conditions.

Sturdy PEX pipes can last for a whopping 100+ years (most manufacturers offer a 25-year warranty too.)

Copper, on the other hand, only has a maximum lifespan of 50+ years.

PEX can keep your hot water hotter – for longer – because of its low thermal conductivity. As a result, you’ll save more on energy costs because of the reduced heat loss.

PEX pipes can be connected to metal pipes – granted you use the right fittings, of course!

As mentioned, PEX pipes only cost about 50 cents to $2 per foot. Although CPVC pipe is a little cheaper at 50 cents to $1 per foot, PEX is considerably more affordable compared to copper water supply lines. The latter will cost you a whopping $2 to $4 per foot!

PEX pipes, on the other hand, maybe snaked into walls with minimal damage. At the most, the professionals would make 8-20 holes throughout the process. As such, plumbing contractors may only need one day to install these flexible plastic pipes.

Given the easier installation processes associated with this flexible plastic hose, labor costs are sure to be cheaper with PEX pipes.

Copper may be rigid and durable, but it’s prone to corrosion and small pinhole leaks due to its chemical composition.

The good news is that this won’t happen with PEX. Since it’s made of plastic, it is safe from rusting and potential chemical leaching. It’s also immune to mineral build-up, which means good water quality for your home.

With PEX pipes, water flows silently because the material is flexible. That way, you don’t have to worry about the banging noise every time you’re using your water supply. 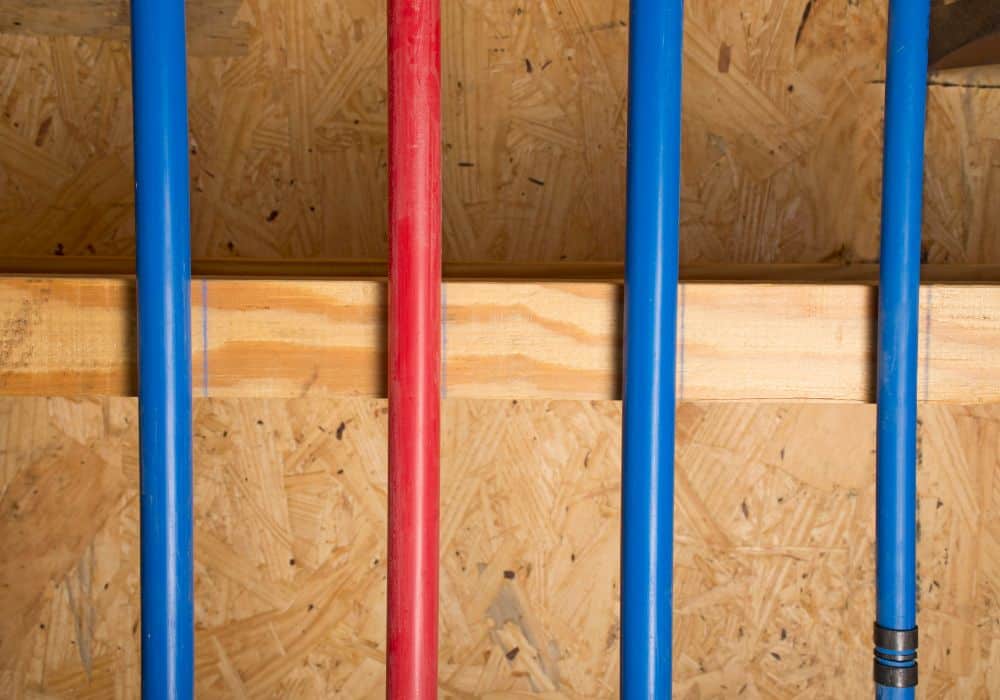 Although PEX pipe material has numerous advantages, it may not be used outside or in other high-heat areas. That’s because PEX can degrade after prolonged exposure to UV rays.

PEX pipes are easy to install, but this process requires special tools. They will cost some money, but they’re still cheaper compared to the materials needed for installing metal pipes.

Rodents will chew on PEX (and any other plastic material, for that matter.) So to prevent rodent damage, you need to set traps or put out rodent poison. If these don’t work, then you will want to call the exterminator quickly!

When Do You Need New Plumbing?

You may be hesitant to have your old pipes replaced with PEX (or any other material) because of the cost. But like many other things, you will need to have your house repiped when these arise:

All in all, repiping a home with PEX will cost around $4,200 to $6,000. These figures are dependent on pipe diameter, house size, number of plumbing fixtures, and pipe accessibility.

Do you want to know more about PEX pipes? Post your question below and I’ll be glad to answer it!