Skip to content
Pip's Island » How Much Weight Can PVC Pipe Hold Horizontally? (Tips to Find)

Are you considering using PVC pipe to support a load? Do you wonder how strong PVC pipe is and how much weight it can hold?

Well, PVC pipe is surprisingly stronger than it looks. It is no wonder it is the pipe of choice in many applications, including subterranean piping, drainage, and plumbing.

But, like all materials, PVC has its limits and will eventually buckle or break when the load exceeds its tensile strength. How much weight PVC pipe can hold horizontally will depend on factors such as the pipe size and length.

If you plan on using this pipe in any application, it is crucial to know how much weight the pipe can hold horizontally and vertically.

So, without further ado, let’s get started!

As a general rule, you should never place a heavy load on horizontal PVC pipe. Except for large pipes built for industrial use, most of the PVC pipes we use in domestic and light commercial settings are not built to withstand heavy loads of more than 28 pounds.

The average weight PVC pipe can hold horizontally is about 28 pounds. The more you pass this threshold, the higher the risk of the pipe breaking.

That said, there are several strength measurements to consider when determining the amount of weight your particular pipe can withstand.

When determining how much weight PVC pipe can hold horizontally, tensile strength is the most commonly used measurement criterion.

The tensile strength is the maximum stress a cross-section of the test pipe can withstand when a vertical load is applied to both ends of the pipe.

Generally, the tensile strength of PVC pipe increases as the pipe size increases. Invariably, smaller-sized PVC pipes are weaker than larger ones and will bend and buckle under a light load.

The bending strength of PVC pipe is the maximum stress the test pipe can take before breaking where the pipe is supported between two points, and a vertical load is placed at the center.

The compressive strength of PVC pipe is expressed in terms of the maximum stress the pipe can accommodate before it breaks when a load is applied vertically to the test pipe sandwiched between two of the pipe panel.

Another strength measurement is the fatigue strength of PVC pipe. This value is the maximum strength at which the pipe would not break after applying stress repeatedly for 7 to 10 times. In other words, fatigue strength is the amount of stress the pipe can accommodate after repeatedly placing a load on it. 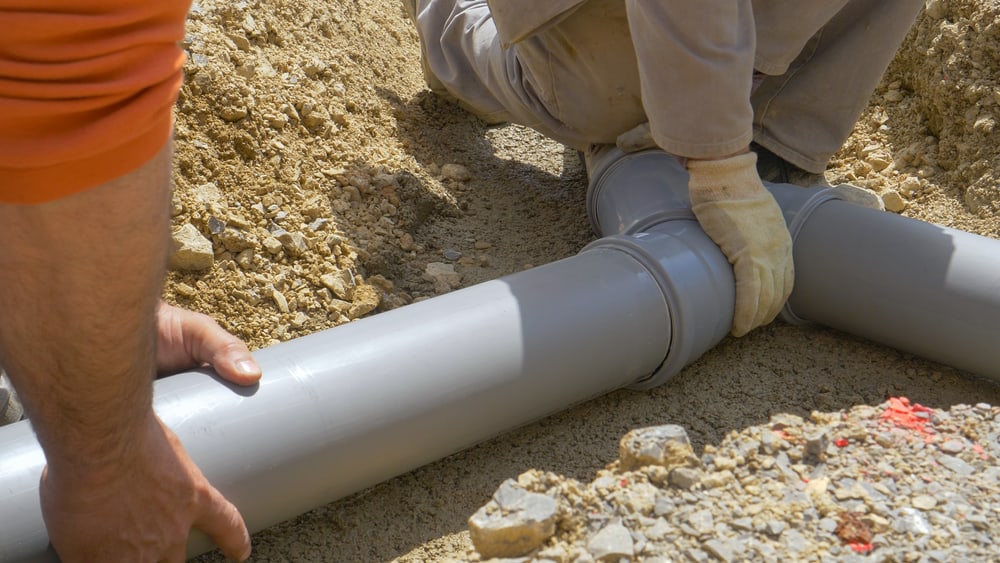 Many factors influence the maximum weight PVC pipe can endure before breaking. The primary variables are the pipe length and size nominal diameter.

Generally, the longer the pipe, the lower the pipe strength. Longer pipes can quickly self-deflect, meaning they are weaker and can easily buckle into themselves, making them unfit for bearing heavy loads. If you are dealing with pipes longer than four feet, avoid placing heaving loads on the pipe.

Another factor to keep in mind is the pipe size or nominal external diameter measured in inches. The smaller the pipe size, the more prone it is to breaking. In other words, thin pipe will not support heavy loads as well as thicker pipe would.

For example, PVC pipe with a 2 ft. horizontal length span and 1/2” nominal diameter can only support about 5lb load. In contrast, take a pipe measuring 1 ft. long with a 2” nominal diameter—this pipe can support a whopping 70lb load.

As you can see, opt for slightly thick, medium-length pipe for maximum weight bearing. Ideally, PVC pipe that can endure the most stress is less than four feet long with a nominal diameter of no less than 1 1/4.”

So, how do physicists determine how much load pipe of a certain length and size can withstand?

They place pipe between two props and apply external force by placing a load on the pipe. They then measure how much of the pipe bends at the center. This indicates the maximum weight pipe of different lengths and sizes can support.

This is because measurements such as tensile strength, fatigue strength, and bending strength of PVC pipe are calculated when both sides are propped evenly.

The dynamics change when a load is placed on one end of the pipe because the tensile strength now supports just one side of the load, placing more tension on the pipe. 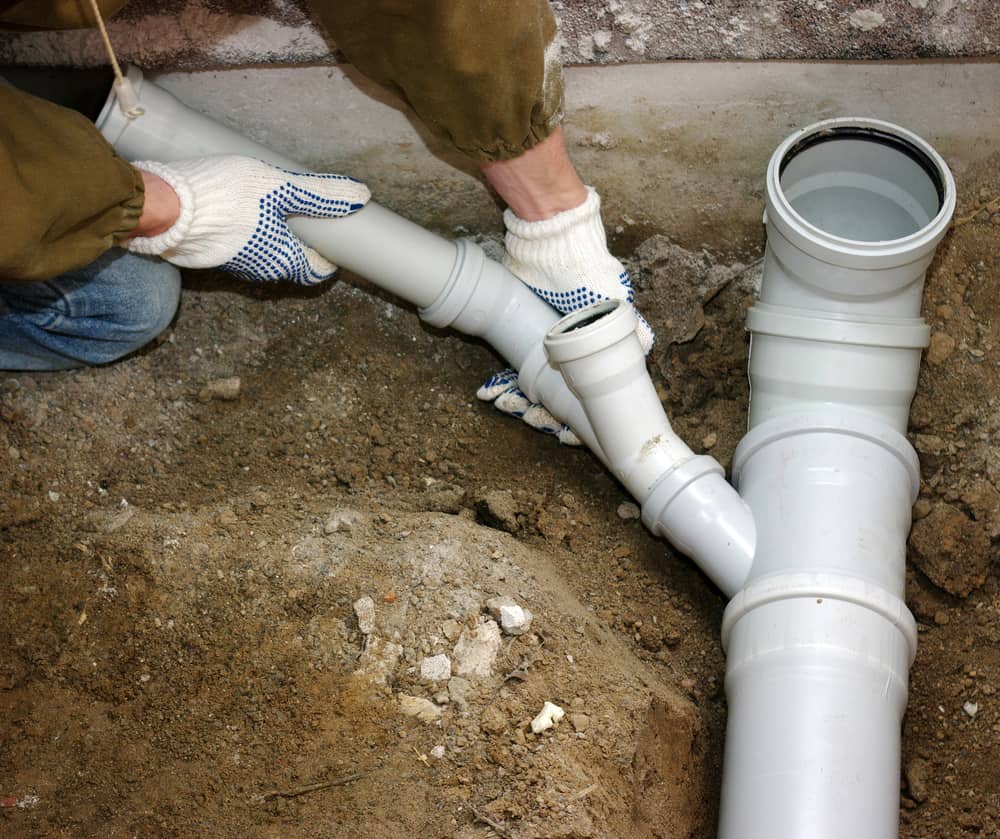 If you must use PVC pipe to bear a load, you should keep an eye on the entire system to ensure that the pipe doesn’t suddenly buckle or break.

When the pipe drops more than one inch or shows signs of wrapping, this is a sign that the load exceeds the pipe’s strength or capacity to withstand the load. To prevent further structural problems that can cause breakage and to increase the pipe’s load-bearing capacity, you should reinforce the pipe.

Here are a few tips for reinforcing PVC pipe:

All in all, you should avoid placing extremely heavy loads on PVC. This piping material is strong in its own right, but the truth is it is not built for heavy weights.

Where possible, use PVC pipe for vertical load-bearing applications. When you position the pipe horizontally, you are already working against gravity, increasing the stress on the system. This explains why the maximum load-bearing capacity of horizontal PVC piping is significantly lower than vertical piping systems. Unless it is absolutely necessary, avoid horizontal piping layouts and use vertical ones instead.

Summary: How Much Weight Can PVC Pipe Hold Horizontally

PVC pipe has many applications in domestic, commercial, and industrial settings. All three sectors use different pipe sizes and lengths depending on the particular application.

Different pipe sizes have different load-bearing capacities; the positioning of the piping system—whether vertical or horizontal, also influences the amount of load the system can support.

The amount of weight PVC pipe can hold horizontally is about 28 pounds, but this will vary with the pipe length and nominal diameter. Ensure that you understand your pipe’s load-bearing capacity before placing any weight on it.