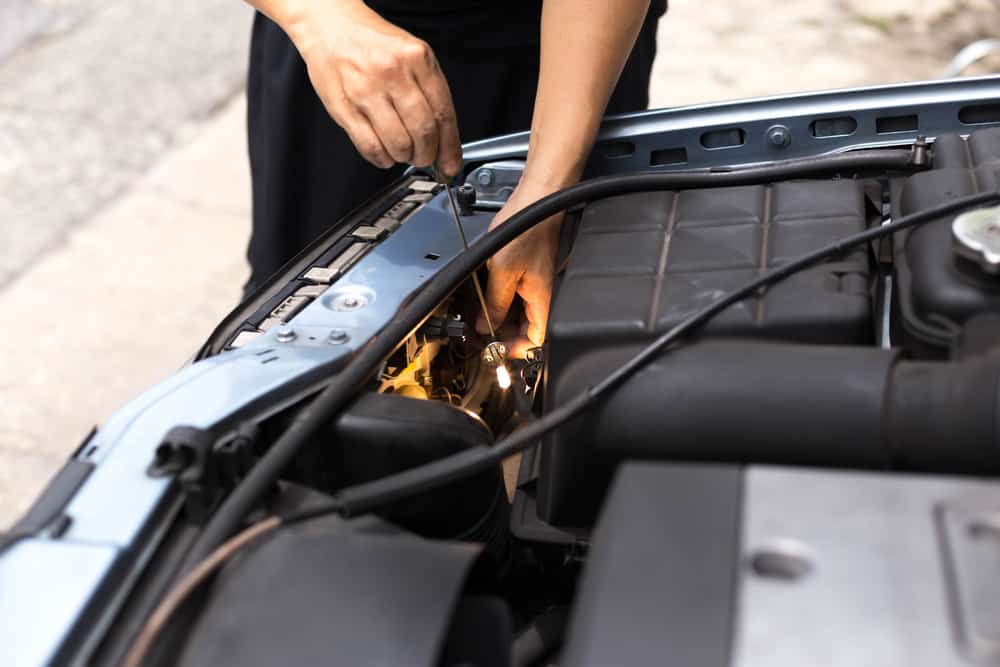 Did you try to start the car and the lights flash, but it won’t turn over? We know that a situation like this can be annoying and even dangerous.

If your car refuses to start, it could be because of a different number of things. That’s why it’s important to know how to check for a draw on a car battery with a test light and find the exact issue of your engine.

This article is going to show you how to check your car’s battery for draws so that you can avoid getting stuck in the future.

The battery is a critical component of any vehicle. It powers all the electrical systems in your car, including the starter motor and ignition system. If your battery has gone bad, it can make starting your car difficult, especially in cold weather.

A parasitic battery drain is when something in your car (like an electrical system) keeps drawing power from the battery even when the car isn’t running. This can cause the battery to die, which can result in problems like not being able to start your car or having trouble getting it going again.

Parasitic drains can be caused by things like faulty alternators, ill-fitted parts, worn-out cables, or short circuits. A draw might also be caused by an issue with safety equipment like automatic seat belts or airbags or even an issue with your anti-theft system.

They may not seem like much at first, but these little drains can eventually cause significant damage to your vehicle’s battery—and even render it useless. That’s why it’s important to find out if you have one and fix it before it worsens. If you’ve been having trouble with starting your car lately and want to check whether or not your battery needs to be replaced, here’s what you need to do. 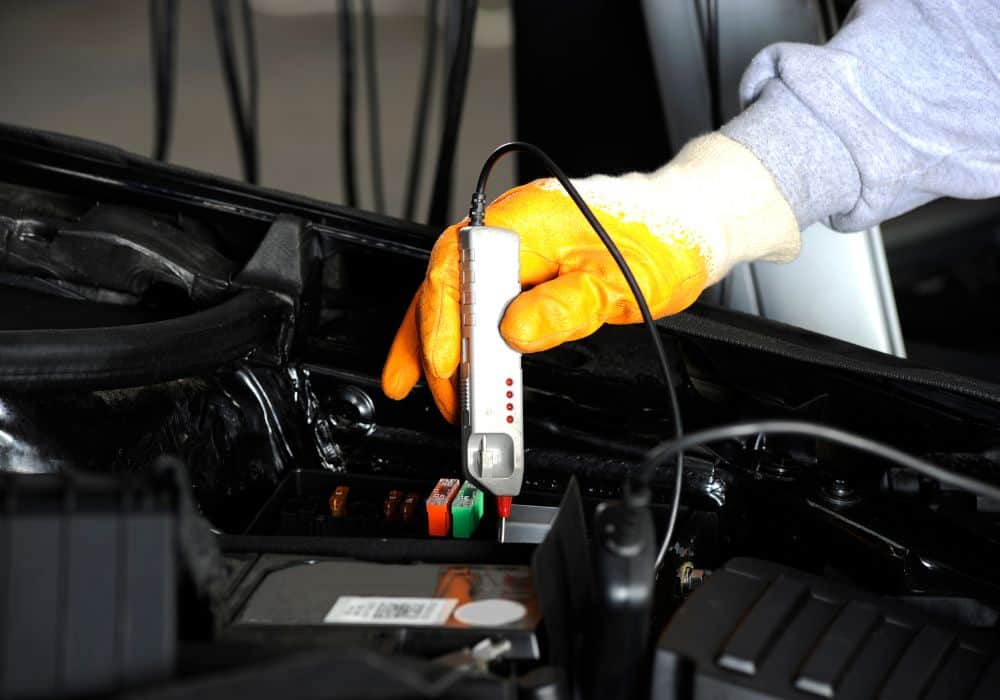 Step 1: Check if your battery has a drain

It’s not always apparent that a draw is happening—you might not notice anything at all until your battery has completely drained. One of the first signs is that your car it’s taking longer than usual to start up.

There are many different ways to diagnose a parasitic battery drain, but the easiest way is by using a test light. This tool allows you to check for any current running through your car’s electrical system while it’s sitting idle or being driven. If there’s no current flowing through the system, then your battery isn’t being drained—but if it is currently running through it, then there may be an issue with your vehicle’s wiring or alternator.

Step 2: See if your light test is working

The first step is to check if the test light is working. To do this, plug in the test light and turn it on. If it lights up, then great! You know that it’s working properly and can proceed with testing for draws on your car battery; if not, make sure that all connections are tight and try again.

Step 3: Turn off all devices in your car

Turn off all electrical components connected to your vehicles, like lights, heat, radio, and any accessories like a blower or windshield. You should also make sure that you lock all doors —this will prevent an accidental short circuit when you’re checking for draws on your vehicle’s battery. Now it’s time to head to the trunk.

You’ll see a big black box under your hood with several wires coming out of it—that’s your vehicle’s battery. Disconnect the negative cable from the battery’s terminal. This can be done by using an adjustable wrench or any other type of tool that fits over it securely enough.

It needs not slip off while still being able to loosen it up enough so that it comes off of its own accord when pulled slightly away from its original position (this should allow for some slight movement without exerting too much force).

Connect the end of the test light to one of the negative battery terminals. The clamping cable you unscrewed should be attached to the other end. The test light will illuminate following the connection, indicating that your battery is losing power.

If there’s no light, then there’s no draw on your battery. If it is alright, then you can start investigating which of your fuses is causing this problem.

If you have a multimeter, you can also check the battery’s voltage now. It should be between 12.5 and 13.5 volts. If it’s below 12 volts, then your battery is probably bad and needs to be replaced.

Find your fuse box and flip the switches one by one until you find the culprits that cause the short in your car when it’s removed from its socket. They are usually labeled, but sometimes there are multiple fuses in different positions on your fuse box cover plate—so be sure not to mix them up when reinserting them.

You can also use the wiring diagram to target the issue. If the light doesn’t change, it means you can go to the next fuse. If you pull one fuse out and the light glows, it means you have found the cause of your car’s current draw.

If you’ve found the fuse that causes your short, it’s time to replace it. To do so, simply locate the fuse box in your vehicle and remove the bad fuse from its socket. Then insert a new one and test out your car again by turning on all of its systems—lights, radio, etc.—to make sure everything is working properly.

If you’re still having trouble starting your car, it’s time to take it to an auto mechanic. They’ll be able to diagnose the problem and give you a better idea of what exactly needs to be replaced. 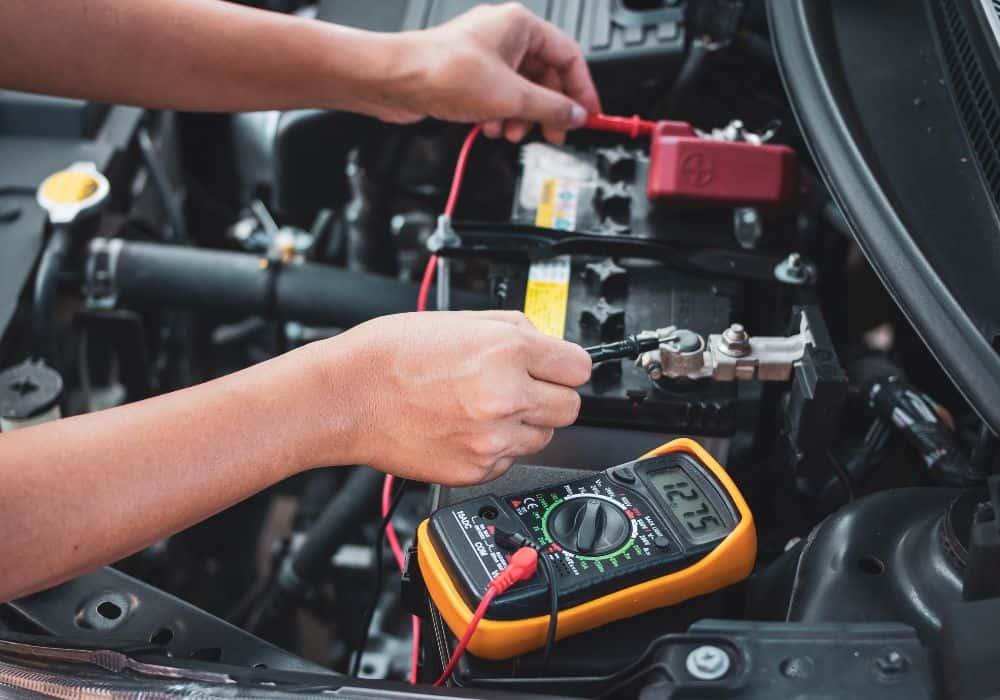 How to prevent draws

Unplug extra accessories like chargers and cell phones to prevent battery loss when you park your car for the night. Additionally, when leaving your car, make sure the lights are all off, the doors are locked, and the trunk, glove box, and all windows are closed.

Take your car for longer drives to charge the battery instead of more short rides. Let your car run for a few minutes each week if you are not using it. Ultimately, for older vehicles, the best thing you can do is change their battery, as their life is usually around 5 years depending on the brand.

A car’s battery is a crucial part of your car, but its problems can be difficult to pinpoint. That’s why it is important to know how to identify the culprit fast and easily. We’ve got a simple solution for you, so just follow these steps and you’ll be back on the road in no time. Using the test light will show you exactly where your problem is so that you can resolve it from the comfort of your own house.

If you are still unsure about what you need to do, let us know in the comments and we’ll follow up.