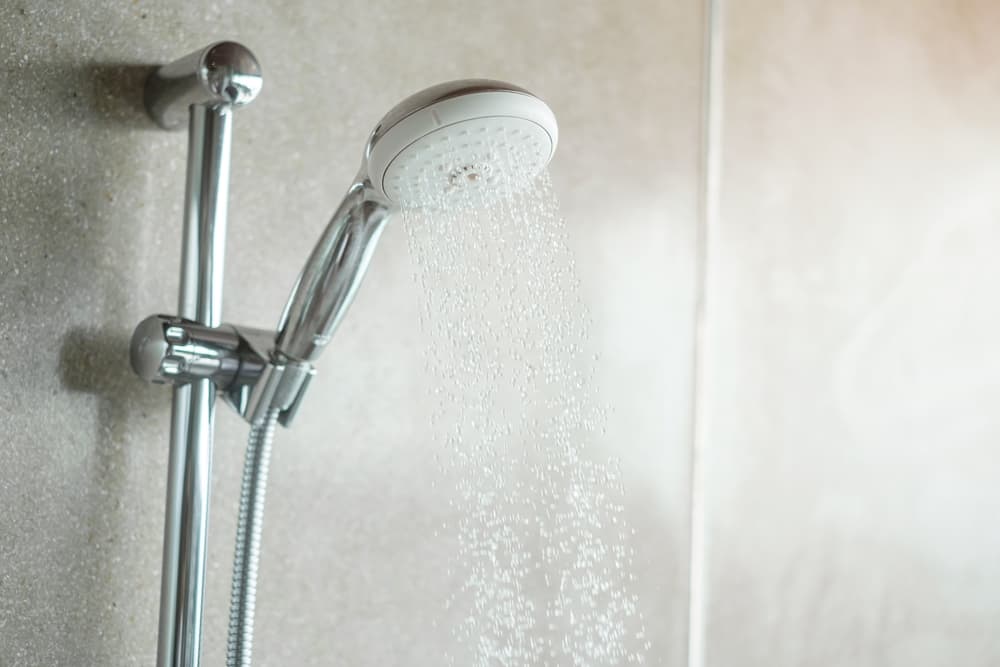 Is your shower head pipe leaking or faulty? Are you tired of your old shower head altogether and ready for a change?

While you may be tempted to call an expensive plumber, learning how to install a shower head pipe – AKA a shower arm – is a simple do-it-yourself project. With a few tools and this step-by-step guide, you’ll have everything you need to redo your shower space. Plus, check out our extended tips at the end to make sure your installation is top-notch. 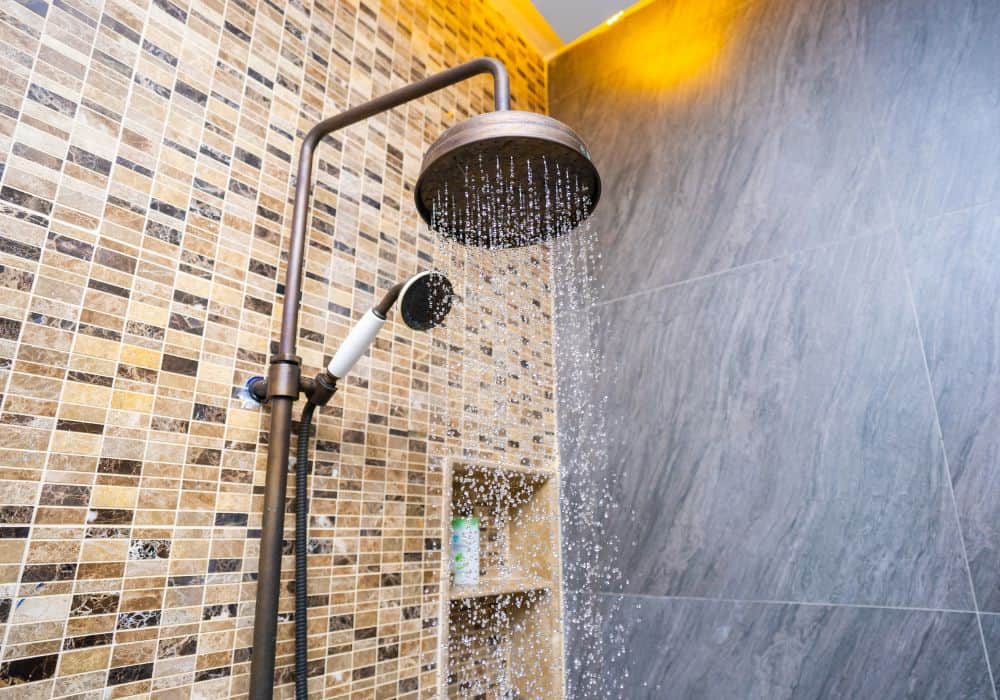 In five simple steps, you’ll have a new shower arm installed and your water running just the way you like it! Let’s get to it.

In the latter case, place the rag around the base of the shower head and grasp it with your wrench or pliers. Twist counterclockwise until the showerhead disconnects from the old shower arm.

Then, place the rag on the base of the old shower arm and repeat this process with the wrench or pliers. Turn them counterclockwise to slowly unscrew the old shower arm from the water supply in the wall. The entire arm will turn with your wrench or pliers during this process, and you may want to complete the last few turns by hand to get a better grip on the hardware.

Remove the old shower arm and escutcheon from the wall.

Pro Tip: If the old escutcheon is stuck on the wall, it may be from mineral deposits or old glue. Run a utility razor under the rim. If this doesn’t work, use a liquid remover formula that will work on silicone.

Thread seal tape – also called plumber’s tape, Teflon tape, and PTFE film tape – is needed to prevent any leaks from your wall or shower head. This will save you time, money, and a headache in the future as you avoid potential water damage from shower leaks.

Grab your thread-sealing tape and wrap both ends of your new shower arm. When speaking of renovation projects, threads are the ridges on hardware, screws, bolts, etc. that allow parts to be screwed together. Threading is when you screw one item into another.

Wrap the thread-sealing tape clockwise on the threads of both sides of your shower arm. It’s important to wrap it clockwise so that it doesn’t unwrap when you thread the shower arm into the water supply line.

You’ll want to wrap the tape around the threads at least four times. Check out a video illustration below. You can put slightly less tape on the side of the arm that connects to the shower head (about 1-2 fewer layers).

Next, use your flashlight to peek into the hole that is now exposed in your bathroom wall. You may want to run your finger or a small clean brush along the sides of the hole to remove any debris or dirt that has accumulated on the threads over the years.

Place your new escutcheon on the end of the shower arm that will connect to the wall. It should slide on easily.

Then, insert the shower arm end into the wall and slowly thread it clockwise, by hand, to tighten it to the wall.

Your shower won’t be complete without adding the shower head to your shower arm. Installing a new showerhead can take as little as two minutes.

You will choose between a standard, fixed shower head or a handheld shower head that moves around and is connected to a plastic or metal hose.

First, stabilize the shower arm where it connects to the wall by holding it with your hand and a rag or with a second wrench. You don’t want this part to turn or you could end up with an upside-down shower arm or a damaged internal pipe.

Once you have a strong grip on the arm, begin to thread your new shower head onto the end of the arm. You should be able to thread it snugly by hand. If you use a wrench, place a rag on the shower head first to prevent scratches on your new appliance.

Thread your wall bracket/socket onto the shower arm using the same method as for a standard shower head. Be sure the socket finishes so that the hole for the shower head is parallel to the floor, allowing your shower head to rest at the appropriate angle. Some sockets are adjustable.

Most hoses will have a shorter end and a longer end, and the shorter end should connect to the bracket/socket. If there is space for thread-sealing tape, add some to the threads of the hose ends. Some hoses may come with rubber washers and will not need tape.

Pro Tip: To conserve water and save on your water bill, choose a low-flow shower head replacement with a flow rate of less than 2.5 gallons per minute.

Turn your shower on and check for leaks around any of the areas you have threaded or tightened.

If the shower arm leaks, try tightening it one turn with a wrench. If it continues to leak, you should remove it altogether, reclean the threads, reapply the plumber’s tape, and screw it back on.

Pro Tip: Always stabilize the shower arm base when tightening a part of your shower.

To sum up how to install a shower head pipe, remember these key steps:

I’m confident that you’re ready to replace your shower arm, but if you’re left with any questions, let us know in the comments. Otherwise, get out there and get it done!