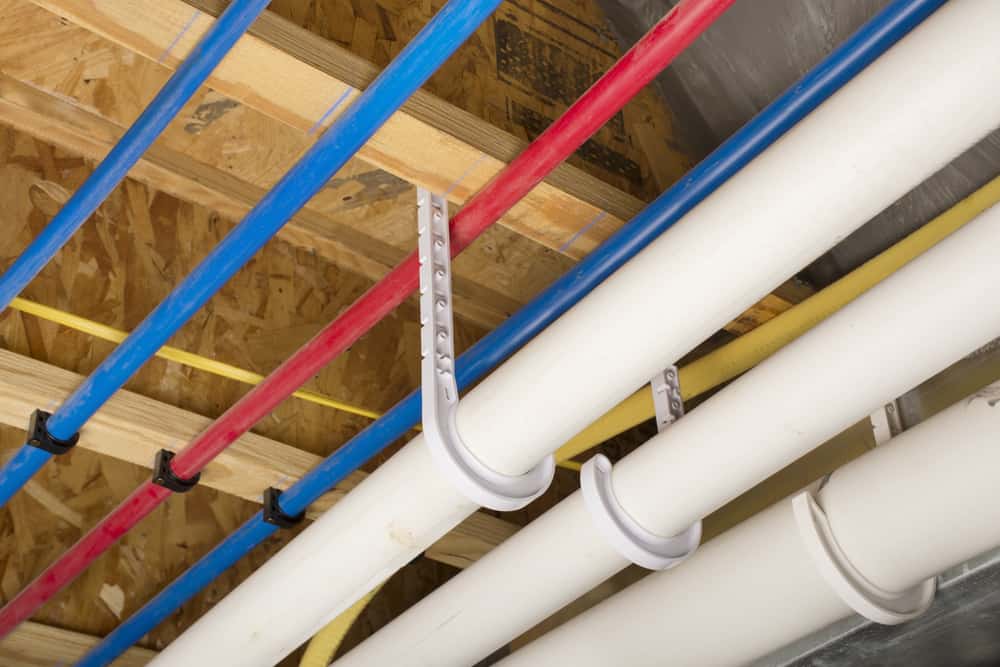 In some countries, during cold weather or winter, PEX piping exposed outdoors tends to be damaged.

While it is costly to get a repairman, you sometimes ask yourself, can I insulate my PEX pipes on my own?

The answer is definitely yes, and in this article, we will discuss how you should properly insulate your pex piping.

What Is A Pex Pipe?

Cross-linked polyethylene (PEX) pipe is made from a flexible plastic that is usually used in water lines. Many plumbing experts use this type of pipe as an alternative to copper and galvanized steel.

Nowadays, PEX pipes are used by home enthusiasts to repair their main water lines that have become leaky. Aside from PEX flexibility, using this pipe requires no glue or a standard medium for sticking it with your water lines.

Instead, you are only required to use crimp rings or Crich clamps, and any of these two is already enough to secure the pipe for controlling water pressure.

In Asian countries, PEX pipes are usually seen in vacation homes for rent and apartments.

Furthermore, PEX pipes are available in blue and red. Generally, these colors are helpful so that you can track the cold and hot water in your new home. Some manufacturers also produce white-colored PEX pipes for those who are designing their homes aesthetically.

Take note that, using a PEX pipe and connecting it directly to tankless water heaters is not advisable. If you want to do such, you might first want to use a pipe extender that is at least 18 inches from your water heater.

It was in 1968 when polyethylene materials were discovered to be helpful in producing pipes. The new plastic was first used for radiant floor heating systems in the US in the 1980s. The flexible tubing is implanted in a concrete slab, and hot water is run through it to heat the slab and radiate heat to the rest of the room. The radiant floor heating industry continues to favor PEX piping.

Early PEX water systems were the subject of complaints when the fittings connecting the pipes failed and leaked. That issue was resolved by better fittings, which led to a rise in PEX’s popularity. Over 60% of residential water supply systems installed in new homes today use PEX. 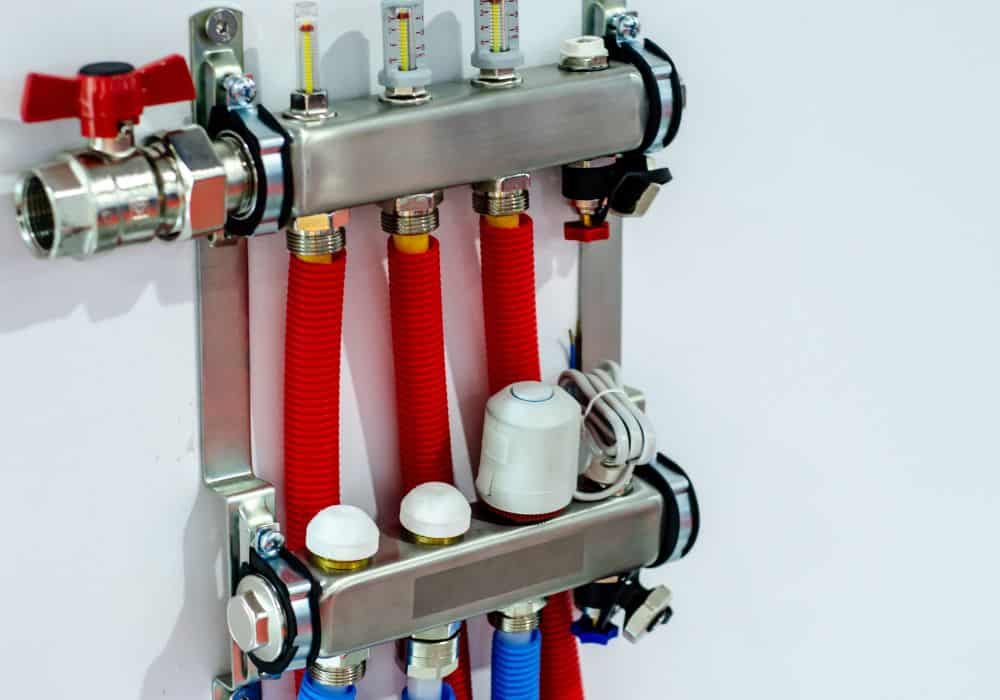 PEX is offered in a range of lengths, from 10-foot sections for quick repairs to 500-foot rolls for installing a home’s full water supply system.

PEX pipe comes in diameters ranging from 3/8 to 1 inch, and because of its color coding, it’s easy to tell what each pipe is used for.

Although there are three types of PEX, the various colors don’t always indicate the differences. Instead, they make it simple for you to distinguish which lines carry hot water from which carry cold.

How to Determine if You Need to Insulate Your PEX Pipes

Sometimes, you would ask yourself, should I insulate my PEX pipe?

Generally, a PEX pipe that is exposed outside or in uninsulated areas should be insulated.  When temperatures fall below 20 degrees F, the PEX tubing still has a chance of freezing and bursting.

Additionally, stiff pipes like copper, PVC, or CPVC can resist cold temperatures better than PEX pipes, which can and will freeze in cold weather. However, the former materials are not bendable unlike the latter.

If you are going to buy PEX pipes, make sure that you will be given a warranty. If not, you should take note of this as this is one of the reasons why you should be insulating your PEX. 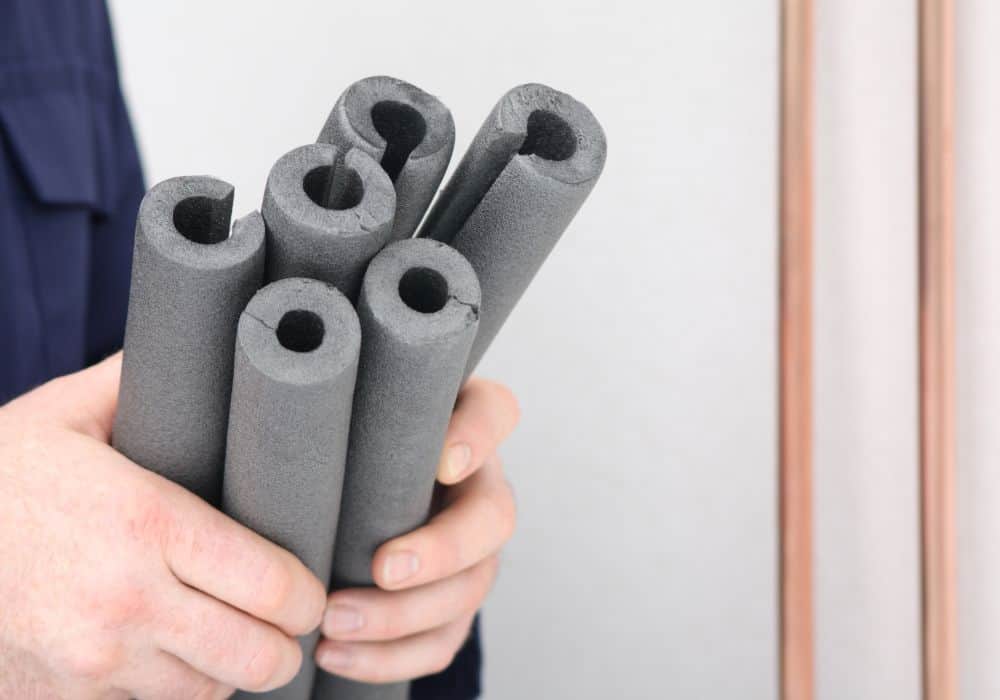 Of course, you wouldn’t want to buy another PEX pipe in case of damage, would you?

The general rule of thumb: you do not need to insulate your PEX piping if it is passing through interior walls or insulated external walls.

However, if you reside in a region with cold winters, you should insulate any exposed pipe that is outside or inside of unheated places like a basement, crawl space, or attic.

Moreover, insulation is vital when installing PEX piping because doing so without it could have unfavorable effects.

It is more resistant to temperature changes than other frequently used materials. It is made of flexible pipes, which makes it less effective as a conductor of heat and cold than materials made of metal.

Proper Way to Insulate A Pex Pipe At Home

If you want to insulate your PEX without calling a pro, you may try the following steps and techniques below:

1. Where do your PEX pipes run?

The first thing you should do if you want to insulate your PEX pipes is to identify their locations and where the pipes run through.

Generally, this is easy if you know the plot of your new home. Hot water pipes should, if possible, be run through the interior walls rather than the exterior walls of the piping. If the pipes are inside your home, you are encouraged to keep the interior temperature warm to prevent freezing.

2. If your PEX pipes are exposed outside

Hot water pipes outside are occasionally unavoidable. Outside spigots and other purposes need the running of cold water pipes.

It’s a good idea if you would open a cold water faucet inside during a hard freeze, which usually occurs at negative temperatures so that a trickle of water can come out.

Eventually, the ease and speed of freezing will be slower for flowing water and the water pressure on your piping walls is also decreased as a result.

Generally, if you own a second vacation house, it is indeed true that you do not go there during the colder months.

If so, you might want to consider plumbing winterization by draining the whole plumbing system including the water heater, toilets, basements, crawl spaces, and under sinks. Generally, these are susceptible to PEX piping damage in the winter.

If the temperature becomes cold enough, the pipes may freeze in these areas because they are not heated.

These pipes frequently develop visible cracks at connection points from freezing. When insulating your PEX pipes, you may also enlarge them for every change in temperature. This technique can help to mitigate some damage and bursting pipes.

Based on personal experience, even jacuzzi PEX pipes that are not insulated are prone to damage, especially when they are outside.

5. Cell pipe insulation in the attic 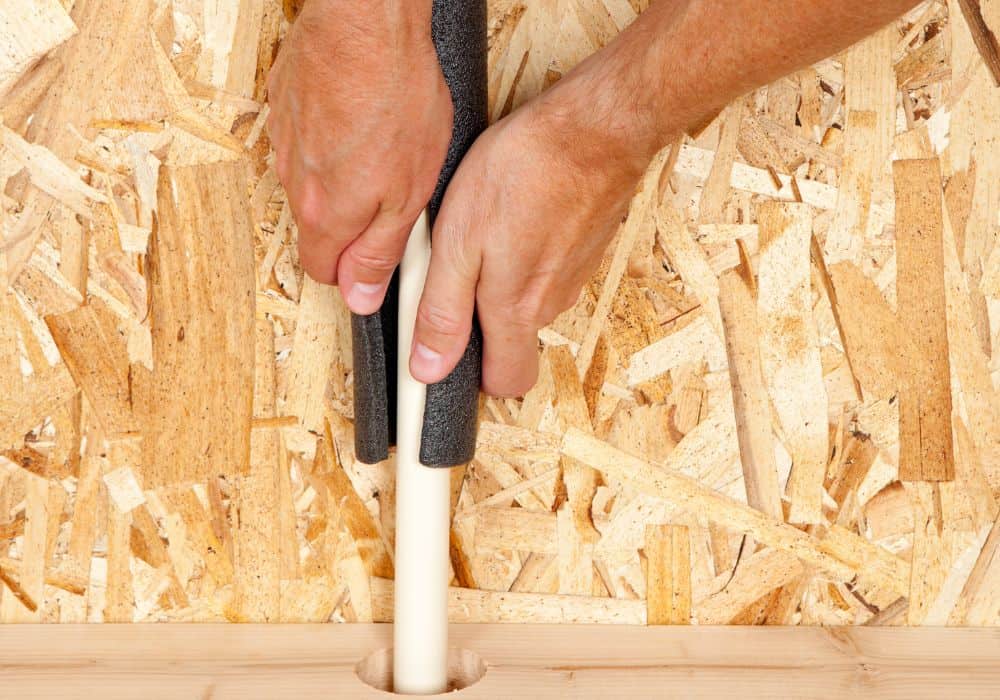 Not all houses have attics and for those who have one, the hardest part of installing insulation for PEX piping in an attic is navigating the small areas that run throughout the space.

When combined with open insulation on one side, PEX and foam insulation can already offer sufficient flexibility to deal with such issues.

When insulating your PEX pipes in your attic, clipping them and running them from the other end for tees and fastening the ends of the pipes with zip ties for added support for the glue is also possible.

Always keep in mind that, no matter where your PEX pipes are, as long as they are uninsulated, they will be prone to cracks and damage.

Of course, there are some requirements when insulating PEX pipes. If you will do the insulation on your home, you might want to consider thinking of the following:

Before insulating, the PEX piping should be clean as dirt may hinder the glue which you will use from sticking properly. In addition, cleaning the pipe will also prevent you from having dirt affect your water quality.

Indeed, freezing temperatures can damage your PEX pipes. This is the main reason why an exposed PEX pipe should be insulated, especially when you know that you do not have any warranty from the stores where you bought your pipes.

Although it is possible to insulate your pipes on your own, when doing it, you should follow the proper steps, recommendations, and requirements.