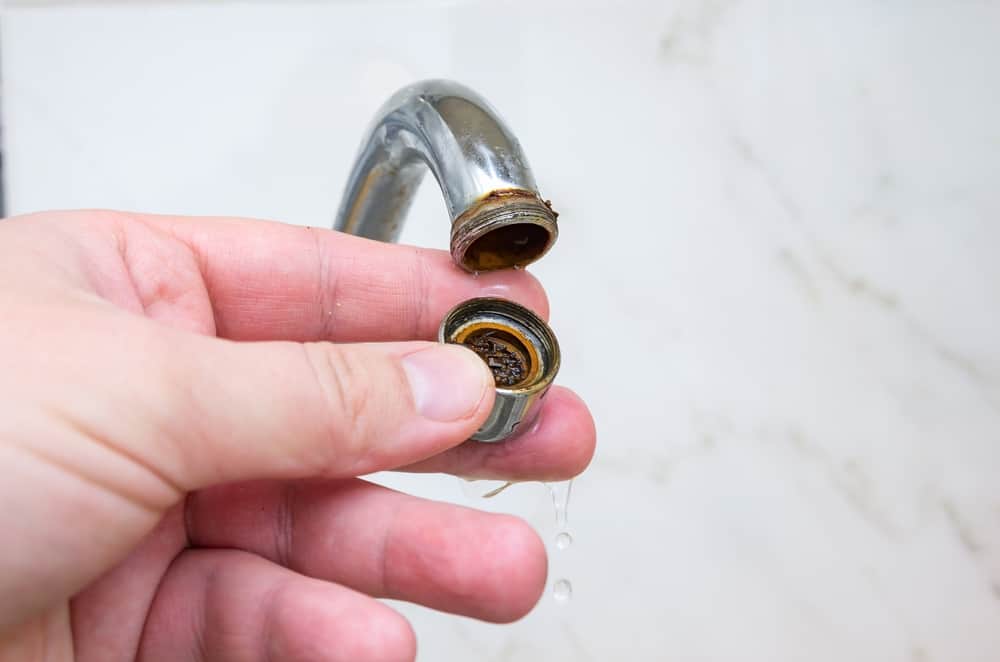 Calcium buildups in pipes can be difficult to deal with. These are calcium carbonate deposits often formed when hard water is heated. Fortunately, both temporary and permanent solutions exist to this issue!

If you choose the temporary calcium buildup removal solution, you’ll be left with clean pipes for only a few weeks or months. Sooner or later, you’ll find yourself repeating this daunting process.

On the other hand, the permanent solution might be costly in the beginning but definitely worth it in the long run. Let’s discuss all the options in this post such that you can make an informed decision!

What causes Calcium Buildup in Pipes?

Hard water has a high amount of dissolved minerals, especially calcium and magnesium. Calcium carbonate deposits can form scales in your water heaters and pipes when heated.

These solid deposits are called limescale or calcium buildups and play a role in reducing the efficiency of your plumbing system or, if not attended for a long time, clog it.

While a few options exist that dissolve the scale, the only long-term solution is to soften the water or replace your plumbing pipes with a material that doesn’t permit the attachment of these calcium carbonate deposits.

One of the major telltale signs of hard water is needing more cleaning products, be it during a shower or laundry. Your clean dishes right out of dishwater also might bear some annoying white spots.

Besides these, the evidence that confirms hard water running through your plumbing system is white scaly deposits on the inside of your pipes. Your faucets and showerheads will also show bear a thin layer of white deposit.

What Breaks Down Calcium Deposits?

While years of limescale buildups might require a professional intervention, mild to moderate calcium deposits in pipes can be taken care of on your own. Below are a few options that break down calcium deposits.

Vinegar is a diluted acetic acid. Acid, when combined with the base, neutralizes into salt and water. Here, limestone or calcium carbonate is the base. When these two react, you can expect a neutralization reaction to occur, which ends up dissolving the solid deposits.

The reaction produces water and carbon dioxide gas, thus the fizzing action. As vinegar is simply a mild acid, this method might take relatively longer.

Many also suggest using baking soda alongside the vinegar, claiming the fizzing action helps dissolve the scale better. Do give it a try, and let us know how it worked for you!

Lemon juice also contains mild citric acid. And, as per the neutralization reaction, it can be a pretty effective natural limescale dissolvent.

However, in all honesty, pouring freshly squeezed lemon juice down the drain to unclog the pipe is simply not practical. What you can do is use the lemon juice spray to clean the faucets, shower head, or any deposits on the sink area instead.

The mechanism of citric acid is similar to acetic acid. The acid combines with carbonates to release water and carbon dioxide.

Many chemical limescale descalers are available commercially. These cleaners are typically acid-based. Calcium, Lime, and Rust remover (CLR) is one such product that many vouch in favor of.

Unfortunately, many commercial limescale descalers aren’t eco-friendly. However, there are a few environment-friendly options available in case you want to minimize your carbon footprint.

While some DIY blogs suggest you invest in a strong acid such as Hydrochloric acid (HCL) and DIY prepare a limescale dissolvent, we’re absolutely against the idea.

These acids are intensely corrosive, and even their fumes can result in damaged nose tissues. While handling these chemicals, you cannot afford to make one minor accident. So our advice, steer clear of such hazardous attempts.

Another potent descaler, muriatic acid, a diluted version of hydrochloric acid, is used to dissolve limescale from bigger surface areas such as in a pool.

You’ll probably not be using muriatic acid to remove calcium buildup in pipes. If you do, wear protective clothing and equipment and be extra careful during the handling.

How To Clean Calcium Buildup In Water Pipes?

1.   Fill a few buckets of water to flush the pipes later on:

Once you start the calcium buildup removal process, you’ll be turning off the water to your house. Therefore, start by filling a few buckets of water to later flush the pipes. A proper approximation is a large pot of water for every sink, toilet, or shower drain that requires treatment.

Also, you’ll not be able to turn on the taps for a few hours, especially if using the vinegar-baking soda descaling method. So, make sure you set aside more water buckets for your household purpose.

The next important step is to shut off the water supplies to your house. Also, turn off all the taps. You don’t want every taps and hose to flood once you turn back the water.

Moreover, it is imperative you turn off the circuit breaker to your water heater. Remember to always do this step before actually shutting off water to your house. Else, the heater will burn up and become damaged.

Once the water is turned off, open the taps to drain the remaining water. Flush the toilets and drain the water heater. Finally, you’re ready to use commercial or natural limescale descalers on your next step.

Now it’s time to bring your choice of limescale descaler into action. Pour the dissolvent down the drain.

If you’re using a vinegar-baking soda combo, add a cup of baking soda first, followed by vinegar. You’ll notice fizzing action going on. Feel free to use the vinegar depending upon the intensity of buildup.

When using synthetic commercial cleaners, always wear protective clothing and gloves for your safety. An easier method of pouring these liquids is using a funnel.

While the commercial cleaners do their job in about 15 to 30 mins, the vinegar cleaner must be left in the pipe for a few hours for an ideal result.

5.   Clean other bathroom and shower essentials:

While you’re waiting for the calcium carbonate descaler to do its job, you can soak showerheads, faucets, and other bathroom and kitchen equipment that need to be treated. While calcium carbonate deposit might not be harmful or problematic in these items, it sure is unsightly.

Finally, it’s time to boil the water you set aside in the beginning. Hot water removes greasy debris as well as the descaler. Pour hot water into the sinks and finally flush the pipes with clean water to remove all the buildup and debris.

7.   Repeat every few months to prevent a clog:

Make sure to descale your plumbing system, water heaters, coffee makers, or anywhere that might come in touch with hot hard water every few months.

In the case of drinking water tanks, pipes, and heaters, don’t use commercial cleaners as these might be toxic to human health. Use natural or mechanical cleaners or a cleaner that guarantees human health safety in these cases.

How To Prevent Calcium Buildup In Pipes?

A hard water softening system is often a whole-house filtration system in which hard water is converted into soft water by a process called ion exchange.

The detailed components and mechanism of a hard water softening system is another whole post. In short, negatively charged resin beads attract and trap the positively charged mineral deposits in the water, thus letting the softened water flow to the next chamber.

The water softening system is quite efficient and commercially and residentially used worldwide. It will partially or fully remove the hardness depending upon how hard the water is. According to HomeGuide, expect to pay around $800 to $2,500 for a softener and its installation in 2022.

Another solution can be to replace your metal pipes with PEX. Plastic pipes such as PVC and PEX are more resistant to calcium buildups. So, if the buildup problem is annoying you too much, you might as well replace the plumbing pipes with PEX.

When To Call on a Plumbing Professional?

In case of heavy calcium buildup clogs that don’t seem to dissolve with any natural or synthetic cleaners, you might want to seek professional help.

The plumbing professional will probably use an electro-mechanical cleaning machine to clear the clog. After that, you can definitely reclean the pipe with limescale descaler to remove the remaining buildups.

We hope this comprehensive guide on removing calcium buildup in pipes was helpful. As you can see, there are quite a few ways to get rid of the buildups. The temporary solutions can be exhausting to repeat if the buildups frequently clog your drain.

On the other hand, a filtration system can be expensive initially but will protect you against the harshness of hard water.

In our opinion, if the hardness of the water running through your home is high, a softening system is due sooner or later. But if the hardness is not too much of an issue, you can absolutely get away with the temporary softening solutions. 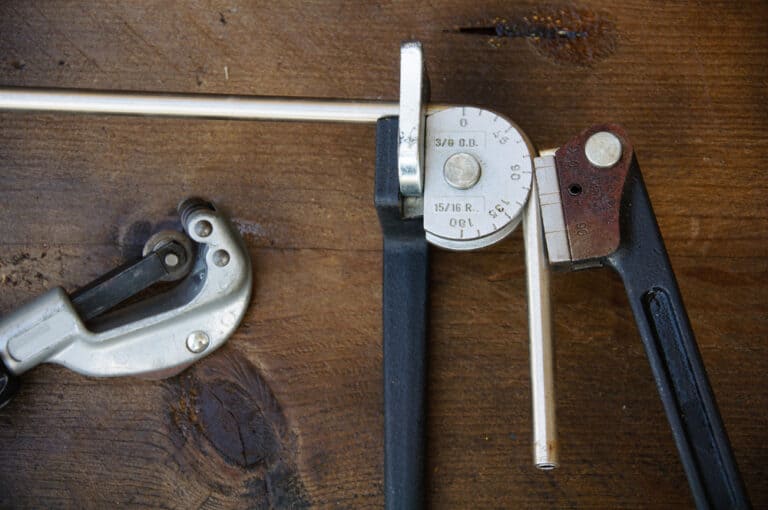 While the same ol’ heating and bending process works for thin-walled pipes, the bend is not always smooth. And you don’t want to spend hundreds of dollars on a pipe bender either, do you? Well, you can always DIY your own pipe bender! While we cannot say it’s an easy task that can be completed… 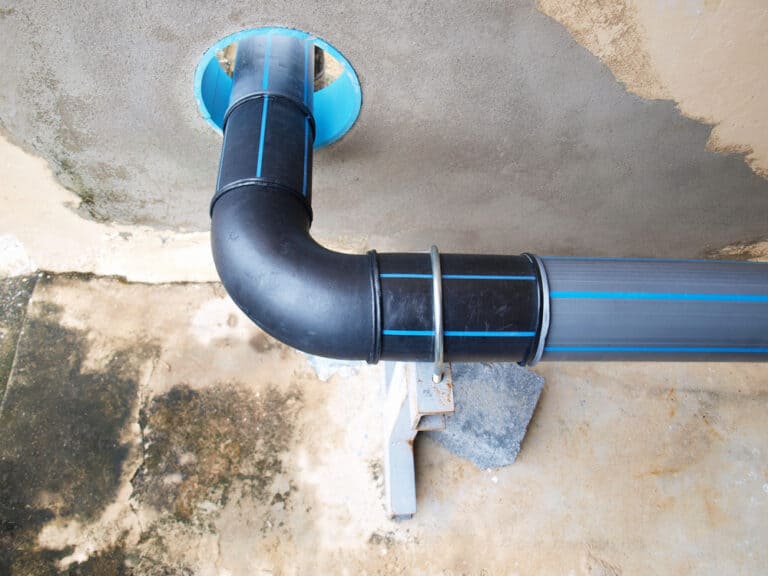 Polybutylene pipes, once considered revolutionary, aren’t desirable among many home buyers today. And rightfully so! Studies have concluded the incompetency of these pipes, and the personal experiences of the homeowners, as well as multiple lawsuits against the polybutylene manufacturing company, speak volumes about if or not these pipes are suitable for your house. But the… 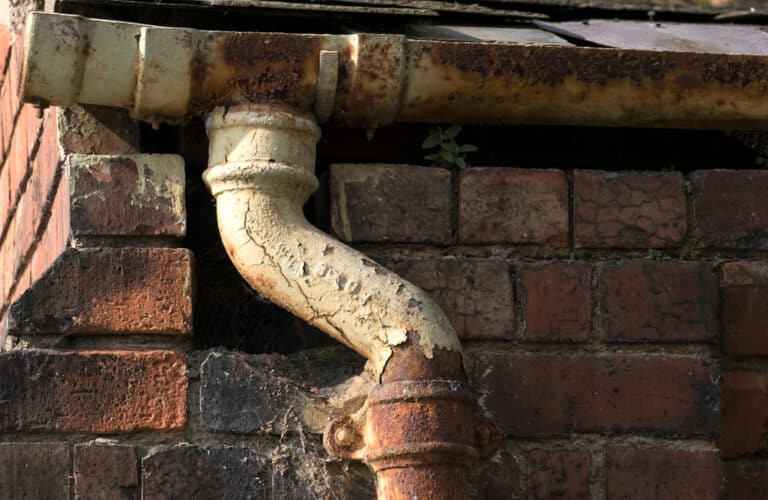 Cast iron pipes were popular during the 1970s and the early 1980s. These are durable, and their ability to resist damage is quite impeccable. But why is it that homeowners with cast iron pipes today aren’t tired of repairing these pipes here and there? Firstly, these houses are OLD old! No plumbing pipes last forever…. 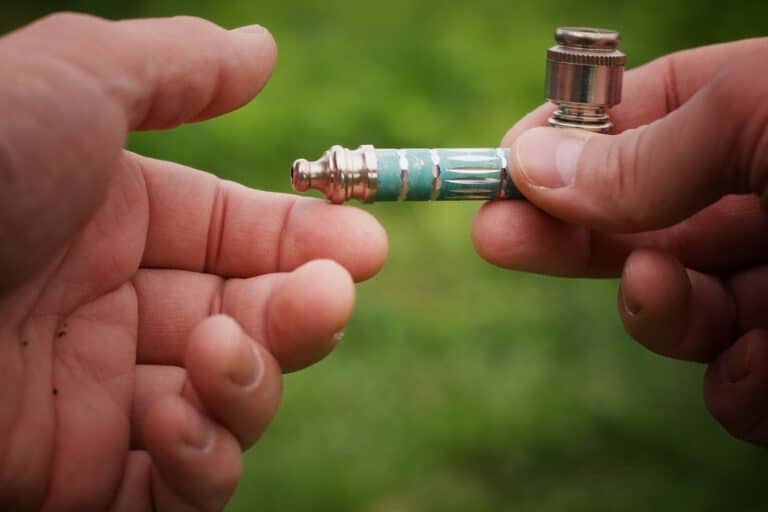 In this post, we’ll discuss how to clean metal pipes! Be it a dirty smoking pipe or grimy plumbing pipes, we’ve got you covered! We’ll share some homemade DIY cleaning options with you as well as give you some commercial solutions. Trust us; you can easily bring the newness and sparkles back to the metal…