Skip to content
Pip's Island » Pipe Dope vs. Teflon Tape: Which Is Better? 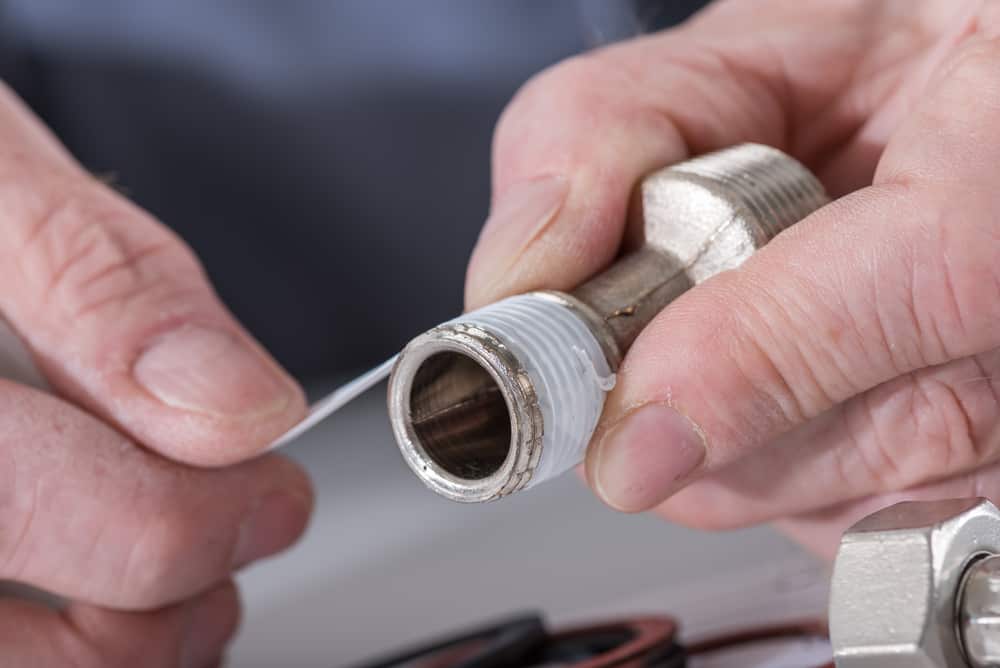 In the world of plumbing, there are various tools that your average plumber will have in their toolbox. From tube cutters to water pump pliers and everything in between, you can expect to see a whole host of weird and wonderful things should you ever go rummaging through one.

When it comes to sealing pipe threads there are typically two tools that are plumber will use. The first is pipe joint compound, more commonly known as pipe dope, and the other is Teflon tape. While both tools do a job of creating a secure seal, each one has its own unique advantages. Today, we’re going to be comparing the two items and announcing a definitive winner.

Why Do Plumbers Need Pipe Dope And/Or Teflon Tape?

When a plumber is working with multiple interconnecting water pipes, they need a way to seal the connection between each set of pipes. As a basic requirement, they need this sealant to be water-tight to prevent leaks and pressure-tight to prevent any bursting. Some plumbers use solvent-based pipe dope to seal these pipes together, others use Teflon tape and some even use a combination of the two.

Pipe dope is a lubricant that typically comes in either a tube or bucket. This type of sealant is applied to the pipe threads via a brush which also typically comes as a package with the dope as standard. Generally speaking, though, you can use any kind of thin brush to apply the lubricant.

Teflon tape, on the other hand, is a type of non-sticky stretchy tape that plumbers use to tightly wrap around pipe threads. Typically, they will be wrapped around male threads before they are then screwed into female threads. You may be wondering how this tape works effectively without a sticky side but the tight wrapping clings to the threads so well that sticky tape isn’t deemed necessary.

For those who use both items to seal pipes, the tape is typically applied first before pipe dope is applied over the top. Some consider this unnecessary but you’re essentially giving yourself, and the pipes, an insurance policy when one layer of the sealant starts to lose grip. 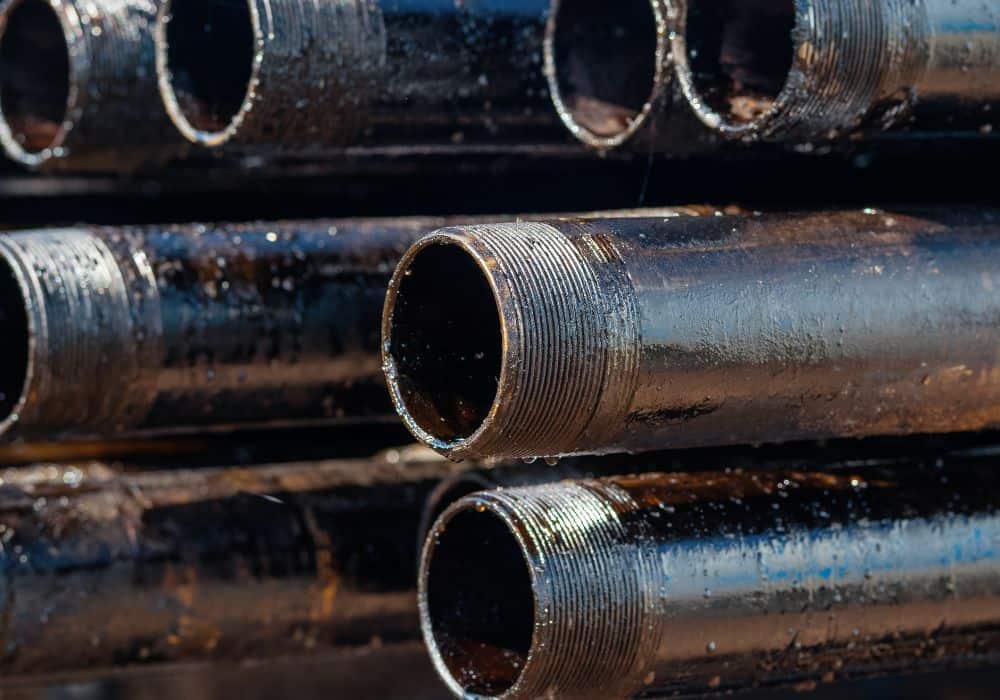 The advantages of pipe dope

Generally speaking, pipe dope is a more effective sealant than Teflon tape because of its ability to work across a number of different pipe types with high levels of success. That doesn’t mean to say that Teflon tape doesn’t have its merits (more on that shortly) but the versatility and price of pipe dope make it a hard sealant to match up to.

Although we’ve only touched on water pipes so far, pipe dope is also a useful sealing tool for gas pipes. If your oven or hob has issues then the problem may be related to the gas pipes. If they need a new sealant then pipe dope is going to be your friend. It’s just as effective at sealing gas pipes as it is with water pipes making it a highly versatile tool to have at your disposal.

When it comes to brass pipes, pipe dope is also king. These types of pipes typically have a rubber gasket which makes Teflon tape virtually redundant or impossible to use. In comparison, pipe dope works just as effectively on brass pipes as it does on gas pipes and metal pipes.

A final advantage of the PVC style pipe dope is the fact that it provides plumbers with more reassurance. Wrapping tape around pipe threads can sometimes feel like you’re doing half a job, however by brushing on a lubricant you are giving yourself peace of mind that you’re doing a good job for your customers. While this is mainly a psychological thing, it’s still relevant and important.

The advantages of Teflon tape

One of the biggest advantages of Teflon tape is to do with accessibility. You can buy this type of tape, sometimes called plumbers tape, in a wide range of stores whereas pipe dope is a more niche product. Most tradesmen will have some variant of Teflon tape in their toolkit as standard due to its low cost and versatility.

When it comes to using Teflon tape as a pipe thread sealant on DIY projects, it also has the advantage of being easy to use. All you have to do is wrap the tape tightly around the threads of the pipes before fastening them to each other. No mess is involved and the job is done nicely and quickly. 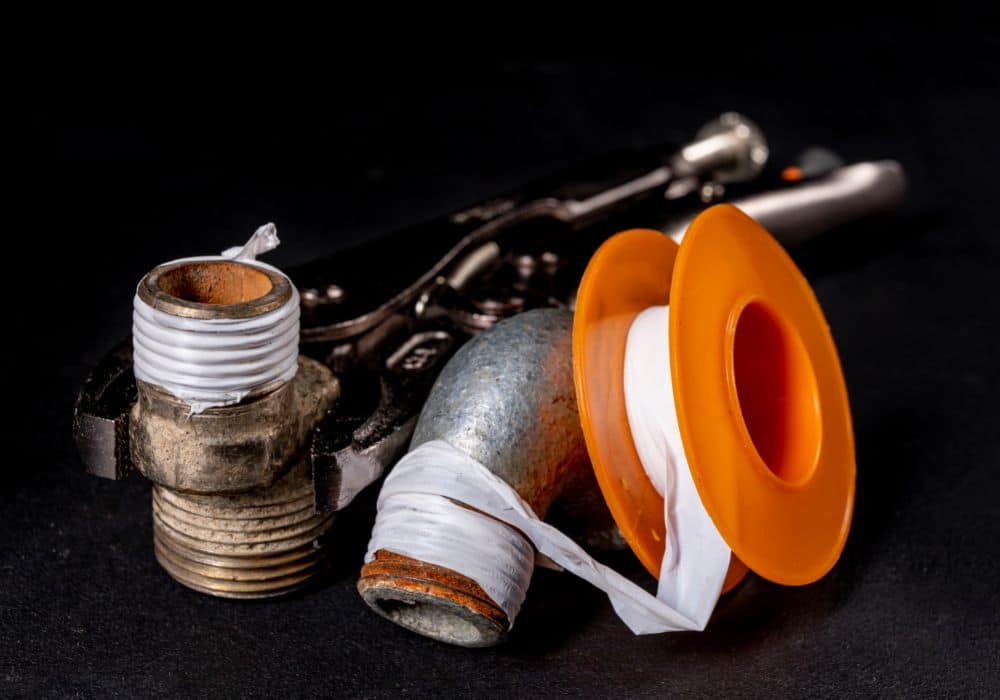 The disadvantages of pipe dope

Although we have spoken glowingly about pipe dope so far, there are a few things that make some plumbers think twice about using it. One of them is in relation to the problem we’ve just discussed surrounding its unsuitability for plastic pipe sealing. The idea of not knowing how much pipe dope to apply to a thread is a common problem that arises across all pipe types but is most crucial with plastic ones.

Another disadvantage of pipe dope is the fact that it isn’t as easy to get hold of compared to Teflon tape. You are likely going to have to order it online from a specialist store which can incur extra costs and time. Teflon tape, on the other hand, is easier and cheaper to find.

Finally, pipe dope is far messier than using thread sealant tape. As mentioned earlier, it is a sticky lubricant that comes in a tube or bucket and it can get absolutely everywhere. If you aren’t the slickest of plumbers then you are going to prefer Teflon tape all day long.

The disadvantages of Teflon tape

The main disadvantage of Teflon tape, when compared to pipe dope, is the simple fact that it just doesn’t work as effectively as a pipe thread sealant. To be fair, Teflon tape isn’t specifically designed for this job either so it’s to be expected that it doesn’t do the job quite as well. It’s worth noting, though, because you are running a higher risk of the pipe threads opening up if you elect to use tape instead of pipe dope.

Another disadvantage of using this type of tape as a sealant is the fact that it isn’t possible to use it on certain types of pipe. For example, you can’t use Teflon tape on brass pipes which makes it worthless to you for these types of jobs.

Another disadvantage is the fact there are multiple different types of Teflon tape out there, with each color meaning something different. This means you will have to thoroughly investigate each type before purchasing to make sure the one you have works effectively as a pipe thread sealant.

Finally, a roll of tape will run out quicker than a bucket of pipe dope. This means that you will have to ensure you have multiple rolls with you at all times.

The Best Types Of Pipe Dope And Teflon Tape 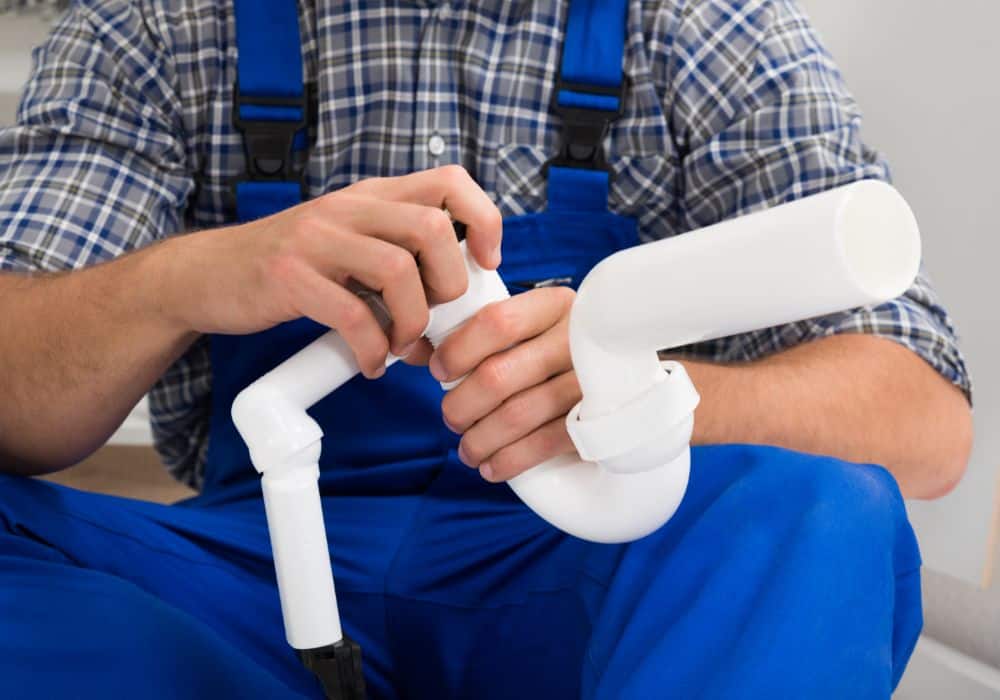 Now that you have weighed up the pros and cons of each method, you might be ready to purchase one or both. While it’s easier to get hold of Teflon tape, there are different types so you need to make sure you’re picking the right one. Pipe dope is potentially harder to get hold of but is typically a one size fits all job.

There are a few different pipe dope products on the market today. The one that we would recommend is the Gasoila soft-set pipe thread sealant with PFTE paste. It is priced well, can be used on a range of different pipes, and will get the job done effectively.

As touched on earlier, there are several types of Teflon tape on the market. The best one for sealing pipe threads is the Dixon Valve TTB75 PTFE Industrial Sealant Tape. This PTFE tape is 520 inches long and will provide you with a cleaner alternative to pipe dope.

We hope that the information we’ve provided today has given you everything you need to make an informed decision for yourself when it comes to picking a pipe thread sealant. However, we did promise our own verdict so here it is – Although it has the potential to cause a mess and may take longer to fit, go with pipe dope as it is more effective as a pipe sealant sealing than tape and that is ultimately the most important factor to consider.