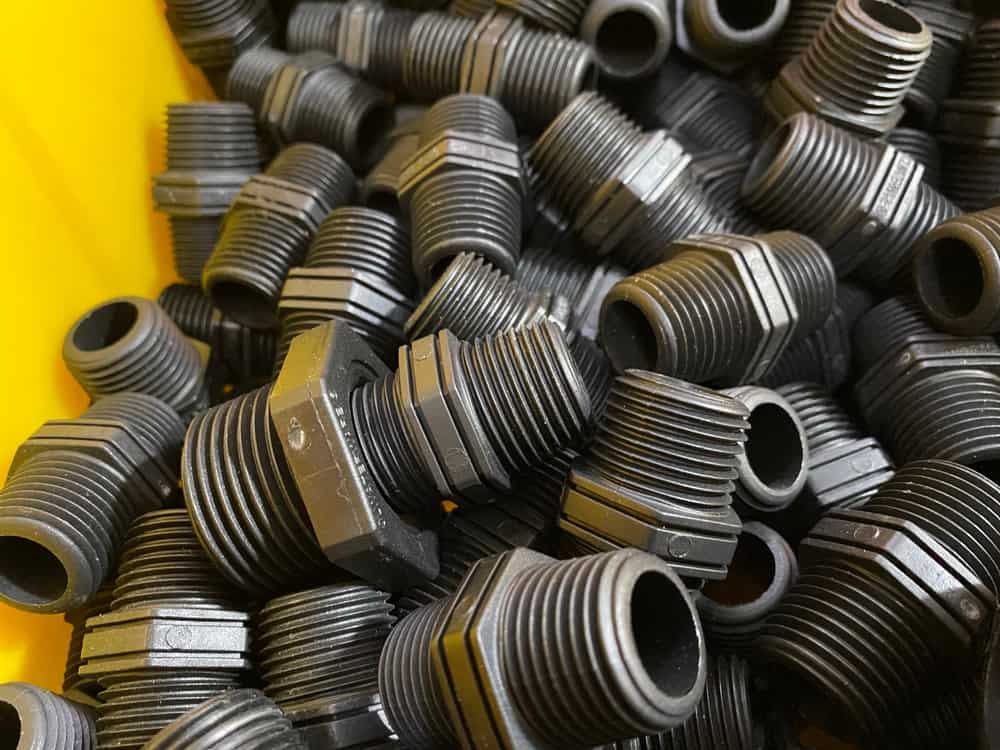 A pipe nipple is a short piece of pipe with male pipe threads. These allow the ends of the pipes to ‘connect’ with other attached fittings.

The lengths of the nipple can range from 1/8 inch to 12 inches. Should you wish to get something longer, then you’ll already need a ready-cut pipe.

Pipe nipples are made from various materials, such as copper, brass, carbon steel, stainless steel, and aluminum, to name a few. These make for different types of pipe nipples that can be used for various compatible liquids (as well as low-pressure discharge scenarios.)

These are described as having a bare pipe in between threaded both ends (TBE.)

These treads serve more than just a pipe connection, however. It also offers improved strength, stable performance, a faster connection speed, and low labor intensity, among many other things.

The specified length of the pipe nipple can be determined by its overall length (aka the total measurement of the bare pipe and its TBEs.) You will need to take note of this in order to get the best nipple for your plumbing project.

Similar to a barrel nipple, this model has threads on both ends of the piping system. The only difference is it does not have a welded seam that goes through its middle.

Thanks to these hose nipple features, a seamless pipe nipple offers a stronger connection for pneumatic fittings. Its greater mechanical advantage also makes it ideal for high-pressure plumbing applications.

Seamless pipe nipples are available in brass, iron, or stainless steel. They may also be coated with a layer of varnish to prevent oxidation and corrosion.

Also known as the running nipple, this is characterized by the absence of bare pipe in between the threaded ends. As a result, little (if none) of the nipple is left exposed when each female fitting is screwed tightly per end.

When ordering pipe nipples of this kind, make sure to mention the pipe diameter by close (e.g., 1/2 inch by the close.)

Although inherently useful, this shortest piece of pipe can be hard to install. For one, you will need to clamp onto the threaded area when removing it. Unfortunately, this pressure can end up damaging the male threads – thus causing air/water leaks in the long run.

Should you need running nipples (as is the case with tight spaces,) then make sure to use a specialty tool called the internal pipe wrench or nipple wrench when installing it. It expands inside the pipe, thus preventing damage to the thread. 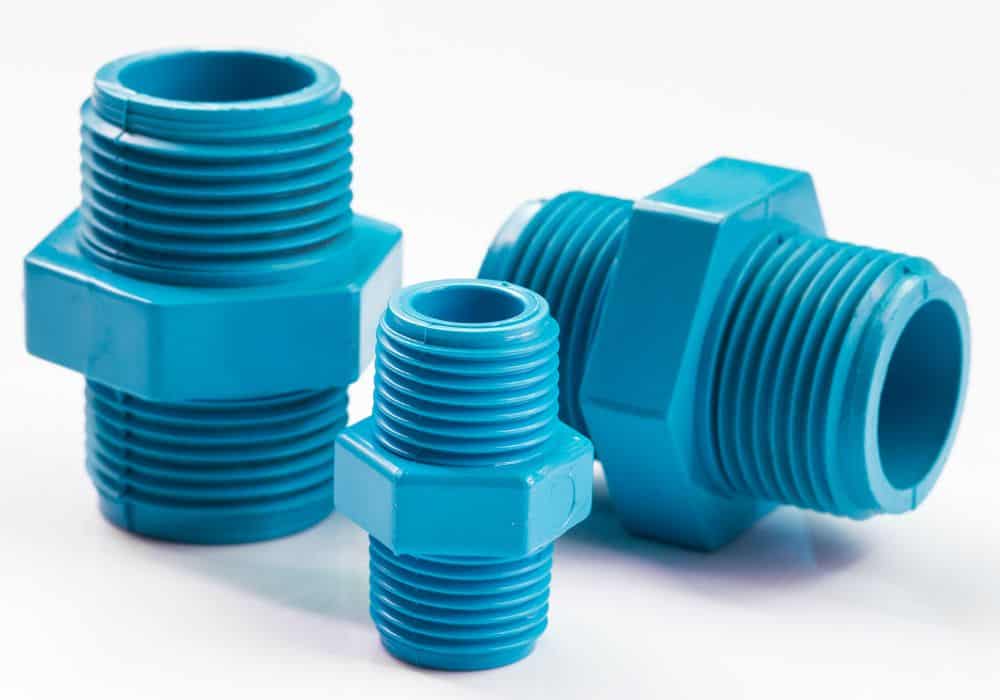 This kind of nipple has a little space in the unthreaded area. However, this area is so narrow that it won’t be able to accommodate a pipe wrench. So when you screw the two female fittings at each end, only a small surface area will be exposed.

This nipple, with its short lengths of pipe, is often given an extra layer of varnish to keep it free from corrosion.

While it is compatible with malleable iron pipes, it should not be used to transport drinking water. Instead, it’s better off in air or gas applications.

This nipple has a right-hand thread on one end and a left-hand thread on the other. Because of such pipe specifications, this is primarily used in gas pipes – or in applications where unions are not permitted.

Additionally, the right-hand end of the nipple may also be used to connect to a female fitting in case there is no space left for a union.

Also known as the hex nipple, it comes with a characteristic middle hexagonal section that is similar to a nut. The main benefit of this part is that it allows a normal wrench to hold it securely in place.

Should the threads of the nipples be farther apart from each other, the product is considered a long hexagonal nipple.

Hex nipples work well to connect two steel pipes with female ends. As such, it is best used in plumbing, automotive, and industrial applications.

True to its name, this nipple’s threaded connection varies.

One end requires a larger connection, while the other can only be attached to a smaller one. As a result, the higher pressure surges lead to a greater flow rate of fluids in the smaller pipe.

The reducer nipple may or may not have a hexagonal middle. 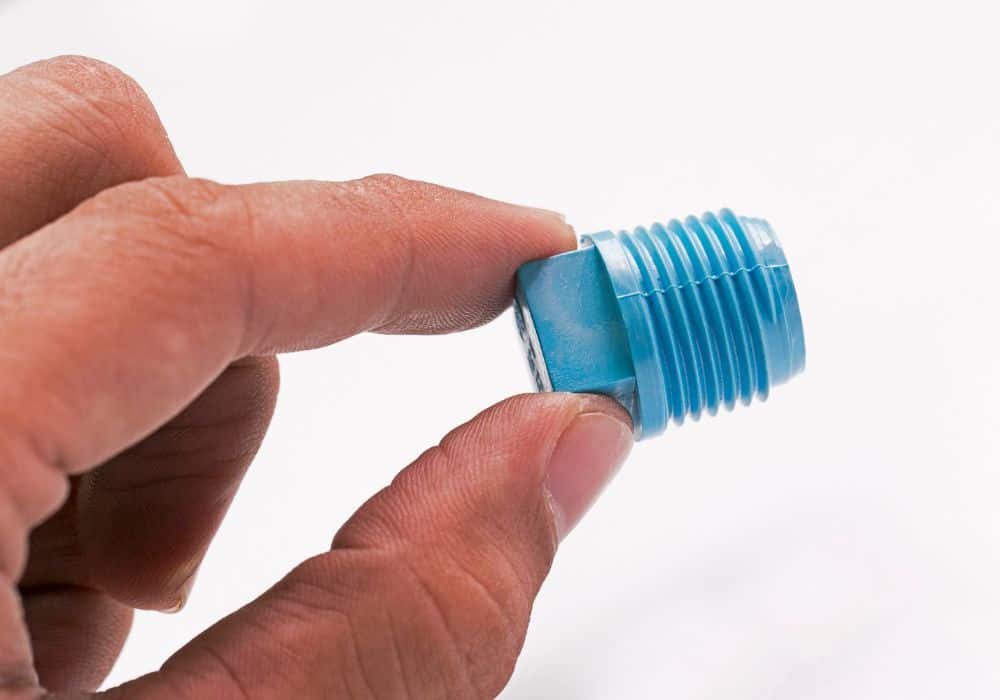 The basic purpose of a swage nipple is to connect a combination of pipe nipples. Because it changes in diameter, it can transport fluids from one female fitting to another one.

Swage nipple ends, on the other hand, may be plain, threaded, or beveled.

The TOE pipe nipple speaks for itself. Its abbreviation means ‘threaded one end,’ while the unthreaded end of the pipe is either plain or beveled.

This nipple, which comes in aluminum, stainless steel, or carbon steel kinds, is manufactured through the application of standard compression coupling.

TOE pipe nipples, which are also known as half-pipe nipples, are commonly used in oil tank legs. They may be connected through the thread on one end or through buttweld fitting.

This nipple features a male fitting on one side and a hose barb on the other. The latter may be reduced, or it may be similar in size to the threaded part.

Unlike some of the nipples in this list, this type may be used to transport drinking water. However, it can only withstand a pressure rating of 100 psi.

Compared to the other examples in this short list, the weld pipe nipple has no threads on its end connections. As such, the plain ends may only be fitted through welding (instead of threading.)

Because of its smooth surface, this unthreaded pipe is known for its extra-duty strength. After all, they don’t have threads that reduce wall weakness and weaken the integrity of the pipe.

Having plain both ends, weld nipples also offer good sealing, reliability, and resistance. As such, it is more suitable in applications where vibration and changes in temperature/pressure are expected. 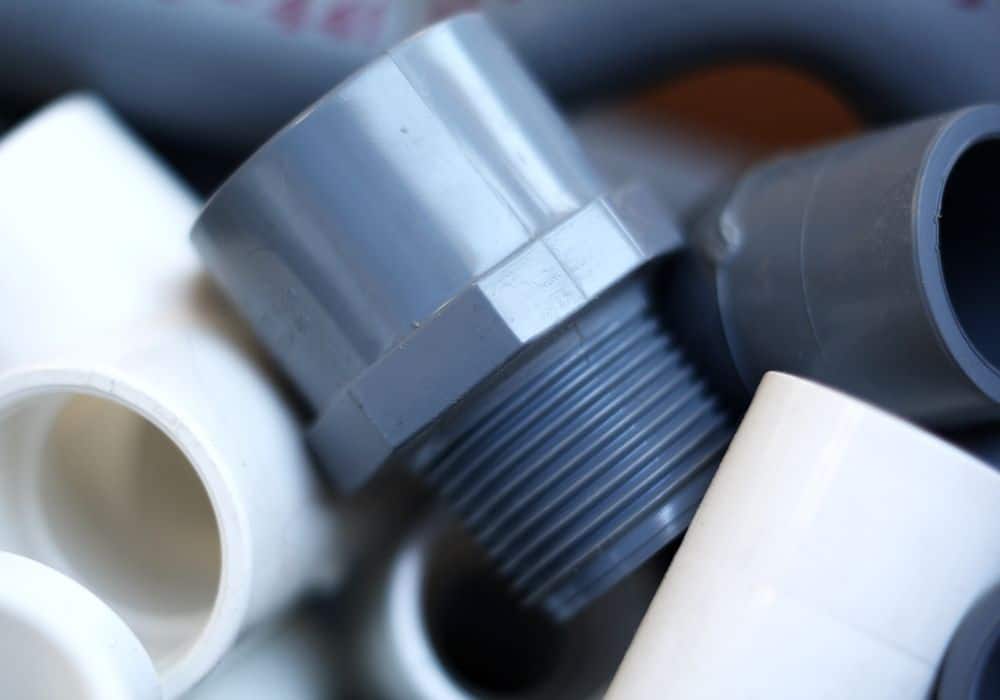 Used in a wide variety of industrial applications such as mining and process piping, this nipple is available in 3 configurations. They are:

This type is also available in various pipe nipple dimensions ranging from 1.5 to 12 inches. They are interchangeable too, and as such would fit other desired end connections (i.e., Victaulic and Shurjoint.)

Fun fact: Grooved couplings were first introduced by the Victaulic Company in 1925.

Otherwise known as a combination nipple, this type allows the versatile transition from hose pipes to threads. It is often made with plated steel, thus making it resistant to rust or weathering.

A king pipe nipple often comes with a male pipe thread, though some brands offer the following:

King pipe nipples may be installed directly. They can be slid to the hose stem in order to avoid the need for a female swivel.

Despite its ease of use, the applications of pipe nipples are somehow limited. As a result, it may only be used for a low flow of fluids or suction. It is not recommended for the transport of compressible products such as air or steam.

Tip: Combination nipples look a lot like male adapters, though the latter is meant for polyethylene pipes.

What Should You Consider When Buying Pipe Nipples?

Knowing the different types of pipe nipples helps buyers like you choose the perfect one for your project. But apart from this factor, you must consider the following properties as well:

2. Construction of the pipe

6. Common use or application

There are 13 types of pipe nipples. They are:

When choosing a pipe nipple, you need to consider its specifications, technical considerations, end connections, finishing, and applications.