Skip to content
Pip's Island » What Does An Exhaust Pipe Do? (Ultimate Guide) 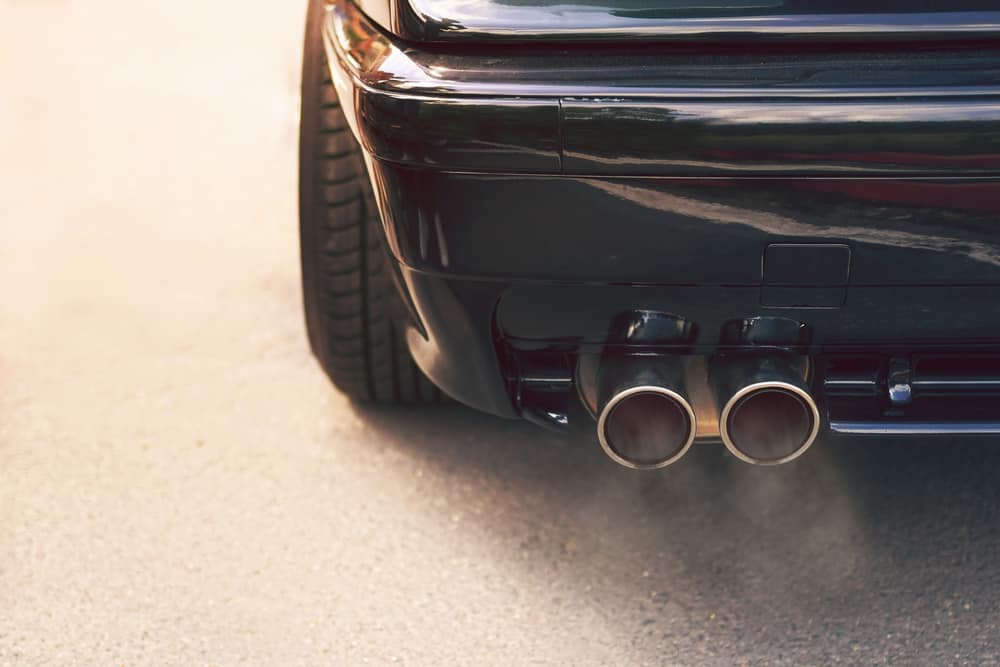 Are you interested in knowing what an exhaust pipe does? As one of the key elements of a vehicle’s exhaust system, having an in-depth grasp of the nuts and bolts of an exhaust pipe is imperative. More so, your knowledge is pivotal, especially if own a vehicle or if you are a mechanic.

And to make your learning journey much easier and more efficient, we’ve collated all the important information about exhaust pipes and exhaust systems in general. We will also cover its core components as well as its main functions.

What is an exhaust pipe? 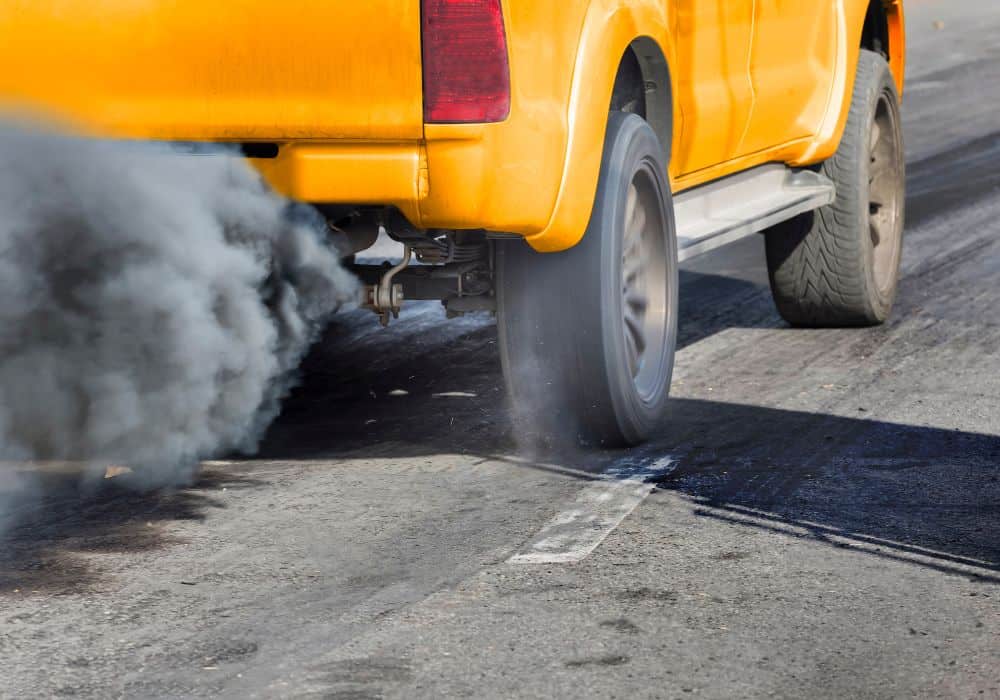 To better comprehend what an exhaust pipe is, let’s delve deeper into its primary components. Most vehicles contain a single exhaust system, although this could alter if the automobiles have eight cylinders, hence the need for a dual exhaust system.

Despite the variations, there are six parts of the exhaust system. These are the exhaust manifold, catalytic converter, oxygen sensor, muffler, resonator, and tailpipe. We will discuss each component thoroughly for better understanding.

From the name itself, the catalytic converter is tasked to alter harmful emissions from the engine into either carbon dioxide or water vapor, or both. This is a crucial step to ensure that gases that go through the exhaust pipe are less toxic. Plus, the conversion process has a significant impact on the environment.

Although auto emissions are generally detrimental, the catalytic converter helps in reducing the excretion of dangerous exhaust fumes. As a result, it minimizes air pollution as the gases that come out from the exhaust pipe are already less destructive. 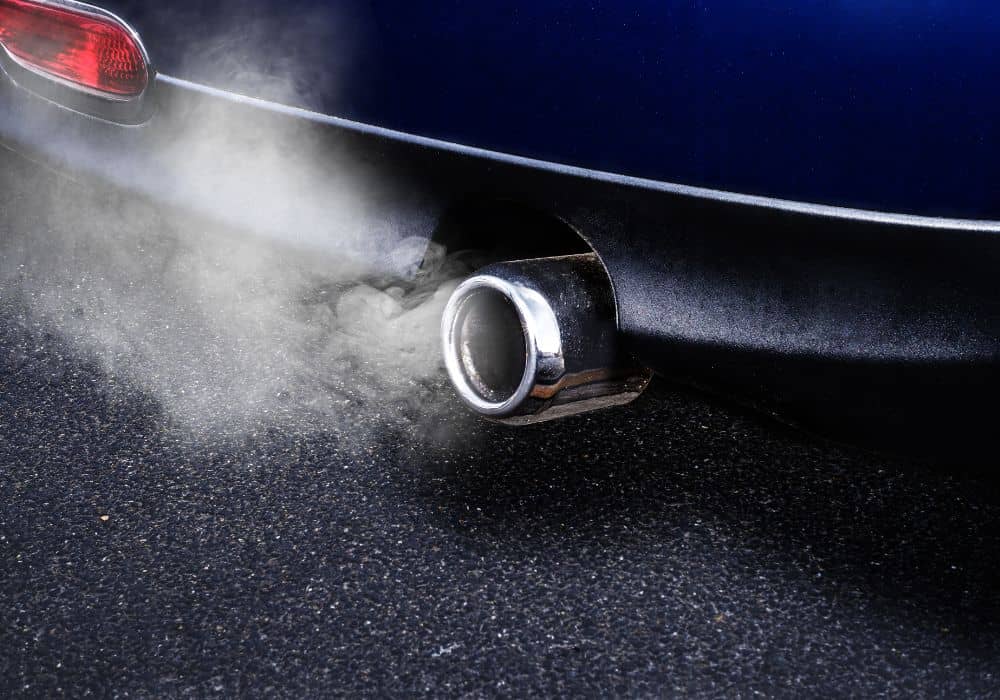 Moving forward, there’s the oxygen sensor, a component that is attached to the vehicle’s exhaust manifold. This equipment takes into account the level of unburned oxygen in the exhaust pipe. As an oxygen concentration sensor, this also gives you an idea of how to measure the fuel.

The details provided by the sensors are further utilized to efficiently balance the mixture of fuel as well as minimize exhaust emissions. Accordingly, this helps the engine to work as smoothly as possible without running into some dilemmas.

On the other hand, a muffler is assigned to limit the noise caused by the exhaust coming out from the pipe while ensuring air quality. It acts as a soundproofing element that comes with unique chambers that have holes to generate a wave that reduces sound frequencies.

The reduction of noise occurs when both exhaust gases and sound waves pass through the center tube, ricocheting off the rear wall and traveling through the second chamber with holes. At this stage, there would be lesser sounds and the exhaust is excreted out to the muffler and into the tailpipe.

A resonator often functions interchangeably with a muffler as it is also in charge of the reduction of noises from the engine. However, it’s important that you can differentiate the two. A resonator is actually an extension of the muffler and can be attached either at the front or at the back of the muffler.

Its major responsibility is to organize the vibration sounds to ensure the effectiveness of the exhaust flow. And by properly tuning the vibrations, there would be lesser noise pollution and better engine performance.

Now, the last component of the exhaust system is the tailpipe. If we compare this with a house setup, it is the chimney, expelling the gases away from the vehicle. 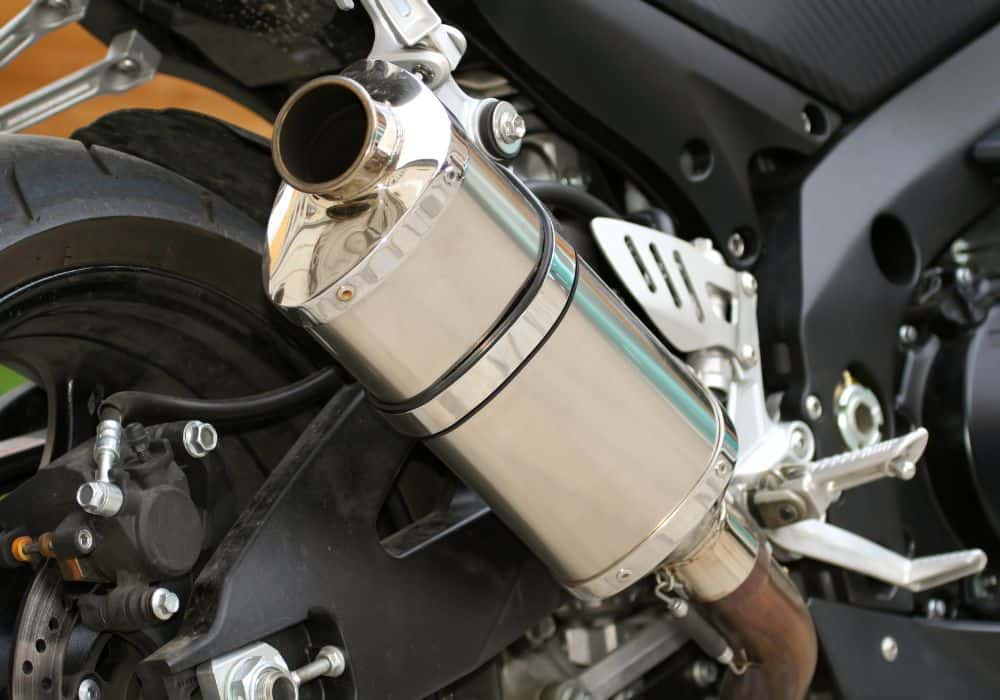 What are the main functions of the exhaust pipe?

After comprehending the ins and outs of the exhaust pipe, it’s time to expound on the functions covered by the entire exhaust system. Here, you will get a more systemized list of the importance of having a fully-functional exhaust pipe.

Through the catalytic converter, the harmful gases are modified into something that is less dangerous to the environment. This is one of the major functions of the exhaust pipe, which should be given emphasis as toxic fumes could affect not just the environment but also your health.

A common risk of a damaged exhaust pipe is carbon monoxide poisoning. This is often characterized by dizziness, vomiting, upset stomach, and chest pain. And worst comes to worst, it could lead to death Unfortunately, it’s quite difficult to detect carbon dioxide leak because it is odorless.

Therefore, if you come across a broken exhaust system, have it repaired or replaced as soon as possible. Prevention is crucial to avoid the possible release of this highly fatal gas that endangers both your health and the environment.

2. Expels harmful emissions from the engine

In relation to the above-mentioned function, the exhaust pipes ensure that harmful gases are taken away from the vehicle. The collection of exhaust fumes is done by the exhaust manifold, which works as the funnel to capture all the gases from various cylinders of the vehicle.

With the help of the muffler, the exhaust system can do its tasks in a more controlled manner. This equipment minimizes the amount of noise during the phase where the gases are dispelled from the tailpipe. A fully operational muffler means that you won’t be hearing loud, roaring sounds.

On the other hand, if you come across loud noises accompanied by bad fumes and foul odor, then this contributes not just to noise pollution but also adds up to environmental risks. Thus, you need to check up on the exhaust pipe for cracks and other damages regularly.

Fuel consumption is a crucial aspect that you need to consider when owning a vehicle, whether a motorcycle or a car. And while exhaust pipes are always associated with eliminating toxic fumes, these actually help in improving fuel consumption through the oxygen sensor.

Most modern vehicles have an oxygen sensor for users to easily measure the oxygen level in the exhaust. Having an idea of the oxygen in the exhaust is vital so you can maximize fuel consumption and minimize gas emissions. And when the exhaust discharges gas faster, it takes in fresher oxygen faster as well.

If all factors are taken into account, it means that a vehicle can work more effectively. Meanwhile, if the exhaust gas takes a longer time to depart from the engine, then it affects not just the oxygen acquisition but also the vehicle’s performance.

Hence, you need to make sure that the exhaust system is doing its job so the engine generates power efficiently. And with more power, it is tantamount to better vehicle performance.

And of course, if the exhaust pipe and all other parts are maintained properly, you’ll be able to maximize the life of your vehicle. Or perhaps, it could also mean a possible extension of its life expectancy. On the other hand, if there are issues with the exhaust pipe, it certainly has a negative impact on the vehicle.

What are some indications of a troubled exhaust pipe?

Over time, exhaust pipes can get worn out and may experience corrosion. And if this gets damaged, then there would be significant changes in your vehicle. For one, if you experience fluctuations in terms of acceleration and fuel consumption, then you need to keep an eye on the exhaust pipe.

Another visible sign would be loud noises from the exhaust. If this happens, it could mean leaks in the muffler, which is the component assigned to reduce the exhaust noises.

Disregarding these signs can potentially lead to costly repairs and replacements. Therefore, if you see these signs, act immediately to avoid risky consequences. Contacting a professional is highly suggested so they can inspect the underlying problem and troubleshoot the problem properly.

Moreover, a trained mechanic can give relevant advice that you can capitalize on to maximize your vehicle’s lifespan. So, don’t hesitate to get help from the experts when it comes to issues like these.

With a thorough understanding of how the exhaust system works, you can efficiently maintain this core component of a vehicle. Not only that but having a solid knowledge of technicalities is very helpful if you experience problems in the future.