Skip to content
Pip's Island » What Is A Vent Pipe? (Types & Maintenance) 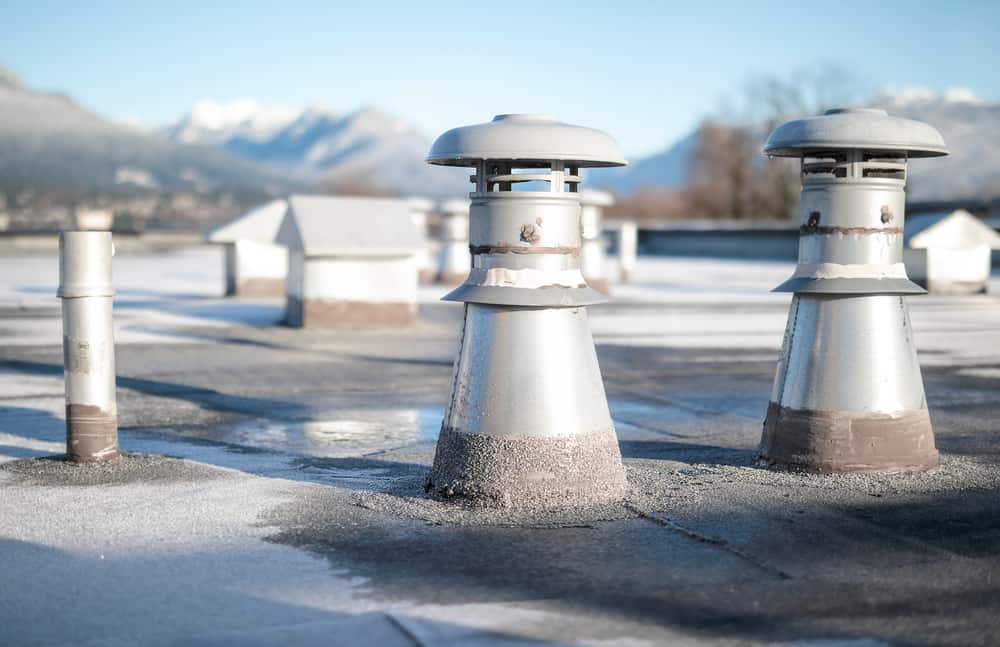 Vent pipes, also known as plumbing vent pipes, plumbing air vents, or vent stacks, are the type of plumbing fixture that often confuses new homeowners. These fixtures are, in fact, something any home’s plumbing system has alongside drain pipes, supply lines, waste water pipes, and so on.

So, what is a vent pipe, what does it do, how does it work, and what do you need to know and do about it? Let’s explore all that below.

What is a vent pipe?

Vent pipes are an essential part of any plumbing and drainage system even though they don’t transport any water or liquid. Instead, while supply lines bring water into your home and drainage pipes get the wastewater out, the venting system is what regulates the air pressure in your home’s plumbing system.

So, while we rarely think about them, if at all, a plumbing pipe or a vent stack is what prevents sewer gasses from building up, nasty odors from getting into our homes, vacuum from forming inside the drains and causing problems, and much more.

In essence, this simple vertical pipe is what makes everything in your home’s plumbing system tick. There is more than one type of vent pipe, however, depending on the exact specifics of your system. Here are the basics you need to know about each type.

True vents are the most basic and common type of plumbing vent pipe – they are simple vertical pipes that start from your drain line and run up to the roof where they vent all excess air from your plumbing system.

Since they are vertical, no water runs up through them and only air escapes from them. They can be easily blocked by bird nests, leaves, and other debris, however, which is the main thing to watch out for with them – more on that below.

Even though they are called “common vents”, these are not what we commonly refer to as vent pipes. Instead, this type of vent connects two separate fixtures that have been installed on the opposite sides of a wall such as a sink with a bathtub or toilet, and so on.

The two fixtures are usually connected to the vent stack with a sanitary cross and the purpose of this vent is to regulate the air running between the two fixtures and help guide it to the true vent and out of your home.

An auxiliary vent or a re-vent pipe is the type of vent stack that is placed behind fixtures and drain lines. Its purpose is to simply run up and connect to the true vent, similar to how common vents work.

As you can see, what we call “true vent” is really the main and basic type of vent we’re talking about here, with most other subtypes functioning to just support the true vent and help guide air to it. AAV valves are the exception as they function in an opposite manner – they let air into balance the system rather than both letting air in and out.

Blocked vents and other vent issues to watch out for

The main issue you should be wary of with vent pipes is getting a blocked vent. This often happens to the main roof vent but debris of all sorts can cause traps and blockages all along the drain line and the vents connected to it.

If a vent blockage happens anywhere in your plumbing system, you can expect to see any of the following 7 signs: 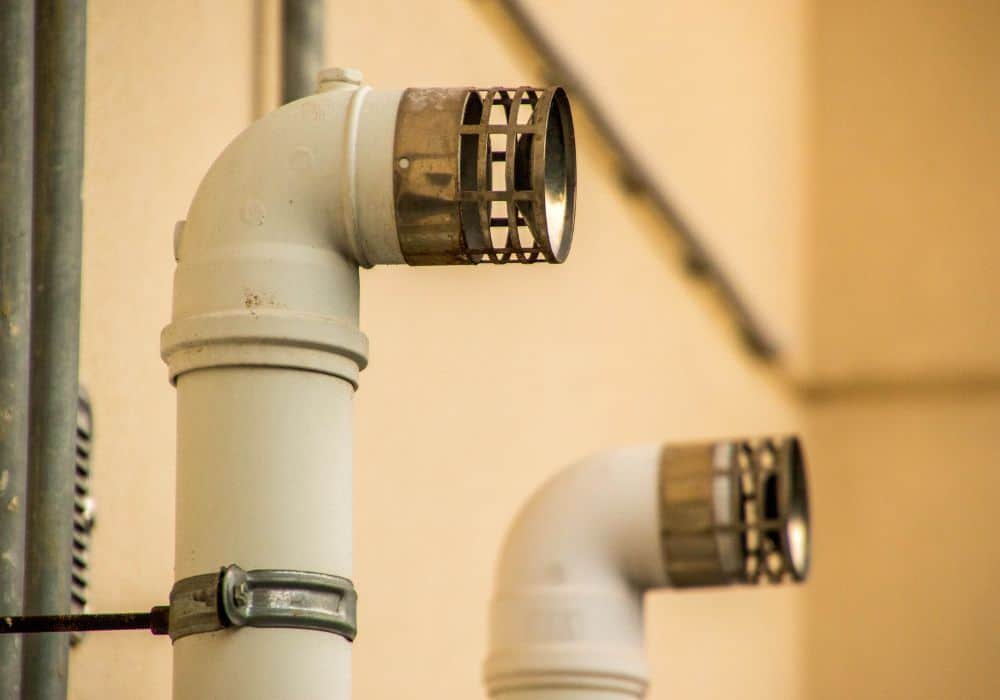 Some examples of such gases are ammonia and hydrogen sulfide with their disgusting smell of rotten eggs. Another example of such a dangerous sewer gas is methane – it’s both colorless and odorless so you can’t really catch it alone. It will often be accompanied by other odors, however, so that’s all the more reason to act immediately.

That’s why it’s ideal that you never let the situation get that bad and you’ll act on any of the other signs on this list. If you’ve missed them, however, and a bad odor has started to come out of your drains, it’s important to act immediately and call a professional plumber.

Aside from blockages in the vents, some other occasional issues you may encounter are things such as rust and breakage but those are both rarer and less impactful. When it comes to plumbing vent pipes, blockages and cloggings are really the main things to watch out for.

How to maintain, prevent, and deal with pipe vent blockages?

Unfortunately, depending on the way your system is set up, there may be very little you can do personally other than call a professional plumber. Most blockages in the pipe vent system happen near the top of the true vent, i.e. on the roof of your home. If that area is easily and safely accessible, then you should be able to go there and check for any debris, bird nests, leaf piles, and other possible issues.

In the simplest cases, clearing a true vent clogging can be as easy as poking the vent with a long stick or cleaning it with a water hose. In other cases, however, you may need some more professional equipment.

If your roof isn’t accessible, however, or if it is but it isn’t safe, calling a professional plumber is strongly recommended. Such services can be pricey depending on where you live but they can greatly ease the whole process, save you a lot of time and effort, as well as remove any risk of falling off your roof.

As for maintenance and blockage prevention – this really is more a matter of putting the proper caps on your pipe vent so that it doesn’t collect any leaves, debris, and bird nests. If something like that is in place, there should be close to a 0% risk of issues. From there, it’s just a matter of watching out for any of the 7 problem signs above.

In conclusion – what is a vent pipe?

Vent pipes are very much a must in every adequate plumbing installation as they are what allows all other individual vents to operate properly and deliver an adequate water flow into your home as well as remove wastewater with no issue. Vent pipes do that by regulating the air inside the plumbing system and preventing vacuums and other air-related issues from forming.

These plumbing air vents or vent stacks aren’t guaranteed to remain issue-free themselves, however, and they require good maintenance too. So, if you want to avoid a vent blockage, negative pressure, or other problems that necessitate a costly visit from a professional plumber, it’s smart to take good care of your vent pipes.