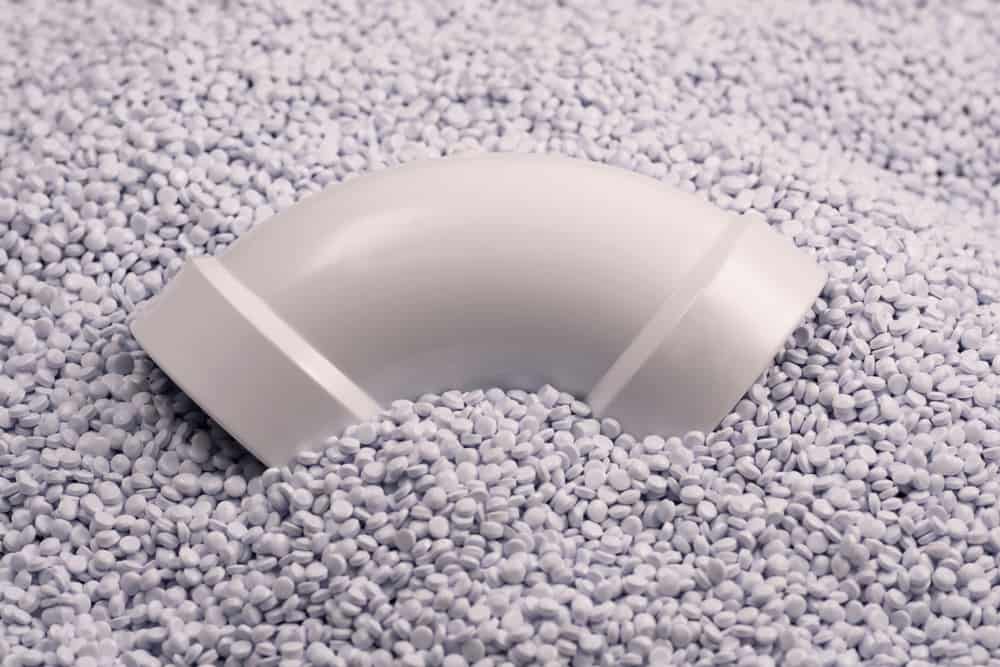 If you’re a homeowner, you’ve probably heard of DWV pipe. But what is it, exactly? DWV pipe is a type of piping that is used for drain, waste, and vent applications. It’s an important part of your home’s plumbing system, and it is crucial to understand what it is and how it works

In this article, we’ll explain in-depth what is DWV pipe, including the pros and cons of different types of DWV pipes.

The DWV system stands for Drain-Waste-Vent system. It’s responsible for transporting wastewater from plumbing fixtures like toilets, bathtubs, showers, dishwashers, and washing machines in your home to the municipal sewer system.

The system consists of a series of DWV pipes, cleanouts, p-traps, fittings, and vents that allow the wastewater to flow freely while preventing sewer gases from entering your home. 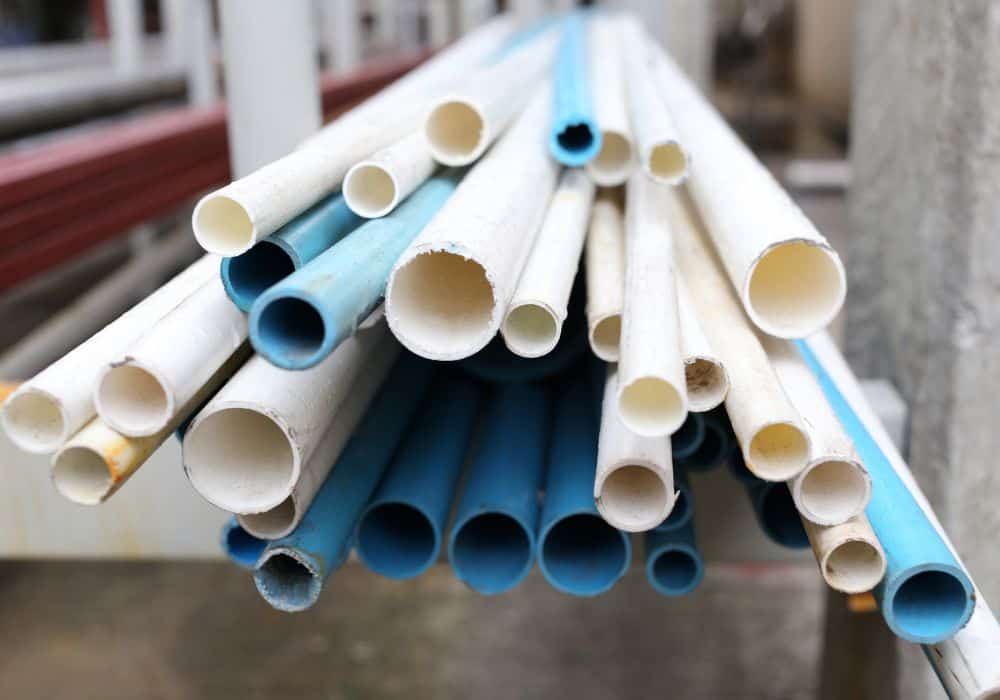 PVC and ABS pipes are both made of plastic, and they are both used to transport wastewater. However, there are some key differences between these two types of pipe.

First of all, PVC pipes are typically white or gray in color, while ABS pipes are black. This will help you to easily recognize what type of DWV pipe is it. However, the color doesn’t have much, if any, practical purpose.

More importantly, PVC pipes are available in a wide range of lengths, diameters, and thicknesses, making them versatile for a variety of applications. ABS pipes are also pretty varied in available size options, but not in as many as PVC pipes.

One of the main differences between PVC pipes and ABS pipes in DWV systems is the installation process. PVC pipes require a 2-step procedure. First, they need to be primed, and only then they can be cemented together.

On the other hand, ABS pipes don’t require a primer and can be joined with special cement right away. 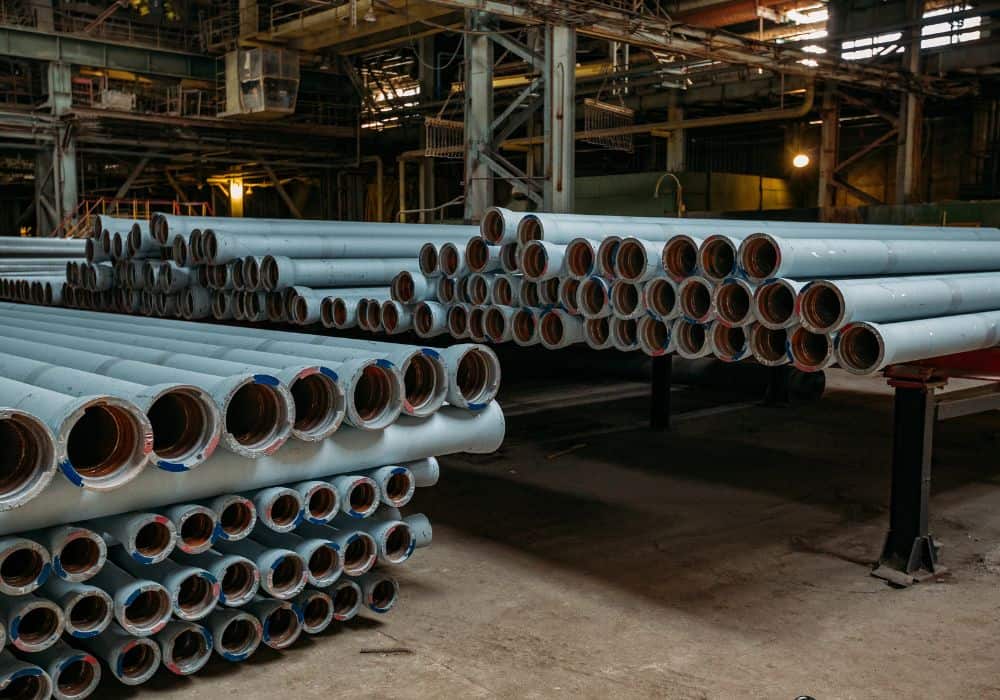 Besides PVC and ABS pipes, there are several other, less-popular options of pipes for DWV systems. For example, copper pipes are one of the most expensive types of DWV pipe. They are also quite rare because they require more maintenance than other types of DWV pipe.

Nevertheless, they have high durability and are long-lasting. Copper pipes are also much more resistant to corrosion compared to other metal-type pipes, like cast iron. However, they are not nearly as flexible as PVC or ABS pipes. They are also more difficult to install due to their rigidness and weight.

Cast iron pipes are also quite expensive, but not as expensive as their copper counterparts. They are very durable but just like copper pipes, require more maintenance than PVC or ABS pipes. They are also susceptible to corrosion.

Cast iron pipes are also the heaviest and the least flexible type of pipe, making them the most difficult to install.

If you’re looking for an alternative to PVC or ABS pipes, but don’t want to spend as much money on copper or cast iron pipes, consider CPVC pipes

CPVC pipes are made of chlorinated polyvinyl chloride and were introduced in the 1960s. They are less expensive than copper or cast iron pipes, but more expensive than PVC or ABS pipes.

This type of pipe is more flexible than both, ABS pipes and PVC pipes. They are also more resistant to chemicals than PVC or ABS pipes.

The final option is a PEX pipe, which is made of cross-linked polyethylene. This type of pipe was first introduced in the mid-1980s. It has a smooth interior, allowing a perfect water flow.

PEX pipes are also the most flexible type of pipe and can expand and contract without breaking. As a result, they are also the most freeze-resistant pipe, because even if frozen, they’ll simply expand instead of rupturing, like other types of pipe

PEX pipes are also resistant to chemicals, like chlorine. Additionally, they’re much easier to install than rigid pipes, because PEX pipes can be easily bent around corners.

They’re also less expensive than metal pipes but more expensive than PVC and ABS pipes. That said, the labor for installing PEX pipes is usually more costly compared to other plastic-based options.

The main downside of PEX pipes for DWV systems is that no one knows how durable they are. The technology is just a few decades old, and we can only guess how long these pipes remain in pristine condition.

It’s unlikely, but possible, that PEX pipes simply fall apart after 50 or 100 years of use, potentially resulting in costly losses. 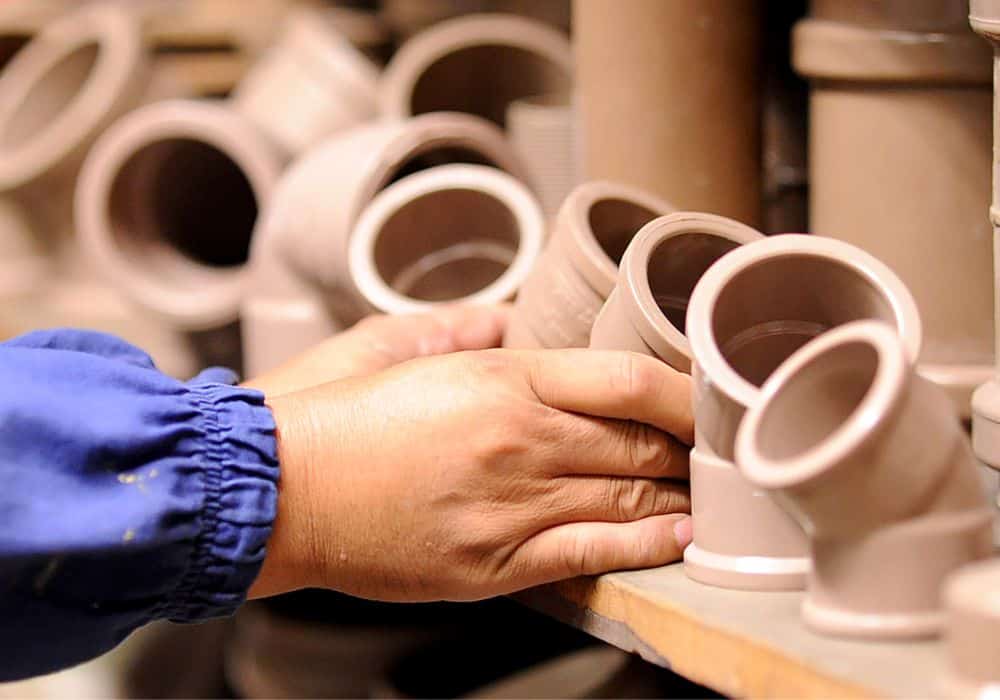 How is the DWV Pipe Installed?

DWV pipe is typically installed by a professional plumber. The plumber will first determine the location of the fixtures and the sewer system, and will then install the pipes accordingly.

Once the main line is installed, the plumber will install the vent pipes. Vents are installed at high points in the system and allow air to enter the system, preventing sewage gases from entering your home.

Both DWV PVC pipes and schedule 40 pipes are made from the same material called unplasticized PVC, but they have a few key differences. The main one is that PVC pipes for DWV systems have thinner walls than schedule 40 PVC pipes.

As a result, they can’t be used for gas, heating, or cooling applications, that are characterized by high pressure. On the other hand, schedule 40 pipes can withstand such pressure, and are suitable for those applications.

That said because PVC pipes for DWV systems have thinner walls, they are cheaper to manufacture. In theory, you could also use schedule 40 pipes for your DWV system, but you’d end up spending more money than is required.

What Are the Signs That My Dwv Pipe Needs to Be Replaced?

If you notice any of the following signs, it might be time to replace your DWV pipe:

If you’re not sure whether or not you need to replace your pipe, it’s always best to consult a professional. They will be able to assess the condition of your pipe and give you the best course of action.

To summarize, a DWV pipe is a type of piping that is used for drain, waste, and vent applications. It is typically made of PVC or ABS plastic and is used to transport wastewater from your home to the municipal sewer system.

Copper, cast iron, CPVC, and PEX pipes are less common but are still used in some DWV systems. Each type of pipe has its own advantages and disadvantages.

The DWV system consists of a series of DWV pipes, cleanouts, p-traps, fittings, and vents that allow the wastewater to flow freely while preventing sewer gases from entering your home.

If you have any additional questions, feel free to let us know in the comments down below!