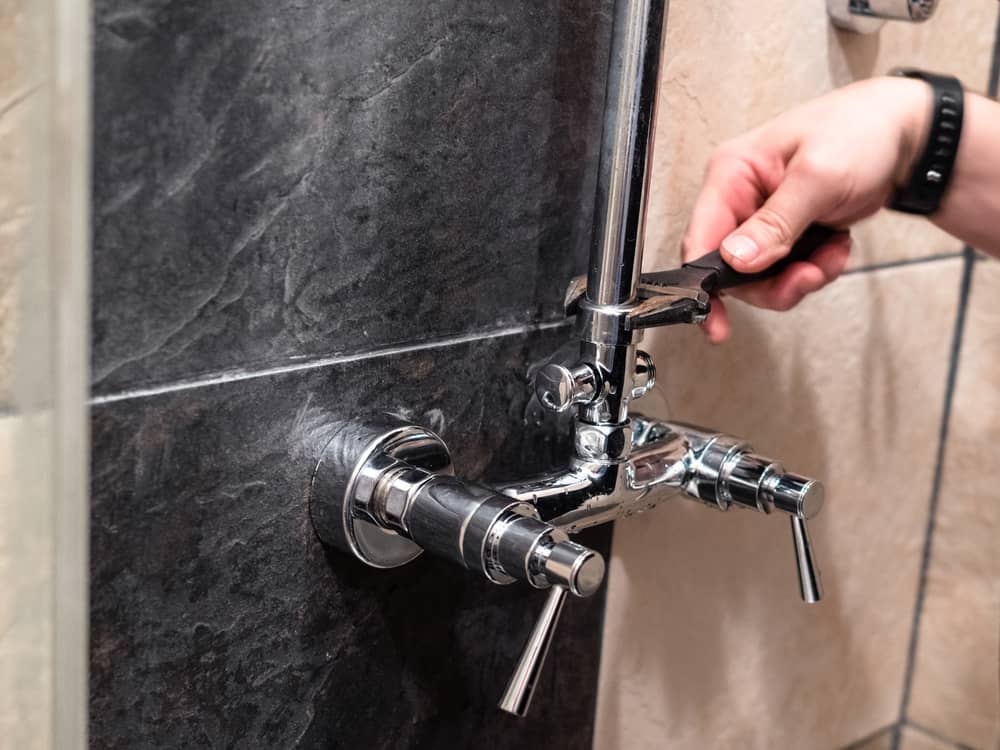 What Is A Shower Valve?

A shower valve has two primary functions. The first is to control how fast the water comes out of the showerhead and the second is to control the temperature of the water. There are various types of shower valves currently available to homeowners, including the following three:

Have you ever been having a shower and suddenly experienced a surge of scolding hot water or freezing cold water out of nowhere? This is usually because someone else in the house is using water for something else at the same time you’re enjoying a shower.

A thermostatic shower valve essentially removes this scenario from ever playing out. Instead, you can set your desired temperature and leave it in place forever, safe in the knowledge that it will never change mid-shower.

This type of shower valve is particularly useful if you have young children. While you may be able to anticipate the temperature changes that can sometimes happen, they are less likely to and could end up getting burned by a sudden rush of boiling hot water.

This is one of the most simplistic and old-fashioned shower valves due to the fact that it only comes with one handle which controls both the temperature and water speed.

This type of shower valve is the cheapest shower valve on the market so if you’re looking for a budget option then look no further. Unfortunately, it does come with its limitations – each time you get in the shower you will have to try and find the sweet spot between water speed and temperature and it also doesn’t prevent the sudden temperature changes we mentioned earlier.

This is one of the newest types of shower valves and one of the most expensive. With these types of valves, you can manually change the exact temperature and speed of the water via an electronic touchpad.

The best thing about these valves is the fact that you can set a specific temperature shaped to your needs rather than making adjustments by twisting a knob back and forth until you find the temperature you like.

What Is The Standard Shower Valve Height? 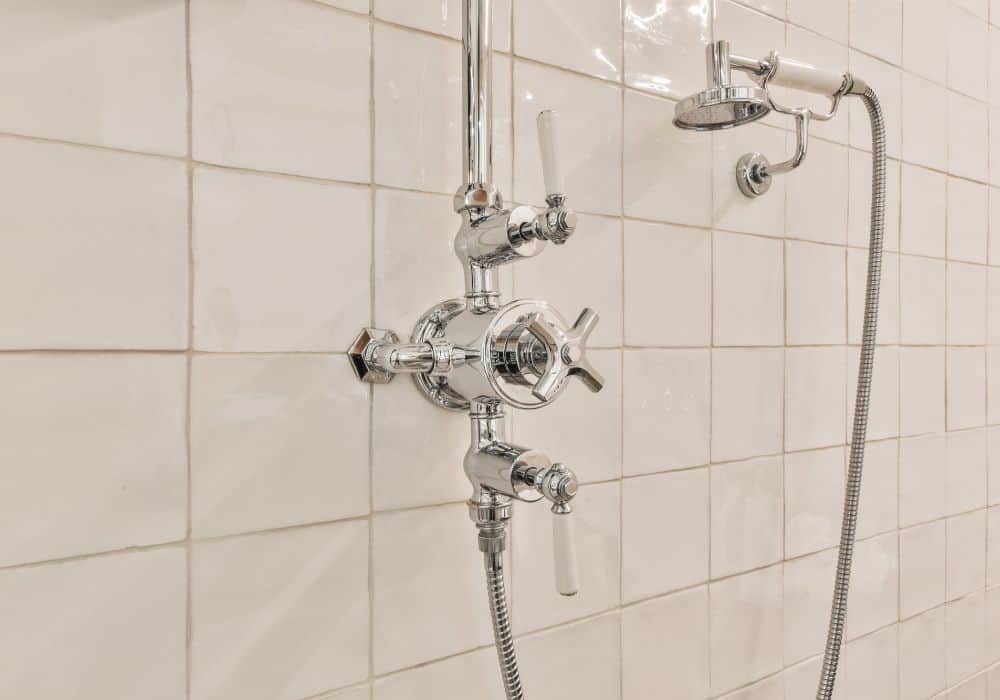 The reason for the difference in height is that if your shower is in the tub then the valve needs to also connect to the bath taps. These taps are of course relatively low to the ground because they are within the bath itself.

When you’re in a shower stall, the valve doesn’t need to connect to any other taps so 48 inches is the standardized height.

Additionally, shower valves are designed to be accessible and reachable. If you’re standing up in a shower stall then it makes little sense to have to bend down to 28 inches to be able to adjust your shower settings.

Whereas, 48 inches (4 feet) is the perfect height for most people to be able to comfortably change the settings.

These measurements for shower stall valves are purely recommendations and can be adjusted depending on the needs of a household when it comes to installation. For example, if you have a household full of tall people then you may want to raise the height of the valve by a foot.

What Is The Standard Showerhead Height? 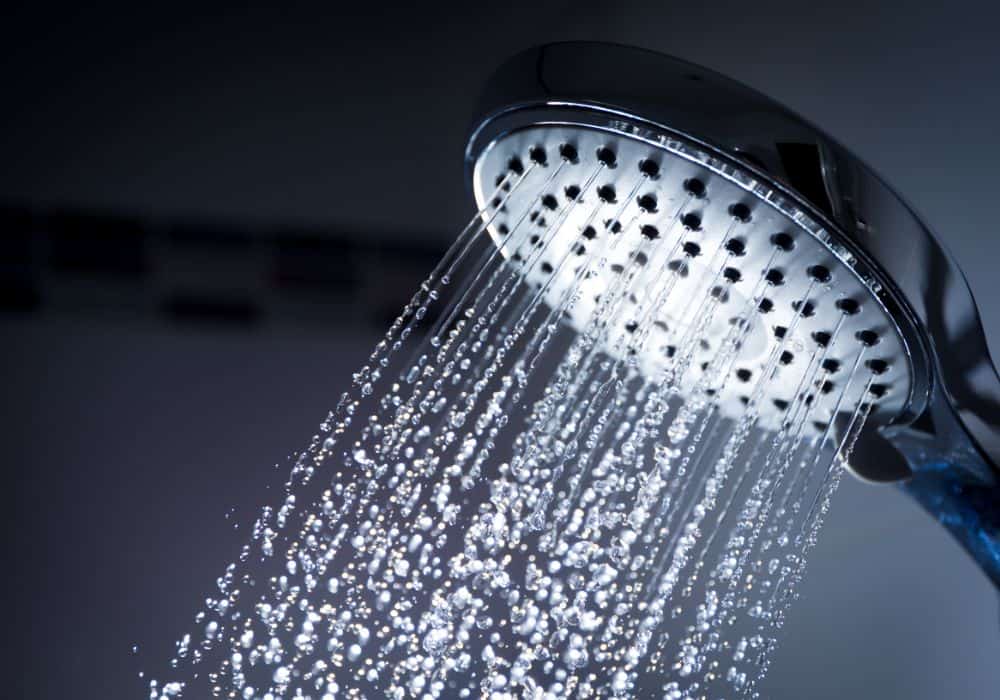 The shower head is another thing that you need to consider when setting your new shower valve in place. On average, the standard shower head height is usually around 80 inches from the floor but this does vary from household to household.

For example, the ceiling height in some homes is lower than others meaning that you may not even be able to reach 80 inches with your shower head. On the other hand, you may live in a household with a group of tall people meaning that you might want to raise it higher than 80 inches.

As a general rule, most plumbers recommend that you use 72 inches as a minimum height regardless of how tall or small you are due to the fact that any lower than this will impact the angle and direction that the water comes out.

The height of your showerhead can have an impact on where you might want to place your shower valve. Some people elect to fix their valve in place halfway between the shower pan and their showerhead, but this isn’t something really crucial.

There a numerous different showerhead types on the market today. Here are some that you should consider for your new shower:

Detachable showerheads are brilliant because they work either as a stationary single-spray shower head that is fixed in place or you can remove it from its hook and move it around your body for a more complete wash. They are usually attached to a flexible hose which makes moving them around easy. The only downside is that these hoses can become loose when they’re meant to be fixed in place and end up spraying your entire bathroom with water.

Rain shower heads are usually mounted to the ceiling and point downwards directly onto the top of the person using the shower. This provides a rainfall-like feeling, as opposed to a standard, wall-mounted showerhead which tends to shoot water at a diagonal angle. Rainfall showerheads are more expensive than detachable and single-spray heads but will provide you with a more enjoyable shower experience.

Waterfall showerheads are unique in the fact that the water that comes out of them doesn’t come out of tiny holes like typical showerheads. Instead, large swatches of water pour over the edge of a fitted ledge. While this can be incredibly therapeutic, it does use up a lot more water so can be expensive in the long run. This type of shower head should be viewed as a secondary luxury option for if you have time to relax in the shower and should be avoided as your primary shower head.

How To Adjust Your Shower Valve Height 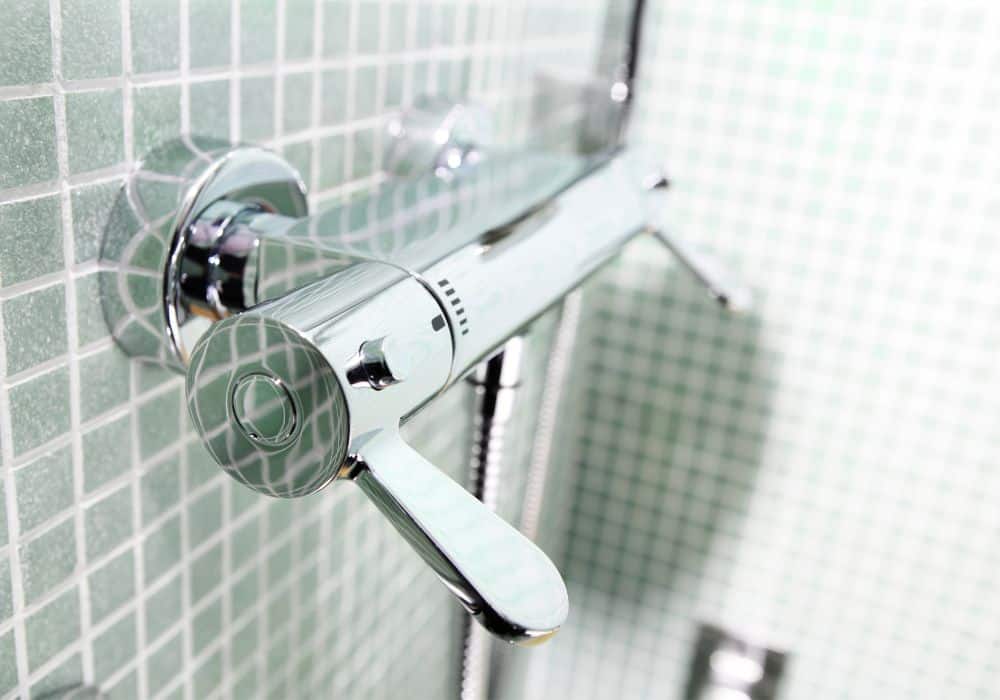 If you have already fitted your shower valve in place but after a couple of showers have realized that maybe the height isn’t quite right then are a couple of ways to get it adjusted. The best methods are as follows:

With this technique, you will need to grind your current valve down and use replacement screws to fit a new one in place. Replace the plate that the previous valve sat on with an adjustable height plate designed for your faucet.

With this technique, you are going to remove the valve as you would do with the nail height adjustment method but then use the same screws which held the original valve in place on the new valve. The shower valve is screwed into the same gap where the previous one sat but in a way where it’s easy to adjust the height.

This is a type of adjustable shower valve where the valve itself moves up and down depending on where you move your shower head.

To conclude, the height you set your shower valve depends on a variety of factors relating to piping and personal choices. Firstly, it depends on whether you are fitting a valve into a bathtub or a shower stall, and then secondly, it depends on how tall you and the other people using it are. We hope that the information we’ve provided today will help you pick out the best shower valve and head for your bathroom renovation.