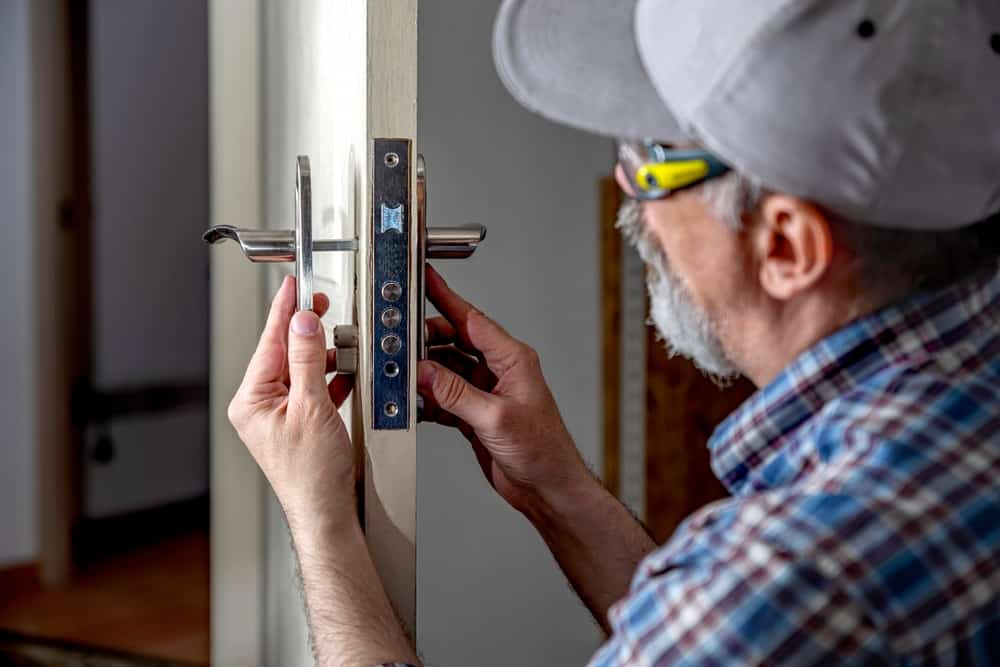 Do you know what to do when your Kwikset door latch won’t retract? If you’re part of the population who is unsure of how to handle this rather tricky problem, don’t fret because we will provide a step-by-step guide on the technicalities to solve this door latch issue.

When it comes to security, having a door lock is ultimately a key foundation of your home. This equipment ensures that you, your loved ones, and your valuables are safe from burglars and other potentially dangerous break-ins. Therefore, if the door latch is not doing its job, you need to fix it as soon as possible.

Importance of a door latch 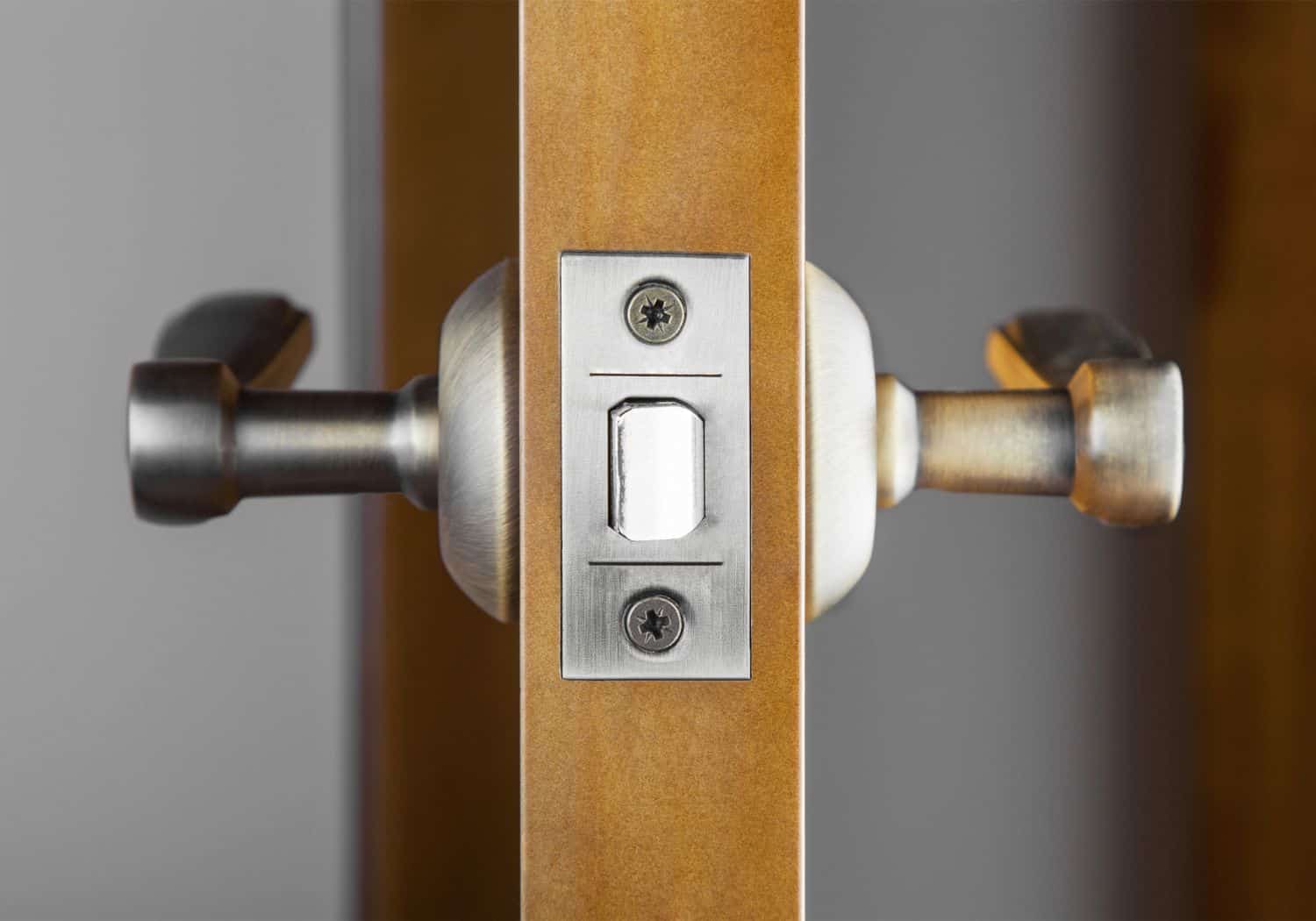 And if the door latch won’t retract, there’s something wrong with the workings of the door latch in general. It could be due to a broken or damaged spindle. Other common reasons include a misaligned strike plate and a jammed door latch.

And if the issue reoccurs after a couple of weeks or months, then it could be related to a damaged lock, or worst, concerns with your home foundation. Thus, it’s very important to identify the root cause of the problem. So, here are the things that you need to do when troubleshooting the issue.

Tips on troubleshooting a Kwikset door latch that won’t retract

Kwikset is one of the famous brands when it comes to door privacy as well as home security and safety. It is widely known for both residential and commercial door needs. Although they offer a lifetime warranty for mechanical and finish issues, it’s best that you know the ins and out of your door lock.

Understanding the technicalities of the door latch and door lock, in general, is pivotal for your own good, especially if the cause of damage is due to personal usage where a warranty may not be covered. Aside from that, solving the problem on your own would save you lots of money.

Uncovering the possible cause of resistance

In a closed position, try opening the door slowly. As you do this, distinguish the key symptoms experienced by the door latch. There are various scenarios that could happen here, which will then give you an idea of the main reason why the door latch won’t retract. 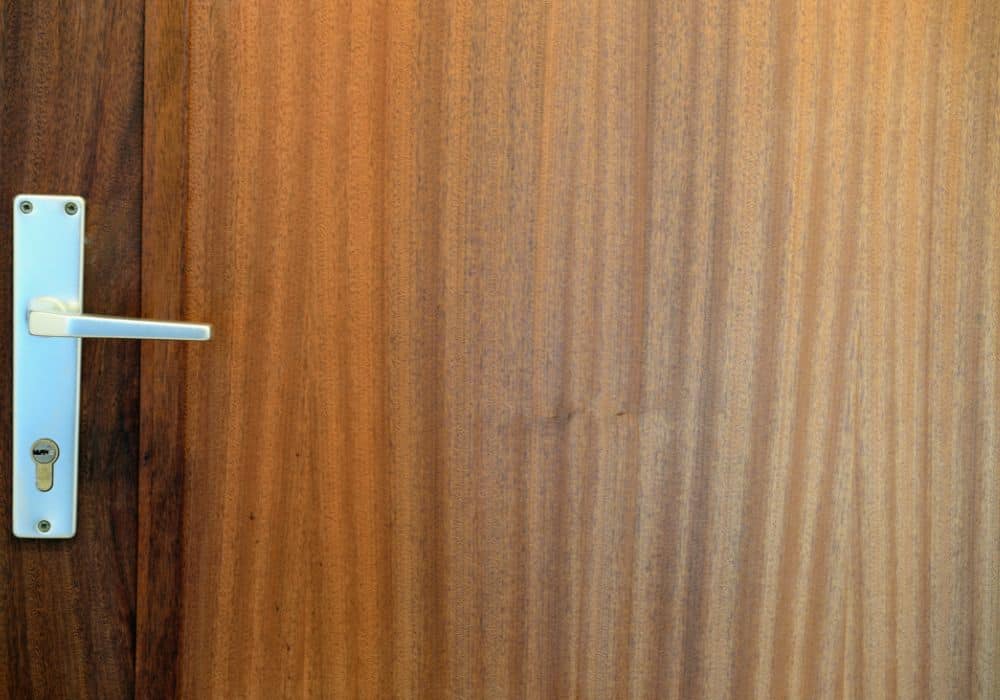 Some of the questions that needed to be answered are:

Make sure you answer the above questions so you can easily diagnose the reason why the latch won’t retract. Using the answers to your observation, you may check the list of tips below for reference:

1. Use a hammer to adjust the latch.

Often than not, the contraction of the door and even the unnecessary friction of metal can cause the latch not to draw back on its own. So, if ever this happens, the first step is to generally use a hammer and hit the door latch in a very controlled manner a couple of times.

The way that you should strike the hammer should be measured to avoid damage to the mechanisms of the door lock. While this is the easiest way to solve the problem, it might just be a short-term fix. More so, this step may not work, especially if the issue lies within the door knob.

2. Make sure to tighten the hinge screws.

If you’ve done the first tip but to no avail, then it’s time to move to the next step. Check the hinge side and see if there are loose screws. Sometimes, when the door lock is not properly installed, this could lead to instability of the door latch, which means it might not retract efficiently.

Therefore, you should take out your screwdriver and tighten loose hinges to ensure that the latch would go directly into the interior assembly.

3. Spruce up the door lock and all its elements. 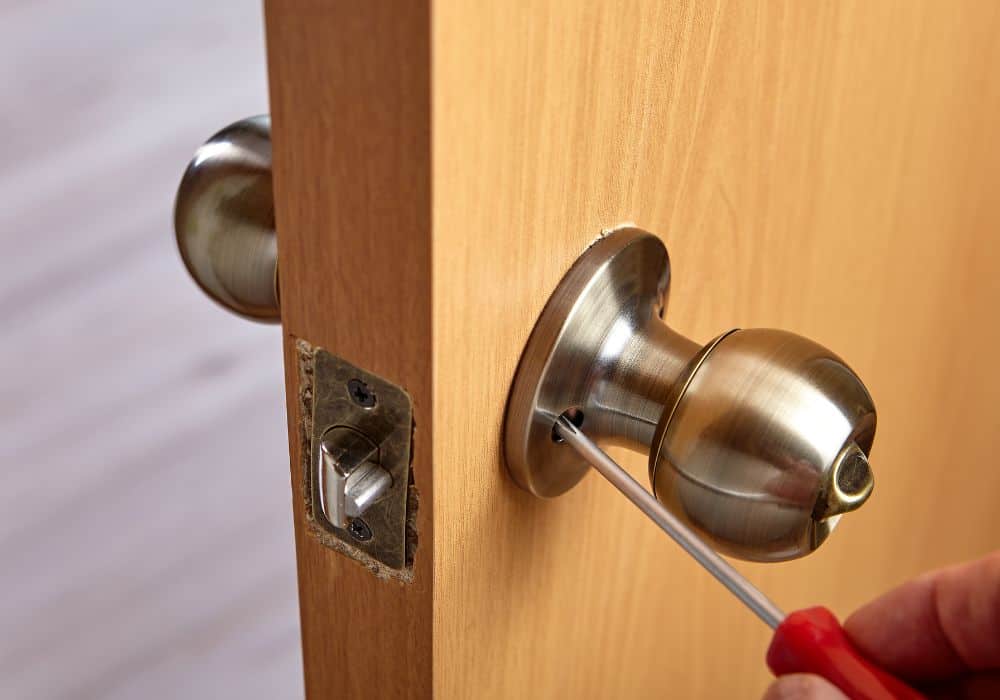 Did you know that dirty door locks could actually be the reason why the latch won’t retract? A jammed latch is often caused by a buildup of materials like dust, grime, debris, and other small particles. Aside from that, rust accumulation may also trigger the latch to not easily retract.

Rust generally occurs when water and acidic substances come into contact with the metal. And we all know that most door knobs are made of metals, particularly brass and copper. That is why it’s important to clean the entire door knob once in a while.

Though these security tools primarily require less maintenance, it’s still advisable that you check the exterior as part of your daily routine. When deep cleaning, disassemble the door lock first and all other elements so you can clean it properly. Sanitize all the crevices and remove the dirt accumulation.

If there is a persistent buildup that is hard to remove, you may use vinegar to clean them up. Vinegar is very useful in removing gunk. So, try to soak the door knob elements into the bowl of vinegar and let them sit until such time the dirt and rust are dissolved. You may use an old small brush to effectively clean them.

4. Add lubricant to the latch

As mentioned earlier, there could be rust buildup in the latch and door know itself, especially if you haven’t cleaned them for years. Hence, after cleaning, you may need to lubricate it to ensure that the latch can smoothly retract without too much force.

There are different door lubricants you can buy from hardware stores and even online. Some of these even come with flexible straws that you can use to apply the product into crevices of the door latch interior assembly. The lubricant also helps in protecting the door knob components from future rust.

The next tip to resolve a stuck door latch is to adjust the spindle, which is the lengthy bar that connects the inside door knob and the outside door knob. If the spindle is loose, then there could be a misalignment with the door latch.

But don’t worry because adjusting the spindle is not that difficult. Just rotate the thumb latch smoothly so the spindle would be aligned precisely. If this doesn’t work, then you have to dismantle the door knob and then make sure that the latch is installed properly. 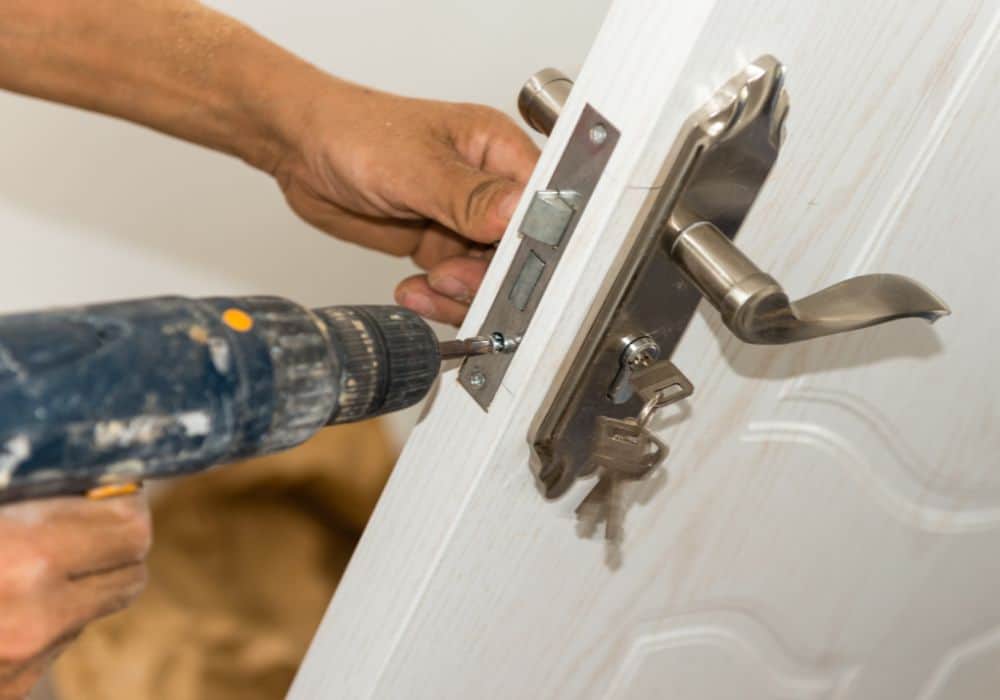 Another common reason why the latch won’t easily pull in is due to a misaligned strike plate. The strike plate is the piece attached to the door frame. It is where the latch enters when the door is closed. Thus, in a closed-door setup, the latch will be extended.

Unfortunately, this resolution might just be short-term, especially if there are underlying issues that would lead to the misalignment strike plate in the future. One possible cause is the accumulation of moisture on the door frame, particularly for the wooden type.

Aside from moisture, an imbalanced foundation could also be a quandary in the long run. In this case, professional help is greatly needed to check up on your home.

Perhaps you’ve heard of the credit card trick from a colleague of yours or even from watching videos online. Well, if the door latch won’t retract and leaves you stuck in your room, then, maybe it’s time to showcase your skills using a credit card.

Do take note that this technique generally works for simple door knobs with slanted or spring latches. To do this, insert the card and then tilt it upward into the gap between the door and the door frame.

Wiggle it until the latch would come loose. Although this is just a temporary method to retract the latch, it could still be helpful in your current situation.

8. Get help from a professional

If you’ve done all the tips above but still the latch won’t retract, it’s best to raise your problem to a locksmith. These individuals are the most skilled persons when it comes to decoding tough door knob issues. Getting a repair may be pricey, but this is most recommended if you run out of options.

And if there is definite damage on the doorknob itself and the locksmith could no longer resolve the problem, it’s high time for you to buy a new set of door knobs. However, you need to be careful with your next purchase. It’s best that you buy higher-quality lock products that would last for a long time.

Now that you have an idea of the workings of knobs and door latches, it’s easy for you to try solving this particular problem in the future. And if you have further questions, don’t hesitate to leave a comment so we can give assistance.