Skip to content
Pip's Island » Why Do GFCI Outlets Have A Blinking Red Light? (Causes & Solutions) 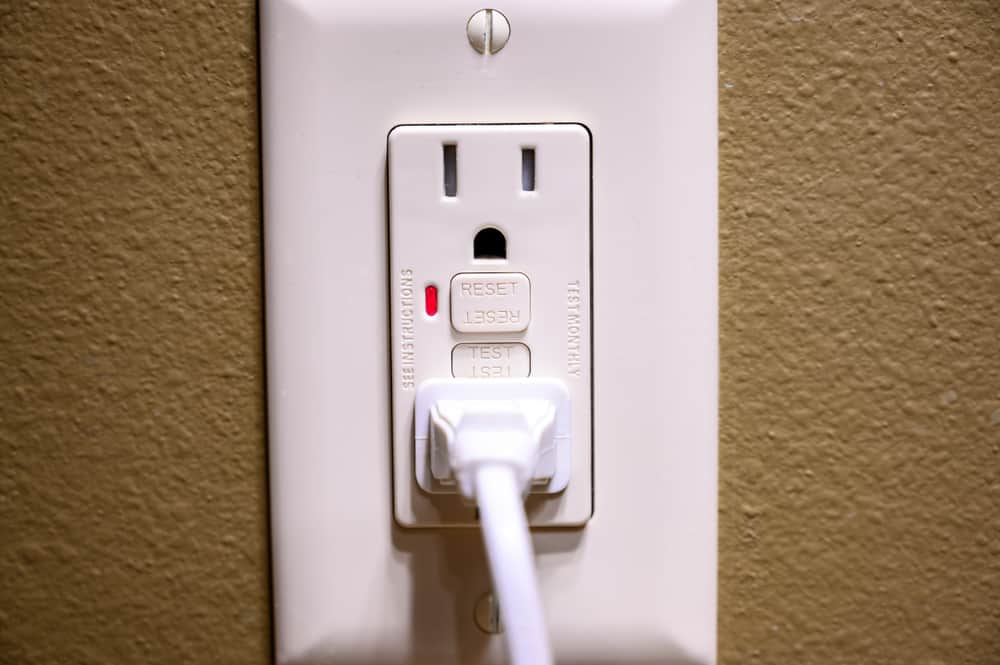 Nowadays, you’ll find ground fault circuit interrupters (GFCI) in most homes, not only because they’re legally required in many areas but also because they make homes safer for an affordable price.

They come in different shapes and sizes, and there are specific GFCIs for specific locations, e.g. outdoor GFCIs for outdoor outlets.

One thing you’ll notice immediately about these devices is that they have blinking lights. But what exactly does the blinking red light indicate? What about the solid green light? And when there’s no light at all?

For answers to these questions and other relevant information, read through this article, as here we discuss the different GFCI lights and meanings of each one.

What Is a GFCI?

A GFCI is a device that prevents rogue electric currents from escaping electrical circuits and harming human beings. According to the National Electric Code (NEC), GFCIs should be used in any room where there’s water frequently. Spots that are prone to moisture accumulation should include these as well

Unlike circuit breakers, which are designed to protect larger electrical systems and not necessarily those who operate them, GFCIs are in place solely to protect human beings, their pets, and their property.

As far as property damage is concerned, these devices prevent such damage because it’s nearly impossible for an electrical fire to start when one of these is present.

When you look at one of these devices, you’ll see right away that they have a “test” and “reset” button, and often these buttons will blink or hold either red or green. So what exactly do these colors mean? Let’s see! 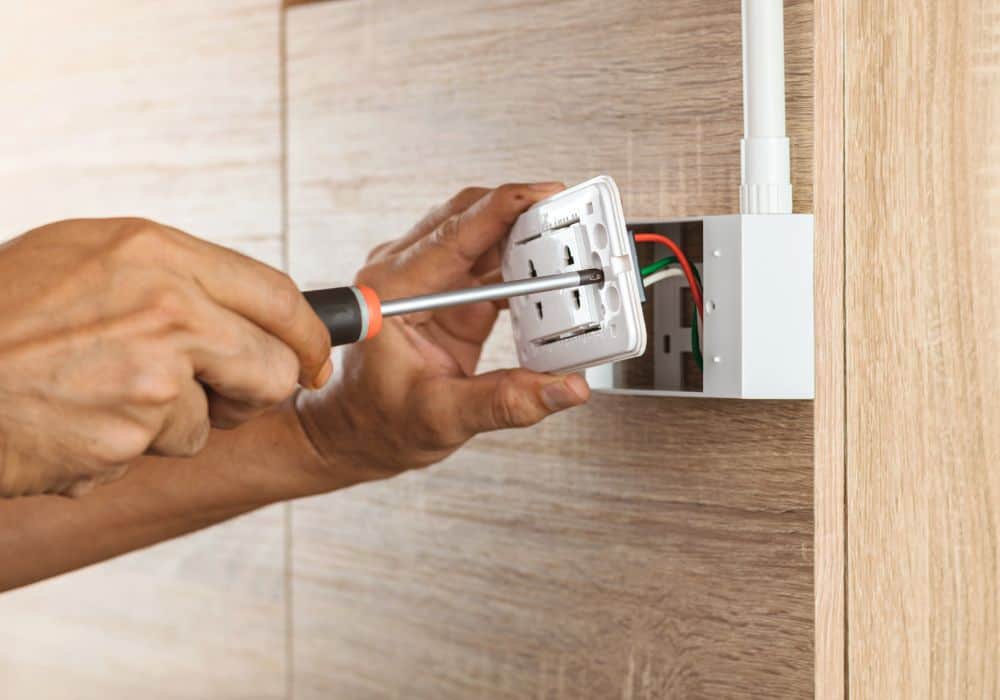 What Do the Lights on a GFCI Mean?

The GFCI is not a complicated device, yet it provides invaluable protection to homeowners and their families. And to understand how this device is functioning, all you need to do is understand what the lights being displayed mean.

You could see a green light, a red light, or no light at all. Below, we cover what each light means, though the particular focus is put on the red light since there are many variations and each one has its own important meaning.

If a solid green light is displayed on your GFCI, this means that the system is working as it should. In other words, you don’t have to worry about rogue electric currents coming from the appliances that are connected to the outlet this device is on.

A red light means there’s a problem with the device. The specific blink pattern displayed will indicate what the problem is. Consult your manual to see what the displayed blink pattern means. The light may also stay solid red.

There may also be an instance where no light is displayed. This is because there’s no power reaching the outlet. The light could also be off because the device was tripped. Just as when there’s a red light, you should investigate to see what’s causing no light to present.

When the GFCI’s Status Light Is Solid or Blinking Red

When the “status” light is solid red or blinking red, you should press the “test” button so the GFCI trips (resets). If when you do this the device does not reset, you should get in touch with a professional electrician, for it’s likely you’re going to need a new GFCI.

Does a GFCI Light Up Immediately Upon Activation?

Immediately after turning the GFCI on, or immediately after you reset it, you may see a red flash. Usually, this is followed by a green light which indicates that there’s no problem.

However, this light pattern could also indicate that the GFCI is worn. If you suspect that it’s displaying this light pattern because it’s worn out, contact a professional electrician to get your system tested. They’ll know whether or not your GFCI needs to be replaced.

Note: Only do this for a system you know is old, as replacing a new device, for this reason, is undeniably a waste of money.

What Else Causes a GFCI to Blink Red?

When you see a solid or blinking red light on a GFCI, it could be that the device was tripped. In other words, it prevented a rogue electric current from escaping the circuit. But don’t forget that tripping could also be indicated by no light being present.

After a GFCI fails a self-test, the red light will go on, indicating that the system is locked; it’s locked so no electricity can flow out and harm unsuspecting passersby. If a self-test is what causes the GFCI to turn red, you’ll have to get a new one.

What to Do When a GFCI Blinks Red

Have a GFCI that won’t stop blinking red? There’s a high probability that there’s a problem with the system. Here’s what you can do to address this problem. Press the “test” button on the device to manually trip the GFCI outlet.

Afterward, press the “reset” button; doing so should restore power to the circuit and reset the device. When it’s reset, it should only blink red for a little bit and then turn solid green.

If you follow the above steps and you’re still getting a blinking red light, this means that you have to get a new GFCI.

Note: You shouldn’t do a GFCI replacement on your own. Get a professional electrician to help you with this. A home’s electrical system is too dangerous for someone who lacks experience and knowledge of proper safety procedures.

What Trips a GFCI?

If your GFCI keeps tripping, this can be annoying, as you’ll have to reset it every time it does. So to prevent frequent trips, it’s best to know what causes these. Below, we list five factors that often lead to a GFCI being tripped:

Faulty wiring may lead to a GFCI being tripped. If this is what’s causing your device to trip, have it inspected. The device will probably be salvageable; you’ll just need to get it attached to reliable equipment.

If the circuit is overloaded, it’ll become very hot. And without a GFCI there, a fire could spark. But once a GFCI senses heat, it’ll cut power and allow time for the outlet to cool down.

You can overload a circuit if there are too many appliances plugged into one outlet. An overload can also be caused by faulty wires, a malfunctioning circuit, and appliances that require more power than the outlet can provide.

Of course, ground faults can trip GFCIs as well—preventing these is exactly why these devices were created. If a ground fault is detected, the device will cut power to the circuit right away. A ground fault can result from poor device installation, moisture getting into a space it shouldn’t be in, and frayed wiring. 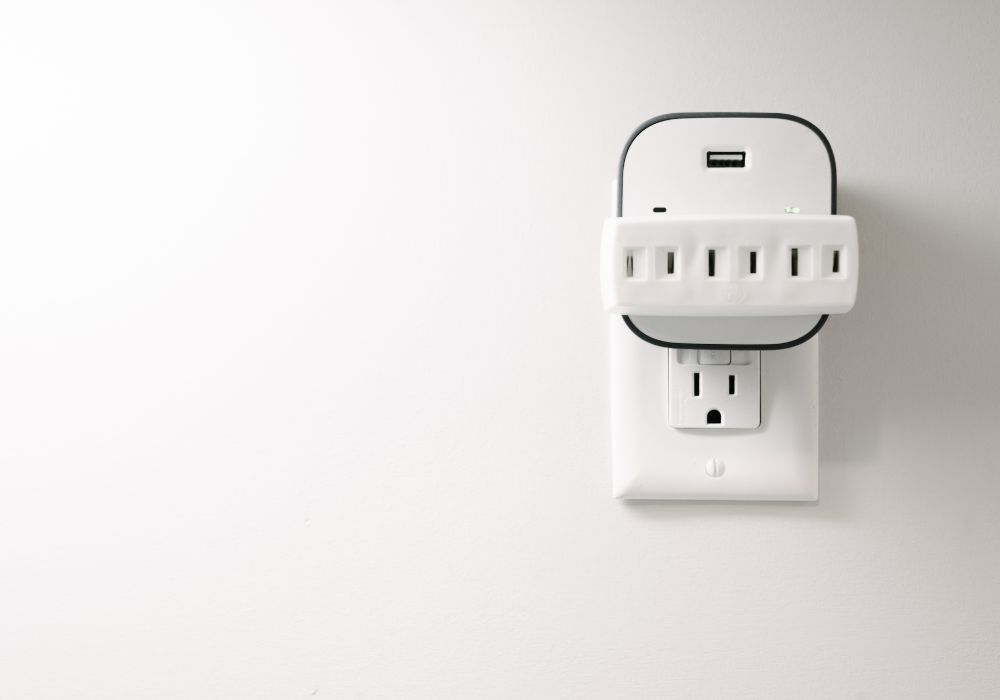 If the components utilized by the GFCI are worn, such can lead to this safety device being activated. Usually, these last around 25 years, but around the 20th year, you may start to experience the device tripping for no reason.

At this point, it’s a question of convenience: Do you want to keep resetting the GFCI when it’s not even tripping for the right reason, or should you just get a replacement? Remember, installing a new GFCI is not expensive

5. A Nearby GFCI Was Tripped

If a GFCI that’s nearby was tripped, this could cause another GFCI on the same circuit to trip as well. This is a rare occurrence, but that doesn’t mean you’ll never face this problem.

Note: When one GFCI trips, the other devices will react, not because the GFCI tripped but because there was a problem with the circuit.

What if the Problem Is a Malfunctioning Outlet?

When you install a new GFCI and you’re immediately met with a solid red light, it’s likely that a faulty outlet is a problem—the device is probably fine.

In the end, when you see a blinking red light on a GFCI, take it as a warning sign that shouldn’t be ignored. It may mean that the GFCI needs to be replaced or that there’s a problem with it. Such can also indicate that the GFCI did its job and prevented a hazardous rogue electric current from getting loose.

If you don’t know why your GFCI is still blinking red at this point, it’s best to get in touch with a professional electrician, as they’ll know how to proceed.