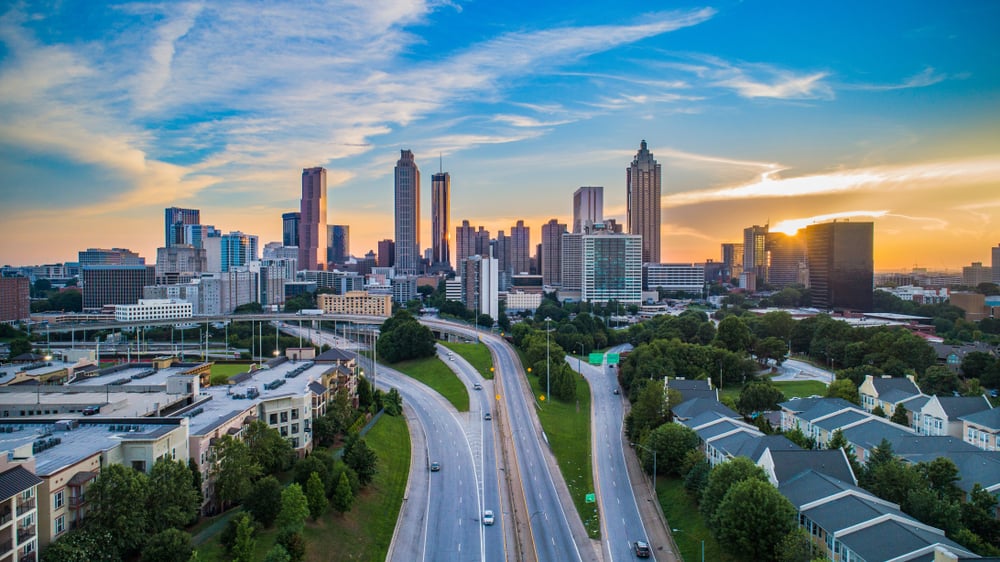 Are you planning a trip to Georgia’s capital? Wondering where you should stay, rent, or buy a home in Atlanta?

Metropolitan Atlanta contains 243 city-defined neighborhoods with a wide array of living options. While Atlanta as a whole has seen a drop in reported crime over recent years, certain neighborhoods are still ranked as dangerous to live in or even walk through.

In this guide, we’re breaking down the 10 worst neighborhoods in Atlanta and the reasons they are ranked as such.

Ranking the Worst Neighborhoods in Atlanta

One man’s unsightly neighborhood could be another man’s home sweet home, so it’s important to rank Atlanta’s worst neighborhoods through hard facts and figures.

Neighborhood rankings are usually given an A-F rating and typically account for: 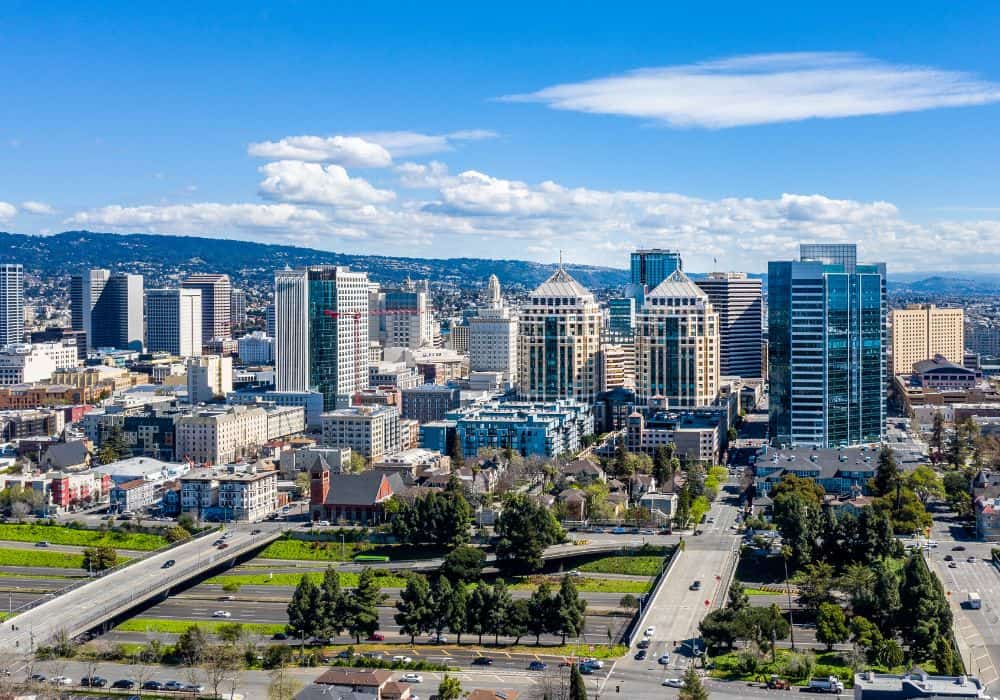 Residents in the most dangerous areas tend to be renters and the median home value is much lower than those in the safest neighborhoods.

We have considered information from crime databases like the FBI crime data as well as AreaVibes, Niche, and other neighborhood-rating platforms. The most important factor when compiling this list of Atlanta neighborhoods is the overall crime rate of the area and the most common types of crime.

Oakland City combines great amenities with a dangerous environment for both adults and children. Because it is rated highly for crime and an F for employment and schools, the city averages a low overall rating. Its total crime rate is 21% higher than the national average.

Lakewood Heights offers an excellent cost of living at the price of peace of mind. While housing is rated a C+, Lakewood Heights has F-rated schools and employment and a D- rating for the crime.

Most residents rent their homes in an urban-suburban mix. The average home costs $145,800 but the average household income is only $42,600.

The neighborhood has the same crime percentages as Oakland City, making it a tight race as it claims the title of the second-worst neighborhood in Atlanta. Lakewood Heights-Southeastern Atlanta is prone to assaults, robberies, burglaries, theft, and occasional shootings, with roughly 1,000 violent crimes and 2,550 property crimes per 100k residents. 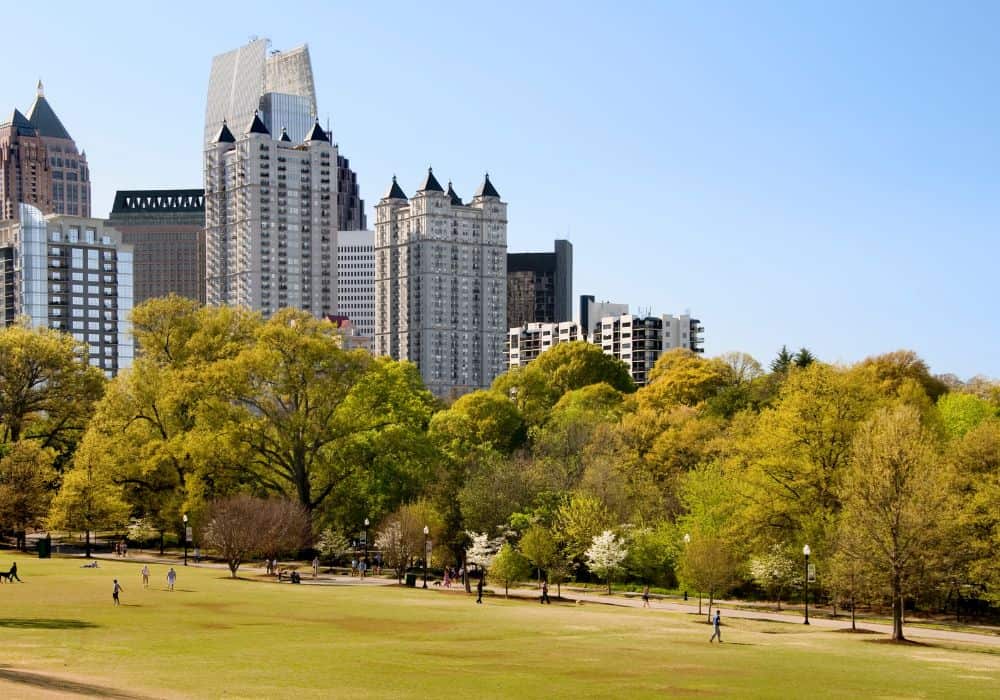 Grove Park is well-known for its A-level nightlife and high level of diversity, but its C- crime and public-school rating only add to its D- housing.

The median home value in this neighborhood is valued at $93,000 – that’s more than $300,000 lower than the median housing price of Atlanta as a whole. Pair that with the median income of $28,200 per household and you can find many individuals living along the national poverty line.

Adamsville hosts positive ratings for amenities, cost of living, an abundance of parks, and housing, but it continues to bring in D- and F ratings for crime, employment, and public schools. Most residents in Adamsville rent their homes for an average of $795 per month and the median household income is $29,150 – 47% lower than the U.S. national average.

Center Hill is home to many retirees, ok nightlife, below-average employment, public schools, and diversity. There are very few families with children living in this area. Employment in this neighborhood would be rated an F, even though the cost of living is extremely low. 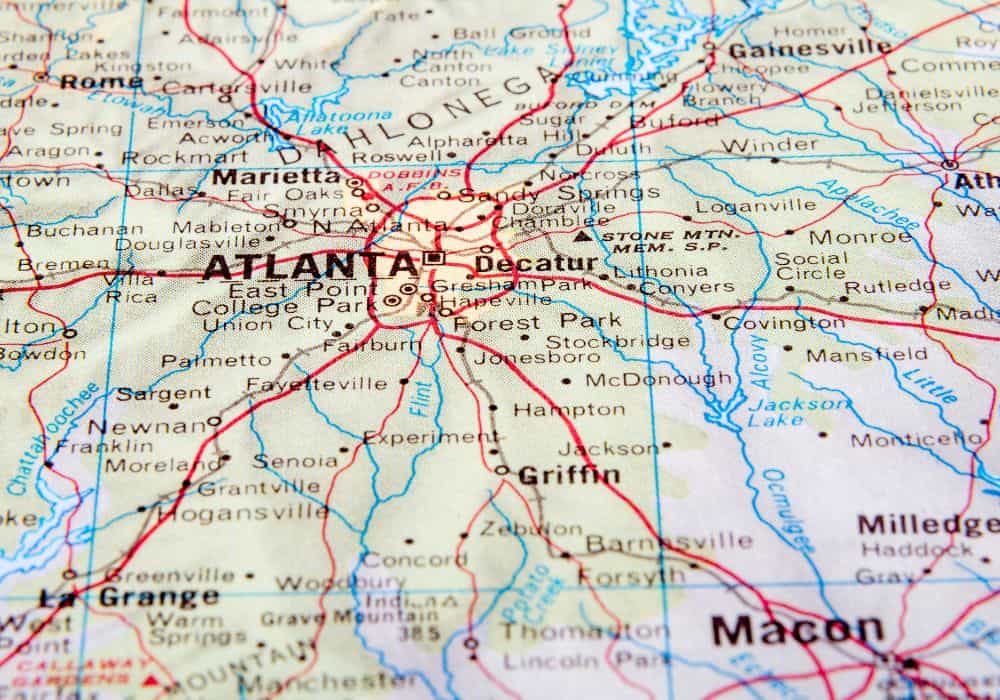 Mechanicsville has similar ratings to Vine City below, but may be slightly better for families, as 21% of residents have children. While the median home costs roughly $109,223, with a median household income of $29,711, most families choose to rent in the area. Housing is rated a D- here.

There are over 2,500 instances of violent crime and 8,200 instances of property crime per 100k residents. This gives you a 1 in 36 shot of falling victim to a crime in Mechanicsville.

Vine City is full of bars and parks, but it lacks efficient housing which is rated D in that area. There are very few homeowners in Vine City – 13% to be exact – and the rates for assaults in the area are through the roof.

The school rating bumps up to a D- here instead of an F, but it still comes close to preceding neighborhoods and the cost of living is only rated a C+.

In Vine City, there are 2,126 violent crimes and over 15,000 property crimes per 100k residents, but strangely enough, this neighborhood is a stone’s throw away from some of the safest neighborhoods in Atlanta.

Adams Park brings us to a slightly higher overall average rating of B-, mainly because there is a higher rate of employment in this area. Unfortunately, crime is still rated as D-, with at least 621 violent crimes and 4,357 property crimes per 100k residents. Here we can see a shift from higher violent crimes in the preceding neighborhoods to higher property crimes instead.

While the overall crime rate may be higher, the median household income comes in at $56,106 and more people here hold university degrees here than in the aforementioned neighborhoods. 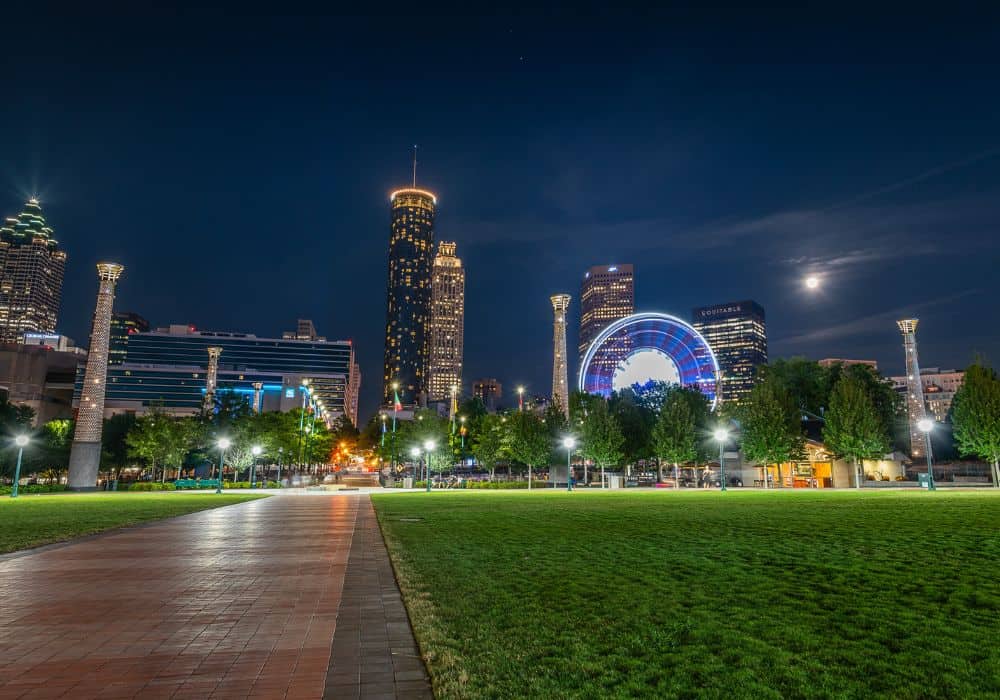 Adair Park finally takes a turn by providing better public schools than others on this list, but even so, they are still ranked fairly low. This is a small neighborhood with a population under 1,200 and more of a suburban feel with young professionals mixed with families.

Renters and homeowners are almost evenly split, with the median home valuing $190,718 and the average household income rising slightly to $48,188.

While diversity is rated A-, crime still rings true. There are over 2,000 violent crimes and 6,300 property crimes per 100k residents in Adair Park. You have a 1 in 36 chance of being involved in a crime in this neighborhood.

Cascade Heights offer better housing, diversity, and family life than many on this list, even if its public schools are still lacking. The cost of living is decent and the average household brings in over $63,000 annually. Most residents own their homes in this dense suburban setting, with an average price of $178,175.

There is a noticeable drop in crime once we reach the end of this list, although it is still present. There are roughly 80+ violent crimes and 447 property crimes per 100k residents. The most common crime is general theft.

The Safest Neighborhoods in Atlanta

This list wouldn’t be complete without a quick mention of the safest neighborhoods in Atlanta. These areas have low crime rates, higher median salaries and house prices, higher rates of employment, and generally better public schools.

Negative neighborhood ratings are usually given to areas with high crime rates compared to the national average. The public schools, employment options, amenities, and median salaries of those living in the neighborhood are also taken into account.

Atlanta is full of bustling neighborhoods with diverse residents and environments, but a few of them stand out for their high crime ratings. Your best bet is to avoid the ten cities on this list and instead opt to stay in neighborhoods with less crime, such as North Buckhead, Midtown, and Atlantic Station.