Miami is one of the most popular tourist destinations in America, especially if you are a fan of nightlife and beach living. Visitors love Miami Beach, but it’s a well-known fact that you generally don’t want to live there…unless it’s in one of the wealthiest areas.

This wild Florida city is the home of many different tourist-ready destinations, but let’s not forget. This is one of the more dangerous cities in the nation. If you choose to visit, make sure not to visit these nightmarish places in Miami-Dade county’s center.

The Worst Neighborhoods In Miami

Overtown is one of the most notorious neighborhoods when it comes to gang activity, hard drug use, and violence. With a violent crime rate that is 124 percent higher than the national average, it’s hard to ignore how scary this section of Miami is.

This is one of those neighborhoods that people avoid, even during the daytime. That’s because mass shootings seem to happen on a regular basis here. This area is so dangerous, most people think twice about walking in this area during the daylight.

Officially known as “Model City,” this neighborhood of Miami doesn’t live up to its name. Residents here deal with a lot of violent crime, especially in the “ghetto” part of the town. The homicide rate has been growing steadily here since 2011, so it’s not a good look.

Rape is also an issue here, so its best not to walk alone if you are female. If anything, it’s best to stick to walking and biking during daytime hours. It’s usually the safest time to be outside here, though “safe” is a relative term. 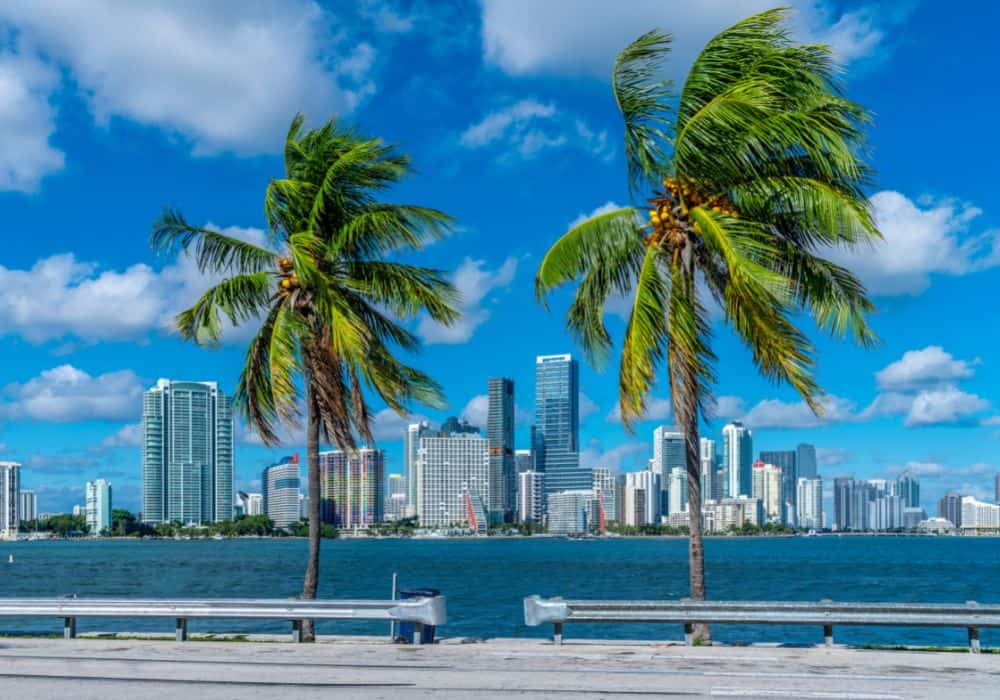 Believe it or not, this small neighborhood is one of the outliers as far as typical “bad neighborhoods” go. Opa-Locka has a very high property crime rate and violent crime rate, so it’s clearly not great.

However, it also happens to be a neighborhood with pretty decent schools. So, if you can handle the thefts and vandalism, this might actually be a decent place to get an education for your kids.

With that said, this area is currently in a state of flux. It might turn out to be a good neighborhood in 15 years time, but it can also turn into a total nightmare of a place too. It all depends on what happens with real estate investments.

High crime is basically what this hotspot is known for, at least to residents. To tourists, this area is famous for its nightlife and clubs. (Or, if you’re a fan of good food, one of the best places to taste Cuban culture!)

This area is one of the worst neighborhoods in Miami, simply because the number of violent crimes is so high. Murder, robberies, rape, and assault are fairly common. It currently has a crime rate that is 308 percent higher than the national average. 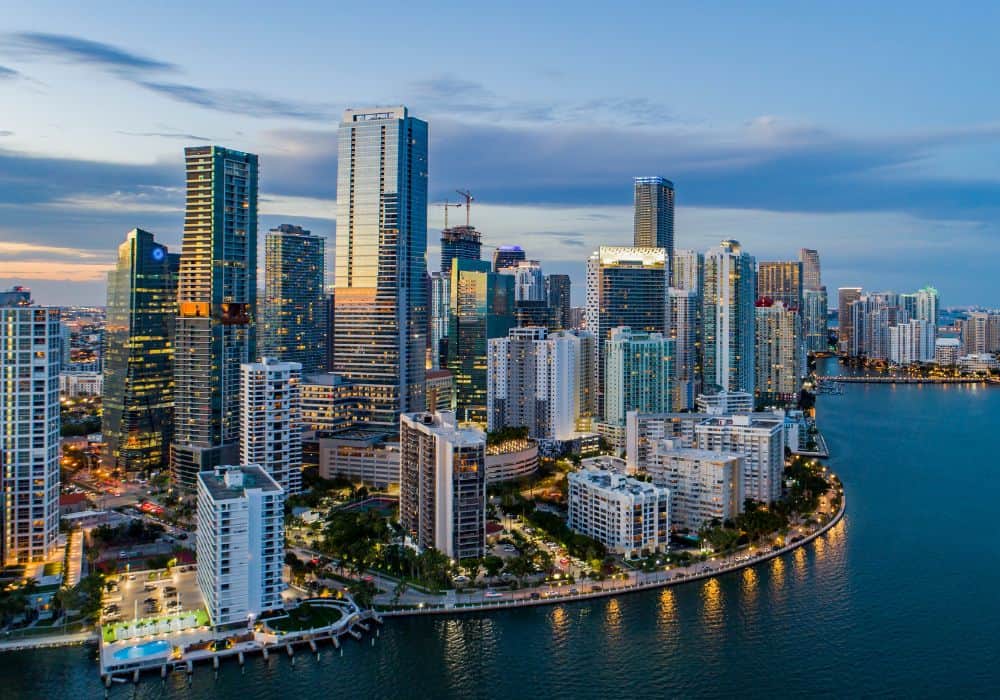 Wynwood is a bit of a strange neighborhood, primarily because many of the crimes in this area go unreported. It’s actually part of the reputation in this area, which means that the hard numbers people get on this area are unreliable.

From what we *do* know, Wynwood’s property crime rate is 285 percent higher than the national average. We suggest locking up your valuables if you choose to live here. It’s not a safe place to be wealthy, since thefts are fairly common.

Known for being a place where you can get delicious Caribbean cuisine, the truth is that this neighborhood isn’t exactly safe for tourists. Violent crime and gang activity is fairly commonplace here, which is why many people view it as a “ghetto.”

Around 20 percent of all crimes that happen here are violent in nature. When your violent crime rate is 200 percent higher than the national average, that can be a pretty bad indicator. Gun violence, unsurprisingly, leads the pack.

Little Haiti might have interesting places to go to, but this is not a good area by any means of the word. As a result, people are advised to steer clear of this region if they can help it at all. 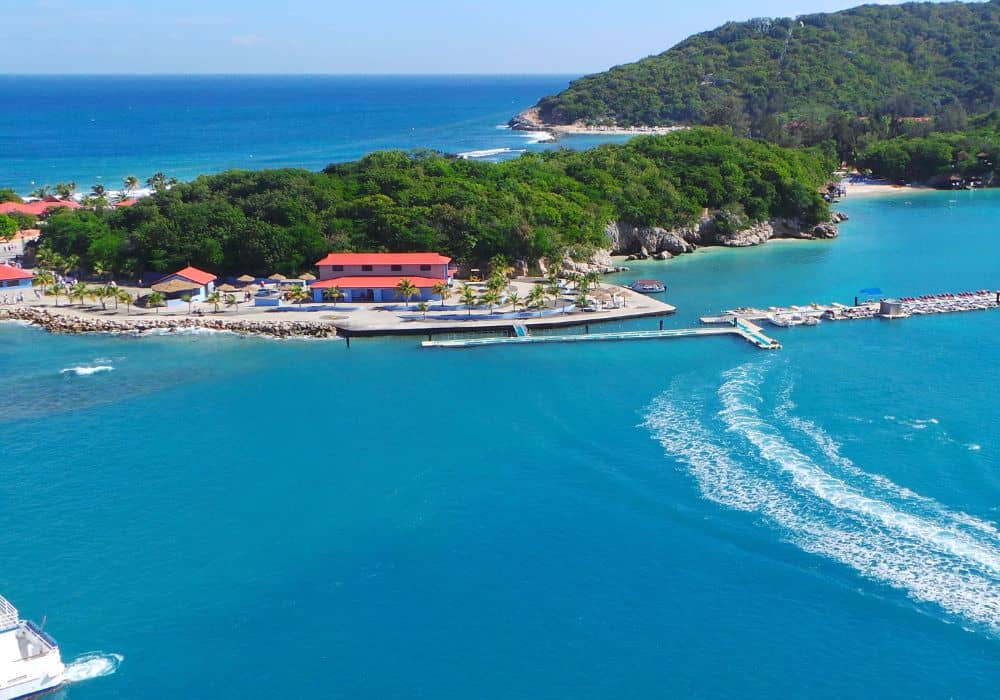 In New York City, saying you live on the Upper East Side is a bragging right. When you’re from Miami, though, it means that  you are dealing with a lot of violence and property crime right outside your door.

Violent crimes are 98 percent higher than the national average, and it’s rumored to increase by 2 percent each year. This is a neighborhood that has a lot of socioeconomic strife, so it makes sense that many people end up in dangerous situations here.

There’s a lot to be said about the nighttime attractions in North Miami, but many people are starting to rethink their interest in visiting this area. While police presence has helped clamp down on crime in recent years, it’s still not a safe place to be.

Your chances of being a victim of crime is 1 in 21 here. Those odds put this part of the city among the most dangerous neighborhoods in Miami. 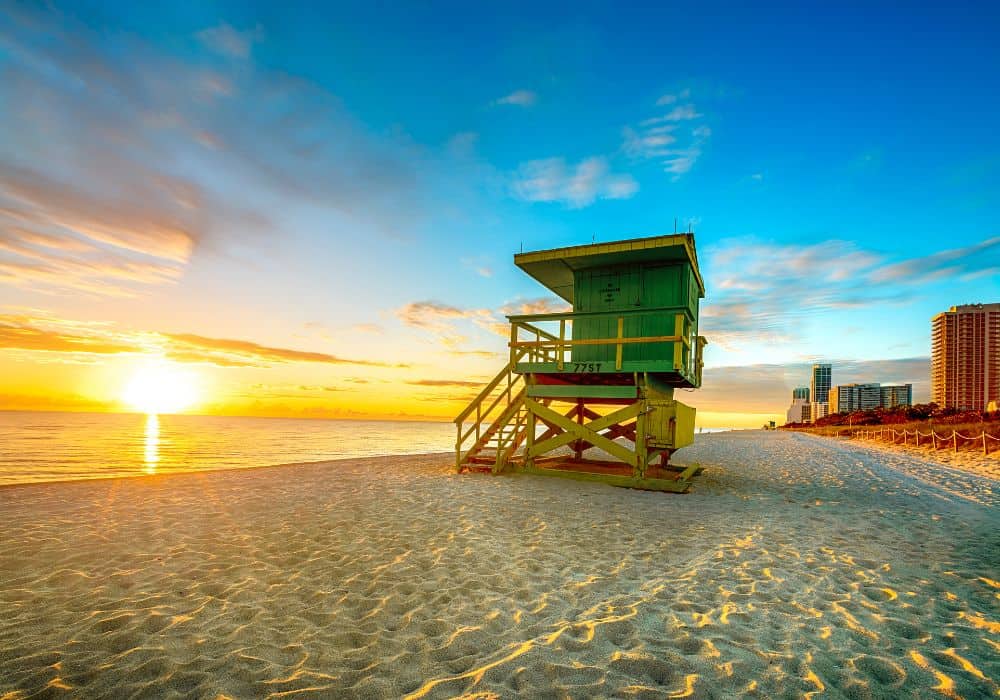 Allapattah is a heavily-divided neighborhood. In many places, this area is fairly safe. However, when you go in the wrong corners of the neighborhood, things get very dangerous, very quickly.

This crime rate is 125 percent higher than the national average, and there’s reason to believe it deals with the low income rates here. The median home income is a mere $19,140. That low income could easily push people to crime.

In terms of reputation, there is a lot of rumors that suggest that this part of Miami has become a red light district. Needless to say, sex crimes are fairly commonplace here.

Once the heart of Cuban culture, Little Havana is one of those neighborhoods that had a massive fall from grace. Crime is 200 percent higher than the national average and police struggle to get things under control.

This area has a very heavy gang presence and currently leads the pack when it comes to car break-ins. It’s also not unusual to hear of assaults, drug use, and homicides. If you want to take a tour here, stick to the central part and avoid the eastern side of Little Havana. 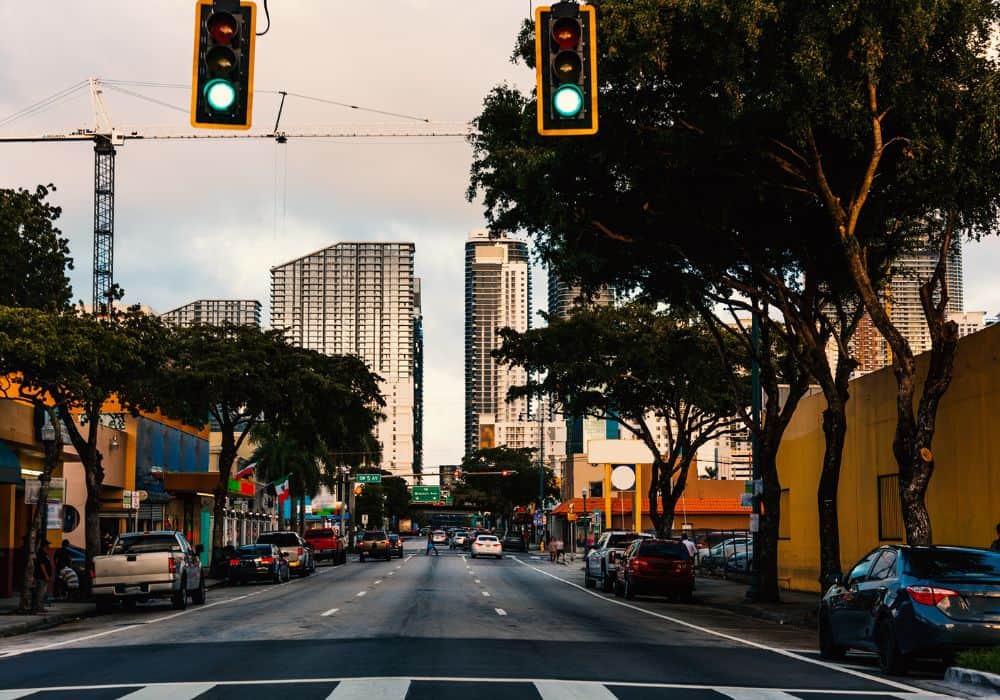 At this point on the list, you are going to start seeing neighborhoods that are dangerous compared to most others, but not as violent as the ones that topped our list. West Flagler definitely has a crime problem, but it’s mostly property crime-oriented.

There are not many gangs present here, but theft remains a major cause of concern. Break-ins, car thefts, and even pickpocketing have been reported fairly frequently. Violent crime still occurs on occasion, but most people are rather concerned with getting stuff stolen.

Here, you will see people walking and biking during both the day and night. However, after sunset, most women won’t go outside unaccompanied. That alone is pretty telling about the state of this small community.

You may be surprised to see this sunny area on a list of the most dangerous neighborhoods in Miami. After all, it’s a major tourist destination and features tons of places where people go to vacation. Spring Breakers also love Bayside Harbor, so it’s surprising for collegiates, too.

Much like with West Flagler, Bayside Harbor’s issue is rarely ever violent crime. The vast majority of crimes are property crimes like theft, pickpocketing, and burglary. Residents are not always the targets of these crimes, though.

Tourists are actually the people that most criminals in this neighborhood choose to target. This is because they tend to be naive about the area around them. If you want to tour this part of Miami, make sure to try to blend in with the residents. 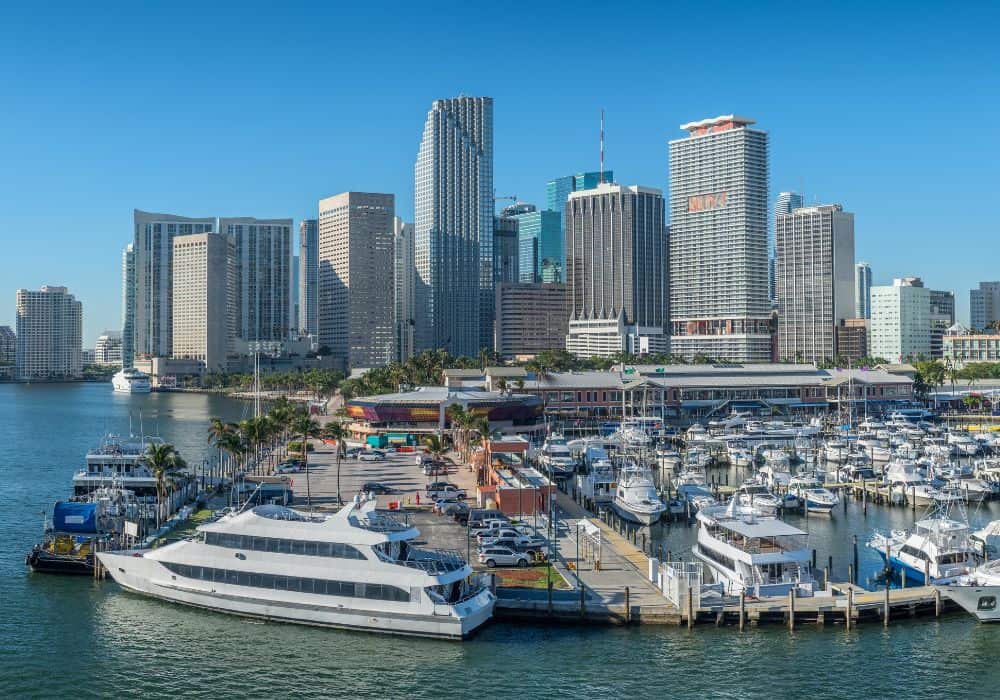 Coconut Grove is a neighborhood where most people feel relatively safe, and there’s good reason or this. Violence isn’t really common here, though property crimes are still a major issue that the community struggles with.

The biggest problems in Coconut Grove all deal with thefts. Carjackings, bike theft, and even minor things like stealing a wallet are fairly common here. Local malls also tend to have issues with shoplifters, but this is often a multi-neighborhood issue.

Miami, in general, is a very dangerous city. If you go into a neighborhood like Opa-Locka, North Miami Beach, Little Havana, or Overtown, you are going to see a side of the city that can be quite scary.

Before you go on vacation to this town, make sure to learn more about it. The neighborhoods you choose to visit can either keep you safe or cause your vacation to turn into calamity.