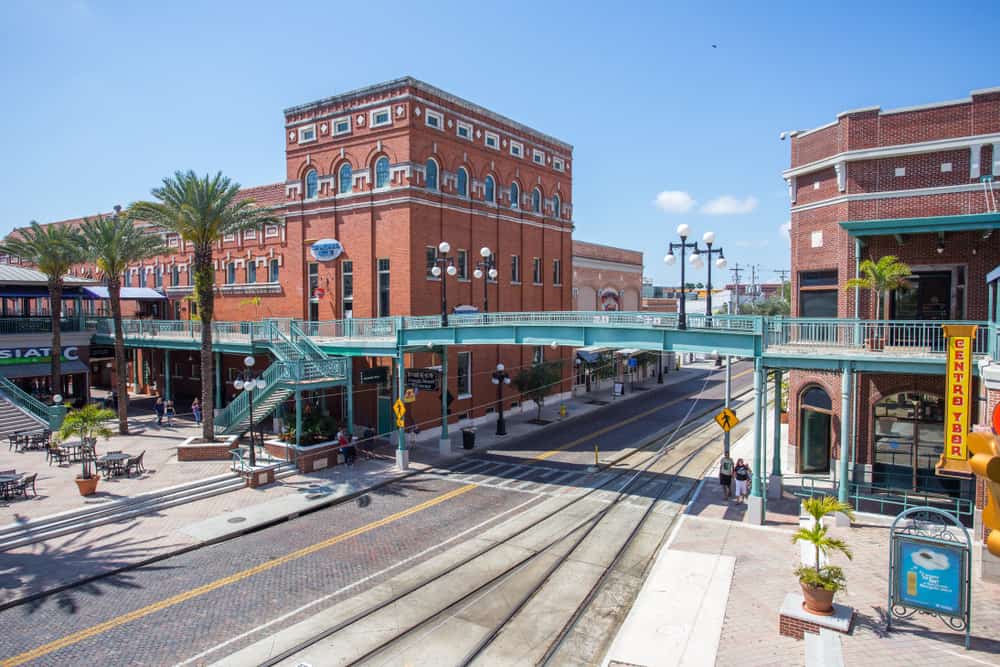 Are you planning to relocate to Florida, particularly to Tampa? Well, that would be a good decision, especially since the city brims with gorgeous sidewalks, scenic theme parks, contemporary museums, and excellent restaurants. And as the sunshine state, it is highly sought after among tourists and even retirees.

But beyond these remarkable features, there are some places in the city that may not be that suitable for families and young professionals. In this guide, we will cover the worst neighborhoods in Tampa that have been notorious for all sorts of bad elements. 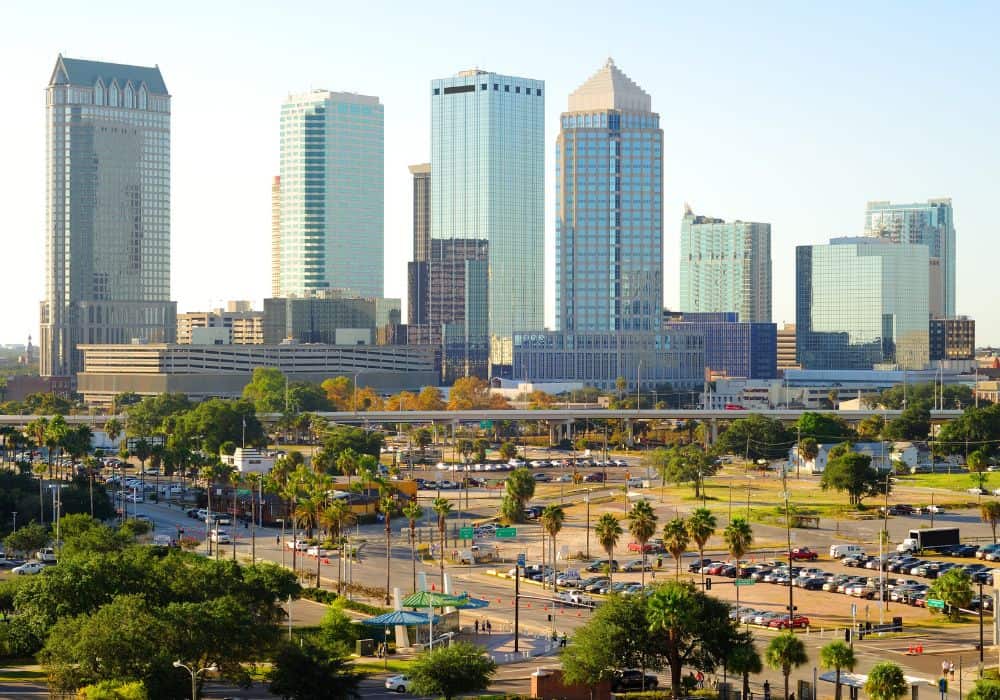 First on the list is the famous Downtown, the home of renowned museums like the Tampa Museum of Art, Glazer Children’s Museum, and The Florida Museum of Photographic Arts. This upbeat district fosters a modern yet contemporary vibe, making it popular among travelers.

However, when it comes to the residential perspective, this may actually be the worst option. Over the years, Downtown has welcomed more and more businesses and leisure spots, leaving it with lots of people even until nighttime. In fact, this place comes to life when the sun sets back to its horizon.

Downtown Tampa is such a vibrant area full of nightlife activities. Because of this, locals and tourists alike flock to the chief financial district of the city for an exhilarating night out. Eventually, with more people visiting the area, the crime rate significantly increased.

Reports showed that the violent crime rate in the district was at least 824% higher compared to the national average, making it part of the most dangerous neighborhoods in the city. So, if you’re a young family or perhaps a retiree, this might not be the best option for you.

Another busy district in Tampa is the Historic Ybor, a well-known spot because of its cultural roots and electrifying nightlife. People from all walks of life head to this bustling neighborhood to wander around its historical streets filled with amazing shops, good eateries, and lots of bars.

Despite its pulsating charms, it isn’t a very safe neighborhood in general. Just like Downtown, the crime rate here is quite high. Well, in fact, it is actually higher than the CBD at 955% of the national range! Because of the crime rate and the vivacious surroundings, this isn’t a suitable community to raise a family.

No one wants to be a victim of a violent crime, right? On the bright side, the area itself might be a good spot if you are visiting the place as a tourist to enjoy its charming surroundings. But in terms of permanent residency or retirement, you may look for other areas in the city. 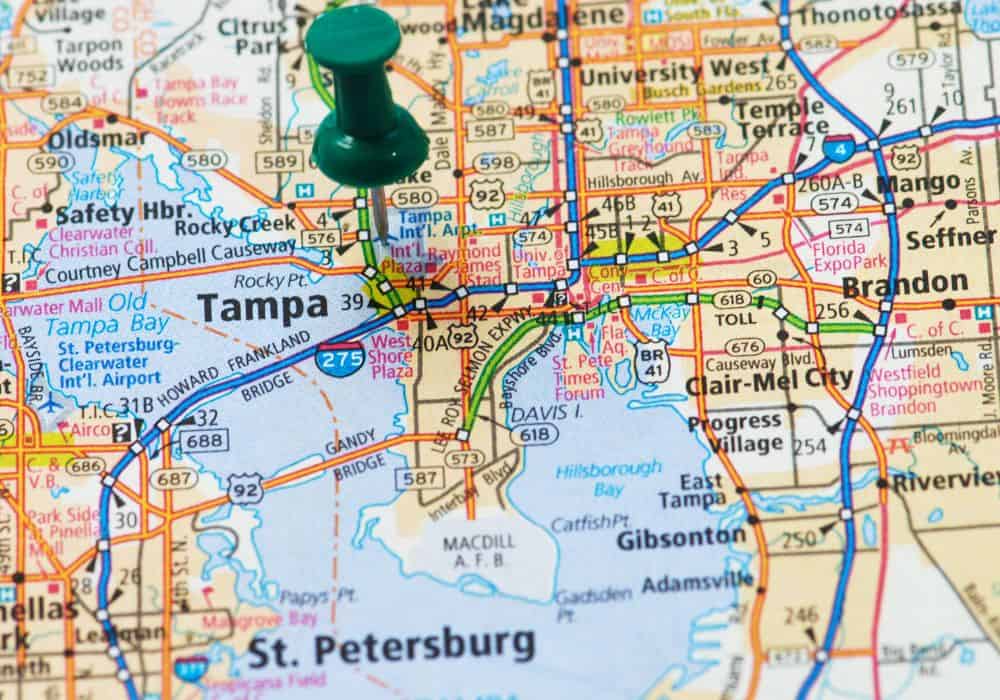 Bounded by major transportation lines, Highline Pines is another unappealing place for young families―though not for its location but rather its surging property crime rate. From burglaries to robberies, the community isn’t one of the safest neighborhoods in Tampa.

And a key complaint among residents is the sluggish response time from cops. One of the main reasons is the higher violent crimes in other areas, leaving this place often unattended by the Tampa Bay police authorities.

Aside from a significant percentage of property crimes, Highland Pines also suffers from a rough economy. With an unemployment rate of around 10.5% and a median income of just about $28,848. Thus, this is definitely a no-no if you want to thrive in your career.

Another thing to factor in is the fact that this spot is cornered by the Tampa Garden of Memories in the north. So, if you’re picky about having a cemetery and some busy streets within the neighborhood, then skip this place.

Drew Part is also part of the worst Tampa neighborhoods because of various reasons. First, this mixed-used community is in misery due to the high unemployment rate and scarcity of high-paying job opportunities. Its median income settles below $30,000, leaving young professionals doubtful about their savings.

The residential aspect is also not attractive, featuring insufficient and mostly deteriorating infrastructures. This is one of the main reasons for the growing criminal activities in the community. And with a median home price of around $94,540, it highlights the unfair ratio between the median income and home price.

Also, the neighborhood is a bad option for young people who want to own a house while raising a family. And before we forget, Drew Park is quite a crowded place in terms of visitors. It houses some famous sports arenas and stadiums such as George M. Steinbrenner Field and the Raymond James Stadium.

And on its western section is the Tampa International Airport, which means you’ll be hearing the sound of planes flying every day in your life. 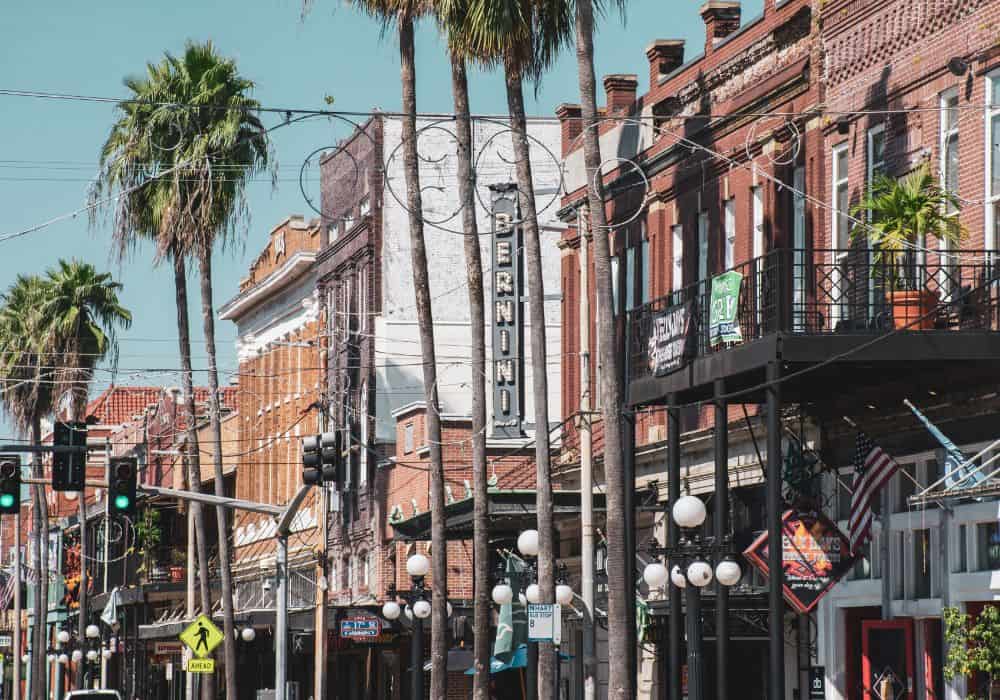 Situated just east of Historic Ybor, East Ybor may not be as populous but its poverty rate is quite upsetting. At least 26% of the total population fall below the median poverty line, which means the daily grind can be a challenge.

There are fewer jobs to cater to locals. And if there are available ones, these don’t pay really well. Residents also suffer from costly houses that are often priced at amounts beyond the medium income.

On another note, East Ybor is also largely influenced by the serious crime rate of its neighboring communities. The chance of becoming a victim of a crime is 1 in 12, which is relatively alarming.

Although this isn’t the most dangerous in terms of crime rate, Orient Park may be risky for young professionals. With an unemployment rate of 11.6%, finding a job that fits you might just be very difficult. There aren’t many opportunities in the community that would compensate for your needs.

Not only that, even if you come across a job that you love, it wouldn’t be enough to pay all your expenses. Why? It’s because the median income in this unincorporated community settles around $23,805, making it one of the lowest in the city.

And despite having a ‘park’ on its name, there aren’t many green spaces here. There are only a few parks around that may fascinate families and their children. So, if you’re looking for a progressive neighborhood with a great employment percentage, this isn’t for you.

From jam-packed nightlife to run-down structures, Ybor City is also considered an unsatisfactory place. There aren’t a lot of things to do here except for strolling around some vintage shops, check out indie eateries, and enjoying a drink from one of the many bars and clubs.

With these features at hand, the district is good for tourists who want to dive into its cultural charms and vibrant night scene―but definitely not for families raising children. And similar to other Ybor suburbs, it may be a dangerous place for residents.

It may have lesser crimes compared to the previously mentioned areas, but considering that Ybor communities have a closely-knitted past, this aspect can’t go unnoticed. And of course, the strings of nightclubs can cause a series of robberies and fights among hoods. 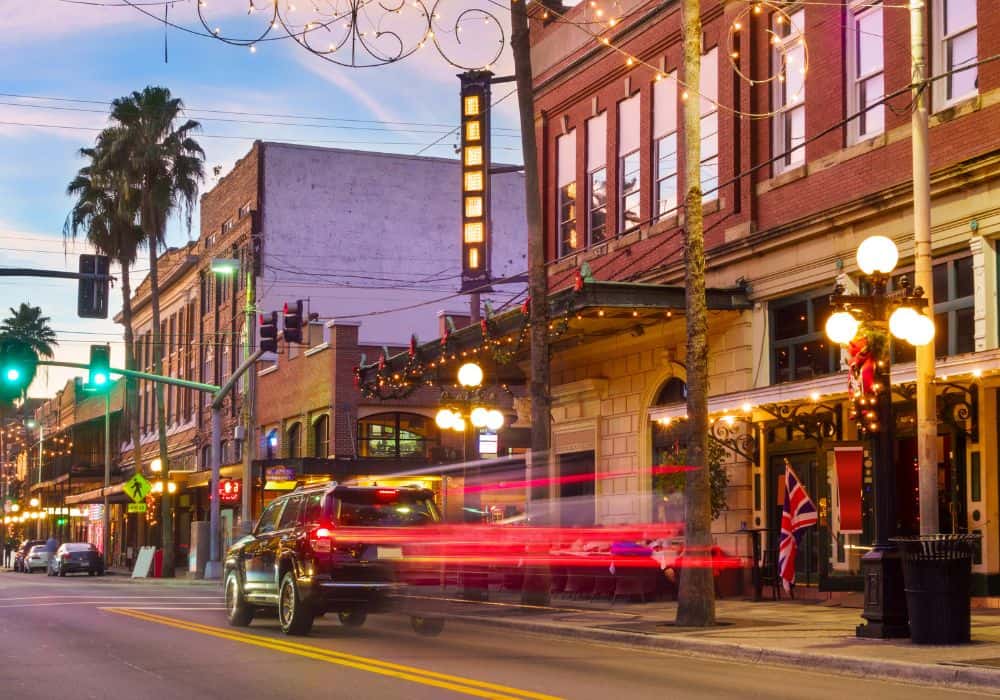 During its early settlement, Sulphur Springs were very abundant in sulfurous springs―hence its name. These natural attractions became very popular among tourists. Several hotels and recreational sites were developed, which helped the economy thrive up until the Great Depression.

Accordingly, the community wasn’t able to get back on track and eventually fell into the list of worst places to live in Tampa. Their commercial aspect is on a downhill trend, leading to a rising poverty rate. And unfortunately, this also resulted in a burgeoning number of poor people residing in the area.

Out of all the neighborhoods in our collection, Sulphur Springs is the most populated. Although it’s close to many remarkable attractions and amenities, many middle-class families still opt not to reside here because of the significant crimes year by year, including assault, robbery, and the like.

North Tampa also holds an infamous reputation as the worst neighborhood in Tampa because of its growing poverty percentage. And whenever we talk about poverty, this often intertwines with adverse consequences like homelessness and crimes.

But compared to the first three districts, the probability of becoming a crime victim is much lower. Also, it is bounded by US Hwy 41 on the west and E Busch Blvd on the south, which offers great transportation options. The place is also located close to the vibrant communities of Tampa Overlook and University Square.

Despite its small land size and low density, Florence still takes up a spot on our list. Located near North Tampa, this modest community has a surprising crime rate of 257% more than the city in general. These cover both violent and property crimes, which means you have to be very careful in your daily grind.

We all want a safe place for our family. Thus, it’s very important that you do your research beforehand so you won’t end up regretting your choices. Take into account different factors if ever you plan to reside in Tampa, FL, which is quite a big city. Know the crime rate, unemployment percentage, and living conditions.