Skip to content
Pip's Island » Copper vs PVC Pipe: Which is Better? 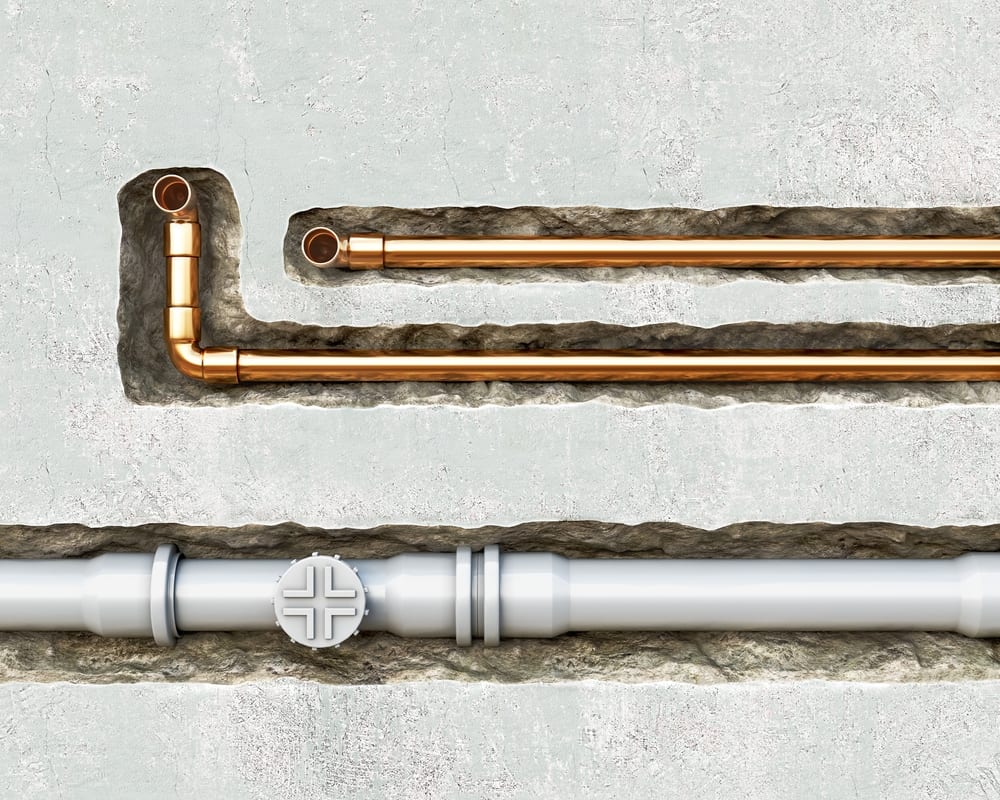 When deciding between copper pipe and PVC pipe, there are a few factors to consider. These include:

Depending on the parameters of your project, one material may work better than the other.

Copper pipe has a longer history and a greater reputation for durability, but it’s more expensive and runs into some issues with higher pressure. It’s also more difficult to install.

PVC pipes are cheaper and easier to use, but they have a low melting point and higher concern for chemical leaching. They’re poorly suited for outdoor use.

Keep reading to better understand which pipe is better.

At one point in history, copper was your only option for plumbing in your home. You see these pipes in many older homes, and those that took care of it can expect many more years of service.

Copper is a lot of things. It’s a naturally occurring metal that’s less expensive than its relatives, but it’s also strong and flexible. Copper pipes are a great choice for many plumbing applications, but you must have the right environment and budget.

Copper pipes are less common now and harder to maintain, but they have a long lifespan and beautiful appearance for those that need it. 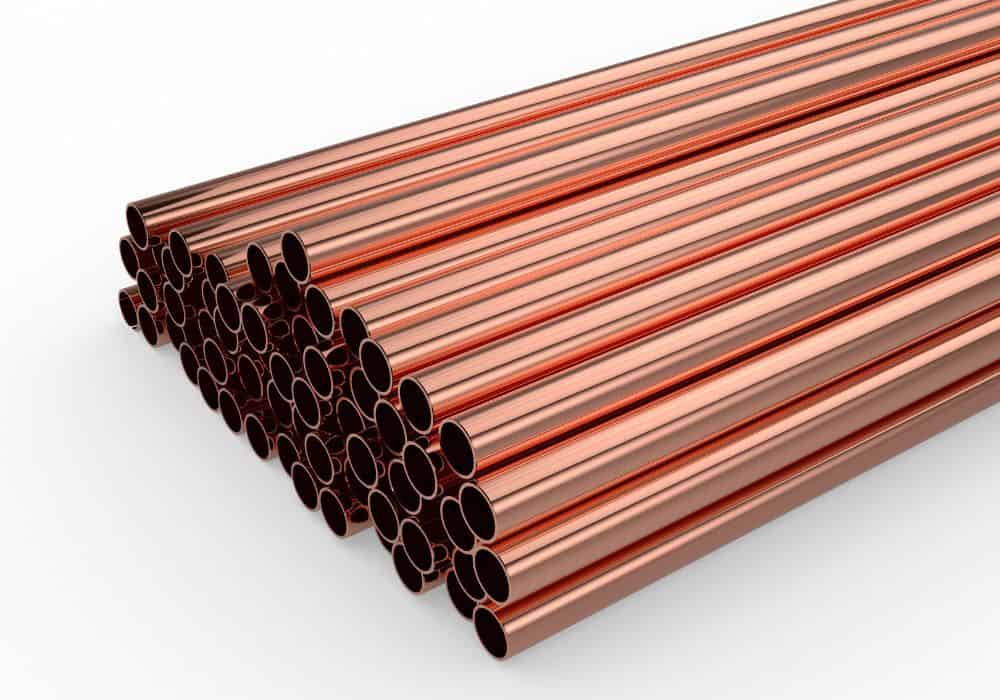 PVC (polyvinyl chloride) pipes are one of the most popular plumbing materials in use today, surpassing copper based on their ease and low cost. They’re relatively strong, lightweight, and easy to use.

While their acceptable use areas overlap, PVC is not always a suitable replacement for copper pipes. This material may work better than copper in some areas, but PVC doesn’t fit in tighter spaces and is not suitable for a water supply line.

PVC pipes also raise suspicions regarding the effects of plastic piping on health and the environment. Weighing the risks and benefits is important when deciding between PVC and other materials.

The most notable differences between copper and PVC pipes revolve around:

Copper and PVC pipes have vastly different structures that make them suitable for different situations, particularly when used in your home’s plumbing system. 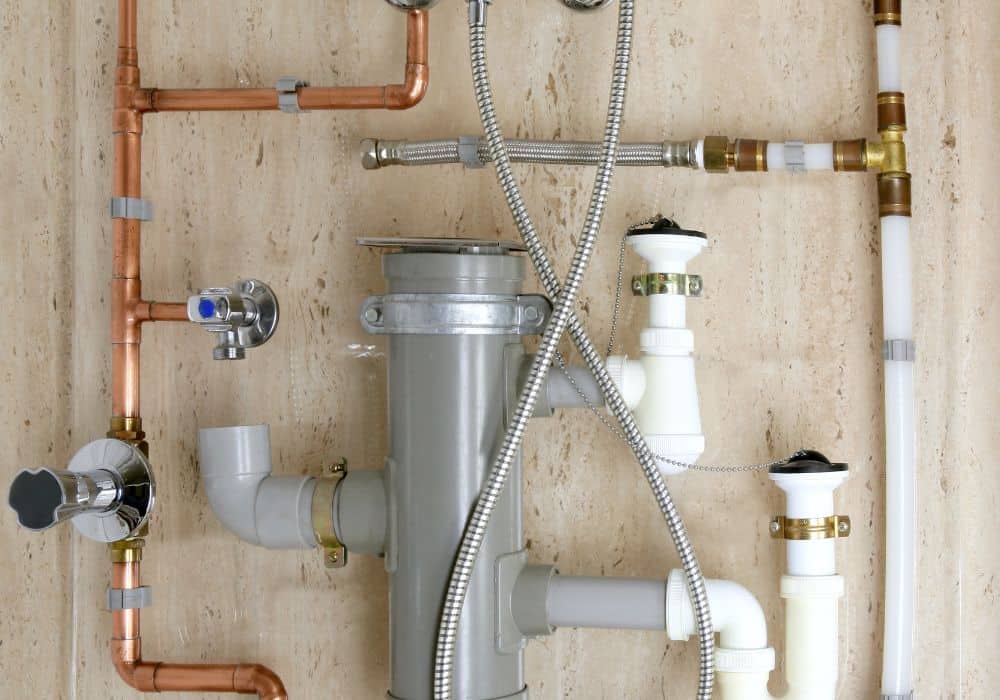 Copper pipes have a proven record of lasting at least 70 years when taken care of. Some installations, though more rare, exceed 100 years of use and upkeep.

Copper is a flexible material that holds up against vibration damage, and these pipes are a common choice for earthquake zones. They’re also suitable for outdoor installation or in areas where UV exposure is imminent.

PVC pipes are thicker and handle impact or abrasions with greater ease. While they’ve only been in use for a few decades, some estimate that they can last just as long as copper pipes.

Still, PVC pipes are more likely to fail prematurely. While copper pipes join with soldering, the cement solvent that bonds PVC doesn’t last nearly as long. This leads to leaks over time, often before the PVC pipe is compromised.

Plastic materials such as PVC hold up remarkably well against acidic water and corrosive material. PVC pipes do not react with air and water like metal does, and you can transport most materials without worrying about this issue.

PVC cannot transfer materials such as:

The plastic is likely to absorb such materials, causing it to swell and compromising its strength.

Copper pipes are more resistant to chlorine than PVC pipes are, making them a more suitable choice for certain municipal water conditions.

A common issue with copper pipes is how they react to certain water levels. Acidic water supplies increase copper leaching, whereas alkaline water contains minerals likely to cause buildup in copper pipes.

Copper metal reacts with air in water in certain ways that cause pinholes that compromise pipe integrity. These only get worse with time, and it’s more difficult to fix with a copper pipe.

Copper pipes have a wider suitable temperature range, and they work best with material between 77° and 302° Fahrenheit.

Copper is poorly suited to use in cold conditions, especially areas where pipe materials may freeze and thaw quickly. Copper walls are thinner than other materials, and the rapid expansion makes them prone to bursting.

Copper pipes should be insulated to prevent loss of energy and protect them from lower temperatures.

PVC pipes do not hold up well to high temperatures, and they have a suitable temperature range of 33° to 140° Fahrenheit. While they’re less likely to fail if frozen, they’re still not the best choice for freeze-thaw conditions.

The plastic material has a low melting point, and it will release toxic fumes when melting. Hot water in most homes caps at 140° Fahrenheit, but this leaves little room for error and may be catastrophic in a house fire.

With these differences in mind, Copper pipes are often used for:

PVC pipes have a more limited range of use. It must meet the proper NSF rating for drinking water lines, but can otherwise be used for:

CPVC, a variation of PVC with a higher chlorine content, can be used in higher temperature settings. 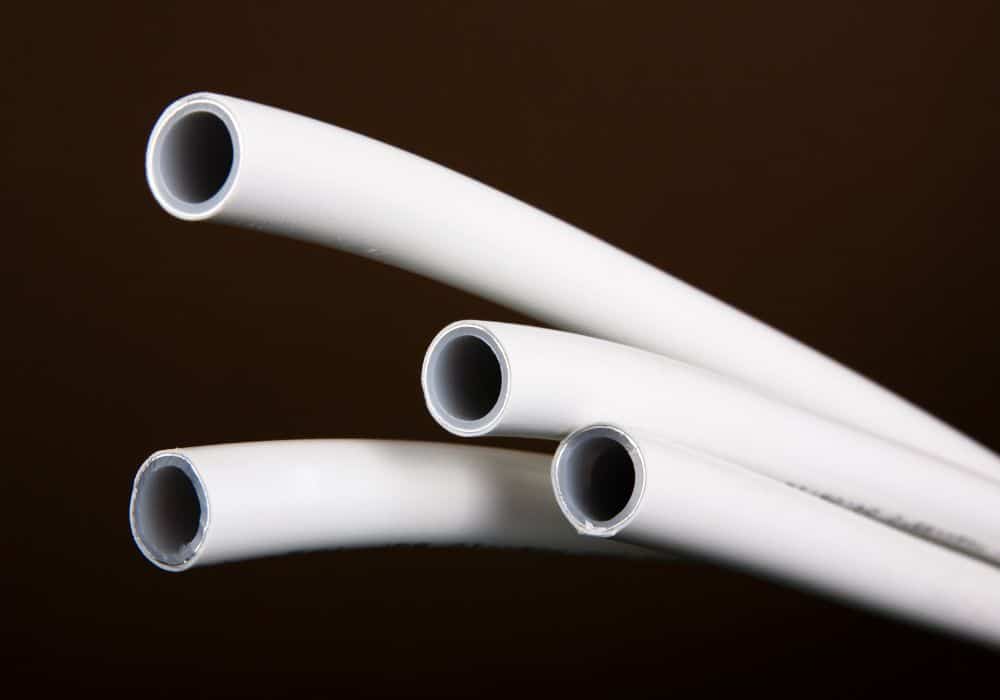 Both copper pipes and PVC pipes may leach, evident by a metallic or plasticky taste.

Copper hosts fewer concerns of leaching, and it is a naturally occurring mineral that is essential to proper development. The material is resistant to bacteria growth, protecting water supplies from contamination.

Abnormal copper intake (anything over 2 mg per day) will likely manifest as gastrointestinal issues. Long-term consumption may lead to:

Those with preexisting conditions that increase copper absorptions, such as Wilson’s or Menke’s Disease, are more at risk.

PVC pipes run a higher risk of chemical contamination. One study shows that homes built before 1977 with PVC pipes had higher than the maximum allowed level of contamination.

More modern PVC must meet certain standards to combat contamination, but they still include suspect materials (such as phthalates and BPA) known to cause damage to the brain, liver, and reproductive systems.

While adults hold up well against short term exposure, infants and younger children are more susceptible to irreversible changes.

Copper has a better reputation for its environmental impacts.

The mining and manufacturing of copper pipes may be more impactful than that of PVC, but that’s where it ends. Once copper is extracted, it’s wholly recyclable. Disposing of copper is also safer than disposing of PVC.

PVC piping may be recycled depending on your location and the condition of the pipe, but the process is more harmful than that for recycling copper. Solvents muddy up the acceptable material.

PVC contains additives that release hydrochloric acid and heavy metals, such as lead, when disposed of. Burning PVC, either through disposable or unfortunate circumstances, releases harmful chemicals into the air and poses a threat to respiratory health.

7. Ease of Installation and Repairs

PVC is easier to install and repair than copper pipes are, especially for amateurs or DIYers. All you need to do is cut your pipe, prime the materials, and fit them together with a joint compound.

Copper pipe must be bent or soldered to its joints. While it fits better in small spaces, it’s more labor intensive to get your pipe just as you need it.

Copper pipe is also more difficult to repair. Damaged areas of PVC pipe can be cut out and replaced with another pipe and couplings. The surrounding area is usually larger and offers more room to work.

Problem areas in copper pipes, especially those in smaller areas, are difficult to cut out and replace.

If you’re paying for a professional plumber to install, you’re likely to pay more for the expertise and time of a plumber installing copper pipes.

Copper is also an attractive material for thieves who want to sell the material. While the pipes hold up to outdoor conditions, they may not outlast determined thieves with pipe cutters.

When choosing between copper pipe and PVC pipes, evaluate the conditions of your project and choose the material that works better for you.

Those on a budget should do fine with PVC pipe as long as they aren’t working with hot materials, installing pipe in direct sunlight, and understand the hazards to human health and the environment.

Copper pipe works better for high-temperature situations, and it has a more aesthetic appearance if your piping is exposed. It’s a more sustainable material, but poorly suited to the transportation of corrosive material or freezing temperatures.

Need help choosing between copper and PVC pipes for your project? Comment with any questions or concerns!