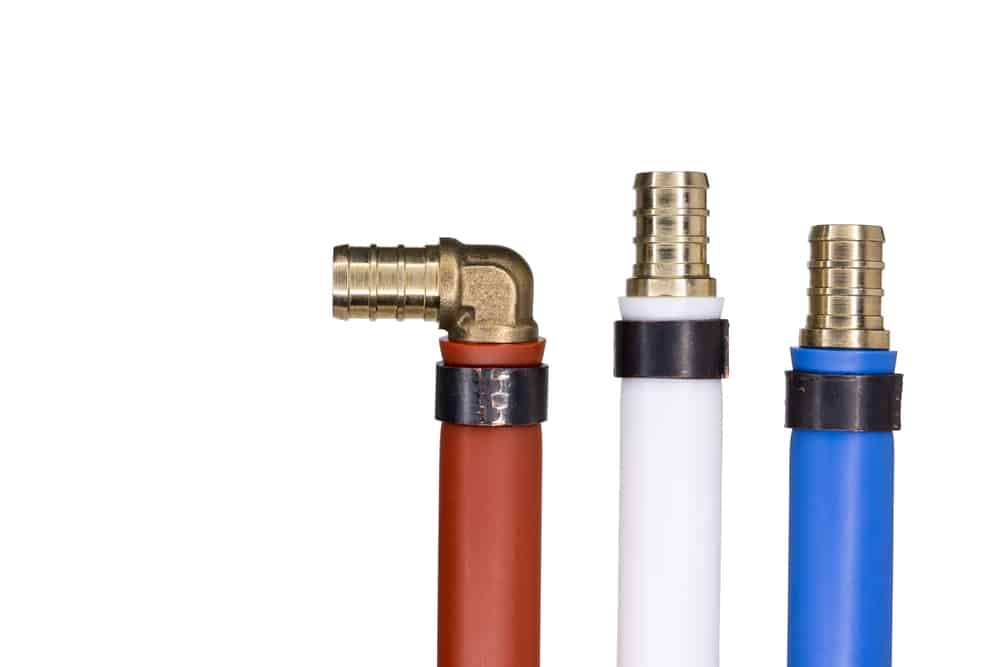 PEX pipes have been rapidly growing in popularity among both homeowners and contractors in the past two decades and for good reasons. A mainstay in Europe since the 1980s, PEX made its way across the pond a bit later but is now used everywhere and by everyone.

What makes PEX pipes so great, however, what are their pros and cons, and how long does PEX pipe plumbing last? Let’s explore all the details below.

What are PEX pipes?

PEX pipes or PEX tubing are a type of plastic pipes similar to PVC pipes and CPVC pipes but with a slightly different makeup. Made out of cross-linked polyethylene, hence the name PEX, these pipes were first invented in 1968 by the German scientist Thomas Engel who found a way to cross-link common polyethylene (plastic) with radiation to make it much more supple.

Soon after his discovery, PEX pipes started making their way into construction work across Europe in the 1980s, mostly in radiant floor heating systems – these are systems in which the PEX pipes go through the center of concrete slabs and heat them with the hot water running through the pipes.

PEX pipes are popular in radiant heating systems to this day but it took a little while after the 1980s for this plastic tubing to be used for anything else, especially in the US. That’s because the earlier version of PEX tubing used to deteriorate rather quickly when exposed to high chlorine contents in water. 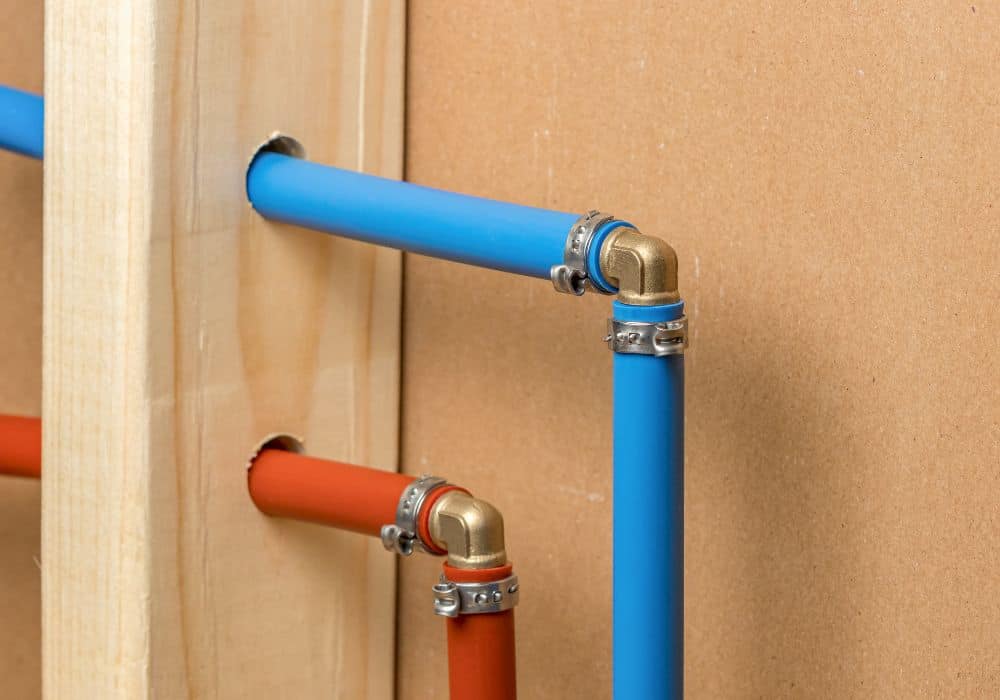 This meant that a slight plastic taste would start being noticeable when PEX pipes were used for water supply lines in the US as chlorine levels in US water are higher than in Europe. That was obviously unacceptable so PEX remained rarely used outside of heating for a while.

All that changed when the manufacturing process of PEX pipes was improved with the addition of antioxidants in PEX. This has helped PEX pipes handle chloride without deteriorating and now PEX pipes are used in the US as well as in Europe as water lines to showers, sinks, tubs, and other plumbing fixtures.

But does this mean that PEX pipes are a suitable replacement for other types of pipes or do they have other drawbacks? Should you replace your copper or steel drain with a PEX pipe the next time you’re doing repairs or not?  To find out, let’s first go over the few different types of PEX pipes and their individual specifics.

There are three main types of PEX tubing with the differences between them depending on the exact way they were manufactured. There are a few other sub-types too, usually color-coded based on whether the pipe is intended for hot or cold water lines. Let’s go over the base 3 types first, however:

This type of PEX is made using peroxide in the manufacturing process. This makes PEX-A the most flexible type of PEX and it’s why this type of PEX is ideal for most in-walls plumbing that requires a lot of twists and turns without extra connectors and joints.

PEX-A is also the best type of PEX in terms of expanding and contracting with freezing water temperatures. In other words, PEX-A pipes have the best durability in frigid temperatures and have the least risk of cracks and leaks. That’s also why PEX-A pipes are the most expensive type and are about x2 more costly than the next two types.

PEX-B tubes are created via a moisture-cure method that also gives them impressive flexibility just not quite as much as that of PEX-A. Unlike their more expensive counterparts, PEX-B pipes have a noticeable “coil memory” which means that the tubes will keep trying to coil back up during the installation process. This is rarely an issue, however, as once they are put in their place properly, they will stay there.

In terms of expanding when the water nearly freezes, PEX-B pipes are still pipe materials, just not quite to the level of PEX-A. This second type is usually the preferred choice of plumbers for PEX plumbing as they are good enough for the jobs they are needed for but are noticeably more affordable than the PEX-A type.

The final and most affordable main type of PEX plumbing is PEX-C pipes. These pipes are manufactured via an irradiation method which means that they aren’t as flexible as A and B PEX pipes. In essence – they are pretty stiff which isn’t ideal the pipe is going to need to make turns in the installation. That stiffness also means that PEX-C pipes are at a higher risk of cracking with cold water flowing through them.

At the same time, PEX-C pipes are also about x2 times more affordable than PEX-A pipes. So, if you know that the pipes won’t need to operate in near-freezing temperatures and won’t need to make twists and turns, you can save some money with this type of PEX.

Other types of PEX pipes 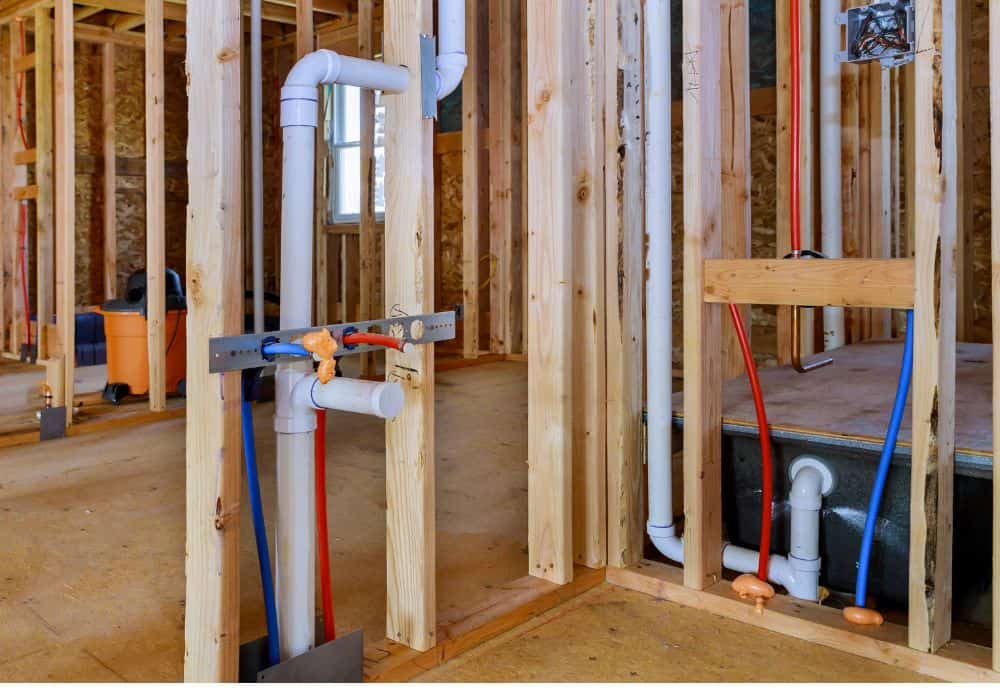 Aside from their manufacturing process and the corresponding type – which should always be mentioned on the label – PEX pipes are also color-coded based on what type of use they are intended for. There are 4 main colors you’ll encounter:

The difference between these 4 colors is in certain additional components that make them more suitable for either hot or cold water.

How long does PEX pipe last?

So, how long does PEX pipe last, depending on the type? Well, the good news is that pretty much all PEX pipes have an expected lifetime of up to 50 years with good maintenance almost regardless of their type.

PEX-A can be said to have longer lifespans due to their lower risk of cracking but PEX-C pipes aren’t meant to be used with freezing water anyway so that wouldn’t qualify as “good maintenance” anyway.

Depending on the type and manufacturer, you can expect to get a 10-year warranty but that doesn’t mean that the pipes are going to go bad after that. If they are installed well and used for what they are intended, they can last as long as copper pipes.

Pros and Cons of PEX pipes

So, to determine how PEX pipes compare to copper pipes and other metal and plastic types of pipes, let’s explore their pros and cons:

1. PEX pipes are resistant to mineral build-up from hard water

The common copper pipes are very vulnerable to mineral build-up such as electrolysis and limescale inside the pipes. This isn’t an issue with PEX pipes.

2. They include no toxic chemicals such as BPA

Unlike ABS pipes and like PVC pipes, PEX doesn’t include any BPA. Certain animal studies have shown BPA to have negative health effects even though it’s seen as ok by most regulators.

The big issue with installing metal and other rigid pipes is that you have to add joints and connectors at every turn – that’s much less of an issue with PEX as these pipes are flexible enough to just turn at 90 degrees and not require joints. This both makes the installation process much easier and reduces the risk of leaks.

4. PEX is more resistant to freeze-cracking than copper and steel

As PEX expands under cold temperatures, it’s very resistant to freeze-cracking – something that can’t be said about metal pipes.

5. PEX is resistant to corrosion

This is a benefit all non-metal pipes share and PEX is no exception.

6. Can be connected to existing metal plumbing systems

Another factor that makes PEX awesome for repairs is that you can just repair a broken copper or galvanized steel section with PEX and leave the rest of the metal pipes there too. 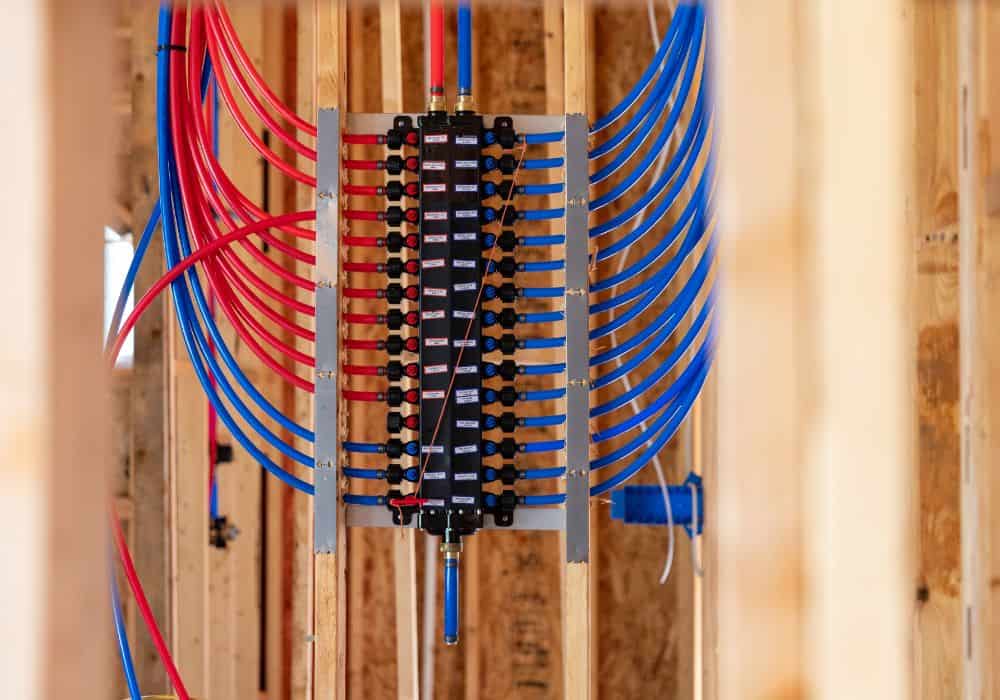 One of the big downsides to always consider is that PEX pipes quickly deteriorate with exposure to UV light. They are similar to ABS pipes in that regard and different from PVC pipes that can withstand sunlight without an issue.

2. Can be easily destroyed by rodents

Direct physical damage is another of the few disadvantages of PEX. If there are rodents such as rats in your area, thin plastic pipes can easily burst or at least suffer pinhole leaks after bites and other physical damage from rodents.

3. The chloride resistance may be temporary

There are studies showing that the antioxidants added to PEX to make it resistant to high chloride contents in water may not have that long of a lifespan. That’s because the antioxidants added to PEX tubing during the manufacturing process are believed to be “sacrificial”, i.e. their quantity in the PEX decreases with more and more exposure to chloride.

So, such studies are showing that certain compounds can still start leaking in people’s drinking water from PEX pipes after a few years of heavy chloride exposure. That’s why some specialists recommend that PEX pipes not be used for drinking water lines even if the general consensus nowadays is that they are good enough for that.

In conclusion – how long does PEX pipe last?

Whether you’re doing renovations or new construction, PEX pipes seem like a good choice for most jobs in a plumbing system.

Aside from areas where they would be exposed to direct sunlight, PEX pipes are easy to install, affordable, and have a very long expected lifespan of several decades and up to half a century. So, they definitely seem worth considering for your construction or remodeling project.