Skip to content
Pip's Island » How to Tell If Sewer Pipe is Leaking? (13 Warning Signs) 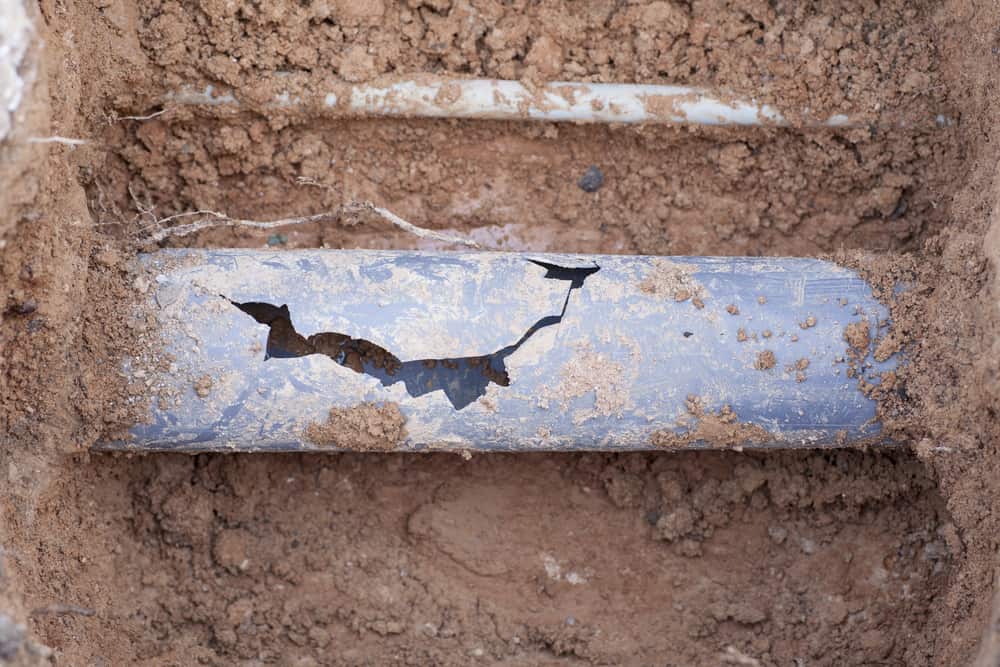 Are you worried that there may be a leaking sewer pipe at your home? There are some telltale signs of sewer leakages that may help you to detect the source of the leak before it turns into a major problem. Hidden sewer leaks can be expensive to repair but even more costly to ignore.

While you might think that a leak in a sewage pipe is bad enough, it can lead to an even bigger issue if left unattended. A burst sewer pipe. If the leak turns into a burst pipe, then you will face an expensive repair bill.

Read on to find out what signs to look out for if you suspect a leaking sewer pipe.

What is Meant by Sewer Pipe?

Sewer pipes are conduits for the elimination of waste. They come in a variety of materials and sizes. The main purpose of the main sewer line is to move sewage and wastewater from commercial buildings and homes through the sewer system. Over time, they can leak because of decay or damage.

The sewer pipes at your home are part of the larger sewage system that can spread across entire cities. The transport of wastewater is often done using gravity where the sewage flows from smaller to larger pipes in a constant flow towards a waste treatment plant. In low-lying areas, lift stations might be needed to pump the wastewater forward.

What Materials Are Used in Sewer Pipes?

There are a variety of materials used to make sewer pipes. In older sewage lines, the pipes are most often made of clay or cast iron. In newer plumbing systems, the pipes are more likely to be PVC or ABS. Piping called Orangeburg was used from the 1860s until the 1970s.

How to Tell if Sewer Pipe is Leaking? 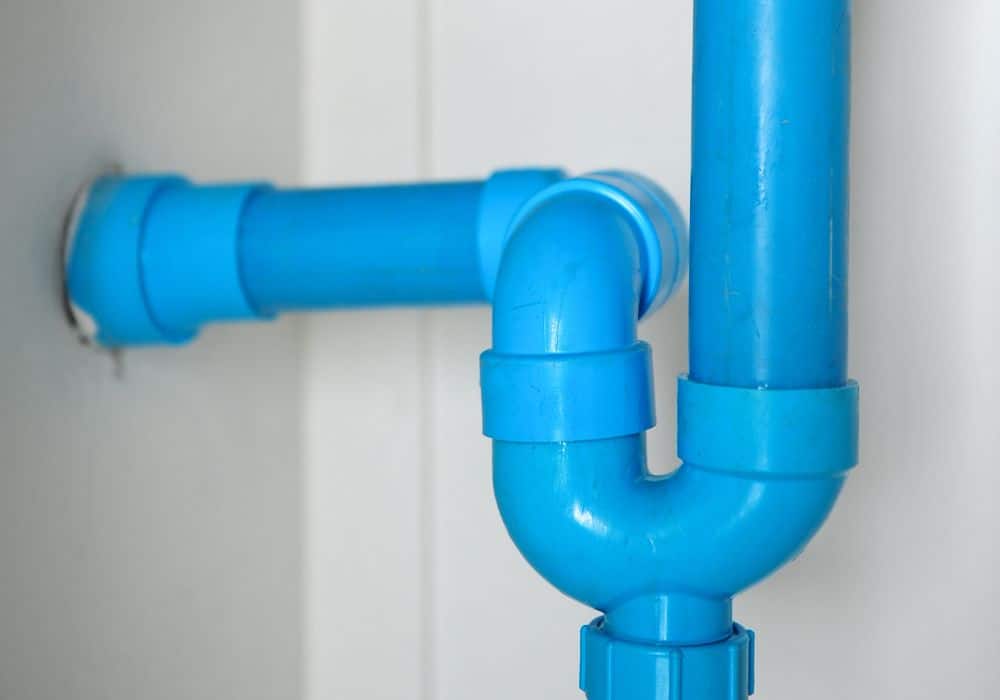 No homeowner wants to deal with a sewage pipe leak, which can be not only smelly but costly, too. However, if you catch the leak early, you can prevent a messy and potentially expensive ordeal.

Because many homeowners are not aware of the signs that may mean you have a leaking sewer pipe, the issue has often had time to escalate before it is detected. Below you will find the warning signs to watch out for that could protect your home. And wallet.

1. The Floor is Damp

Have you noticed an area where your floor feels spongy and moist? This is often a sign of a leak in your plumbing system. Pipes run throughout your home, including under the floors, and a leak causes moisture in the area when the water pools and rises through your floorboards. Over time, this leads to damage, discoloration, and mildew or mold.

2. Your Pipes Are Noisy

Does it often sound like the water is running in the pipes despite all taps being turned off? Hearing a constant noise in the pipes is likely to be a sign of a leak. This is even more likely if you can hear trickling sounds in the ceiling or inside your walls.

3. You Have Noticed Cracks in Your Foundation

When pipes leak it will result in pools of water under your floorboards. It becomes harder for the foundation to sit firmly when the materials become saturated with water. When the floor begins to shift, it will cause cracks in the foundation. Outside, a leaking sewage line can cause concrete sidewalks, driveways, and patio floorings to buckle.

4. There is an Unpleasant Smell

The escaped water, when left unchecked, can lead to fungal growth. This growth often comes with an unpleasant smell so if you notice a smell in your home, especially if combined with a soft spot in a floor or a wall, then it is time to check the area for leaks. Fungal growth can cause allergic reactions so should be addressed quickly.

Is there an area in your garden that keeps overgrowing? This could be a sign that there is a build-up of water somewhere from a leaking pipe. However, it is not necessarily from the sewage system as gutters that are not working properly can result in the same issue.

If the problem is in the underground pipes, look for wet patches or areas of sunken ground in your garden. 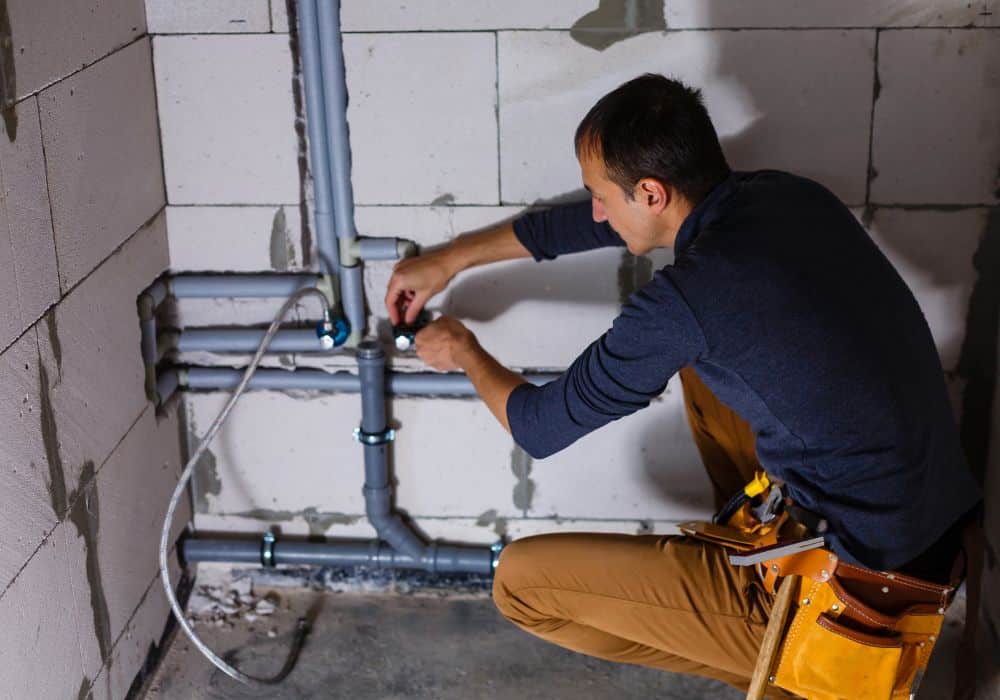 6. You Have Problems With Rats

Unfortunately, a leaking sewer line can lead to a problem with rats. These pests are attracted to odors from leaking sewer lines. They have a keen sense of smell and are likely to arrive at the scene before you have detected the problem. While their presence can be due to other factors, if you see rodents in your garden, check your pipes.

When you have closed all the faucets in your home and no water-using appliances are in use, the water meter should sit at zero. If your water meter‘s needle is moving when it shouldn’t, this can be a sign of a sewer leak. It may also relate to another leak in the system or your toilet, but whatever the reason, you want to sort it out.

8. Your Water Bill is Higher Than Usual

Not only can leaks cause damage to the foundations of your home if left unchecked for a long time, but they can also result in higher water bills. If you have noticed an unaccounted spike in your water bill, it could be a sign of a leak.

However, water usage can go up seasonally, for example, during hot summers, so account for that when checking the bill.

9. Discoloration on Your Walls

Often, minor leaks can go undetected behind walls for months. However, if you notice damp spots or discoloration such as dark rings, you are likely to have a leaking pipe. You may also notice your paint peeling or bubbling. If you have wallpaper on the walls, that too can bubble or look uneven if there is a leaking pipe behind it.

Have you noticed a drop in your water pressure, for example, when taking a shower or doing the washing up? This could be a sign that there is a leak in your drains or it could be an issue in the municipal water supply. However, if the pressure is low at every tap, or the water takes longer to drain, it can be a sign of a leak in the mainline.

11. You Have Excess Water Pooling Outside

It is normal for puddles to form after heavy downpours. However, these puddles evaporate over time. If you notice puddles forming when it hasn’t been raining, or not evaporating, it could be a sign of a hidden sewage leak or another issue with your drainage system. A sudden change in the elevation of your lawn can also be a sign of a collapsed sewage pipe.

12. Changes in The Color of The Water

If the water coming out of your taps is no longer clear but discolored, it could be a sign of a leak. When the water turns green, yellow, or brown, you should inspect your pipes. While it doesn’t necessarily mean there is a leak in the sewer pipes, it may be caused by the rust in your plumbing system, which also needs addressing.

One of the surest ways to detect any leaks is to inspect the pipes in your home. Regular inspections will help you to uncover issues while they are still easy to fix. By checking the pipes under the sink or the bath, for example, you may be able to spot signs of sewer leaks. Wear on your pipes can eventually allow water to leak through.

What to Do if You See Signs of a Possible Sewer Pipe Leak? 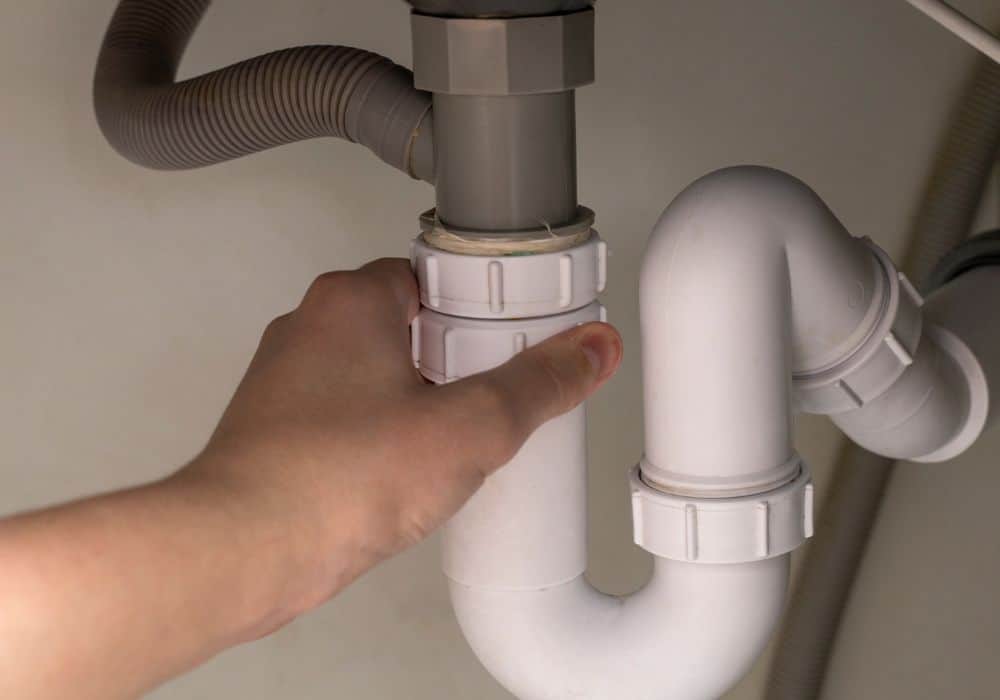 If you see one or several of the signs listed above, it is best to investigate your pipes without a delay. You can check your pipes yourself or perhaps you would like to consult a professional plumber. Speaking to a professional has the advantage that they will be able to let you know the extent and cost of repairs needed.

We hope the symptoms from a leaking pipe listed in this article have helped you determine if you have a leaking sewer pipe. To recap signs of potential leaks, we recommend this video. If in doubt, hire a contractor to inspect your pipes.

Is there anything else you would like to ask us about leaking sewer pipes? You can write your questions in the comments section.