During the chilly winter season, when you’re enjoying the coziness of your house and sipping a hot drink, a frozen drain pipe can be an absolute nuisance. Without a doubt, frozen water lines or drain pipes are one of the most menacing plumbing system problems because they can easily put the whole house on hold and hamper normal day-to-day functioning.

But if you’re facing a frozen pipe, do not worry; we have your back. In this article, we are going to discuss different ways through which you can thaw out a frozen drain pipe safely.

Why do The Drain Pipes Actually Freeze?

Before we get into the details of what happens and how you can efficiently counter it, it is essential to understand why such a thing would happen at all. Well, nobody gets excited at the thought of frozen water pipes, but once in a while, we all have to tackle this menace.

There are various reasons responsible for freezing your drain pipes, and temperature drops are definitely on top of the list. However, there could be other reasons, for instance, faulty or damaged insulation around the drain pipe, a crack within the pipe, or merely a lack of water flow through the exposed pipe. Although, it can be nearly impossible to find out the cause of a frozen drain pope.

What Happens When the Drain Pipes Freeze?

What’s even more problematic is that you can’t simply wait it out and let the frozen drain pipe thaw on its own. This is because there is a high risk of the pipe getting ruptured due to the ice-pressure building up over time. During freezing, the water undergoes natural expansion, and this ultimately leads to the pipes getting blocked. If more water is in the drain, there will be bigger ice blocks, resulting in more significant damage.

If you let the blockage stay as it is or wait it out to thaw, you would risk more damage to the pipes. This is because as more and more water keeps solidifying into ice, there will be an imminent risk of eruption in the drain pipes that will definitely destroy the popes and may even lead to flooding.

How to Thaw a Drain Pipe Efficiently

Before we start spilling all the beans about how to tackle frozen drain pipes, it is crucial to avoid these two things:

It is also important to be well aware of your house’s primary water supply shut-off points before you begin working on this project. This will enable you to act quickly in case you need to shut off the water supply to minimize any type of damage from a leak.

Now that you know all the basics, it’s time to understand how to resolve a frozen and blocked drain pipe without causing any damage. 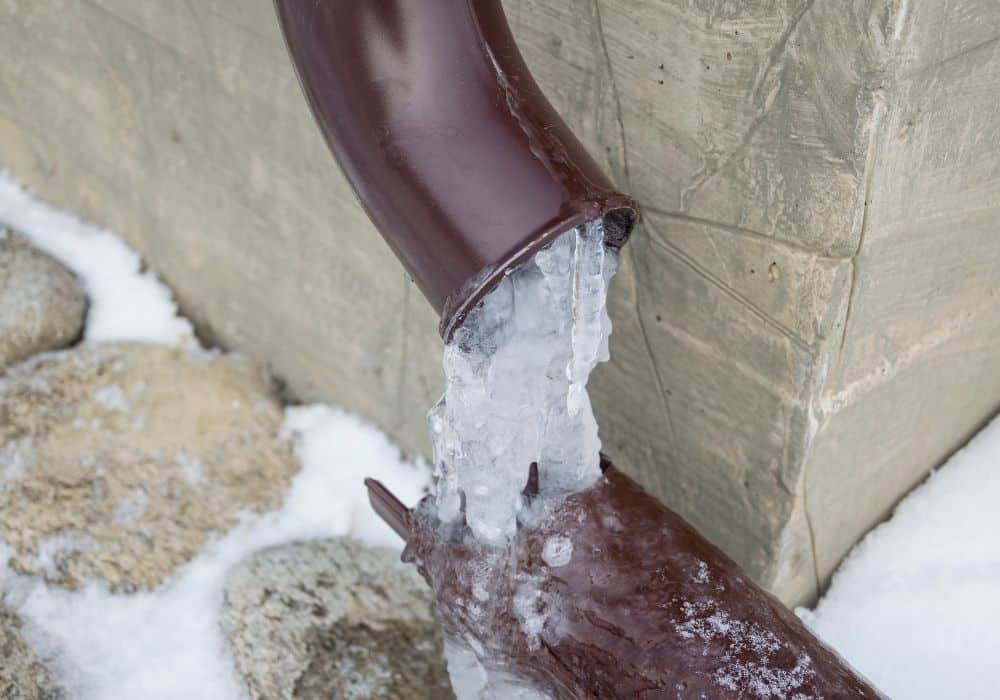 1. Go for the Gradual Heating Strategy

The trap is often the primary troublemaker when you have a blocked drain pipe due to frozen water. One of the simplest things to do is to get the trap to warm up, and it would eventually help gradually heat up the drain pipe. Although, you need to stay cautious about avoiding extreme heat instantly because it can result in damage to the pipe.

The best strategy is to heat the frozen drain pipe consistently but gradually. For this purpose, you may use an electrical appliance (e.g., a space heater or hair dryer). Stay cautious while heating the drain pipe because if you end up placing the heating appliances too close to the pipe, it can result in unnecessary damage to the drain pipe once again.

But what if you do not have a hair dryer or a heater? Well, there’s no need to fret about it because you can still pursue the route of gradual heating by using a hot towel or a heating pad. Before you place the hot towel near the drain pipe, wring it out thoroughly and then wrap it around the pipe. The process can take up to half an hour or a little more, but you shouldn’t rush it. Once the towel or heater has been in the recommended positions, you can take them off and repeat the process.

Another alternative is getting some electric heat tape. It’s mainly a ribbon-shaped device that you can conveniently wrap around the drain pipe with the heating elements. Once you have wrapped it securely, you can start gradually warming up the drain pipes. The temperature can be adjusted with the thermostat.

As we mentioned earlier, any kind of quick heating method isn’t recommended. For instance, heat guns or propane torches can be hazardous and run a high risk of starting a fire, but that’s not the only drawback because it can also lead to the breakage of drain pipes or may cause a crack. The quick heating methods may seem like a time-saving strategy, but they would really increase your task list and cause more damage than repair.

Let’s say that you neither have access to the electrical appliances to help with the gradual heating strategy nor do you feel like going down the ‘hot towel’ route. Another simple alternative could be pouring some boiling water down the drain pipe. But stay very careful while performing this task because the boiling water can sometimes flush back and up out of the drain pipe (depending on where the blockage is), and this may cause you some physical injury.

When you’re boiling the water for this intervention, ensure that you have ample hot water supply to not only may way through the ice but also to unfreeze the drain. Be aware of the risk involved in this process because it is quite possible that the boiling water remains unable to make its way through the ice, and instead of helping the situation, it worsens the whole thing by becoming part of the blocked ice.

3. A Little Salt Can Go a Long Way

If you have tried your luck with the above two strategies and still haven’t seen any results, this strategy may come in handy. Although if nothing works, there won’t be another way except to call a professional plumber.

We all have seen big trucks spreading salt around the ice during winter. Salt is helpful in melting ice because it lowers the freezing point of water. You can employ the same logic when trying to resolve a frozen drain. Although there may not be any instant results, you will definitely see fruitful outcomes after a while. 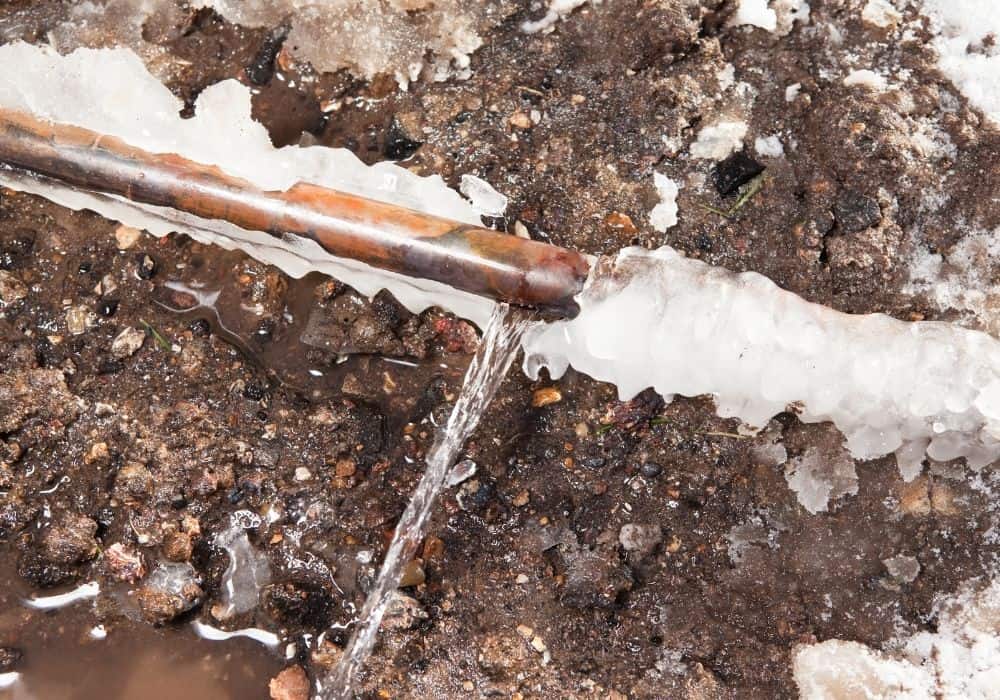 What If the Frozen Drain Pipe has Already Burst?

One of the worst things that can happen in the case of a frozen drain pipe is if the drain pipe bursts out due to mounting pressure. However, you need to stay prepared to handle the situation efficiently.

So, if the drain pipe bursts, you first need to rush to the main water supply line on your property and shut it off. This will prevent any further damage from leakage or flooding in the house. The next step should be to turn off all the electricity sources near the damaged drain pipe. This is an important precautionary measure.

Usually, with damaged drain pipes, there is a high risk of leakage in your house, which can ultimately lead to dampness, flooding, and mold. In such a situation, you have no option but to call professionals to intervene and repair the damaged drain pipe to stop any further leakage.

They will be able to figure out the main reason and source of the blockage and handle it efficiently. One of the great things about having professional help is that they will not merely fix the issue for you but also share some precautions to help you avoid a similar issue in the future.