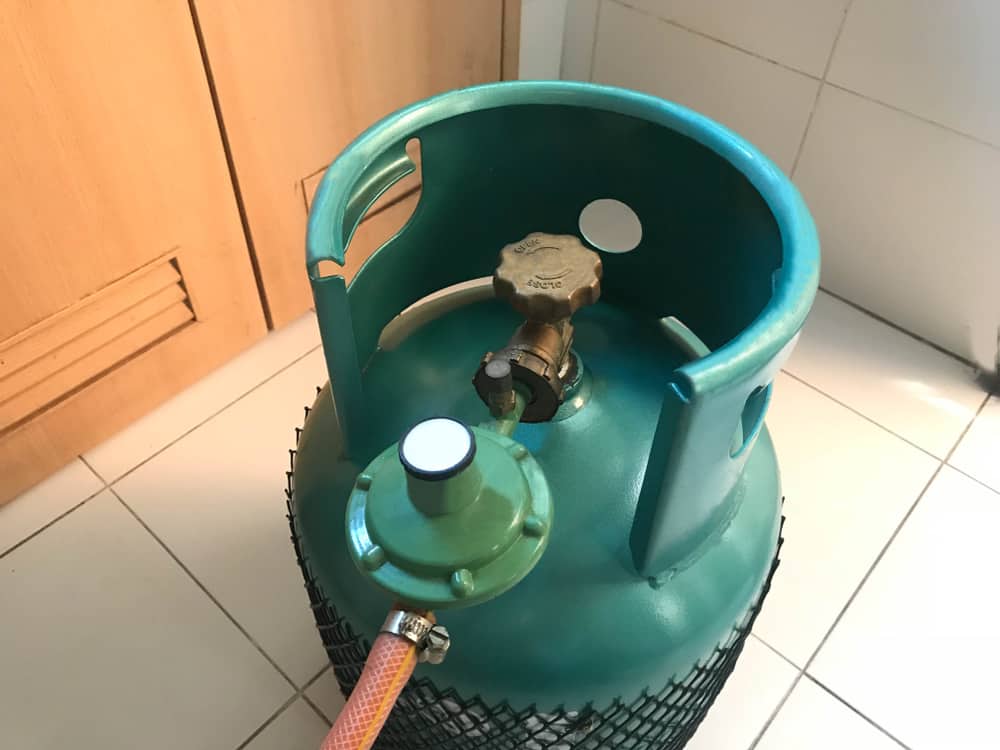 Is your propane regulator vent hole leaking? If that’s the case, we’ll help you determine the causes and provide solutions to this problem.

Generally, leaks from propane regulator vent holes are harmful and must be fixed immediately. Therefore, the fastest action you can take is to switch off the system before replacing the propane regulator as soon as possible.

There are several significant elements to consider, such as identification, immediate solutions, or replacement expenses. Let’s guide you through all the info you need.

What is a Regulator Vent For?

A propane regulator safeguards part of the propane-gas grill assembly. And as its name states, it regulates the gas flow going to the grill.

When pressure is too high, the propane regulator helps the system “breathe.” However, some propane may escape via the vent hole when the regulator reduces pressure.

The vent is present to function as a fail-safe to prevent excess pressure from entering the system. If the vent hole often leaks gas, this is a big problem that needs fixing asap. 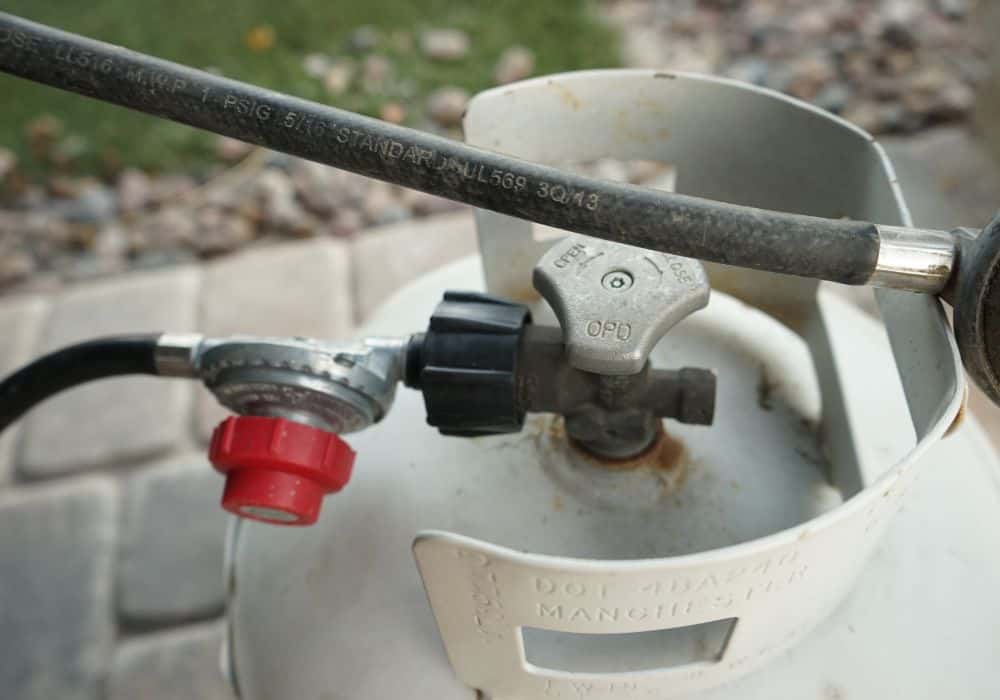 When Should Propane be released from a Regulator Vent Hole?

Generally, this shouldn’t happen unless there’s a pressure build-up on your system. So if you’re smelling the gas, that’s not a good sign. It means that something isn’t functioning correctly with the regulator, and something might’ve caused the leak.

Numerous factors might cause propane regulators to malfunction, but it’s usually just an issue of wearing down over time. As a gas regulator ages, problems with the propane tank gas regulator may arise. Also, the gas hose may break and deteriorate with time.

But of course, it can also be due to other issues like high pressure or corrosion from high humidity or water. If leaks occur because of these, a replacement will be necessary.

If the vent becomes obstructed, the diaphragm won’t work adequately, so gas regulator problems will occur. For this reason, you’ll need to ensure that the vents are free from dirt and debris to avoid such issues.

You can prevent such issues by avoiding water on your grill. However, other causes of propane regulator vent hole leaks aren’t preventable. So, don’t be too upset if yours fails.

The Signs of a Regulator Leak 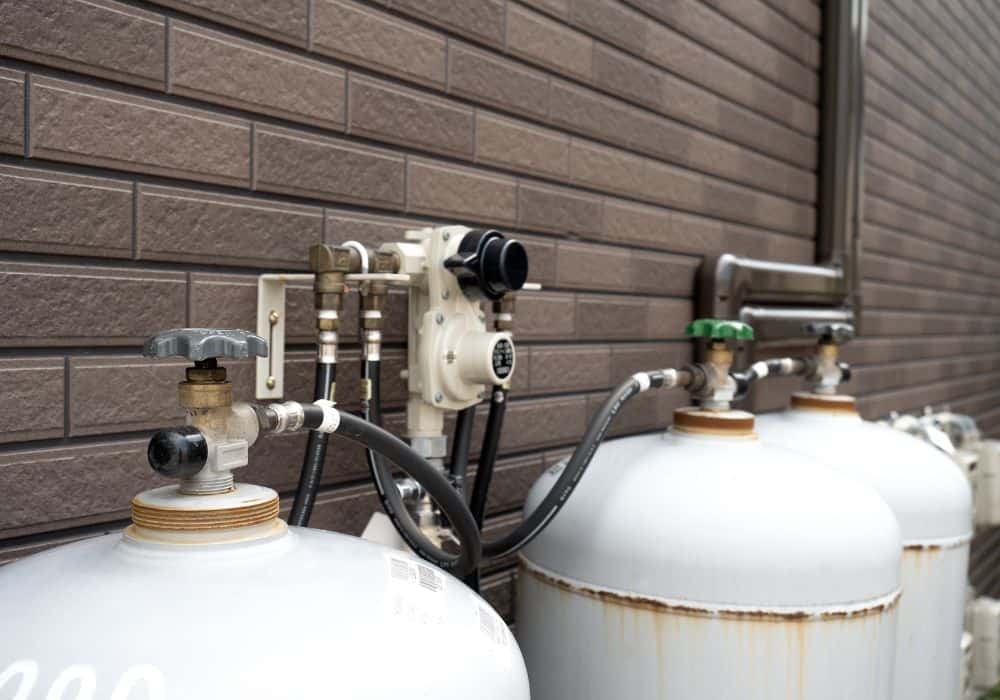 The typical way to find a regulator leak (or any leaking of gas) is to smell it. Because of how dangerous it could be, propane is given a distinctive smell. This is because naturally, propane is odorless but due to the dangers that would cause, a smell is added to it.

There’s likely a gas leak if you suddenly smell gasoline or rotten eggs when using propane. These distinctive smells are added so you know right away if there is an issue.

Similar to this, you might think about checking for leaks if you discover that you run out of propane quicker than usual. Though there could still be other issues, it’s usually connected to leakage.

Spotting Leaks in a Vent Hole

If you still aren’t sure if your regulator vent hole is leaking, relax. It’s best not to panic and instead go through the basic steps to ensure there’s not a big problem.

Here, we’ve listed a couple of ways to check on this issue:

Solutions to the Problem

Propane regulators are used repeatedly, so these are prone to wear and tear. So if there are leaks in the propane regulator vent hole, we’ll share some solutions to the problem.

However, since you’ll be working with flammable gas, you’ll need to take the right safety steps before starting.

Make sure to use safety gloves and eyewear. Plus, ensure that the knobs on your grill are switched off before anything. If you aren’t sure which knobs these are, they’re usually found on the front portion of the grill.

Additionally, make sure that all the tank valves are switched off too. This time, we’ll show you how to fix the regulator leaks.

What we’ve mentioned earlier was the first step in fixing the leaks. So make sure you do all of these before moving to the next step.

Make sure to give the grill a good clean before you start to avoid any debris or dirt from clogging the regulators/parts. Additionally, check for obvious leakages while you’re at it.

You need to continuously tap the vent hole to remove unnecessary obstructions. However, avoid cleaning the vent hole using abrasive agents since it can damage the component’s fittings.

Check your propane regulator for gas leaks. If there are no immediate issues with the vent hole, mix tap water, and dish soap in an equal parts solution. Then, with a paintbrush, apply the soap mixture liberally to the propane regulator.

You should apply the mixture to conceal the O-ring and the hose and valve connection points.

Before switching the propane valve on, make sure the burners are in the “off” spot. If bubbles appear on any portion of the grill, you’ve found the problem. There’s a faulty portion that’s causing the leak. Since this is the case, immediately switch off the valve.

Replace the component rather than attempt to repair it if the valve’s diaphragm, O-ring, and hose connector are broken. Temporary fixes or incorrect changes can cause a fire and be harmful. To fix the problem, you can either buy the new components and do it yourself or hire a professional.

Aside from what we mentioned, you should also make sure your regulator is securely tightened. Typically, the regulator has a nut that twists and can be easily moved.

When you change it into the active position, you should ensure it doesn’t make a humming sound. If the nut makes any noise, use your hand to tighten the metal ring holding the nut in place. But while doing so, avoid over-tightening it.

Thankfully if you wanted to replace your propane regulator, it’s easy to do with a little basic knowledge. Before you begin, shut the propane off, and detach the regulator. The easiest thing to do is take it to a hardware store. Then, ask for a suitable replacement and install it.

Propane regulators can be attached and detached from gas tanks by hand, so replacing them is easy. Never use a wrench to tighten or loosen it since this will damage the regulator or the tank.

In case the regulator is stuck, spray a liquid lubricant on the threads. Allow the lubricant to penetrate by waiting for an hour before trying to loosen the regulator.

After removing the faulty regulator, you can screw the replacement on with a wrench. It’s a simple process that you can finish in around five minutes. 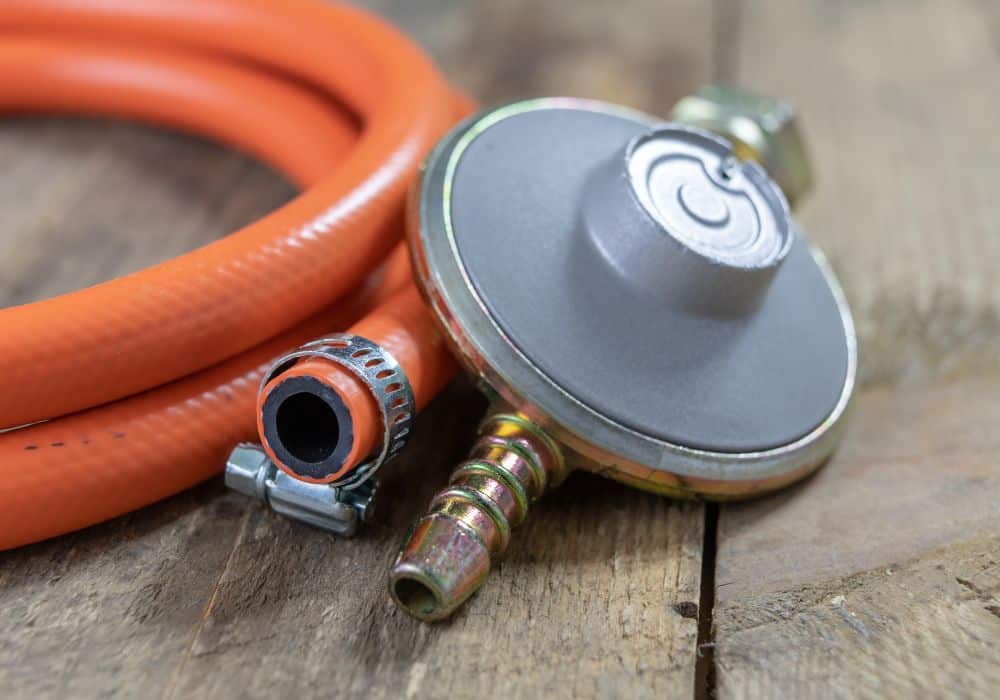 If you have the regulator permanently installed into your home, read the user’s manual so you can install it correctly as it’s best not to take any chances. Even if you’re a little unsure, it’s best to call propane professionals.

Don’t worry about breaking the bank for a new regulator since it’s usually affordable, costing between $10 to $20. A home propane regulator costs around $40 to $70 each, depending on your propane setup.

When to Seek a Professional

Dealing with propane regulator leaks is highly dangerous. When things are more serious, it’s best to call a professional to do the job for you.

Call someone immediately see or smells any of the following:

Hopefully, we’ve given you all the info you need to tackle your leak with confidence or call in a professional to deal with the problem.