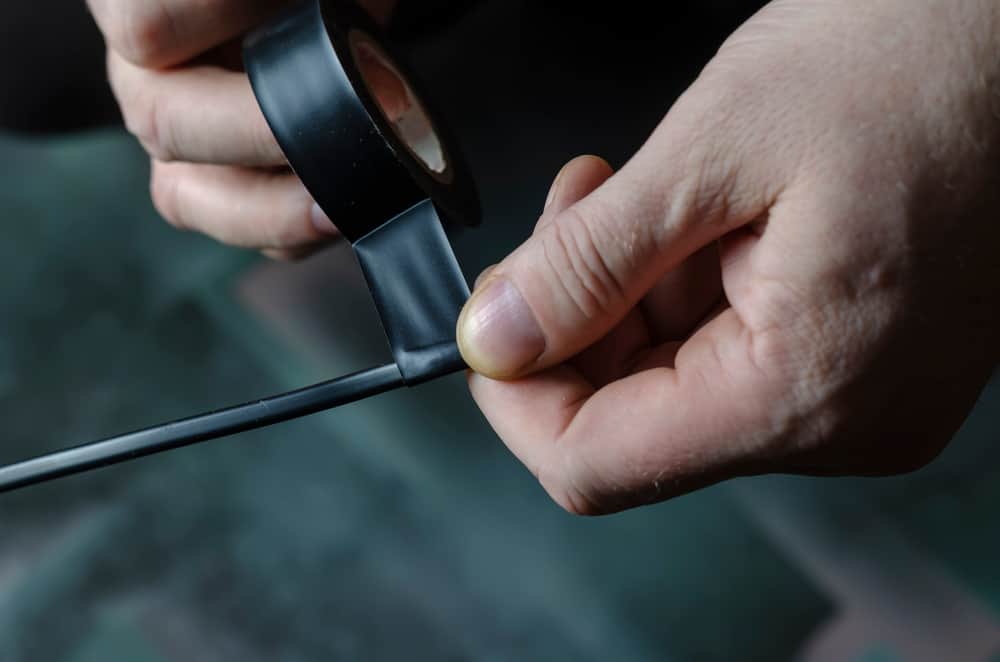 Need electrical tape but have run out? If so, it can be a nightmare, especially if dangerous wires are exposed. Thankfully, you can try a few other things, which is why we wanted to find the best substitutes for electrical tape.

Electrical tape can protect against dust, dirt, moisture, acid, UV radiation, and solvents, so any substitute needs to be up to the task. Here we’ll give you all the information you need while also looking at the different types of electrical tape. Let’s get started!

What are the best substitutes for electrical tape? We’ve found five solutions that are suitable and safe replacements. All you need to do is read on and choose the one most suitable for you. 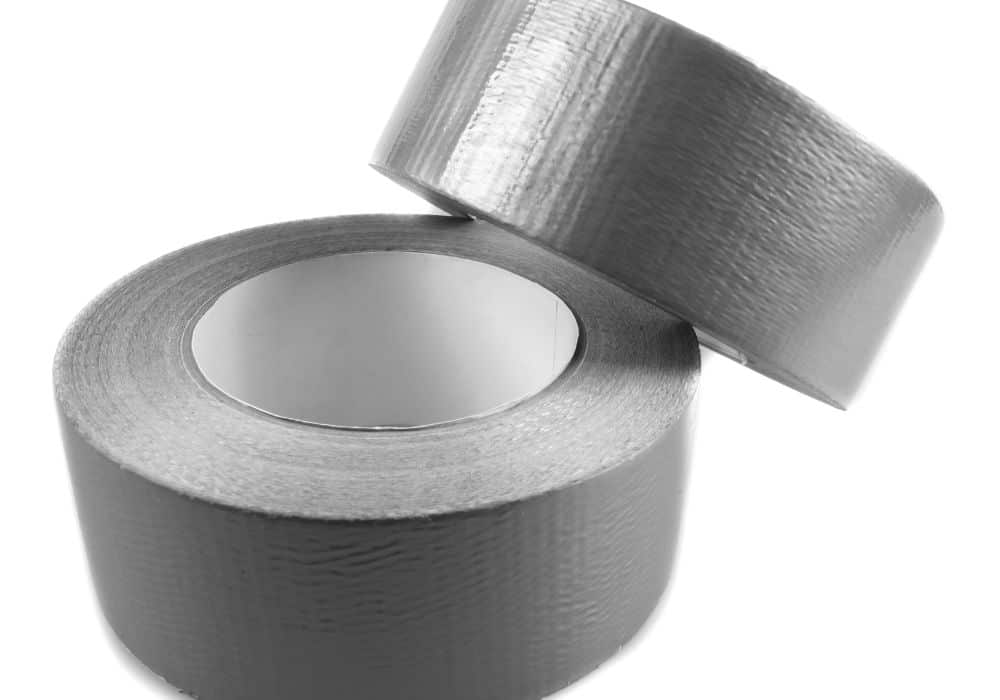 You’ve guessed it right! First on our list is good, old, reliable duct tape. It can be used for just about anything, such as crafting and science projects. It is a usual substitute for electrical tape due to its non-conductive and insulative qualities.

It is a sturdy cotton fabric with a crisscross pattern on the threads. Since it is commonly known for its immense strength, it is used to prevent corrosion on electrical wires and power lines.

As it’s not electrically rated, you can’t be sure that the duct tape works with the voltage in your system. On the contrary, with electrical tape, if you know the cable’s voltage you are mending, choosing the suitable electrical tape is straightforward.

When working with low-voltage objects or in low-moisture situations, duct tape can be a safe substitute for electrical tape. But use duct tape solely for indoor work. It’s great for smaller jobs such as making your chargers safer or other smaller electrical devices. 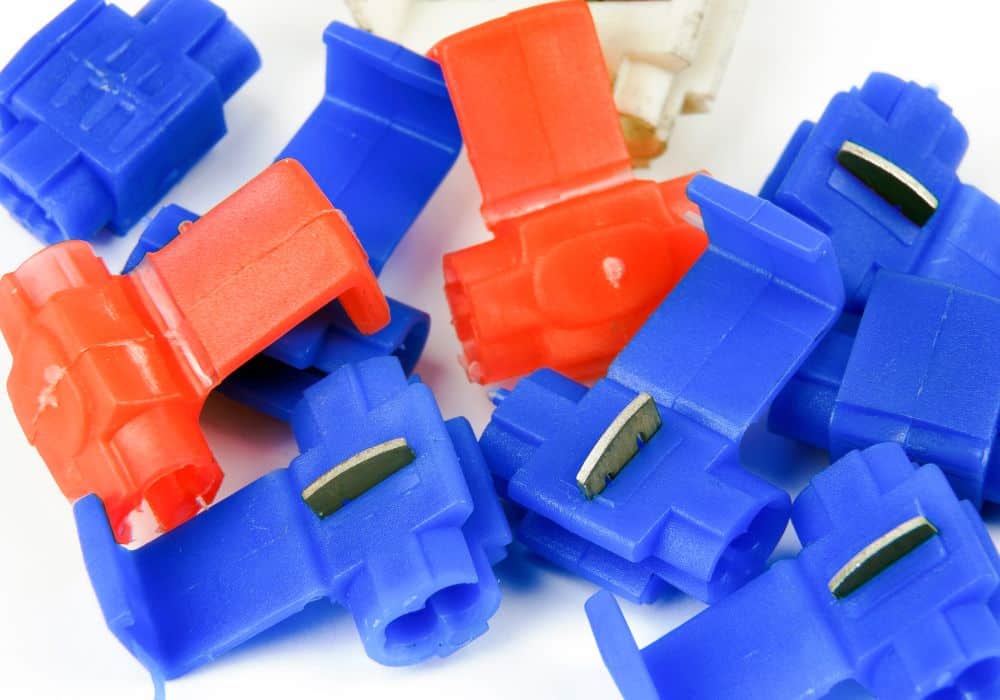 Wire connectors are a great alternative to electrical tape for a number of reasons. First, they provide a much more secure connection than tape, which can easily be pulled apart. Also, they’re much easier to work with, especially in tight spaces.

Another advantage of using wire connectors is that they’re reusable, so you don’t have to waste money on new tape every time you need to make a repair. You can also color-code them, so it’s easy to tell which wires go where. 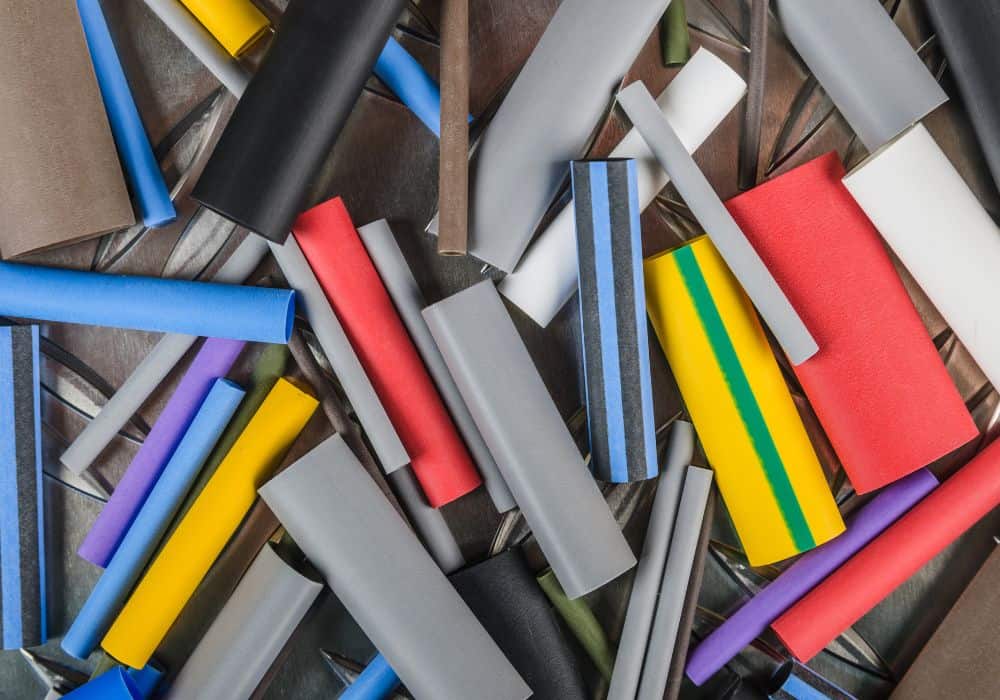 Heat shrink tubing is a tube that, as the name suggests, can shrink to a much smaller size. To use heat shrink tubing, you just need to thread the wire through the tube you want to insulate. Next, shrink the tubing around the wire using a heat gun. If you don’t have one, a hairdryer usually works just fine.

The tubing will shrink as it heats up, forming a tight fit over the wire. This makes heat-shrink tubing an ideal choice for applications where durability and reliability are important.

This substitute for electrical tape has low conductivity, can be waterproof if appropriately applied, and shrinks and seals during the shrinking process. Polyolefin can endure high temperatures up to 275F.

Some manufacturers also use PVC to make heat-shrink tubing, but it doesn’t have quite the same heat resistance as polyolefin. It can withstand only up to a maximum temperature of 220F, but it costs less than polyolefin and comes in a variety of colors. Moreover, it is very malleable and resistant to abrasions. It is also available in fire retardant varieties.

Heat shrink tubing can also be made from PTFE, PVDF, FEP, elastomeric, and silicone rubber, among others. The application of these materials depends on the shrink tube’s surroundings and what it may come into contact with, such as solvents. 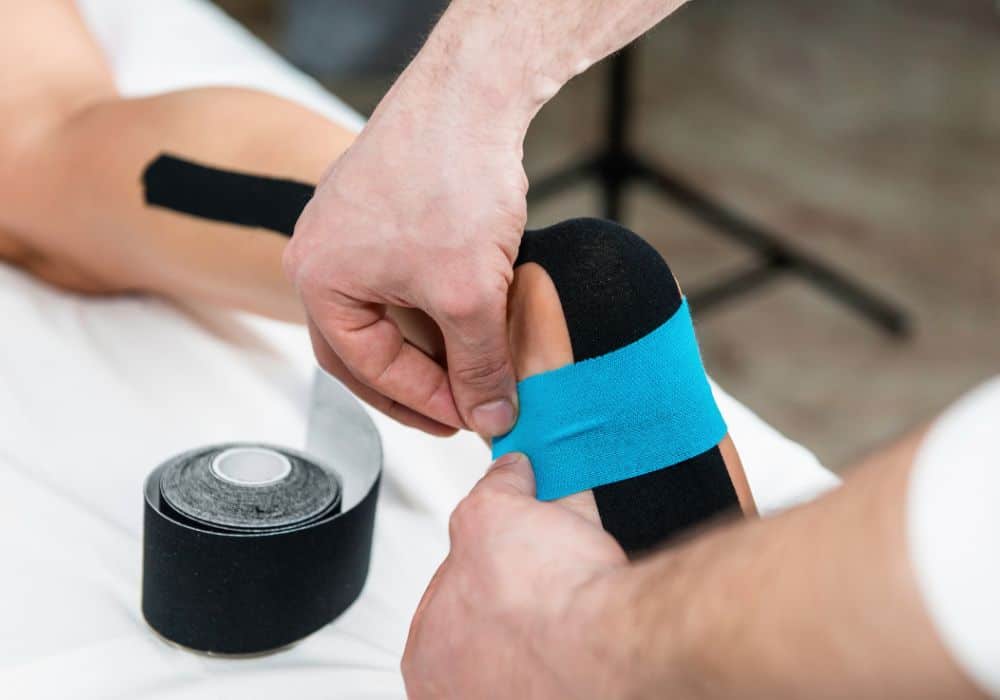 You’ve probably seen friction tape in sports, as it enhances the grip on tennis racquets, baseball bats, and hockey sticks. It is also wrapped around the handlebars of bicycles, lawnmowers, and other small machinery that need gripping or steering.

Before the invention of electrical tape, this tape was the most common adhesive for electricians. The electrical tape eventually superseded it, but its similar qualities can still be used as a substitute.

It is comprised of fabric that has been covered in a rubber adhesive. It is insulating like electrical tape and can be applied to electrical cables. However, friction tape can secure itself when wrapped numerous times since it is sticky on both sides.

Friction tape also provides an effective defense against abrasion, moisture, solvents, and chemicals. The tape’s main flaw is its lack of strength at high temperatures, preventing it from being used in applications like electric motors and other places where prolonged exposure to high temperatures is expected. 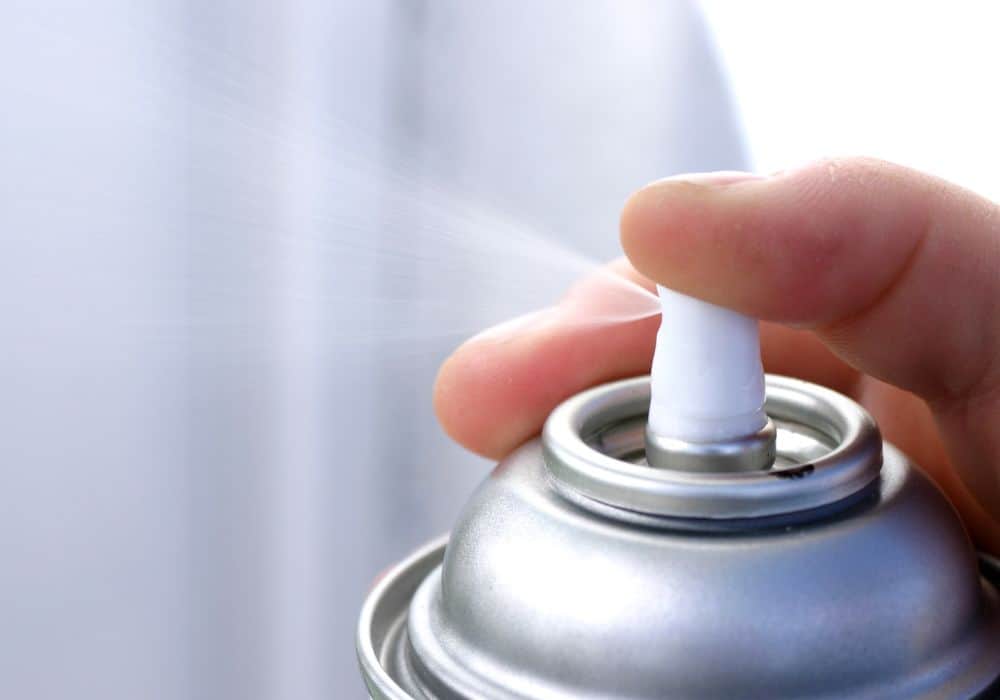 Our last one is not an exact substitute, but using it in conjunction with electrical tape (or the other tapes mentioned above) can have certain advantages. It adds an additional layer of insulation and protection.

Dielectric is a name given to a material that doesn’t allow a flow of current. The exact material used can vary, but a lot of dielectric sprays will use silicone.

It waterproofs electrical connections and enhances electrical performance under bad weather. Ensure you read the directions thoroughly before applying them to electrical components to ensure correct use.

Electrical tapes function differently in terms of how well they can endure high temperatures, resist insulation breakdown, and resist dielectric breakdown. They come in various widths, thicknesses, backing types, and colors. We’ll break each type down for you.

Rubber is a well-known electricity insulator, making it perfect for safe electrical tape. Rubber tape often doesn’t have any adhesion as it is able to stick to itself when tightly found. It’s a great option for terminating or splicing highly powered wires.

This is the most common type of tape. It’s perfect for use in a wide variety of situations. That’s due to its abrasion resistance, durability, and flexibility. It can also help to keep out any moisture but isn’t always ideal for big tasks in challenging conditions. For home use with minor damage to wires, it’s perfect.

Mastic is often found in the middle of tape as a spongy substance, but you can also find it on its own. It’s widely used for tricky jobs where you need to cover awkward spaces which may be left exposed with less flexible tape. It’s an excellent insulator while also having exceptional water resistance, making it ideal for outdoor use.

This woven cotton cloth tape is coated in varnish, which gives it a unique set of properties. This varnish makes it both an excellent electrical insulator and incredibly strong. That means it can be used on many tasks, including covering the likes of sharp corners that may cut weaker tapes.

With all these different types, choosing your substitute wisely is important. For example, do you just want to make an indoor cable safe, or do you also need waterproof protection? Ensure that the substitute you’re using ticks all the right boxes.

Electrical Tape Substitutes You Should Never Use

Now that we’ve discussed the best substitutes for electrical tape, let’s move on to the tapes you must never use as a substitute.

Foil tape is another kind of tape with a wide variety of uses and applications. It is moisture, chemical, and flame-resistant. However, its base material is aluminum, which conducts electricity when placed up against bare wires.

Scotch tape is another tape that is commonly found in homes. Unfortunately, even though they have an adhesive backing, it doesn’t have electrical insulation properties, making them unsafe as an alternative to electrical tape. You can use it for your other arts and crafts projects, though, as well as for sealing packages.

Masking tape is another popular tape used for DIY projects, as it does not leave a residue and is easy to remove from a surface. But like scotch tape, it doesn’t have the necessary qualities for electrical connections, such as insulating properties and waterproofing. Though it has high heat resistance, it would still catch fire at some point. So, it’s better to be on the safe side.

There you have it, our best substitutes for electrical tapes. Duct tape, wire connectors, heat shrink tubing, and friction tape are some alternatives you may use with caution. The dielectric spray isn’t used as an exact substitute but only in combination with tape for extra security and protection.

While these are the best substitutes to use, the ideal tape to use when insulating your wires will always be an electric tape. Any substitute you use should be only temporary before you can get your hands on some electrical tape.