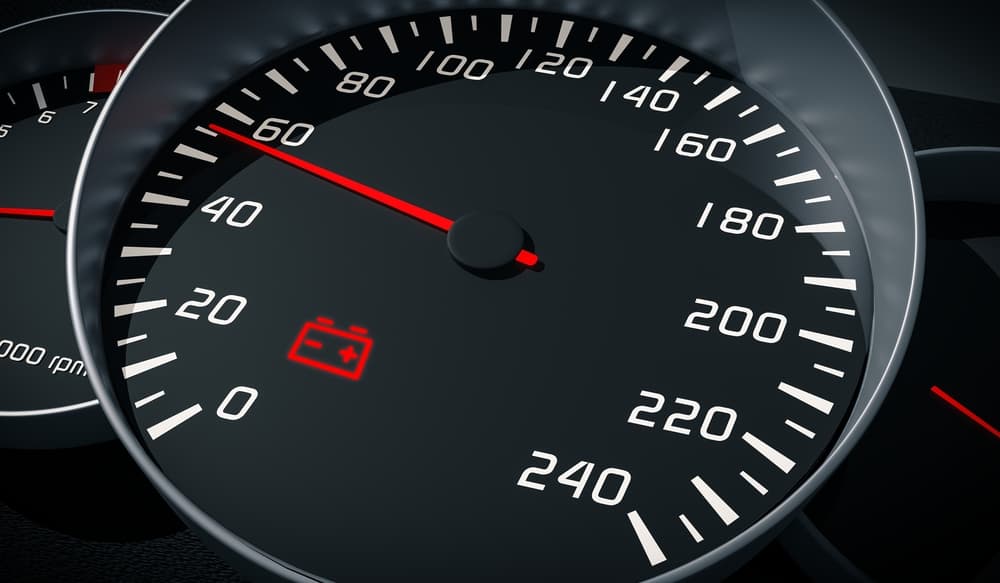 You’re driving along, minding your own business, when suddenly—the battery light comes on, alerting you of a problem with the battery’s charge. Then you accelerate and the light goes off. What’s going on? Is your car in danger of dying? Should you call a mechanic right away?

First of all, don’t panic. It’s probably not as bad as it seems, and nothing you won’t be able to fix. Second of all, keep reading to find out why the battery light comes on and then goes off when accelerating and what you can do about it.

About the car’s battery?

The battery in a car is the heart of the engine. It sends power to the starter and keeps the radio and lights on when you need them, but this important component has more to do than just that.

It also monitors your car’s electrical system, including the alternator, starter motor, and charging system. This information is sent back to your dashboard so you can see if there are any issues with your electrical system.

What does the car’s Battery Light mean?

The battery light is a warning light that comes on when the battery is not charging correctly or there is a problem with your electrical system. It’s important to know what this light means so you can get it fixed before it becomes an even bigger problem for your vehicle.

It can come on while you are driving, or it may begin to blink after you start your car. The battery light may also come on after you have left your car parked for some time. This indicates that the alternator is not working properly.

The most common cause of this problem is an alternator failure. Alternators are responsible for charging batteries in cars and other vehicles, and when they fail they can cause all sorts of problems with your vehicle’s electrical system. If the alternator fails, then it will not be able to generate enough power to charge your battery, causing it to run down over time.

Why would the battery light go off when you accelerate? 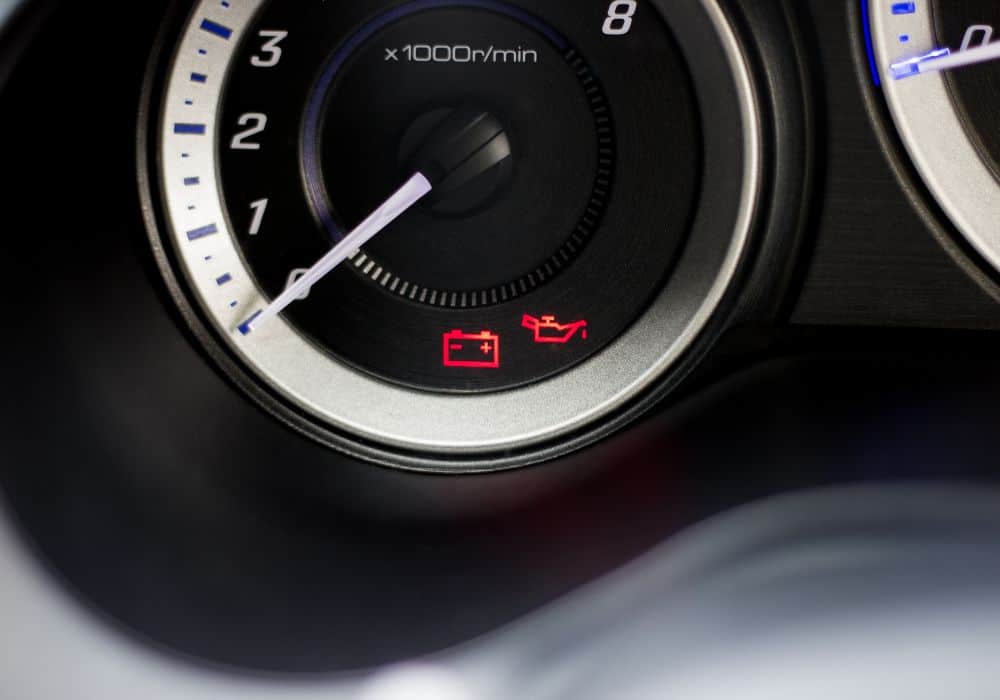 Your charging system keeps the battery charged up so it can supply power to run your car. If something goes wrong with this system, or if there are problems with any of its components (like the alternator), then it can’t keep up with powering your vehicle as it should be able to do. In these cases, you’ll notice that your battery light comes on and goes off again when accelerating because it knows that there isn’t enough power coming in from its source (the alternator).

This issue can also be brought on by a loose connection or a damaged serpentine belt. A defective battery can occasionally harm an alternator, thus the battery itself may also be the source of the issue.
If your car’s battery is acting up, it could be for any number of reasons. So keep reading to find out some of the most common issues indicated when a car’s battery light comes on and off..

The battery light is one of those lights that can be hard to decipher. It flashes on and off, or comes on and then goes off when you accelerate. This means that it could mean any number of different things—from a loose connection to a dead battery.

The good news is that there are things you can do to help prevent this from happening. Here are some common issues indicated by the battery light going off when accelerating, and how to fix them so your car is good as new again.

If the battery light comes on when you accelerate, it could mean that there’s a loose connection somewhere in your car’s electrical system. One of your connectors has come loose or broken and is no longer making contact with its corresponding terminal. If this happens, then electricity will no longer flow through your vehicle correctly and will affect the battery light on your car.

If this is the case, then you’ll need to check all of your battery cables and repair them, either yourself or at a mechanic.

If your car’s battery is low, it may not be able to keep up with the demands of your vehicle’s engine. This can lead to a brief surge in power which causes the battery light to turn on, only for it to go out again as soon as you have enough power from your alternator.

If the battery light comes on when you accelerate, it could mean that there’s a problem with the alternator.  And if you have a loose connection in your car’s electrical system, then it can cause problems with the alternator as well.

This is a common cause of electrical problems in vehicles and should be checked out by a mechanic if you notice this happening often. This problem can also cause other symptoms like dimming headlights or interior lights while driving at night.

If it’s not an alternator or battery problem, look at your Voltage Regulator. The regulator is a device that regulates the volts going into the battery. It’s usually attached to the battery itself, but can also be mounted in another location within the vehicle.

It converts mechanical energy into electrical energy so that all of the components in your car can operate smoothly—including those that run on AC power like lights and entertainment systems.

To check if it’s working, look if there are at least 12 volts coming through by looking at the display on your meter – if there’s nothing showing up then either something is wrong with your meter. If it’s not working properly, it will cause fluctuations in power flow which can cause the battery warning light to come on and off when you accelerate or decelerate. 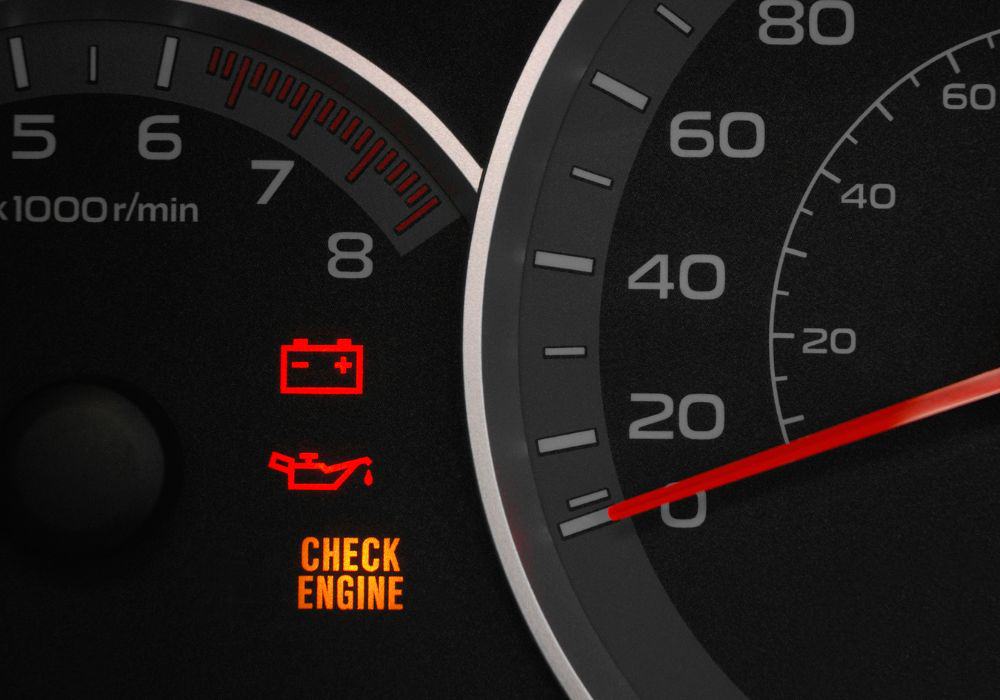 This problem with the light indicator could be caused by improper maintenance of your vehicle. If this is a problem for you, we recommend taking your car to an auto shop so they can clean off those terminals for you and make sure everything else is functioning properly too. Remember to get your car’s problem checked-ups to stop things like this from becoming consistent.

The mechanic will examine the alternator, which is responsible for generating electricity for your car’s electrical components, including the battery. The mechanic will also check for any other issues causing this issue.

A car battery light coming on and then going off when accelerating can be a frustrating experience. If you’re wondering what’s going on, and what to do about it, we’re here to help.

This symptom may not always be related to a problem with your battery, but also other issues with your electrical system. If you suspect that any of these issues might be causing your car’s problem, make sure to see an auto technician right away. Remember to ask us if you have any more questions.