Skip to content
Pip's Island » What Is An Orangeburg Pipe? (History, Benefits & Risks) 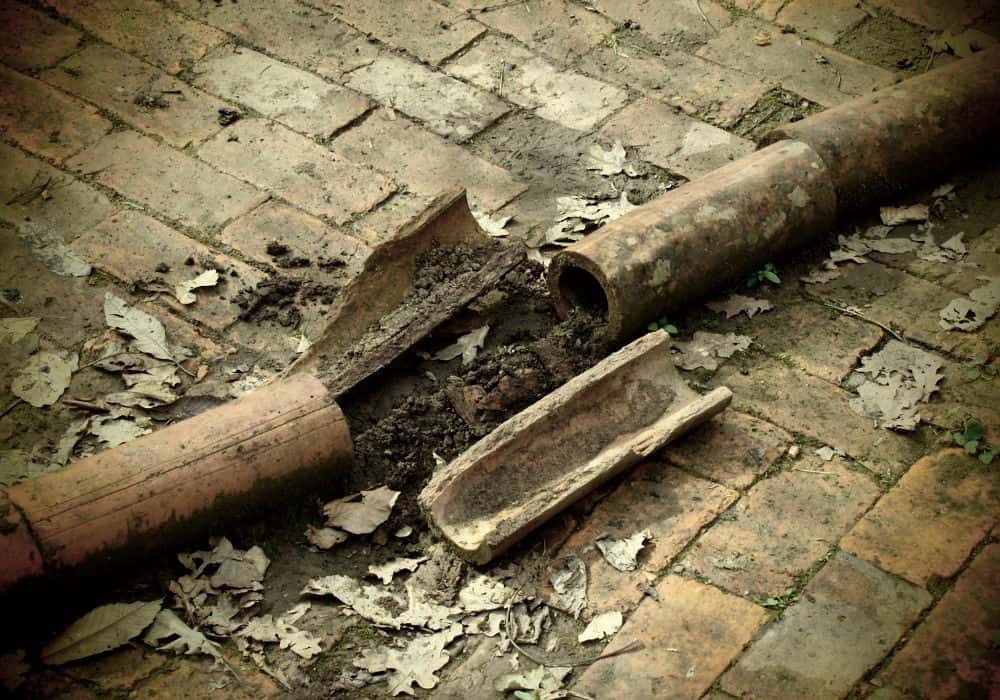 It is common to experience sewer line problems, but have you ever asked yourself, what is the type of sewer you have and why does it always cause you some inconvenience?

Well, you might want to consider thinking of Orangeburg pipes, the home sewer pipes that might have been installed in your home decades ago!

Orangeburg pipes, whose name originated from Orangeburg, New York, were used more than 70 years ago and became famous in the years 1950’s to 1960’s when the demand for wood fiber sewers was at its peak.

They are also known as “no-corror” pipes, and in plumbing, they are known as bituminous fiber pipes with coal-tar pitch or hot pitch made from layers of wood pulp.

Before, the sole manufacturer of this type of sewer pipe was the Fiber Conduit Company, also known as Orangeburg Manufacturing Company. Back during World War II, iron and steel were essential during the war. Eventually, this caused an iron and steel shortage. To compensate for this shortage, these pipes were invented.

Moreover, although this type of pipe is cheap, it is considered a durable pipe, making its production proliferate, until the early 1970’s when PVC piping became famous.

Generally, these pipes have a life expectancy of almost 5 decades, as long as the manufacturing company uses quality piping materials.

Furthermore, this type of pipe increases its chance to deform when it is pressured by the soil above it. This is the reason why plumbing experts properly bed the pipe, especially when the pipe is located near a tree root.

The Benefits of Orangeburg Pipes

When you start to build your home, one of the factors you consider is your budget. Are you going to use cheap but quality and durable materials? Or are you going extra for expensive but sure long-lasting ones?

Aside from the cheap cost, there are other benefits of using Orangeburg pipes for your home drain lines. Some of these include the following:

Orangeburg pipes come with a diameter between 2-18 inches, making them suitable for bigger homes.

One important thing you should understand about Orangeburg pipes is that they come with many disadvantages. Although cheap, external pressures may cause these pipes to deform. Some of the risks when you use Orangeburg pipes are the following:

For plumbing experts, these pipes are described as coal-tar-impregnated toilet paper tubes. This means that these bituminous fiber pipes do not last long compared to how they were used years ago.

As said above, the dimensions of these pipes are kind of huge. Thus, when you go for manual repairs, you might need to do force and much labor to dig and check them.

If you have a home that ages more than 40 years old and you see unusual signs of sewage failure, you might want to consider seeking help identifying if your pipes are damaged. Some of the warning signs include the following:

Aside from these, if you ever get your monthly water bill and you notice that you are paying a lot without actually using lots of water, take this as a sign of an Orangeburg pipe deterioration.

I remember my neighbor, she actually lived away from her own home. However, one time, when she got her monthly water bill, she was overwhelmed with the amount she had to pay.

The bill was so high even if she was not there! When they got the house inspected, they found that one of her water pipes was leaking!

Aside from the fact that these pipes deteriorate after some time, there are many causes of Orangeburg pipe failure, such as the following:

Sometimes, improper disposal of solutions such as solvents, high-grade cleaners, and paint thinners can also cause pipe failure. These chemicals can react with bitumen, thereby making the latter lose its consistency.

To avoid having your pipes repaired due to deterioration, it is essential to have them regularly inspected by a plumbing expert.

If the damage is there already, there are some repair solutions you can consider as well. However, keep in mind that there are factors being considered when repairing your pipes. These factors include the following:

Additionally, depending on these factors, different repair techniques will be followed to effectively secure and address the pipe damage.

This is one of the best and most cost-effective methods when renovating pipes. However, take note that the price may increase depending on the depth of your damaged pipe.

The dig-and-replace method is a manual technique for repairing a shallow Orangeburg pipeline. Although it uses heavy labor, it is best for both residential and commercial areas, even those with driveways and sidewalks. 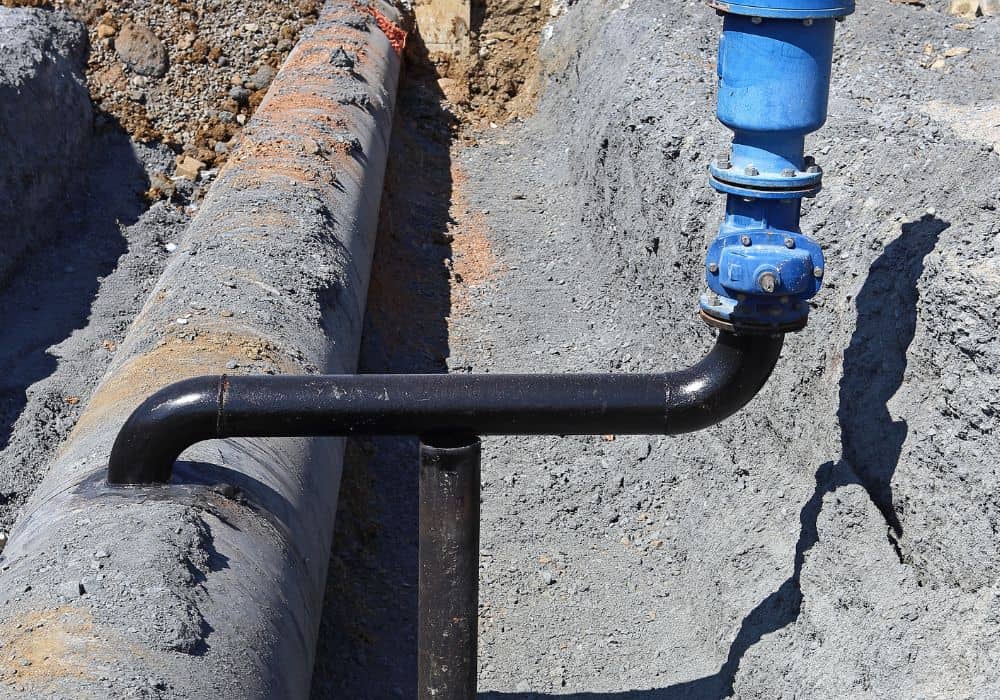 We also have this technique that is usually used for underground pipes. This technique is cheaper compared to the dig-and-replace method and it is also known as the cured-in-place pipe lining technique.

Another great thing about it is that it can be done in hours, compared to the former which requires days to finish. If you are in a hurry, going for this method might be the best option for you.

Moreover, this technique uses epoxy-resin chemicals. However, these can alter the quality of your water system.

With trenchless technology, this method works by coating your damaged pipe using air pressure. It is a seamless technique that is considered very efficient.

If you wonder how this technique is done, the process is very simple. First, a Perma-liner solution will be inserted into the damaged pipe and then this liner will be given air pressure to compensate for the pipe cracks and breakages.

Generally, this liner will become an inner liner for the damaged pipe to make the inner walls flawless. Other uses of this technique are also for the filling of the pipe’s missing segments and large cracks.

One of the advantages of this technique is its less invasion into your property. Plumbers will not have to dig too much. Instead, they will only be digging for the ends of the pipe.

Just keep in mind that, if your Orangeburg pipe is collapsed, this technique might not work best. It can be used as a solution, but only temporarily.

Apart from the pipe lining technique, there is also this pipe bursting that you can consider. This technique is manually done for fully collapsed and deteriorated Orangeburg pipes.

To do this technique, conical bursting heads attached to your new pipes will be used to replace your damaged pipes. What will happen then is that the cone head will break the opening of your pipe to fully replace the whole damaged pipe.

How to Identify Orangeburg Pipes in Your Home

Usually, a sewer camera is used to identify these pipes. If you just moved into an older home, it is vital for you to learn if your home sweet home has these pipes.

Keep in mind that even if your home is not older than 1970, you are highly encouraged to have your pipes undergo inspection by a professional to avoid spending much money on sewage repairs, expensive replacements, etc.

As a homeowner, it is exciting to get to see your home be done beautifully. But, there are more things that matter aside from the outside look of your home.

Your sewage line is very much essential to keep clean and healthy as this part of your home will not only cause you inconvenience but expenses as well when problems arise.

If you are using Orangeburg pipes, you might want to get these pipes inspected since an old pipe may be prone to deterioration, collapse, and damage.