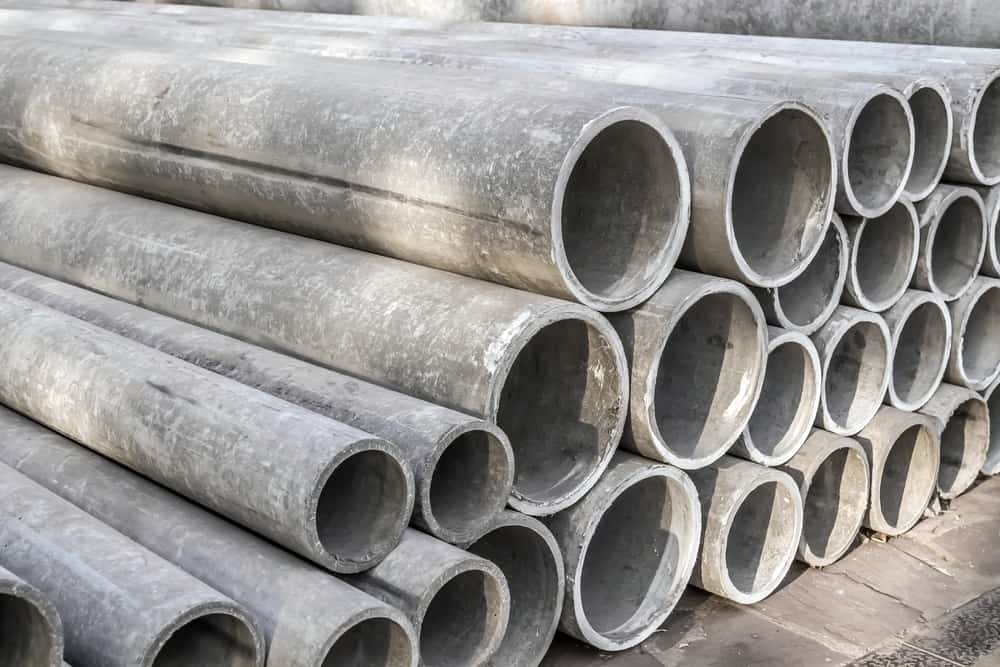 I understand that you may be concerned, especially because of the health concerns associated with the use of asbestos. But before you go into a frenzy, it’s crucial that you learned more about this product first.

You’ll find everything there is to learn about this pipe – and more – below.

What is Asbestos Cement Pipe?

Also known as AC pipe or transite pipe, it is a tubular liquid transport vessel made up of cement and asbestos fibers.

AC pipes were first used in North America in the 1930s for potable water distribution. They were also utilized to transport gases, fumes, and sewer wastewater.

How is Asbestos Cement Pipe Manufactured?

AC pipes are manufactured via the Hatchek/Mazza process. This involves a mixture of aqueous portland cement slurry and medium-grade asbestos fibers at a ratio of 80-85% and 15-20%, respectively.

A machine with a rotary sleeve cylinder and a continuous felt dewaters the slurry. Asbestos, on the other hand, is wrapped around a mandrel until a certain wall thickness is produced.

The pipe is then cured in an oven and wet with water. An autoclave may be used to cure the pipe as well.

Once the pipe is cured, it is cut into various lengths and fitted with couplings coming from a larger diameter pipe.

What are the Benefits of Using Asbestos Cement Pipes? 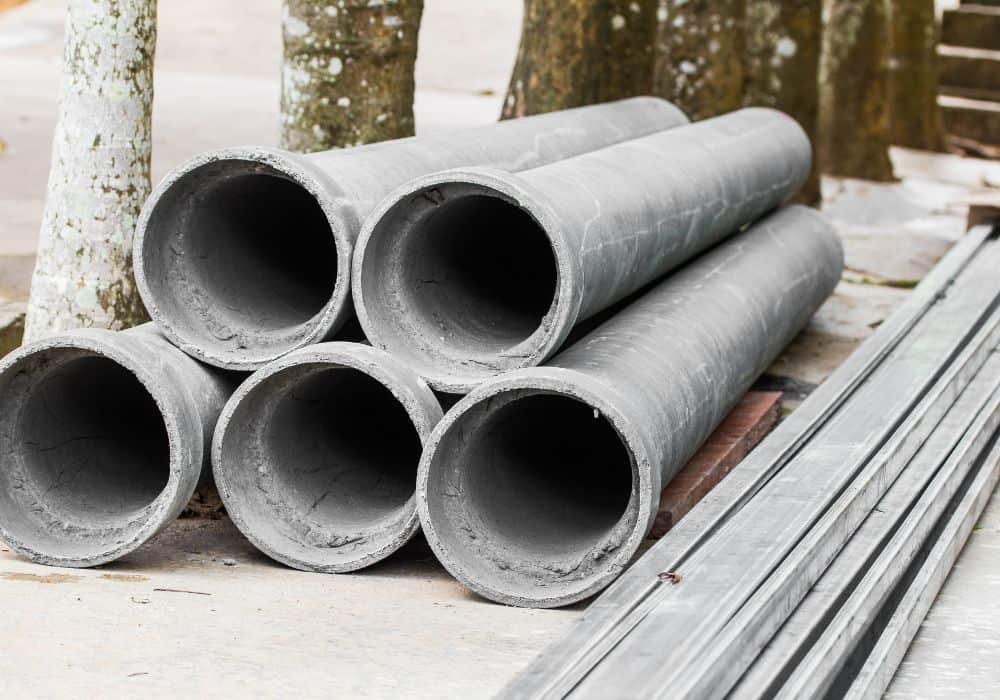 Although AC pipes are no longer used as much, they were favored decades ago (and in some industries, up to now) because of these superior properties.

Tensile strength refers to a material’s ability to resist a pulling or tensile force. Cement alone cannot provide this, which is why asbestos fiber is added to the pipe manufacturing process.

Water – and gases too – can flow easily in AC pipes due to the latter’s high flow coefficient. And you don’t have to worry about hearing this flow too, for AC pipes boast great acoustic properties.

AC pipes can last for up to 70 years, according to the Chrysotile Institute. PVC, in contrast, only has 50.

AC pipes may even be used for longer, depending on their current condition and the environment in which they are used.

Compared to metal pipes, transite pipe is resistant to corrosion. That’s why it was fitted in most water supply systems, especially in locations where there are ‘aggressive’ soils and waters.

In contrast to other pipes, AC pipes will not rot. Rodents won’t be able to feast on them too.

Transite pipes are safe from combustion as well. When exposed to high temperatures, they won’t get weaker or release harmful chemicals in the air.

As a bonus, they’re immune to freezing or pipe bursting as well.

This economic cost can be attributed to several factors, such as the price of cement and asbestos. Both of these have remained relatively stable throughout the years.

The cost of producing AC pipes is cheaper too. It requires less energy – 20% of what is needed for DI pipe production, and 40% of what is required for PVC pipe manufacturing.

AC pipes, being corrosion-resistant, do not need to be impregnated with an additional layer of zinc. This is an essential addition for DI pipes for they will rust without this.

The labor cost is lower as well, as workers don’t need expensive training to manufacture an AC pipe.

AC pipes are devoid of steel reinforcing, which means it’s lighter and easier to handle.

In recent years, manufacturers have also created closure couplings that eliminate the need to cut AC pipes. Not only has this made installation easier, but it has also helped reduce the health risks associated with asbestos exposure.

What are the Disadvantages of Asbestos Cement Pipe Use? 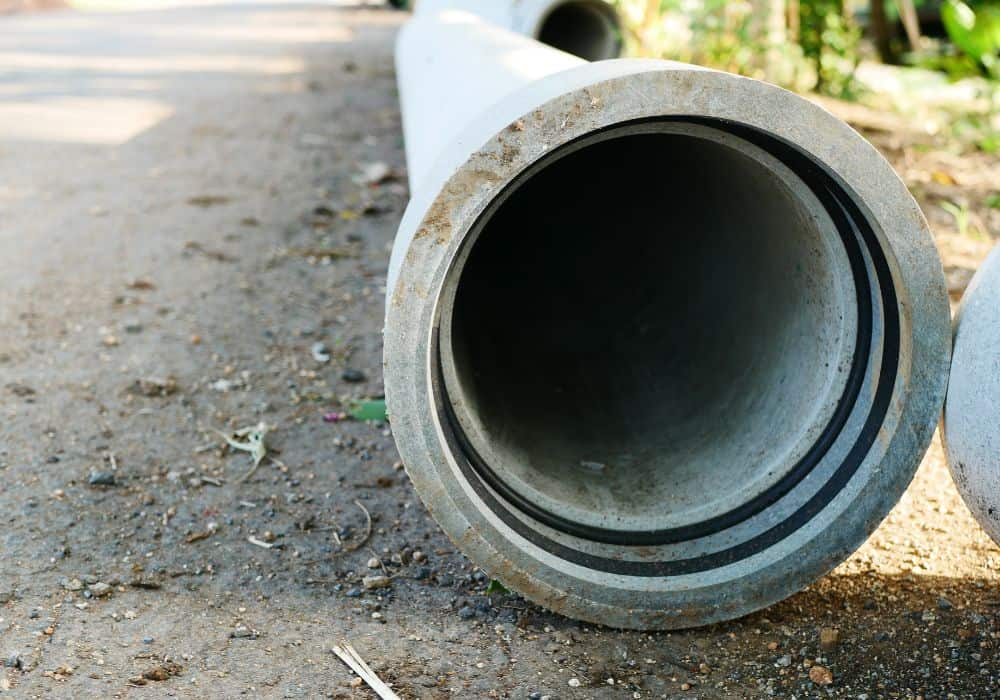 While transite pipes offer a lot of advantages, there are some cons to using them as well.

In areas where AC pipes were fitted, these were eventually replaced as they are known to thin over time. And, to avoid the hazards associated with asbestos dust, replacement pipes that are deemed to be safer (such as PVC) are fitted.

In the early days, workers had to cut AC pipes to fit them. When cut, the pipe sends asbestos particles into the air. Exposure to such can lead to a variety of illnesses, such as:

According to the Centers for Disease Control, asbestos inhalation can scar the lungs and lead to asbestosis. The most common symptom is the inability to breathe well, largely because the scarred lung cannot filter oxygen and carbon dioxide efficiently.

Asbestos can also lead to the development of a non-cancerous lung disease that affects the lining of the chest cavity (pleura.) It may thicken, or suffer from fluid build-up.

Asbestos is a known carcinogen. Inhalation of this can lead to lung cancer. This risk is especially pronounced in those who are smokers who have been exposed to asbestos.

Mesothelioma is another health risk associated with asbestos. It can affect the pleura, or the peritoneum, the lining surrounding the abdominal cavity.

The bad news is that asbestos-caused mesothelioma doesn’t manifest right away. It may take 30-40 years after exposure before symptoms develop (and worsen.)

Ingestion of asbestos can also bring about the development of benign intestinal polyps, which are small growths that may progress into cancer over time.

What is Being Done to Curb the Risks Associated with Asbestos Cement Pipes?

As mentioned above, transite pipes offer a lot of benefits. However, its use has been reduced starting in recent years.

Though AC pipes are not totally banned, users will need to follow the guidelines set forth by the United States Environmental Protection Agency. For one, if these will be used to supply drinking water, the presence of asbestos fibers should be at 7 million fibers per liter.

How Do You Know if Your Home Has Asbestos Cement Water Pipes? 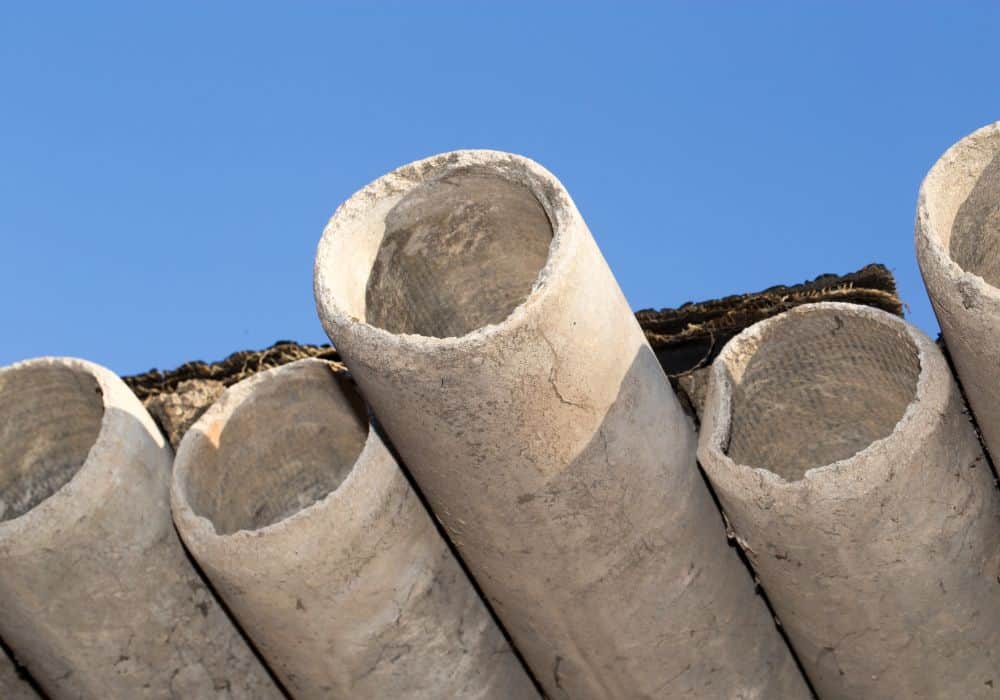 Although AC pipes have their unique advantages, it is no secret that they pose a lot of health risks as well. So if you want to be on the safe side, then here’s what you need to do to determine if your home is fitted with transite pipes.

If your home was built in the late 1970s, then there’s a chance that it may be fitted with AC pipes. As such, you will need to go over the building documents to determine if transite pipes were indeed installed in your home.

Good luck finding these, especially if your home is several decades old!

Another way to check for asbestos is to inspect your pipes’ insulation (or lack thereof.)

Older pipes that may potentially be made from AC will have insulation wrapped around it. Do note that it may have obliterated over time, so you have to be on the lookout for remnants. It’s often grey or white in color and is usually located around the fittings.

If your pipes are damaged, then it’s an opportunity for you (or a professional) to inspect for asbestos.

According to this video, you will need to look for the presence of corrugation/fibers around the water pipes.

If you want to know for certain if you’re dealing with asbestos, then the best way to go about this is to sample the pipe.

While you may hire a professional to do this, you can perform it yourself. And, to be on the safe side, I suggest you follow the steps in this how-to video.

In a nutshell, here’s what it recommends:

Advantages of transite pipes include high tensile strength, resistance to corrosion, and longer lifespan, to name a few.

Notable disadvantages include thinning and the risk of disease. The latter has led to the EPA regulation of asbestos use.

If you suspect your home to be fitted with AC pipes, you can check it yourself. At the same time, you can sample the suspicious area and send the obtained specimen to a processing lab.