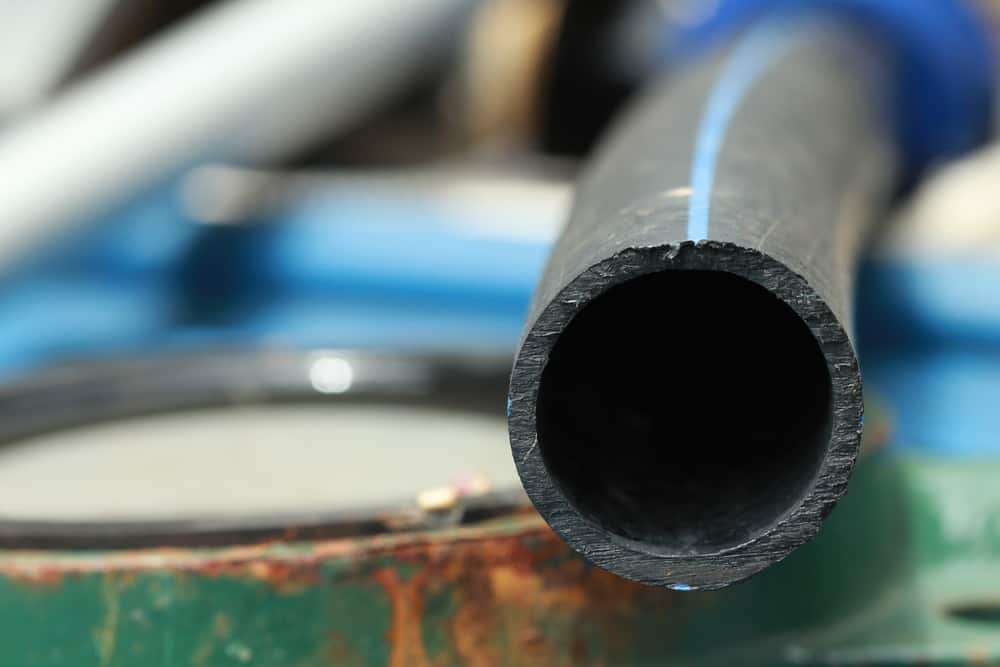 A high density polyethylene pipe – or an HDPE pipe – is a specific type of plastic pipe with incredible durability, flexibility, and multi-purpose application. What’s more, this type of piping has been used for decades worldwide for all types of tasks and purposes from gas transfer to sewers, drainage, water infrastructure, and more.

So, below we’ve compiled the main points you need to know about what a high density polyethylene pipe is, how it’s used, and what are its exact pros and cons.

What is high density polyethylene pipe or HDPE pipe?

A high density polyethylene pipe is a type of high quality plastic pipe that can be used for almost any type of liquid or gas. HDPE pipes are a type of PE (polyethylene) pipe in that it’s made of petroleum, like any other plastic. The polymers of HDPE pipes are, as the name suggests, of a much higher density, however, which makes them ideal for many industrial uses a normal PE pipe wouldn’t work for.

This isn’t to say that the high density polyethylene material is only good for piping, of course. This type of plastic has been used for anything from toys, high quality drinking bottles, or sports equipment to insulation and piping. Let’s look at the latter in a bit more detail below.

What are HDPE pipes used for?

HDPE pipes have been a mainstay in most industrial construction and infrastructure areas for decades alongside steel, concrete, and PVC pipes. Today, a high density polyethylene pipe can be used for anything such as potable water mains, gas mains, fire system supply lines, rural irrigation, communication and other electrical conduits, drainage and storm water pipes, sewer mains, transfer lines, and more.

Such uses for HDPE pipes can be found both in industrial and residential areas with homeowners free to install them in their homes for any of their gas, water, sewer, and other such needs.

This versatility of high density polyethylene pipes is due to the very specific mix of properties and advantages they come with. However, it’s still important to keep in mind the few key specifics or drawbacks these pipes also have.

What are the advantages and disadvantages of HDPE pipes?

Given what HDPE pipes are, some of their pros and cons are obvious at a glance. For example, because of their high density, they are much more durable than other PE pipes as well as all common PVC pipes. This makes a high density polyethylene pipe usable in much more cases and scenarios than those pipes.

At the same time, as a type of polyethylene pipe, the HDPE does offer more flexibility than the common steel or concrete pipes, it’s more lightweight and easier to transport, its installation is much simpler, and so on. 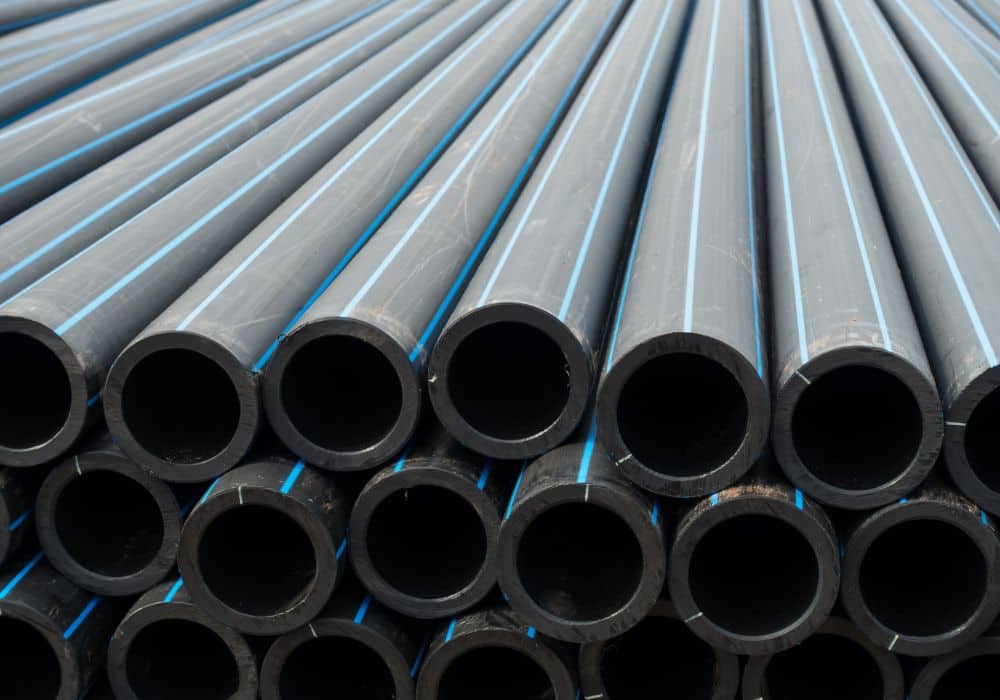 All that comes with a few disadvantages too, such as lower temperature tolerance compared to steel and concrete pipes, lower strength, and so on. So, let’s go over each point below.

The same can’t be said about more rigid pipe materials such as concrete and steel as they can suffer permanent damage due to freezing in particularly low temperatures, especially over time. This makes HDPE ideal for alpine areas.

HDPE pipes have also been approved for use with hot drinking water in Europe for a while although similar approvals aren’t as common in the United States as of yet. 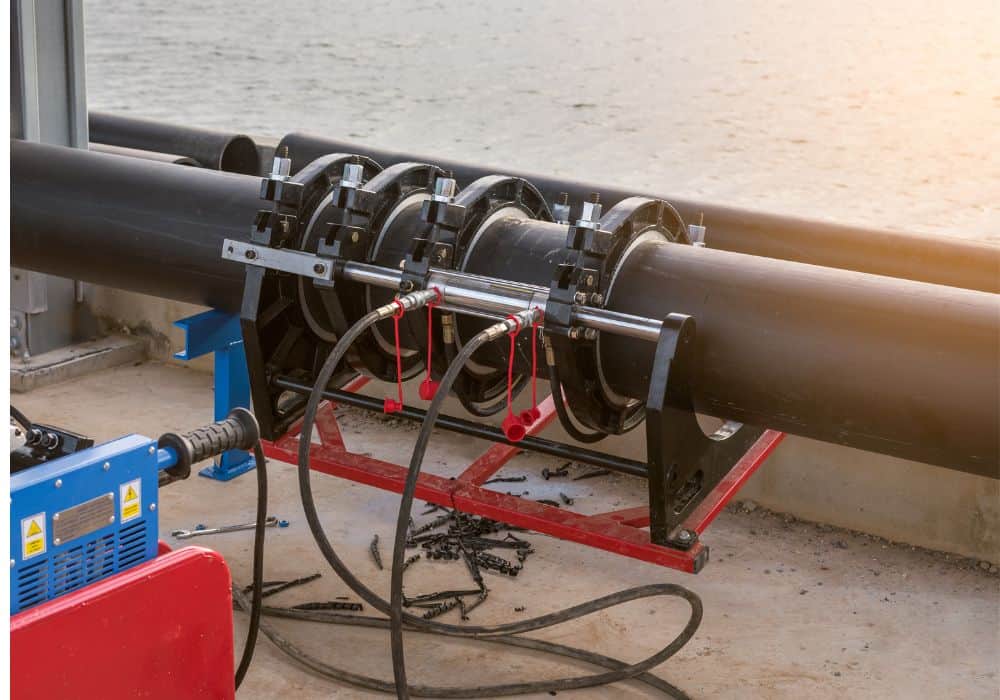 This is largely – albeit not exclusively – determined by how much the plastic polymer has been pressurized during its manufacturing. That’s typically signified by the number on the pipe’s name such as PE63, PE80, PE100, or other, pointing at the number of polymerization molecules by ethylenes in the polymer.

It is worth noting that this greater rate of thermal expansion is not seen as a major drawback in most situations and expert technicians know when and how to work around it. Still, it is a con that should be mentioned. 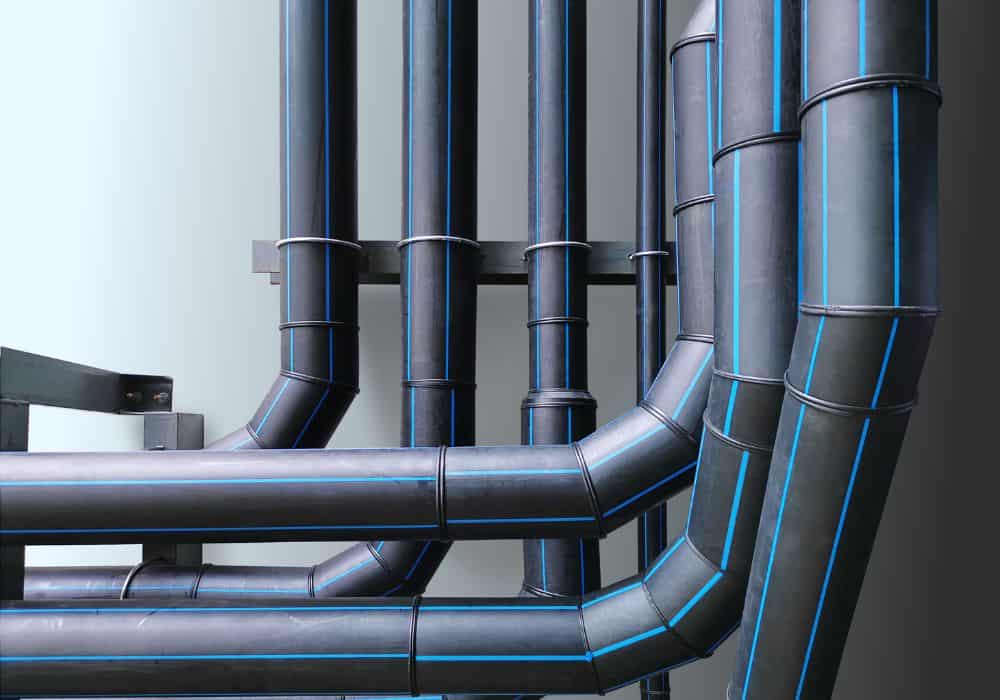 In conclusion – what is a high density polyethylene pipe and should you use it at home?

HDPE pipes are a type of PE pipe that’s made from thermoplastic high density polyethylene so that it’s more durable and long-lasting under various conditions. This makes HDPE pipes excellent for many different tasks both in residential homes and for large-scale infrastructure.

Whether you’re looking for a water pipe, wastewater sewer pipe, industrial pipe for gases and chemicals, or for almost any other type of fluids or gases, a high density polyethylene pipe likely is the way to go.