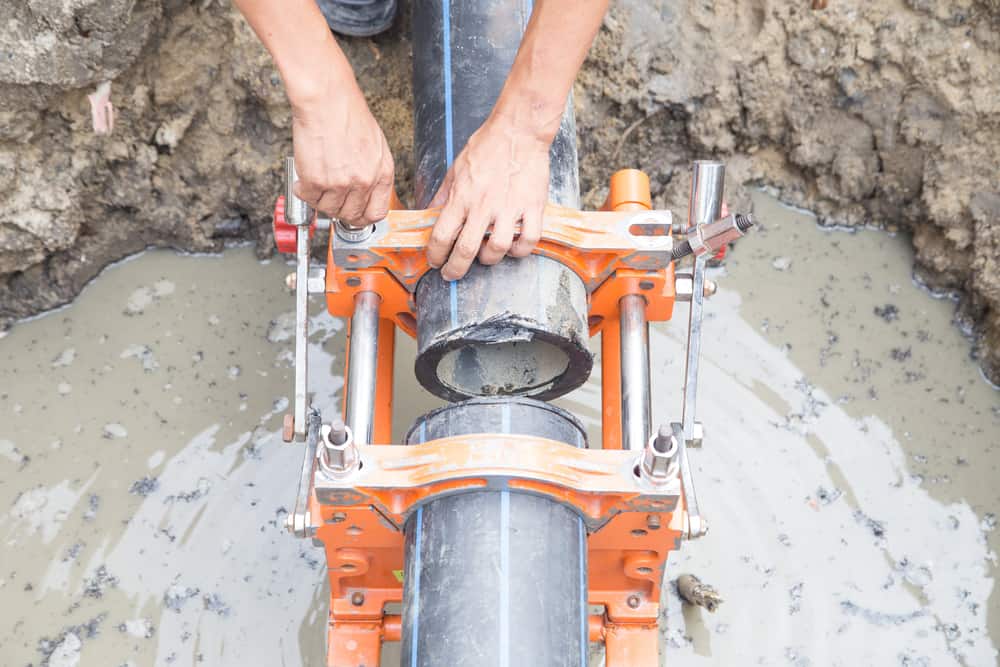 When you first start hearing about the many different terms of the plumbing world, “pipe bursting” tends to be one of the more ominous. It sounds like an old pipe just blew up, doesn’t it? Well, it *could* mean that if we’re talking about typical definitions.

However, pipe bursting technology also has another meaning. This is an innovative method of pipe installation that could be the solution to what your plumbing needs require. Isn’t it time we learned more about it?

What is pipe bursting technology?

Pipe bursting technology is the easiest way to replace sewer lines and piping in hard-to-reach places like marshlands and swamps. With this technique, a new pipe is inserted in the same path as an existing pipe with the use of a bursting tool.

When should you use pipe bursting technology?

Honestly? This is a great choice for many different applications. This is a fairly popular way to get new pipes in an area. These signs suggest that pipe bursting is the right choice for a project.

1. You need to update an existing connection in a municipal setting

Let’s just be honest. Most people do not want to have to deal with construction crews digging around their residences. Traditional means would require contractors to dig up the entire length of the pipe, leaving a trench and a massive mess in its wake.

This method allows contractors to install new HDPE pipes throughout areas of heavily-populated cities without having to worry about interrupting traffic or people. You also don’t end up with problems involving damaging a driveway or lawn.

Most underground utilities now use pipe bursting because it’s easier, and yes, that includes sewer pipe re-installs. The pipe bursting process can usually be done via a manhole or similar service connections. It’s easier that way.

2. You cannot feasibly dig through the old pipe area

Laws now ban igging trenches in major marshlands, swamps, and specific desert areas. The only way you can access the existing pipeline is through trenchless methods. This is also a reason why companies may choose to do pipe bursting in areas with asbestos.

Companies that need to drill down to a deep depth usually choose pipe bursting, and not only because it is easier on their landscaping companies. All you really have to deal with is the potential mess of an insertion pit, rather than a large-scale trench.

3. There’s a need to increase the size of a specific pipe 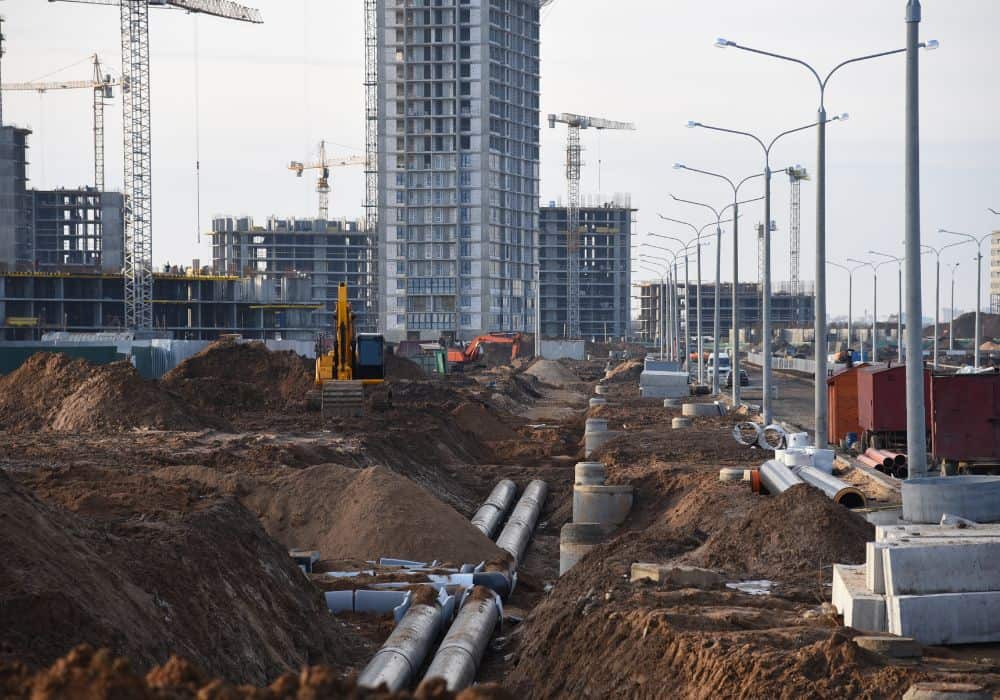 The cool thing about pipe bursting is that you can increase the size of the pipe that you have without too much extra effort. All you need to do is make sure the expander head is the right diameter for the project.

This is why many people prefer to use pipe bursting as a way to handle things like needing to expand a sewer pipe or increase the flow of an irrigation system in a larger farming complex.

4. You need to replace a defective pipe but don’t want to ruin a lawn.

If you have a pipe leaking into the groundwater near your home, things can get messy. It often doesn’t make sense to dig a trench and determine where the leak is. Pipe repair like that will cost a lot more and may not even be effective.

A pipe bursting method will get the old pipe out of the way and replace it with a newer pipe, often one that is reinforced for better durability. The best part is, you don’t even have to worry about having to redo an entire lawn.

Absolutely. Believe it or not, this method of adding new piping is one of the safest methods currently on the market. That’s exactly why it’s so popular with state and local governments.

Lawsuit-wise, it just makes sense. It’s less liability than traditional excavation method since people are less likely to fall in a trench and because it also won’t damage the surrounding areas the way trench digging might.

PRO TIP – If you are using pipes to transport something potentially dangerous or toxic, talk to a pipe bursting specialist to see if this is the right method for your project. While it is usually safe, some pipes generally need to be installed with a special material or process. 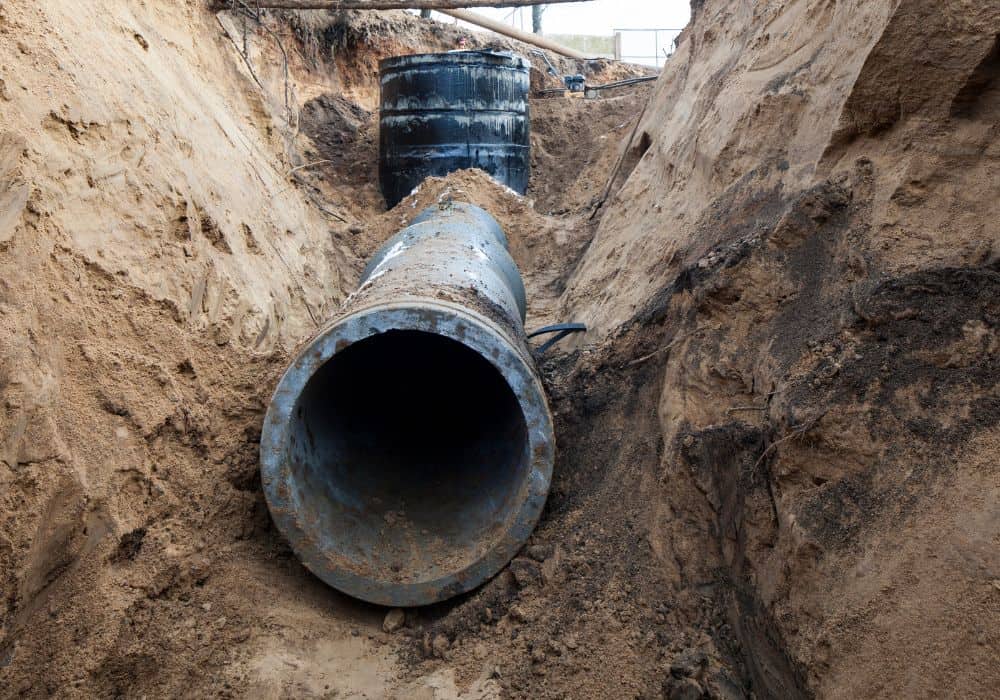 The vast majority of the pipes that are laid via pipe bursting are made from PVC. This is great news for people who want a long lifespan because PVC pipes can last for anywhere between 50 to 100 years.

A good rule of thumb is that you should expect the pipes laid through bursting methods to last around 50 years. So, if you install new pipes through this method, you probably won’t have to worry about this again.

How much does pipe bursting cost?

This all depends on the type of pipes that you want to use, the size of the pipe bursting project, your location, and a number of other factors. A typical pipe burst project can cost anywhere from $4,500 to upwards of $20,000 for homeowners.

When people look at projects that have to deal with city-wide projects, major sewer repairs, important utilities, or high-intensity drilling, then the price goes up. It’s not unusual to hear about sewer repair costing well over $50,000 in some cases.

Why is pipe bursting so expensive?

Like with most other major projects, pipe bursting is a major decision that can carry a lot of risks as well as a lot of needs. Here’s why it’s so expensive:

PRO TIP – Residential pipe bursting companies are few and far between compared to regular plumbing groups. Shopping around may help, but it’s unlikely that you will get much of a discount.

Can you DIY a pipe bursting project? 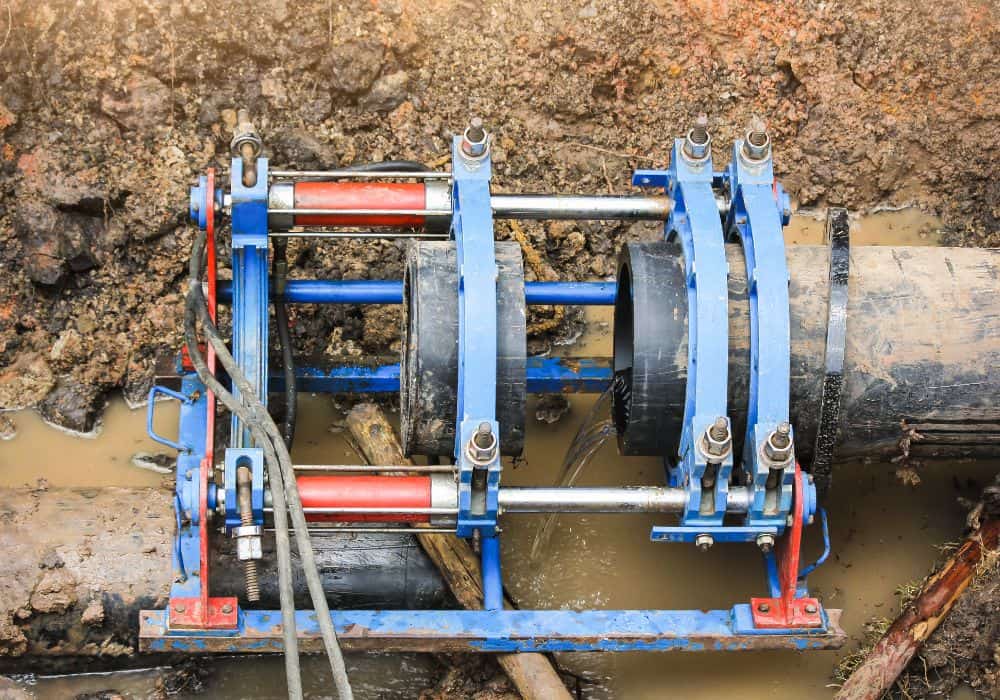 It may be tempting to try to rent a pipe bursting machine and do your own work, but we do not advise it under any circumstances. Pipe bursting is a project that can be heavily involved and it also can be easy to botch.

Moreover, many parts of the country do not allow people to do their own pipe bursting simply because of the damage it can do to local sewer drains. So even if you want to do your own, you usually can’t unless you are a licensed and bonded contractor with certifications.

Pipe bursting technology is an easier, safer, and often more cost-efficient way to replace an existing pipe with a new PVC pipe. It literally breaks the old pipe as the new pipe gets laid in the exact same route as the previous pipe using a specialized force-applying machine.

If you are in need of a new pipe that won’t mess up your lawn, then using pipe bursting can be a quick way to make it happen. It’s just a way to install a new pipe, but wow, what a difference it can make.